Lehman threw for 339 yards and accounted for five touchdowns, and Massey caught eight passes for 184 yards and three touchdowns to lead the Golden Eagles to a 40-28 South Central Conference win over visiting Adams-Friendship.

The Mauston offense took some time to get on track, however, as the teams played a scoreless first quarter and the Golden Eagles didn’t lead until the third.

Adams-Friendship (1-3, 1-1 South Central) found the end zone first, scoring early in the second quarter before Mauston (3-1, 2-0) pulled even when Lehman found Massey for a 42-yard touchdown pass to tie the game at 6 at halftime.

The Green Devils opened the third quarter with another touchdown, then Lehman got to work. The senior quarterback, who completed 25 of 31 passes, threw a 25-yard touchdown to Massey and a 3-yard touchdown to Carver Goodman to give Mauston a 20-12 advantage.

Brady Baldwin added a 10-yard touchdown run to close out the third quarter, with Lehman finding Massey for a two-point conversion that stretched the lead to 28-12 going into the fourth.

The Green Devils didn’t let the game away from them, pulling within one score twice with a pair of fourth-quarter touchdowns. But Mauston answered each time, as Lehman ran for a 3-yard touchdown and eventually capped the scoring with a 17-yard pass to Massey.

While much of the big plays came through the air, Mauston’s rushing attack also found success Saturday. The Golden Eagles ran for 119 yards and two touchdowns on 24 carries, including Baldwin’s 11 attempts for 63 yards and a touchdown, and Antonio Najera turning 11 carries into 49 yards.

Lehman has completed 72 of 110 passes for 907 yards, 11 touchdowns and four interceptions this season, while adding two rushing touchdowns. Massey has caught 16 passes for 283 yards and seven touchdowns, while Najera has a team-leading 493 rushing yards and four touchdowns on the ground.

Mauston — which went 5-2 overall, including 4-0 in conference play, to win the 2020 South Central title — is scoring 36.0 points per game this season, including 43.3 points per game in its three wins. The Golden Eagles will look to run their winning streak to three when they visit Montello/Princeton/Green Lake (0-4, 0-2) on Friday.

A high scoring offense was a recipe for success last fall for the Mauston prep football team as it averaged 32.4 points per game en route to a…

The Warriors and Blackhawks will kickoff a day ahead of schedule due to the state-wide officials shortage.

Mauston football continues to dominate any day, rolls to 44-0 win over Montello/Princeton/Green Lake

The Golden Eagles scored 20 of their 28 first-half points in the first quarter and rattled off a third straight win to stay unbeaten in South Central Conference play. 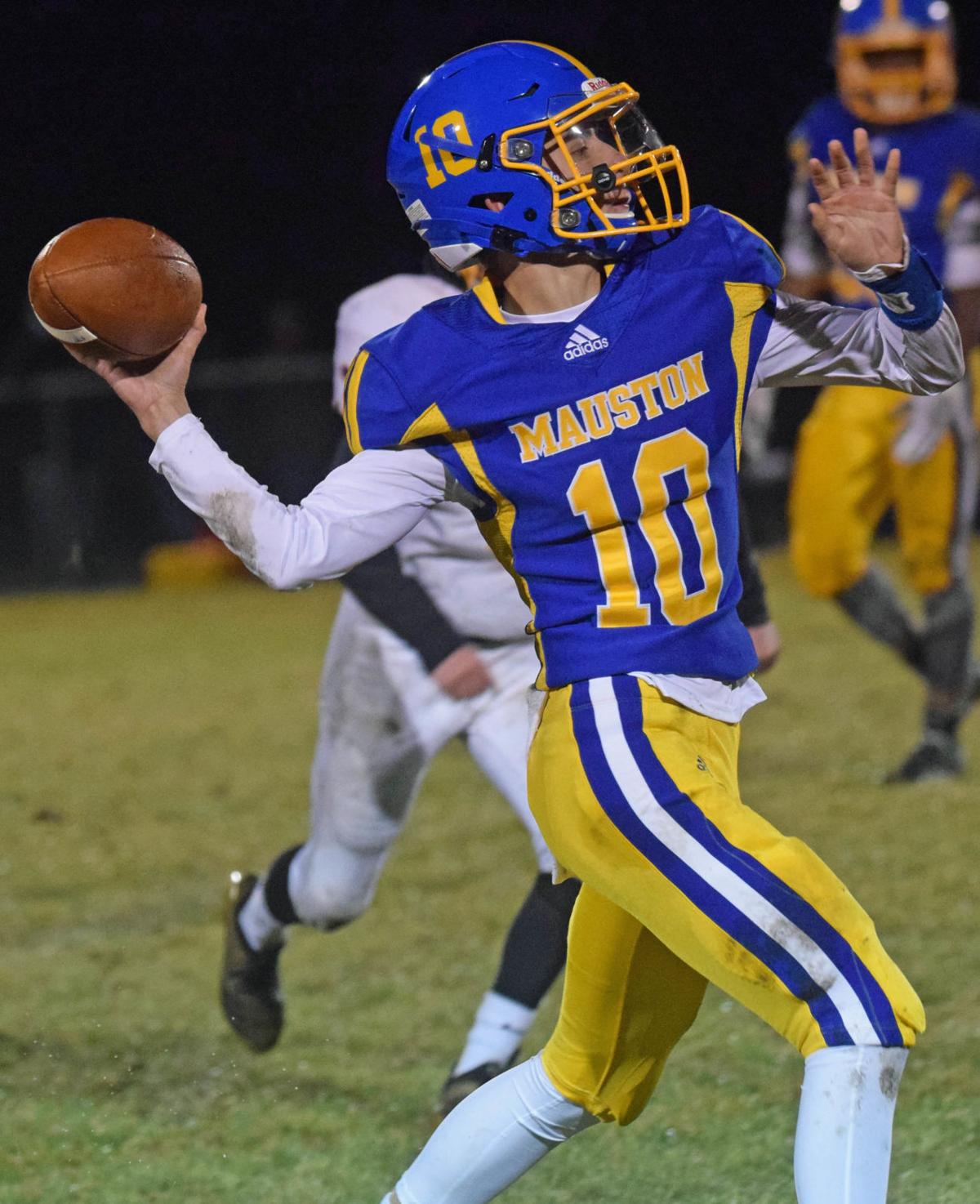 Mauston's Spenser Lehman loads up to make a pass during a South Central Conference game against Westfield on Oct. 23, 2020. 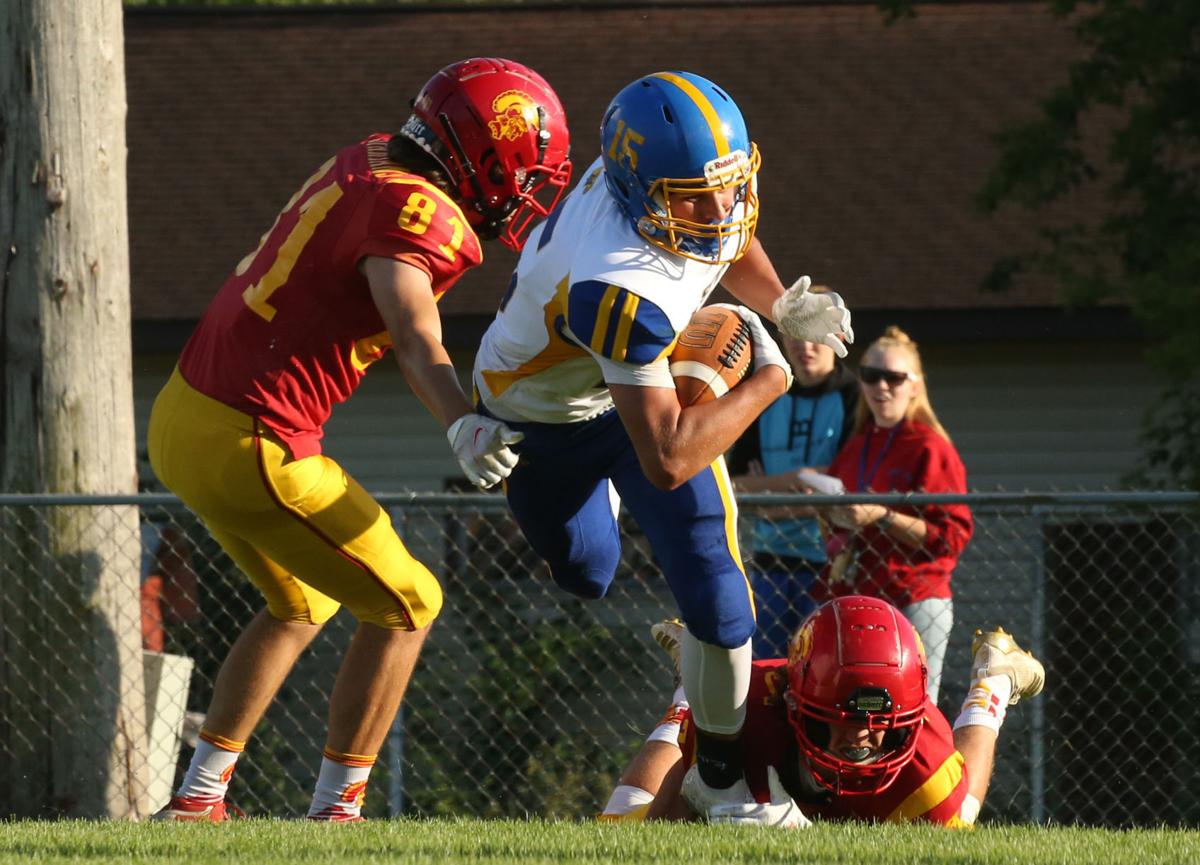 Mauston's Brock Massey picks off a pass intended for Sparta's Carson Kelsey in the end zone near the end of the second quarter of a non-conference game on Aug. 30.