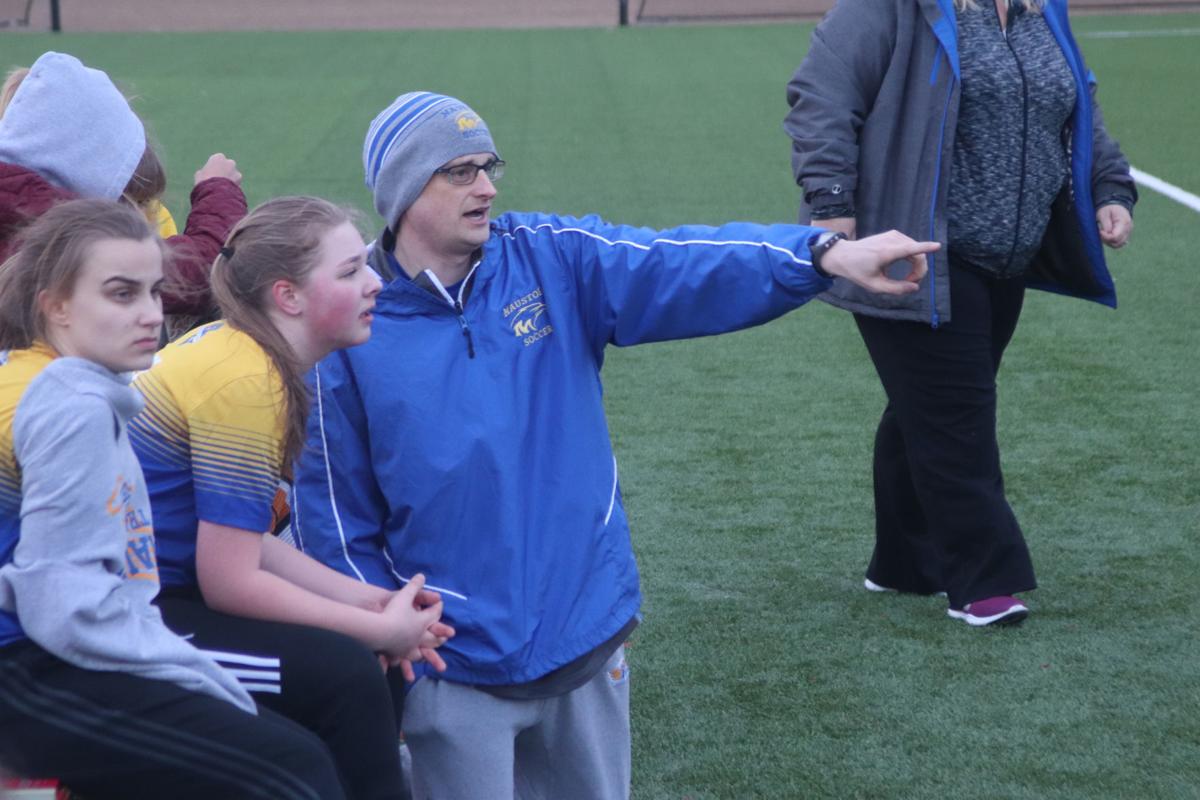 Former Mauston head coach Greg Rowe has been an invaluable resource for former players Katie Nelson and Elizabeth Domke, who are taking the reins of the girls' soccer program. 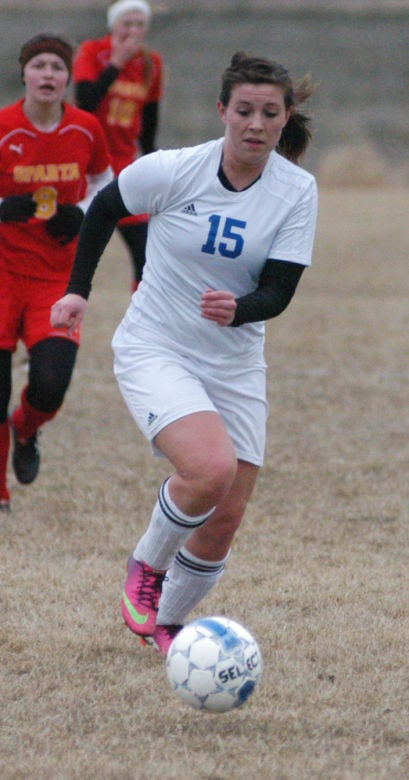 Katie Nelson became one of three Mauston players to ever garner all-state honors at the conclusion of her senior season in 2014.

When Mauston head coach Greg Rowe stepped down after the 2019 season, he had a slight concern: there wasn’t an obvious successor to fill his shoes.

At the conclusion of last year’s campaign, Rowe, who also serves as an assistant on Mauston head boys’ basketball coach Gil Saylor’s staff during the winter sports season, decided it was time to step away from his role has girls’ soccer head coach after nearly a decade and a half of continuous coaching.

“After 13 years of coaching basketball and soccer back to back, it was time to give my wife the husband she deserves,” Rowe said. “Coaching is a major time commitment, I loved every moment of the time I was privileged enough to coach these young women. I always knew I wanted to leave while I still loved it. After last season, it just made sense.”

Ultimately, both of his long-time assistant coaches decided to do the same once Rowe stepped away, so there wasn’t a clear-cut replacement lined up to take the reins of the program.

Luckily for the Golden Eagles, a pair of Rowe’s former players stepped up to take over at their alma mater: Katie Nelson and Elizabeth Domke.

Nelson and Domke are lifelong friends from kindergarten to the present day who graduated together from Mauston High School in 2014. In fact, Domke credits Nelson as being among the biggest factors why she took up soccer as a freshman in high school.

“She’s one of the reasons I actually started playing soccer because she’s been my friend since I was five,” Domke said. “I was kinda torn between soccer and softball, and she convinced me to play soccer.”

During her Mauston career, Nelson put together one of the most prolific résumés in program history. She set a freshman single-season school record with 17 goals in 2011, tied the team record for assists the following season and became one of three Mauston players to ever make the all-state team in 2014.

Rowe noted that she was more than willing to change positions several times during her career and take on different roles on the team as the situation dictated.

“Katie was one of three all-state players we ever had,” Rowe said. “As a leader, she was always very much soft-spoken and lead by example. The team kinda always followed her competitive spirit.”

As a newcomer to the sport entering high school, Domke spent plenty of time putting in the work and playing junior varsity over her first three years. She took on an expanded varsity role as a senior, but was prepared to make sacrifices for the long-term benefit of the program as well. Rowe recounts a conversation Domke initiated early in her senior season that still sticks with him to this day.

Domke approached him before the first game of the year and inquired about her playing time. She then suggested that he shouldn’t hesitate playing younger players ahead of her, even naming a couple of freshman players who she believed deserved some of her minutes.

“She said ‘if you have a choice between playing me and playing them, they’re more valuable in the long term,’” Rowe said. “I have never, in 13 years, had another conversation with an athlete like that.”

After high school, Nelson attended UW–Whitewater, where she played intramural soccer, and graduated from there in 2018 with a degree in human resource management. She currently works in human resources at Foremost Farms in Baraboo.

Domke graduated from UW–Stout and now works as an instructor for Upward Bound, a federally-funded program that provides support for low-income and/or first-generation students as they prepare for college. She travels around the area working with students at high schools in Mauston, Necedah, Tomah and Adams.

Since Domke was back working with Mauston High School and her former high school soccer coach, she caught wind of the vacancy and approached Nelson about it before going to Mauston athletic director Randy Gyllin. Eventually, the duo was picked to take over: Nelson was tabbed as the school’s new girls’ soccer head coach with Domke as an assistant coach.

Domke noted that, as soon as he found out she and Nelson were interested in the openings, Rowe approached her to let them know he’d be there to help them with the transition any way that he could.

Neither Nelson or Domke have previous experience coaching soccer, so having their former high school coach as a resource has been invaluable since they were hired, just as he was for them during their playing careers.

“Rowe was a great resource on and off the field and still is. We’ve kept in contact,” Nelson said. “He’s one of the biggest reasons I felt comfortable enough to coach this year.”

Rowe has remained in touch with the new coaching duo, helping them with practice ideas and determining what each of their roles should be based on their particular personalities and potential coaching styles.

For him, finding out that two of his former players who he thinks highly of were interested in succeeding him in the position was an emotional moment.

“After a hearty cry, because I’m a weeper, I got a chance to talk with both of them,” Rowe said. “I really believe they took to heart the things that I hoped mattered. We were going to compete hard and work hard in practice and try really hard to win, but the thing that was always going to matter the most was building a team that felt like a family.”

Both Nelson and Domke spoke highly of their experiences playing under Rowe and are looking at this as an opportunity to pay those positive experiences forward. Of course, the opportunity to take the full plunge into coaching is on pause during the ongoing coronavirus pandemic.

Before things were shut down nationwide, the team had been in the very early stages of preparing for the upcoming season.

“We had a parent meeting that some of the students were at. Elizabeth planned a signup meeting at the school for everyone if they were able to come,” Nelson said. “We did actually have an open gym with the girls the week of March 9th. We were trying to schedule another one for the following week because we had a great turnout and they seemed to really enjoy it and they asked if we could have another one before the season.”

The pandemic prevented them from scheduling another open gym and then obviously put the season on hold. Nelson noted they’re staying in touch with both the players and parents via group chat during the current situation.

Eventually, the day will come where soccer and all other sports resume, and Nelson and Domke will take the next step in their young coaching careers. When it happens, they’ll utilize all they learned under Rowe, keeping his coaching legacy alive and well within the program he oversaw for so long.

“I think he’s the reason I grew to love (soccer) so quickly. He just made it extremely fun. Even if you weren’t the best player on the team, he still made you feel important,” Domke said. “Since Rowe’s such an amazing coach, it’s certainly going to be hard to live up to that. But he’s been by our side through the entire thing.”

Former Mauston head coach Greg Rowe has been an invaluable resource for former players Katie Nelson and Elizabeth Domke, who are taking the reins of the girls' soccer program.

Katie Nelson became one of three Mauston players to ever garner all-state honors at the conclusion of her senior season in 2014.