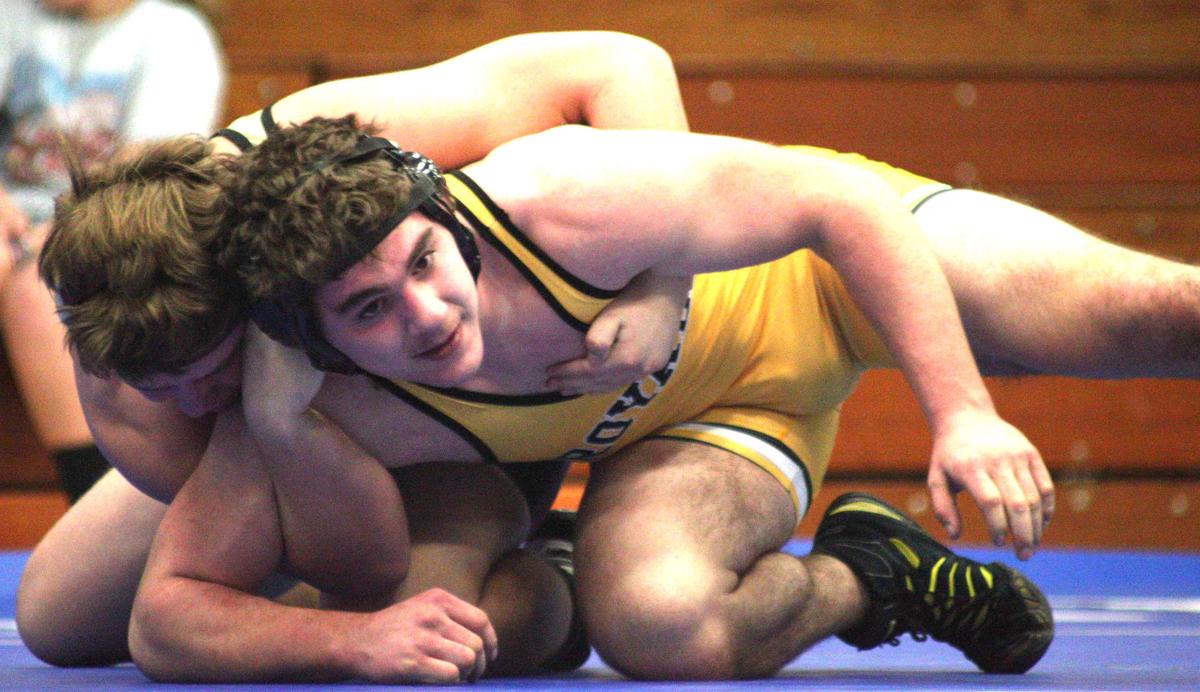 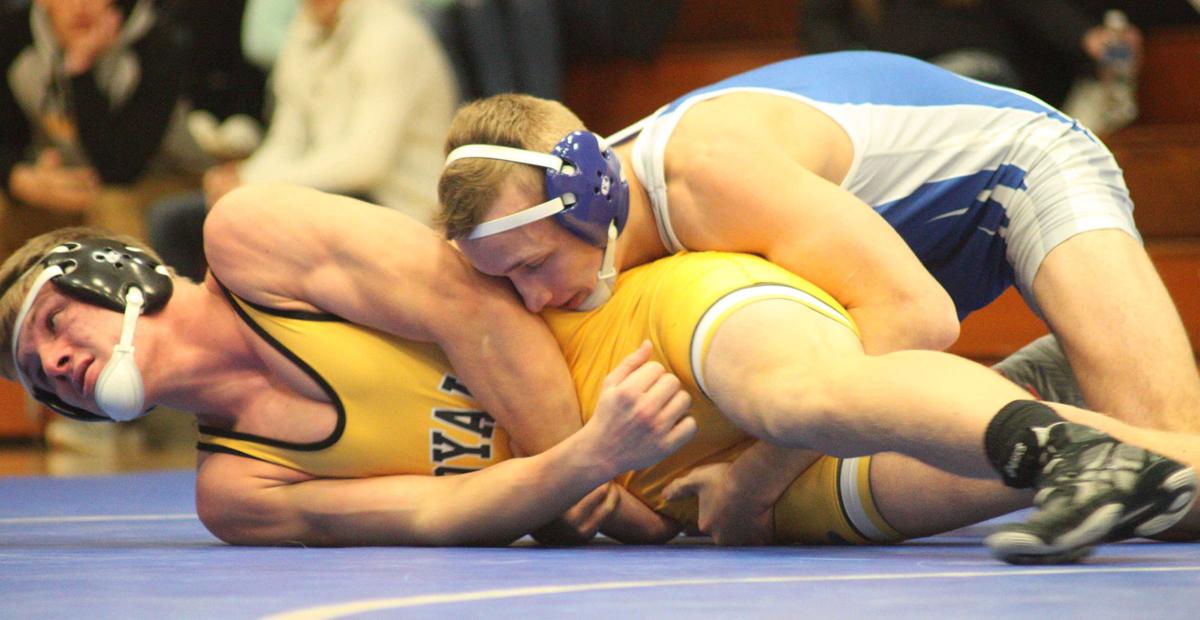 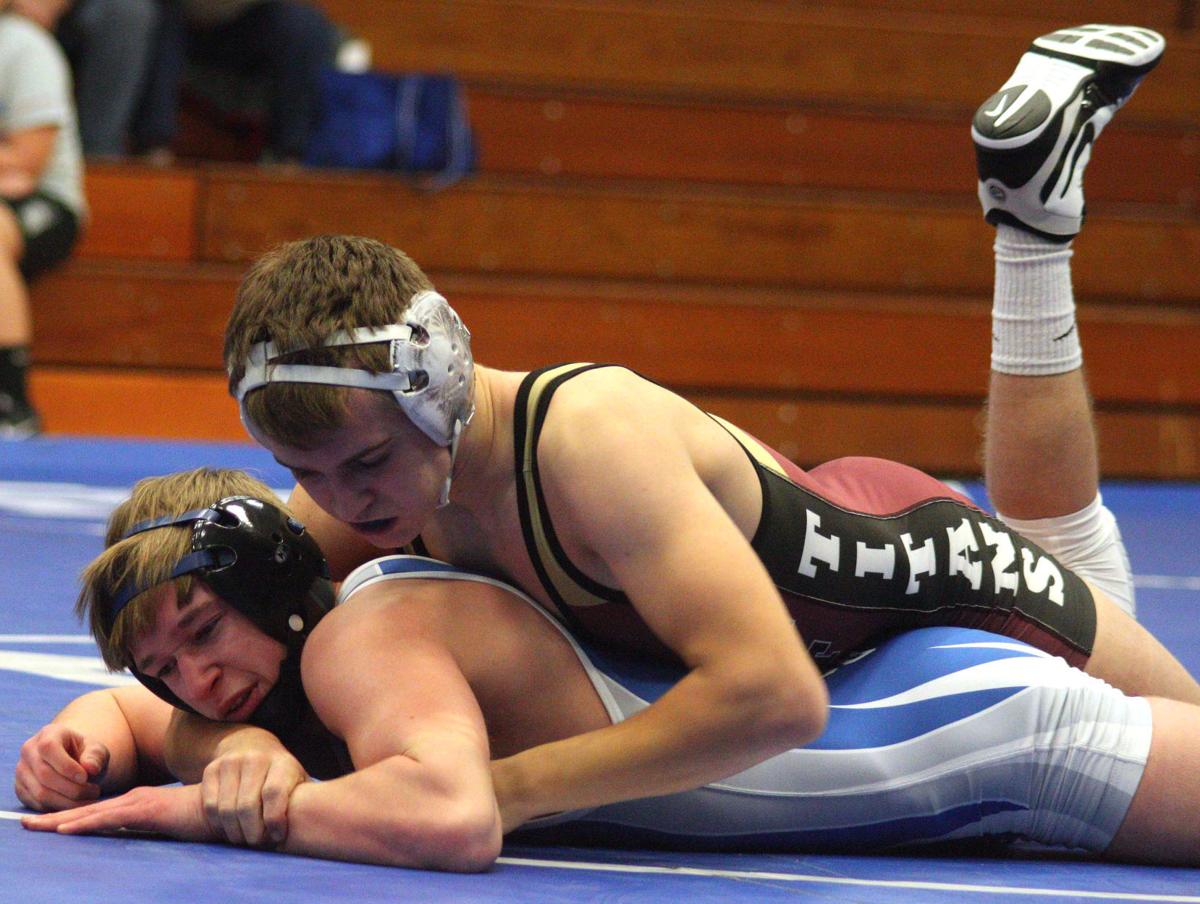 New Lisbon Rockets Isaac LaBudda tries to get out from underneath Melrose-Mindoro Titans Jacob Summers during Thursday's match at New Lisbon High School. 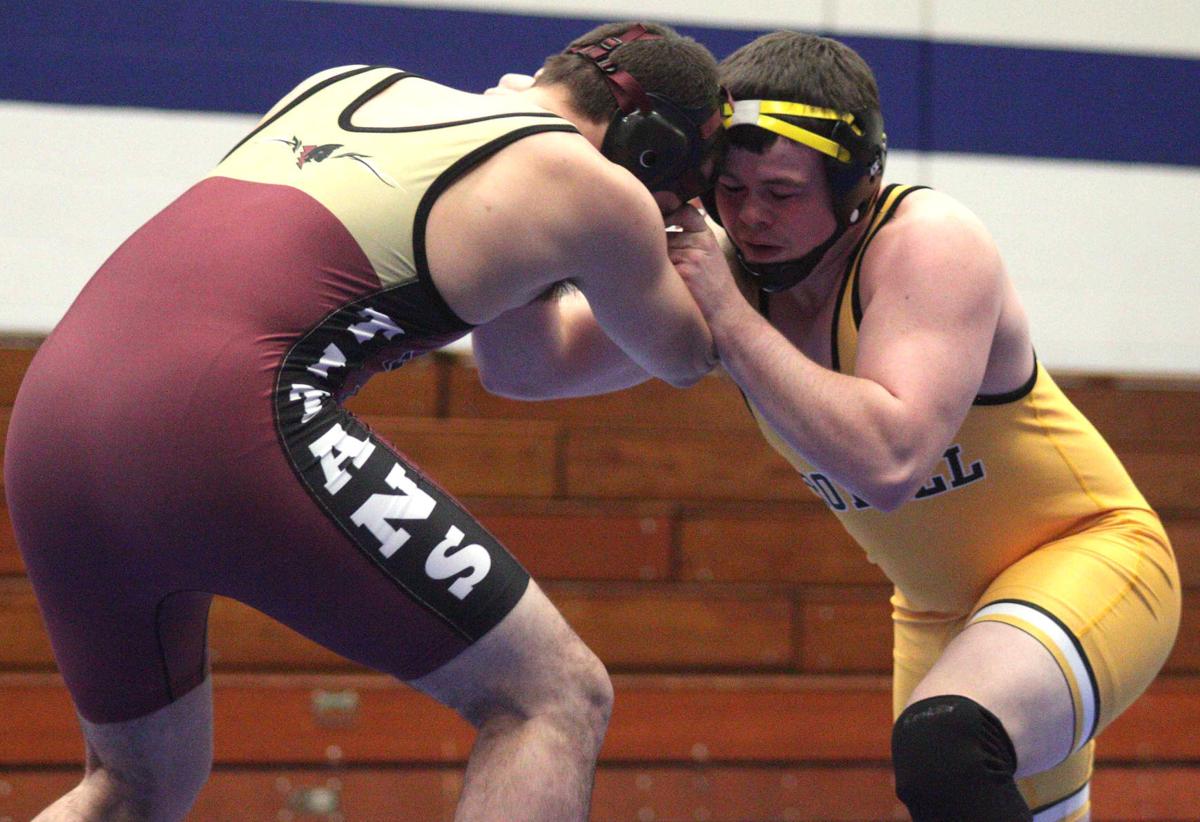 “They (Melrose-Mindoro) just won their Christmas tournament — northern badger,” he said. “But I think our guys went out there and competed.

Royall’s only win against New Lisbon was in the 285 weight class when Matt Preuss won by fall against Jake Woggon, pinning him in the first period at 1:25.

In their second matchup of the night against Melrose, the Rockets struggled with Rockets Baumgart being defeated by Colton Sime (106) in a 30-10 major decision. Rocket’s Woggon falling to Josh Marciulionis (285) by fall at 28 seconds. Rockets Ethan Turner (120) was defeated by fall against Julian Purney in the second period at 3:48.

“It’s hard with a few days with the school cancellations the last few days,” Beiermier said. “But our conditioning right now is really what we’re working on.”

Slater said moving forward the team plans to keep improving on fine tuning their technique, but also wants the athletes to focus on believe in the process that leads to success.

“It takes time, believing in the process that it will happen,” he said.

Nate Abel was the first one to hit from beyond the arc for Beaver Dam’s prep boys basketball team Friday night against Portage. He was also th…

RANDOLPH — John Koopman got career win No. 300 on Monday night in rather unspectacular fashion.

BOYS HOOPS: Abel pours in 40 points, Beaver Dam races up and down court to blow out Port Washington

Nate Abel is no slouch when it comes to scoring, more than evident in the fact he averaged 20.4 points per game over the first 20 games of the…

Kobe Smit had a game-high 28 points Friday night for Cambria-Friesland’s prep boys basketball team. None of them were bigger than the six he s…

New Lisbon Rockets Isaac LaBudda tries to get out from underneath Melrose-Mindoro Titans Jacob Summers during Thursday's match at New Lisbon High School.