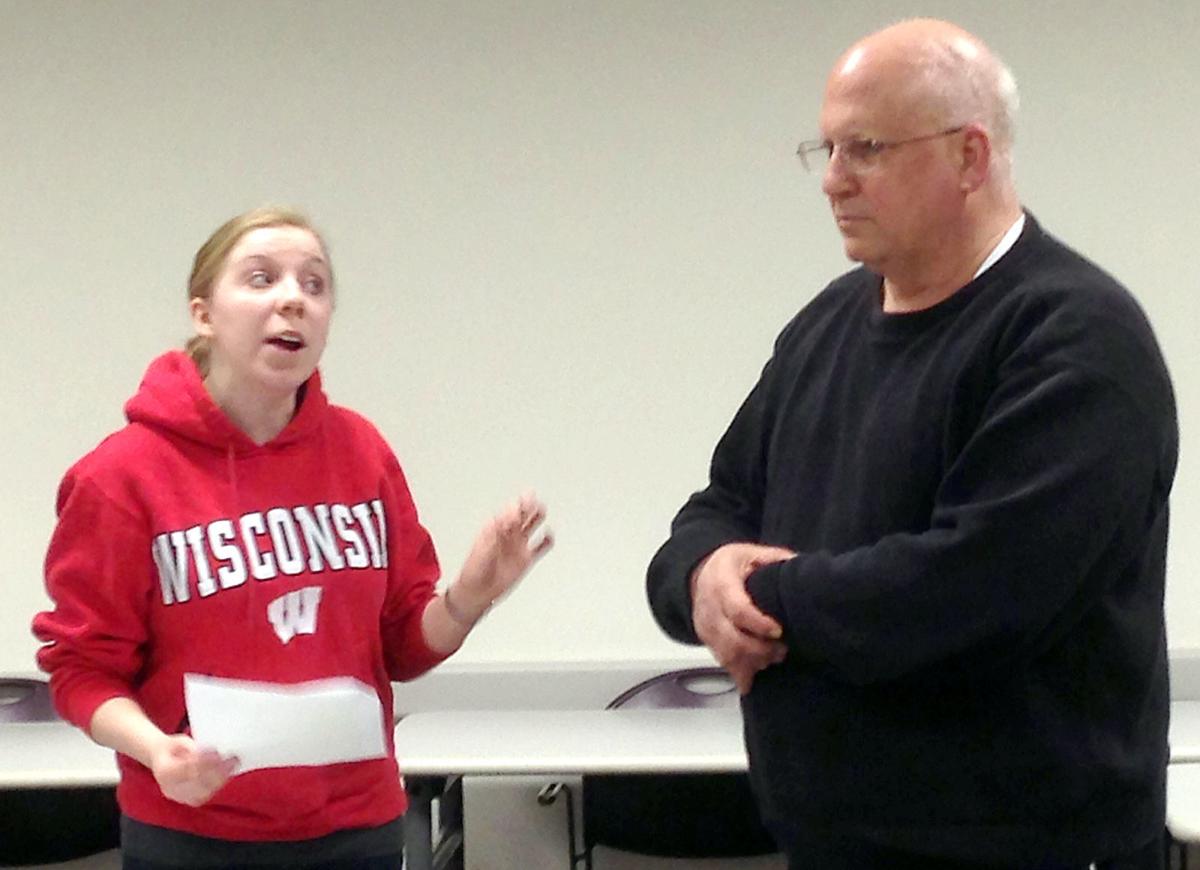 Kayla Schaller and Bill Greenhalgh are among the 30 actors performing roles in short plays in CAB Theatre's production of "Lost." They're pictured here rehearsing Scott Kindschi's "Existentialism Lost and Found." 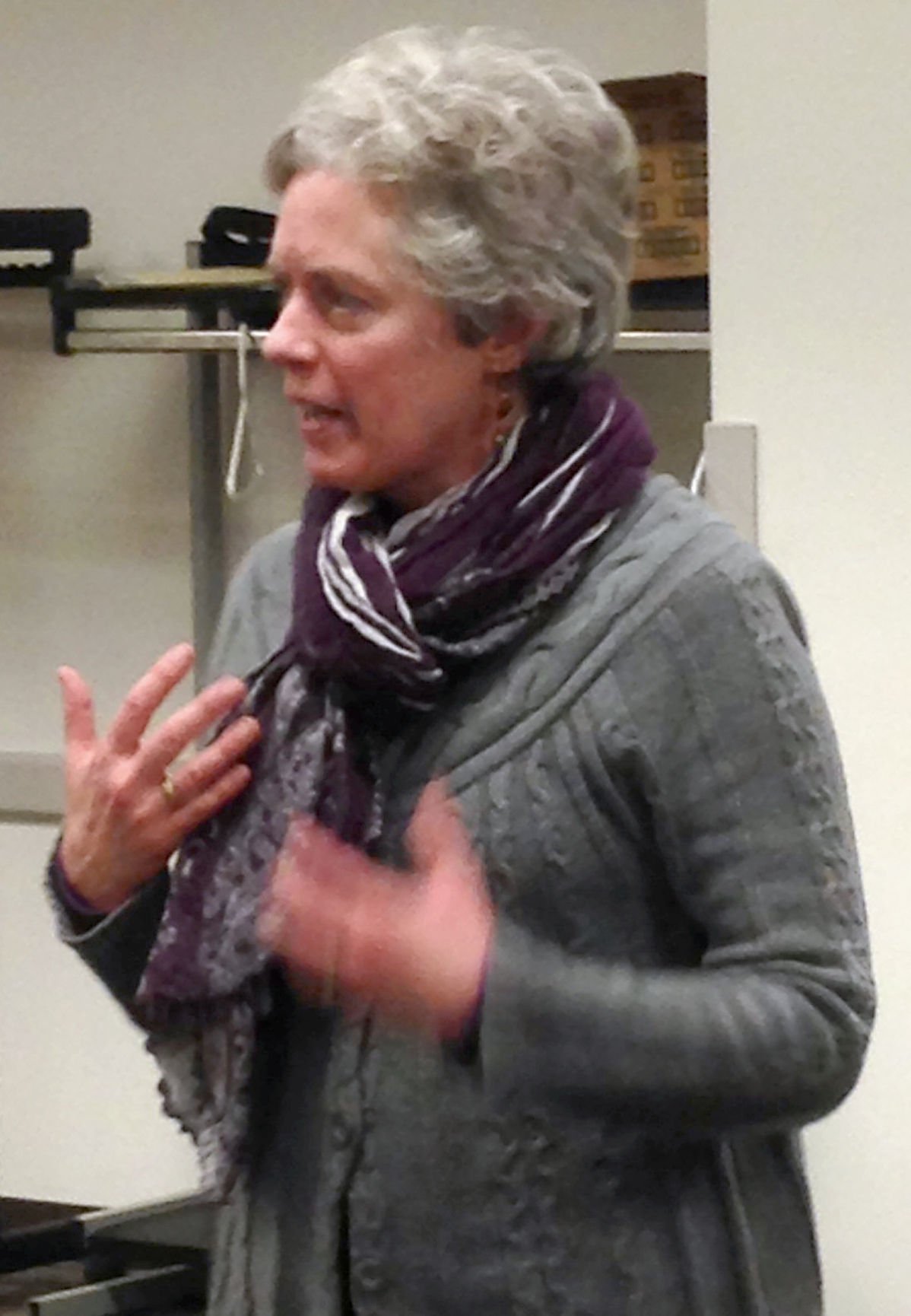 Siebecker is directing CAB Theatre’s latest production of locally-written short plays, titled “Lost.” Free performances are set for 7 p.m. May 1 and 2 at the University of Wisconsin-Baraboo/Sauk County campus theater.

Each play centers on the theme of loss, but offers a different take. “The plays that make up ‘Lost’ are so different from each other but fit so nicely together,” Siebecker said. “There are some that are more serious in nature and others that are hilarious.”

Molly Arbogast, who wrote one of the plays and appears in another, said CAB’s productions provide a unique outlet for local playwrights. She said seeing her scripts come to life helps her hone her writing skills. “It’s an opportunity to work them a little bit and see them up on stage,” Arbogast said.

CAB has produced short plays written by local authors for two years. “Lost” presents new challenges: First, it combines more scripts and actors than previous installments. Second, the production team is weaving the short plays together by threading in an ongoing narrative that turns the individual pieces into a whole.

“We have 14 original scripts by nine local playwrights and a few surprises that help tie the whole production together,” Siebecker said. “We have about 30 actors in this unique play, making it one of CAB’s most ambitious projects to date.”

Kelly Dwyer, who like Siebecker is a playwright and CAB board member, said the community theater troupe strives to give local playwrights opportunities and inspiration. “Many theater companies produce the same shows all across the U.S.,” Dwyer said, “and while those popular plays are great, CAB feels it’s important to showcase local talent in acting, directing and writing.”

Playwrights’ approaches to the theme range widely. One play examines the ramifications of a fatal accident. Another addresses the challenges of being mobbed by One Direction fans. Yet another features Disney princesses describing how they lost their virtue.

“I think it’s a nice variety,” Arbogast said. “This is definitely a lot of different interpretations of loss and losing things.”

Siebecker noted “Lost” has a PG rating for “some strong language, a few drug and alcohol references and more than a little sexual innuendo.”

Those who attend will see characters facing true-to-life challenges, whether they’ve lost their keys or a loved one. “I think a lot of it will resonate with them,” Arbogast said. “I think there’s something true in every one of these.”

What: CAB Theatre's production of “Lost”

Senior royals walk in the Duke of Edinburgh's funeral procession

The Dodge County Sheriff's Office is investigating two deaths believed to be a homicide/suicide.

Kayla Schaller and Bill Greenhalgh are among the 30 actors performing roles in short plays in CAB Theatre's production of "Lost." They're pictured here rehearsing Scott Kindschi's "Existentialism Lost and Found."