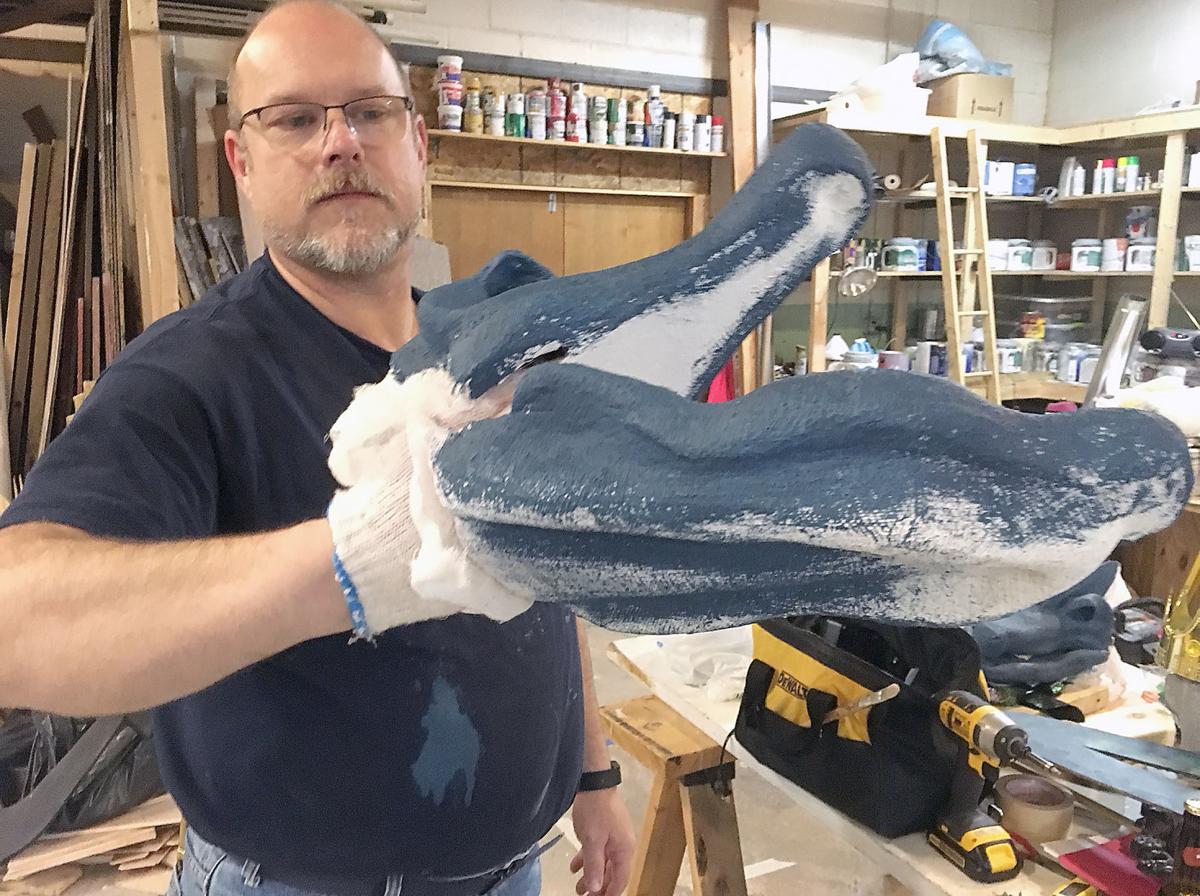 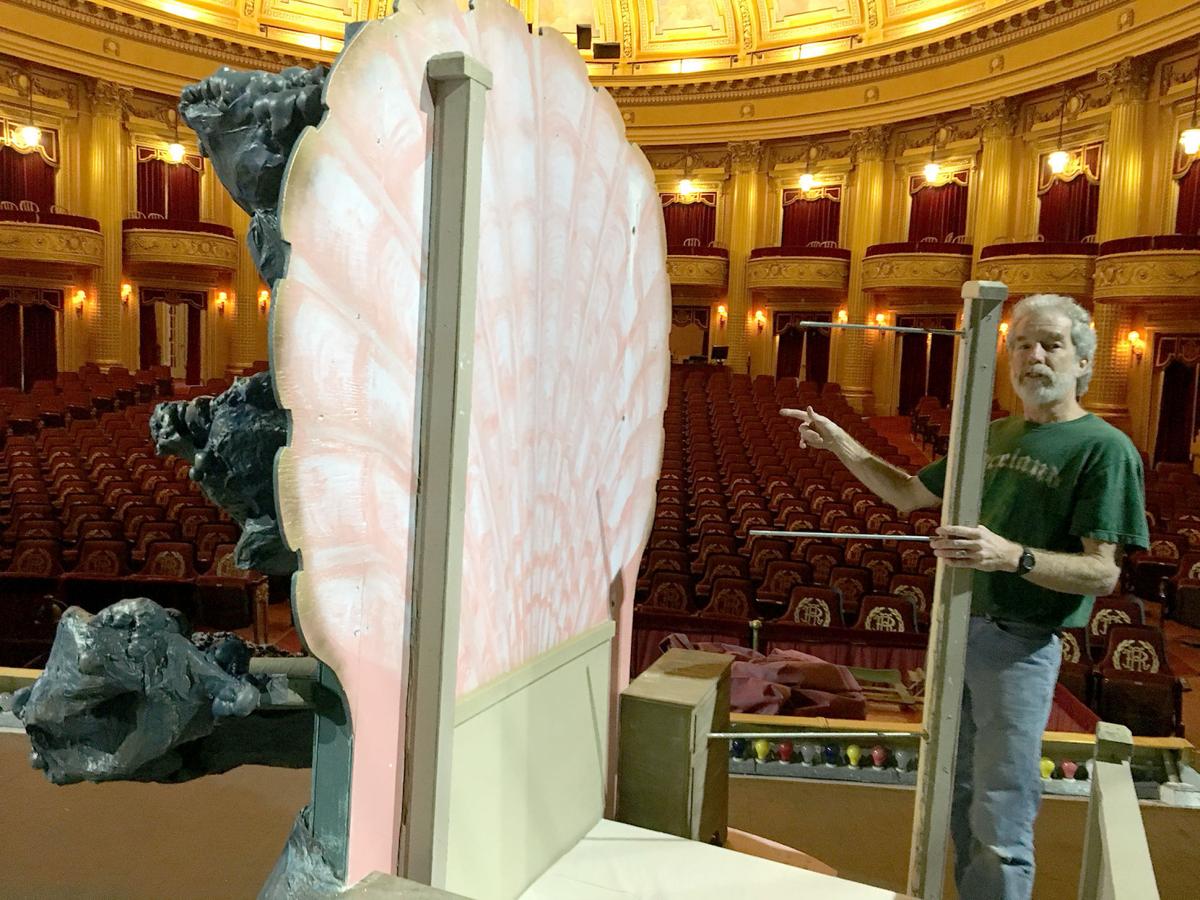 Danny Beard shows how a two-sided set piece serves as Ariel the mermaid's bed and her grotto of treasures. 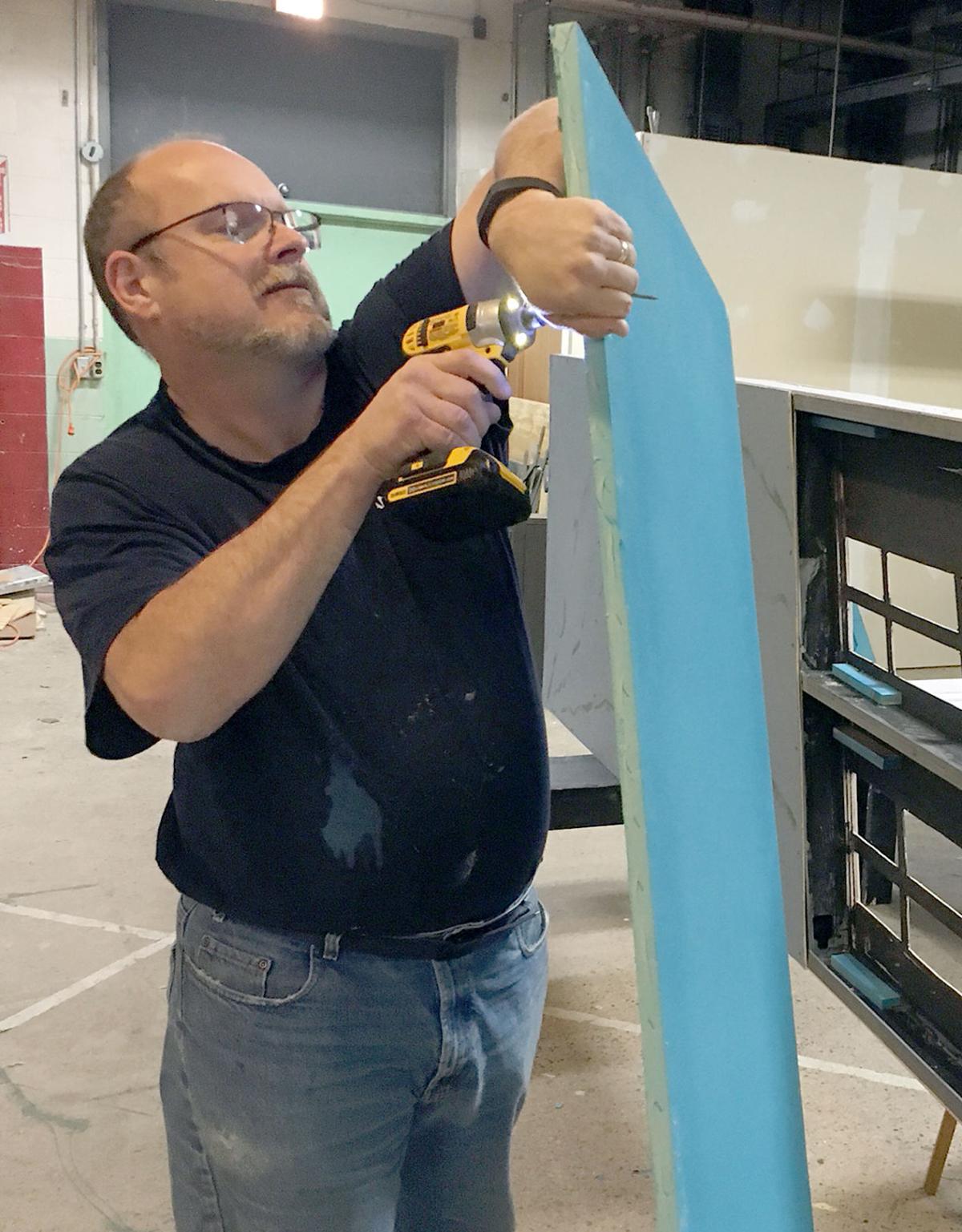 Mikka Roessler uses a drill on a piece of "The Little Mermaid" set. It was built at the Baraboo Theatre Guild's shop inside the Baraboo Arts building before being transported to the Al. Ringling Theatre. 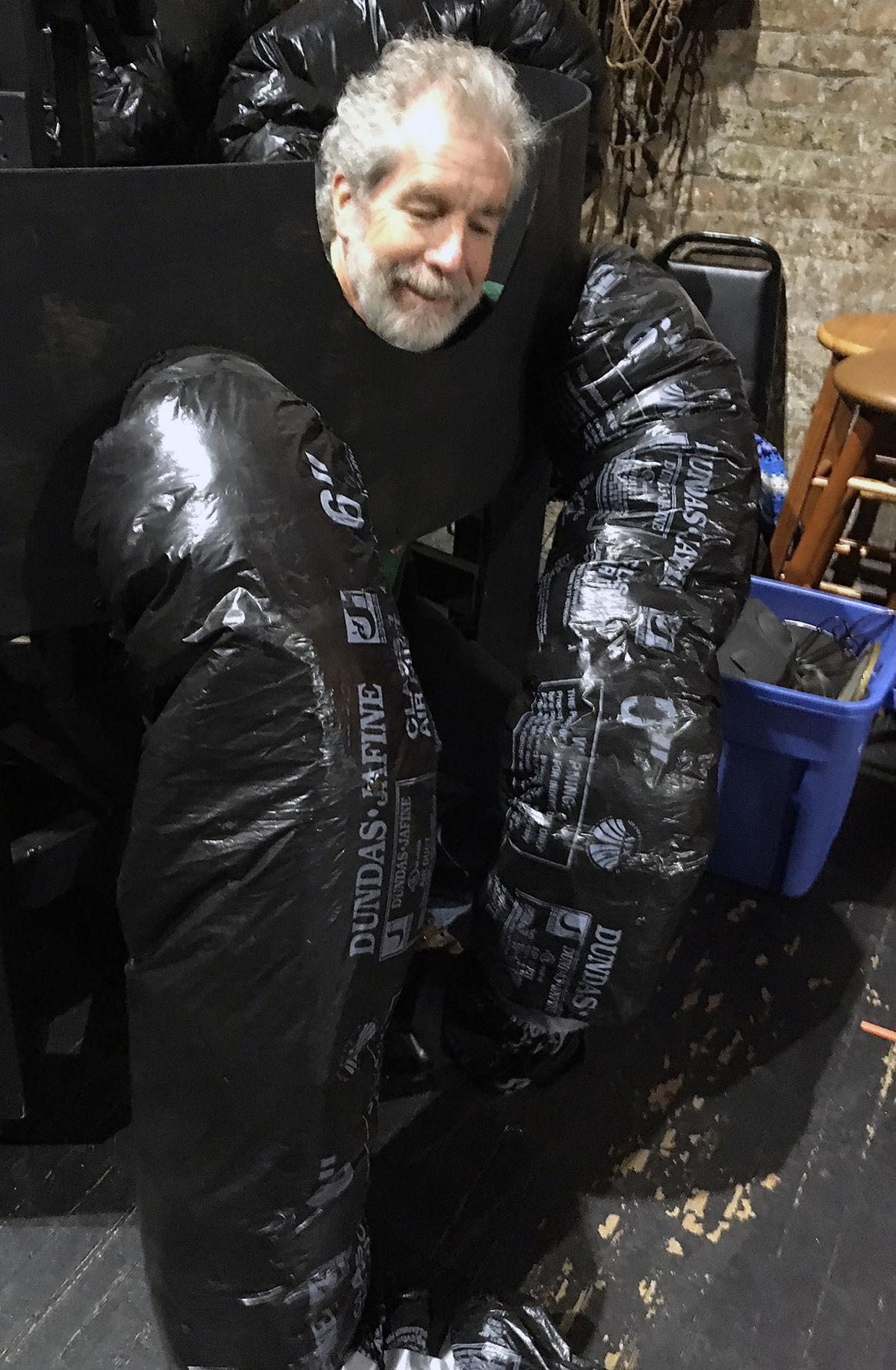 Danny Beard demonstrates howthe minions of Ursula the sea witch will use foot power to move her rolling platform across the stage.

Those who built the set for Baraboo Theatre Guild’s production of “The Little Mermaid” would prefer that they, like their handiwork, remain in the background. But their ingenuity has attracted the spotlight.

“They are doing astounding work and are creating an underwater fantasy world,” said director Tina Lang. “The audience will be amazed at their artistry, and their work is so exceptional that it inspires the cast, too.”

Designer Mikka Roessler and builder Danny Beard have spent several weeks — and about 300 hours each — creating Ariel the mermaid’s home under the sea. When the curtain goes up Thursday night, they hope the set seems so real, audiences will forget they’re being transported fathoms below.

“If I’ve done my job right, they won’t even notice,” Roessler said.

The crew got a head start when the Theatre Guild bought a ship used in St. John’s Lutheran School’s production of the youth version of the musical earlier this year. It was expanded significantly, with a midsection to the ship along with a mast and captain’s wheel added. Crew members built two-sided pieces atop rotating platforms, allowing a throne to be spun around to reveal a kitchen, and Ariel’s bedroom to give way to her grotto of keepsakes. They also created a mobile platform for Ursula the sea witch, powered by the feet of actors playing her minions.

“I enjoy the challenges,” said Beard, who has been giving up his Thursday work days as a chiropractor, as well as evenings and weekends, to build the set. He’s been helped not only by Roessler, but by family members and Craig and Mim Olsen.

They used steel, chicken wire and papier mache to make the Al. Ringling Theatre stage resemble an undersea scene. They built scenery in the Theatre Guild’s shop inside the Baraboo Arts building, then moved it to the Ringling.

“You only have to hint at being underwater,” Roessler said.

A week before opening night, the crew was down to wrapping up a few loose ends. As the lights go up Thursday, they’ll try to slink into the shadows and watch audiences voyage into the underwater world they created.

“I think for an eight-performance play, it’s a hell of a set,” Beard said.

Danny Beard shows how a two-sided set piece serves as Ariel the mermaid's bed and her grotto of treasures.

Mikka Roessler uses a drill on a piece of "The Little Mermaid" set. It was built at the Baraboo Theatre Guild's shop inside the Baraboo Arts building before being transported to the Al. Ringling Theatre.

Danny Beard demonstrates howthe minions of Ursula the sea witch will use foot power to move her rolling platform across the stage.