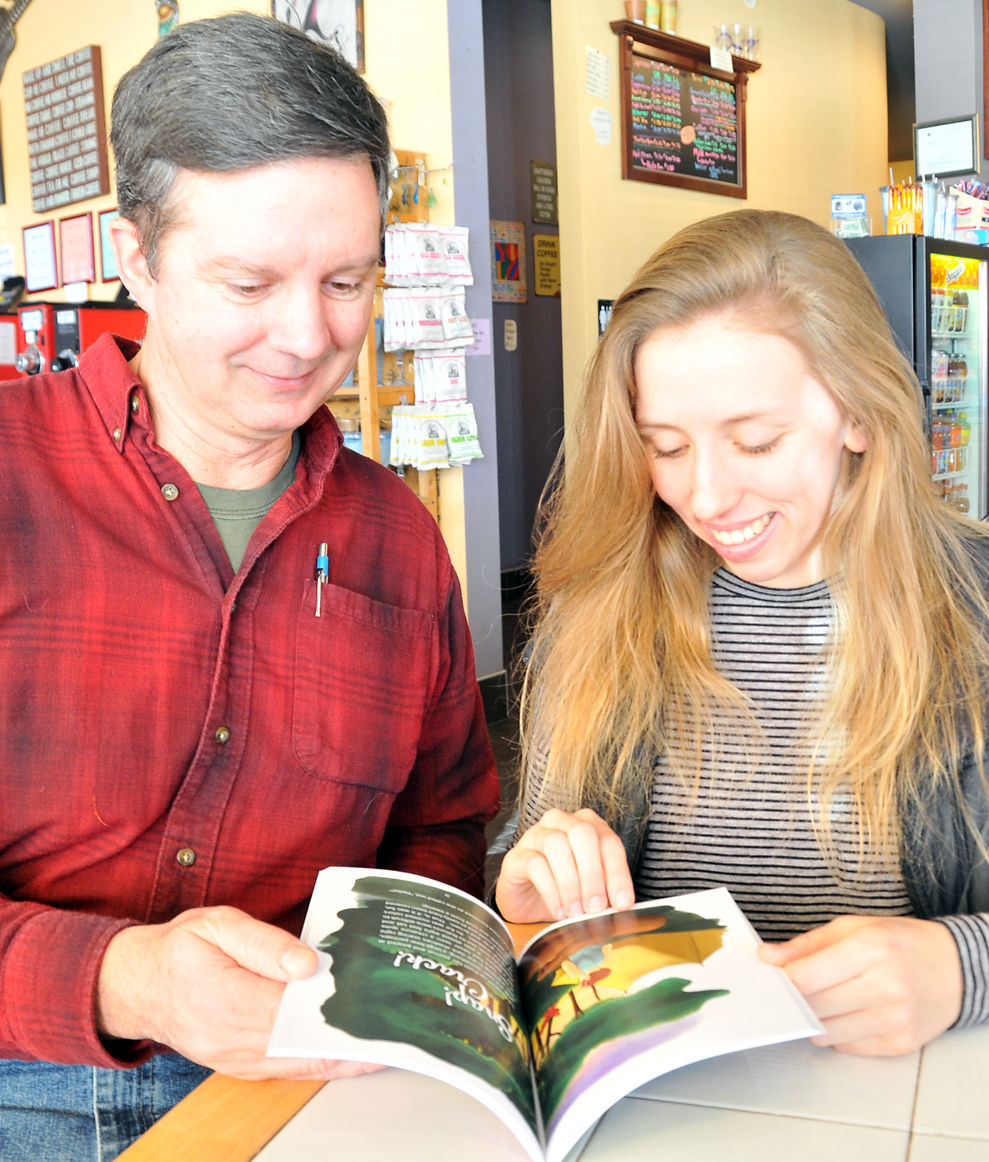 John Hallis and Natalie Krug examine the result of their collaboration, the children's book "Sara Flutterbye and the Spooky Woods." 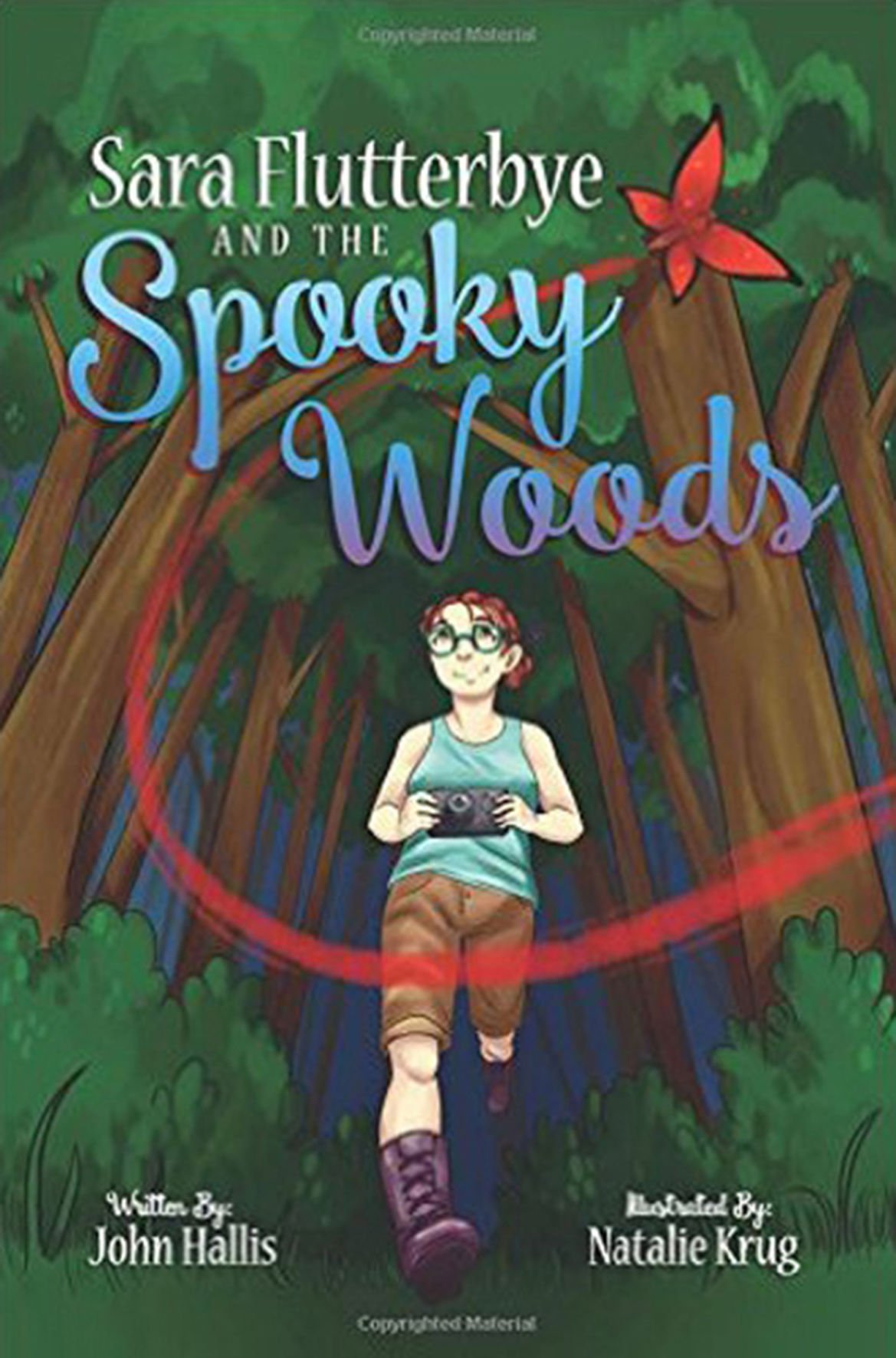 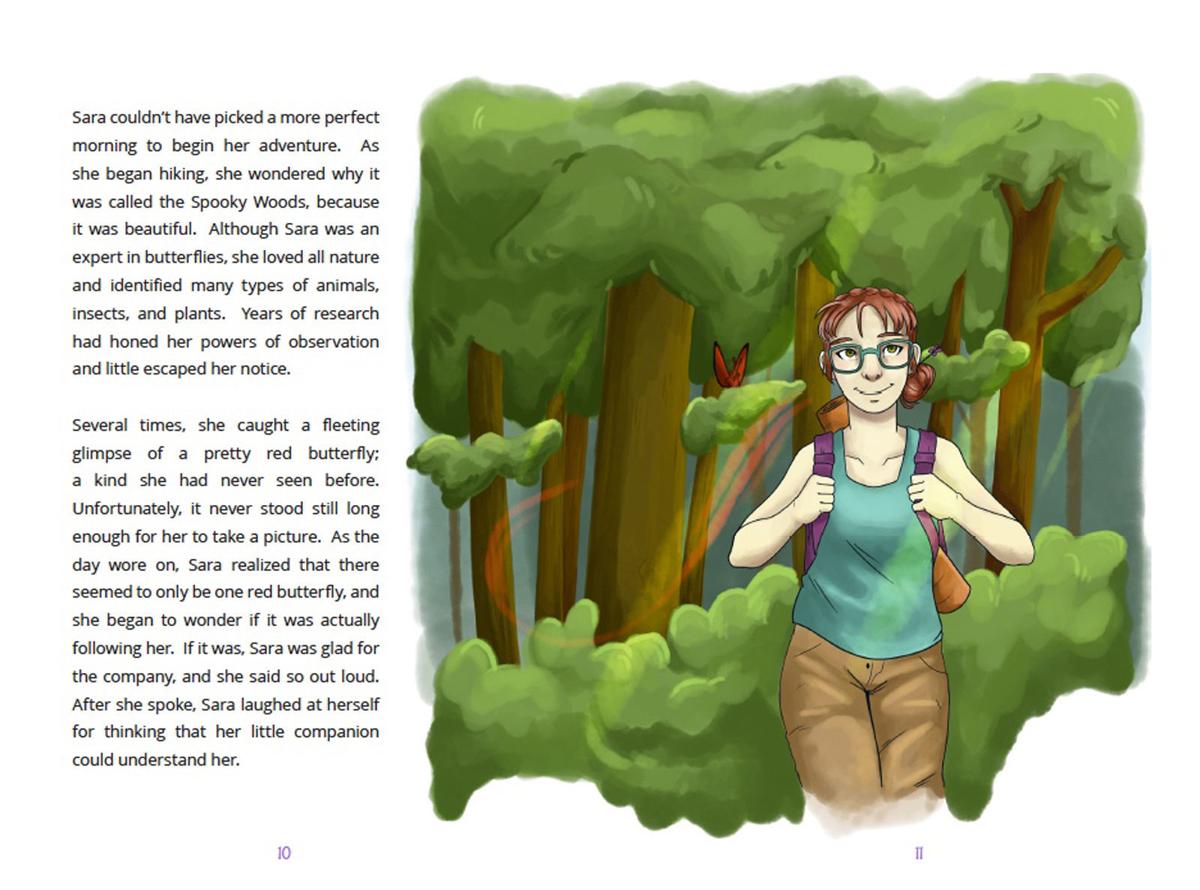 Leisha Hallis might never have starred in a children’s book if her father hadn’t gotten bored one day in his turkey blind.

If John Hallis had seen a tom or two, he might not have pulled a notebook from his pocket and started writing. “Sara Flutterbye and the Spooky Woods” wouldn’t have been published. And an aspiring Baraboo book illustrator wouldn’t have seen her career jump-started.

But bored Hallis was back in 2014, when the North Freedom engineer finally acted on a long-deferred plan to write down the homespun spooky stories Leisha loved. A few turkeys walked by later in the day, but by then the rookie author was focused on his tale. “Suddenly, the words flowed and the hours flew by,” Hallis said.

His children’s book was released this month, and is available at amazon.com. He collaborated with Baraboo native Natalie Krug, a University of Wisconsin-Milwaukee art education major who got a head start on her prospective career as a book illustrator.

Krug spent half a year sketching scenes for the book, and another year outlining and coloring them digitally with Photoshop software. “That’s my niche,” she said.

Hallis’ words and Krug’s artwork tell the story of a university researcher who ventures in the woods in hopes of spotting a rare butterfly. Instead, she needs help from a pair of Birdie’s Café waitresses to escape a bog-dwelling Boogey Man. One of the waitresses is named after Hallis’ 11-year-old daughter Leisha.

Set in Baraboo, the book features a view of Devil’s Doorway, as well as mentions of Birdie’s Cafe. “Those little touches of home are special,” Krug said.

Hallis doesn’t consider himself a writer, but felt compelled to record at least one of the stories he used to make up for Leisha in the car. “She always wanted to hear stories,” he said. “I realized the day is coming when she won’t be asking for ‘spooky woods’ stories.”

He enlisted North Freedom fifth-grade teacher Niki Shafer to serve as editor. A New York designer laid out the book, which Hallis self-published through Amazon in paperback and Kindle form.

Hallis found that Krug’s vision for the story complemented his own. “She’s very talented,” Hallis said. “How many students can say, ‘I’ve already done a book’?”

Krug plans to teach art, but also hopes to illustrate books. Working on “Sara Flutterbye” was a valuable experience in collaboration. “When you have more people feeding the fire, you just get more ideas,” she said.

A career opportunity was realized, a family keepsake created, and a long-held ambition was met, all due to a slow day in a turkey blind.

“My hopes are that people enjoy the story and spread the word,” Hallis said.

“Sara Flutterbye and the Spooky Woods” is available at amazon.com and at saraflutterbyeandthespookywoods.com.

Baraboo School Board rejects recommendation to require masks this fall

A La Valle man sustained life-threatening injuries in a motorcycle crash Sunday along State Highway 33-58 in the village.

A Kenosha man remains in custody after allegedly burglarizing and stealing over $11,000 from a Portage restaurant. He is the suspect in multip…

John Hallis and Natalie Krug examine the result of their collaboration, the children's book "Sara Flutterbye and the Spooky Woods."