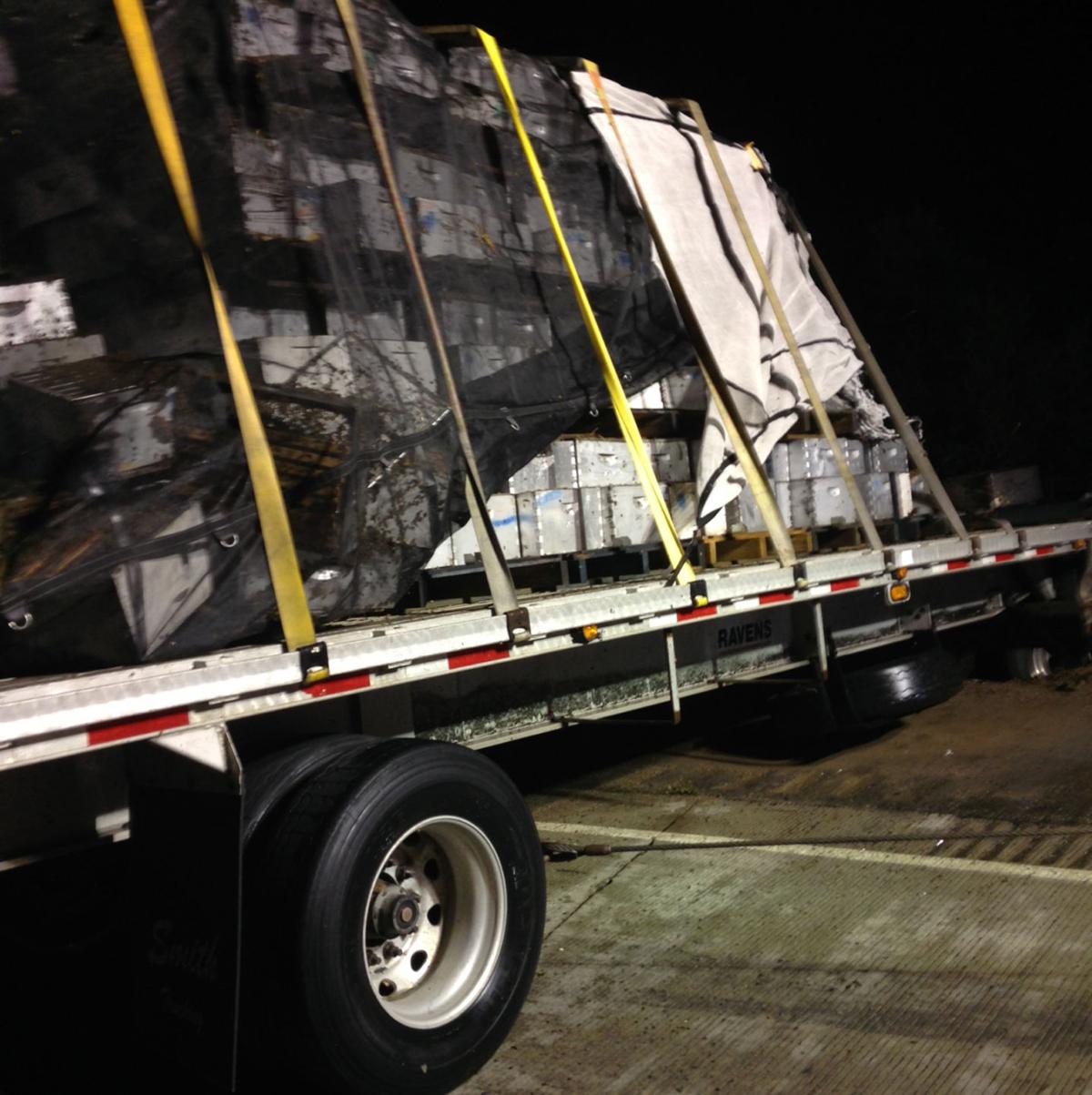 A semi truck full of bees crashed on Interstate 90/94 near Wisconsin Dells on Saturday, prompting calls for help to area beekeepers. 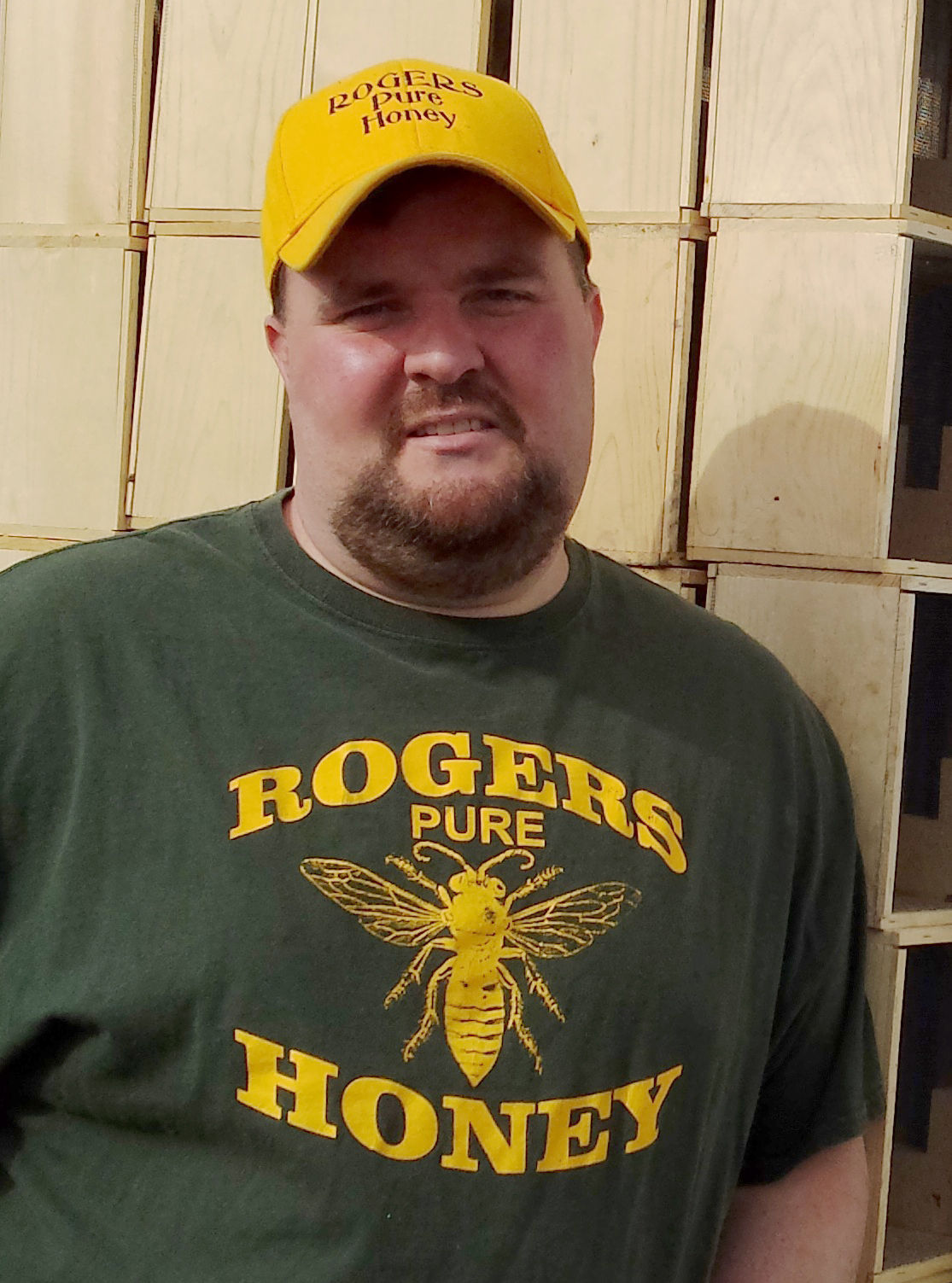 EMTs weren’t the only responders called when a car struck a semi truck on the interstate Saturday evening. Beekeepers came to the rescue, too.

At 10:41 p.m. a Chevy Impala was traveling west on Interstate 90/94 near Wisconsin Dells when it left the roadway and crossed a median into the eastbound lanes of traffic. The vehicle struck a semi carrying honey bees, causing the semi to overturn and catch fire.

John Rogers was celebrating his birthday just a few miles away at Ho-Chunk Casino when he received an emergency call. Law enforcement agencies were contacting area beekeepers to help them corral millions of bees that spilled out of the semi. Rogers headed home to retrieve his beekeeping gear and went to the scene.

Rogers, president of the Sauk-Columbia Honey Producers, was aghast at what he saw: An overturned semi, damaged cars and hundreds of boxed beehives on the ground.

“It was an intimidating experience,” he said. “All of your experience doesn’t prepare you for something like that.”

Besides Rogers, beekeepers from Reedsburg, Wisconsin Dells and Cazenovia responded. They spent several hours at the scene — the eastbound lane of the interstate was closed for five hours — retrieving bees.

Many responders — including beekeepers — were stung repeatedly. Rogers estimated being stung 100 times. “It was horrible,” he said.

But beekeepers answered the call out of professional courtesy. The semi full of bees was headed to Illinois from Tomah, where the bees had pollinated cranberry vines.

“It’s a camaraderie between beekeepers,” Rogers said. “If something happened to me, every single one of them would help me out.”

The driver of the Impala, a Frank L. Williamson of Minneapolis, was killed in the accident. A passenger in a Toyota involved in the crash, 30-year-old Tiffany Murray from Zion, Illinois, suffered life-threatening injuries and was transported by helicopter ambulance to the University of Wisconsin Hospital in Madison.

The driver of the semi, Robert K. Hellriegel, 57, of Frankfort, Illinois, suffered non-life-threatening injuries and was taken to St. Clare Hospital in Baraboo.

The crash remains under investigation by the Wisconsin State Patrol.

Rogers said the semi contained 2,800 hives, many of which were temporarily stored at the Badger Steam & Gas Engine Club grounds outside Baraboo. The hives’ owner, Apiaries Honey Pollination of Frankfort, Illinois, lost an estimated $66,000 worth of bees, plus vehicle and equipment damage.

A semi truck full of bees crashed on Interstate 90/94 near Wisconsin Dells on Saturday, prompting calls for help to area beekeepers.