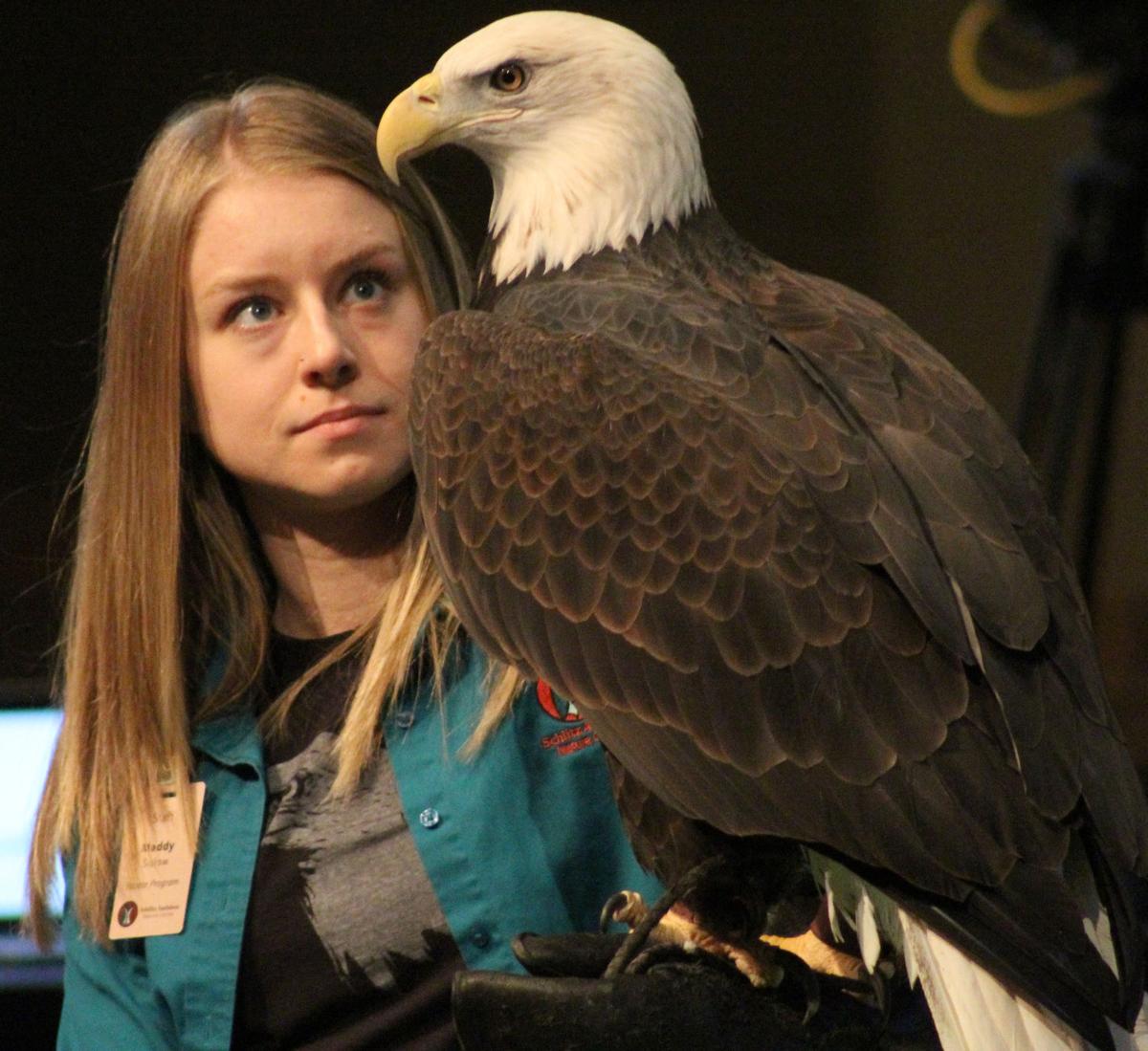 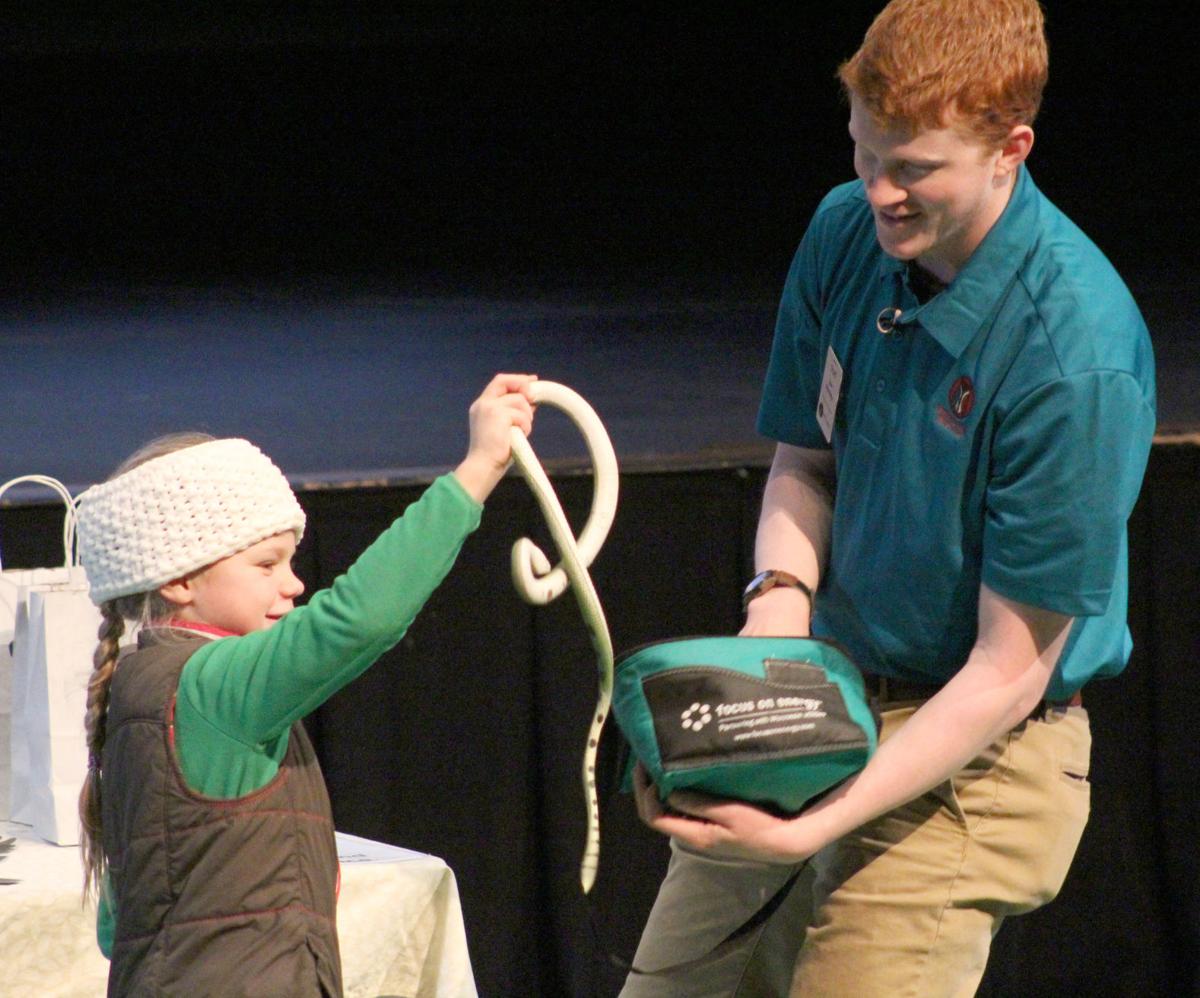 However, the Bald Eagle Watching Days Committee is asking that people be wary of the COVID-19 pandemic when eagle watching.

“We are definitely moving toward a virtual emphasis,” committee co-chair John Keefe said Monday. “Which is good from the COVID standpoint, because it spreads out the crowds. That’s one of the main things about this, we need to avoid crowds and people in close proximity, so that’s why we’re going to a virtual format.

“The key thing is we want to be able to let people know that the Eagles are in the area, and they can watch them virtually as well as to come to the community on their own to view them at some of the spots along the area. We’re going to try to have those spots identified — either virtually, on the ground or both — so that people will have some idea of where to go and what to do.”

Therefore, while the 35th annual Bald Eagle Watching Days — which were attended by over 1,700 people in 2020 — will look different, the community is still planning to celebrate what Keefe calls “a magnificent bird.” The details are being discussed, but Eagle Days will likely last over multiple weekends in January and February, with some content remaining online for people to view at their convenience.

“Bald eagles will concentrate along the Lower Wisconsin River, including the Sauk Prairie area, throughout the coming winter months,” said Jeb Barzen, president of the Ferry Bluff Eagle Council. “Our planned virtual programming will feature eagles along the Wisconsin River, provide experts to answer your questions and show eagle watchers how they can safely visit the area and see the birds themselves.”

The committee is working with the Raptor Education Group to transition their traditional eagle release into a virtual format. An eagle release would be recorded in the Sauk Prairie area, then aired online in conjunction with a virtual question-and-answer session that would give viewers an opportunity to be involved in the program.

“That’s the kind of hybrid that we’re trying to do to provide some sense of virtuality, as well as some sense of tradition,” Keefe said.

For those that want to get out and see the eagles in person, Keefe pointed out three areas along the Wisconsin River in Prairie du Sac that are particularly good for viewing. The overlook near the municipal parking lot and above Eagle Island, the VFW park and the Prairie du Sac Dam.

The dam can be particularly active in freezing temperatures.

“If it’s really, really cold, the Eagles tend to concentrate in the Sauk Prairie area, especially the Prairie du Sac area, near the dam, because the river freezes over and hurts their fishing and eating, so they’re going to go where the fishing is easiest, which is below the dam and about a mile or so down river,” Keefe said. “The open dam guarantees them a source of food.”

While the pandemic has postponed a number of events across the country, that’s not an option for an event that relies on migratory patterns and timing.

“It’s the time the Eagles are at their peak along the Wisconsin River,” Keefe said of why the event will be altered this winter rather than postponed due to the pandemic. “What we have in Sauk Prairie in the wintertime is basically wintering Eagles. They congregate in the wintertime in roosts, which are large bowl-like areas on the bluffs alongside the river. We have about 10 to 12 different roosts that we monitor.

“In the winter time, they’re basically moving away from the north lands, which is where they summer and breed and nest, to come to where they can get food. Because when it’s frozen up north, they can’t fish. When there’s snow on the ground, it’s harder to spot rabbits and other critters scurrying around the ground. … Here they can still get to what’s most important to them, and that’s food.”

While winter is prime time for bald eagles in the Sauk Prairie area, there are a growing amount of nesting eagles in the summer. The increasing numbers correspond with a population explosion that began with DDT pesticides — which made shells thin, causing them to break before hatching — being banned in 1972 by the United States and Canada.

“The DNR does surveys every year, and a little over 30 years ago, (after) DDT was banned, I think there was right around 50 nesting pairs of eagles that were identified in Wisconsin — the whole state,” Keefe said, noting that public consciousness also played a role in getting bald eagles off the Endangered Species List. “Nowadays, there are more than 1,600. And that’s pairs, so you times that by two.

“I don’t think 30 years ago we had any nesting Eagles at all here, now we probably have 15-18 nests within 20 miles of Sauk Prairie. As they have proliferated, they’ve run out of nesting territory, so they’ve had to move further south.”

The Wisconsin Department of Natural Resources reported 1,684 bald eagle nests in the state in 2019. That number was 107 in 1974. The Wisconsin DNR credits the comeback of eagles to the banning of DDT, the endangered species laws, the Clean Water Act, and monitoring and protection efforts.

With that growth in mind, Bald Eagle Watching Days intend to celebrate the bird and educate visitors.

“We’ve been doing Eagle Days for 30-plus years, so we just want to maintain it,” Keefe said. “And I guess it’s an indication of hopefulness that we will not be in this pandemic mode forever, and that people can still come up here for eagle watching in the future, but even this year. We know the Eagles are here, so if people want to come up here to view them themselves or with their families or kids, they can still do that. There’s nothing to stop them from doing that, but this kind of programming will remind them, ‘Oh, the Eagles are here and we can see them.’”

A 3-vehicle accident in the town of Oak Grove claimed one life Monday afternoon. The crash occurred at the intersection of County Highway A an…