He is also charged with felony arson of property other than a building, which carries a maximum prison sentence of three years and six months.

According to the criminal complaint, Portage police responded to a fire alarm at the apartment building at 544 E. Slifer St. at 8:25 p.m., Dec. 24. Upon their arrival, they spoke to a resident who said he heard the alarm go off and went to the basement to see if anything was on fire. The witness saw flames in one of the storage units and ran back upstairs for a fire extinguisher. He returned to put out the fire and called 911.

The complaint states that police observed smoke throughout the bottom level of the building. An officer knocked on all of the apartment doors to make sure all the tenants were clear of the building. He opened the door to the basement and observed a large cloud of smoke, unable to tell if there was an active fire or not.

Prior to admitting he set the fire, O’Brochta had approached an officer at the scene, dropped to his knees and placed his hands behind his head in a “surrender” position, according to the complaint. O’Brochta, who showed signs of intoxication, yelled for police to take him to jail and said he was the person they were looking for.

The complaint states the fire caused damage to an electrical wiring harness that ultimately cut power to four of the apartment units. The fire inspector determined two sprinkler heads went off and had extinguished the fire. The inspector said if the sprinklers were not activated, the fire would have done significant structural damage to one of the apartment units and possibly to much more of the building.

O’Brochta, free after posting a $500 cash bond, has a pretrial conference scheduled for Jan. 21 in Columbia County Circuit Court. 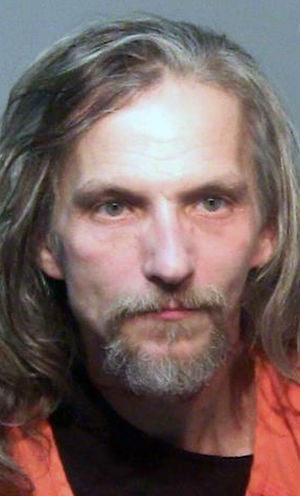