Police arrested a 48-year-old Portage man and longtime prisoner for allegedly punching a woman in the face several times, breaking her nose and giving her a concussion.

Michael L. Kearney faces up to three years and six months in prison for felony substantial battery and is also charged with misdemeanors of disorderly conduct, criminal damage to property and resisting an officer.

Wisconsin Department of Corrections and online court records show that Kearney served nearly 20 years in various state prisons for three felony convictions in 1998 in Dane County. Those charges were substantial battery, false imprisonment and kidnapping/use of deceit to induce.

According to Thursday’s criminal complaint, Kearney got into an argument with the woman at a residence in Portage on Nov. 19. He punched her in the face five or six times after she had grabbed a phone to call her parents for help. Kearney smashed the phone that she used and told the woman, “You’ll be dead before the cops get here.”

When police arrived at the residence, Kearney slowly walked to the kitchen, exited a backdoor and ran down some steps, the complaint states. Kearney eventually stopped outside the residence and “squared off” with the pursuing police officer. Kearney was able to evade the officer’s grasp and started running again. The officer deployed his electronic control device and Kearney fell to the ground until another officer arrived.

Police reportedly observed bruising on the left side of the woman’s face and her nose appeared to be swollen. She received medical treatment for her injuries at UW Health in Madison and was diagnosed with a concussion and broken nose. She told police she believed Kearney was capable of killing her and had told her the police would need to shoot him before he went back to prison.

Kearney, who remains in custody, has a pretrial conference scheduled for an. 21 in Columbia County Circuit Court. 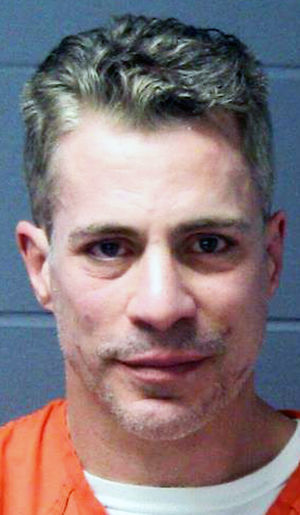