Virus in brief: Survivors donate blood as possible serum, and more to know today about steps to stop a pandemic

Ryan Michael Gallagher faces up to six years in prison for the felony charge and is also charged with misdemeanors of intimidating the victim and disorderly conduct.

According to the criminal complaint, a sheriff’s deputy responded Monday to a 911 call at a residence in the village of Rio, where he spoke to a woman who said that Gallagher, following an argument, held a pillow over her face for about 20 seconds. She reported that she could not breathe during the incident and had struggled to get Gallagher off of her.

When Gallagher removed the pillow from her face, the woman reached for her cell phone to call 911, the complaint states. She and Gallagher then wrestled over the phone and at one point she bit Gallagher’s hand. When Gallagher took the phone away from her, the woman yelled for help as Gallagher told 911 dispatch that everything was fine and that it was a false call.

The woman reported that she and Gallagher had earlier been consuming alcohol and arguing in the garage as well as inside the residence. The woman had asked Gallagher to leave the residence, but he refused to do so prior to the alleged suffocation.

Gallagher admitted to investigators he didn’t want the woman to call the police and that he had taken the phone away from her, according to the complaint. Gallagher reported that he “whipped” the woman with the pillow and “kinda held it there.” 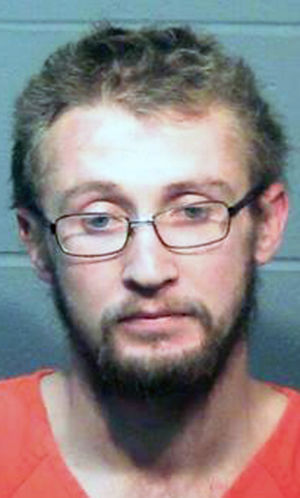