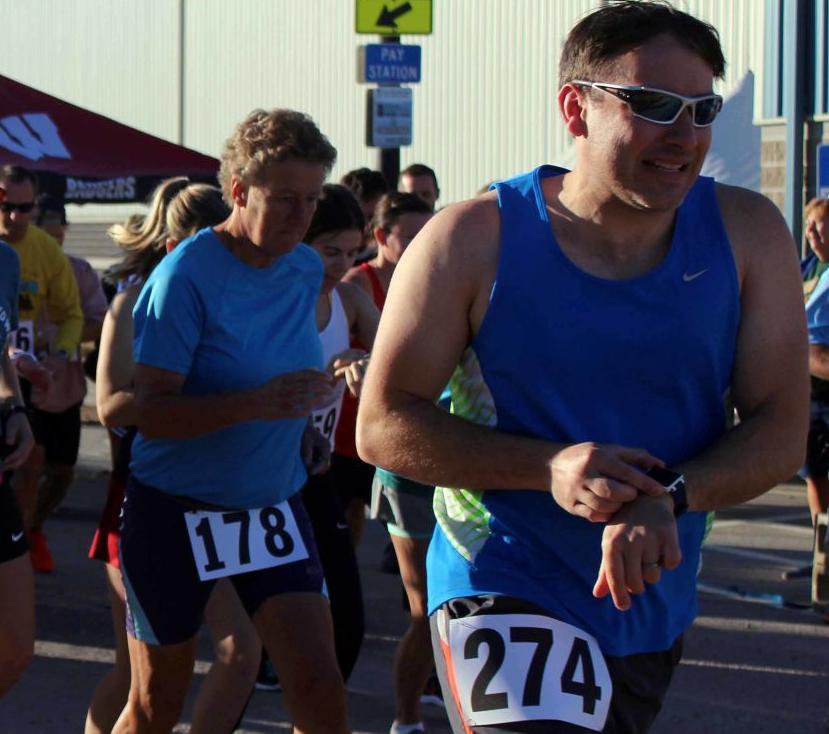 Runners take off for the start of the four-mile Wo-Zha-Wa run at Just A Game Fieldhouse in Wisconsin Dells in this file photo from the 2019 Wo-Zha-Wa Days Fall Festival. Downtown Wisconsin Dells will host its first ever Thirsty Shamrock 5K run/walk March 13. 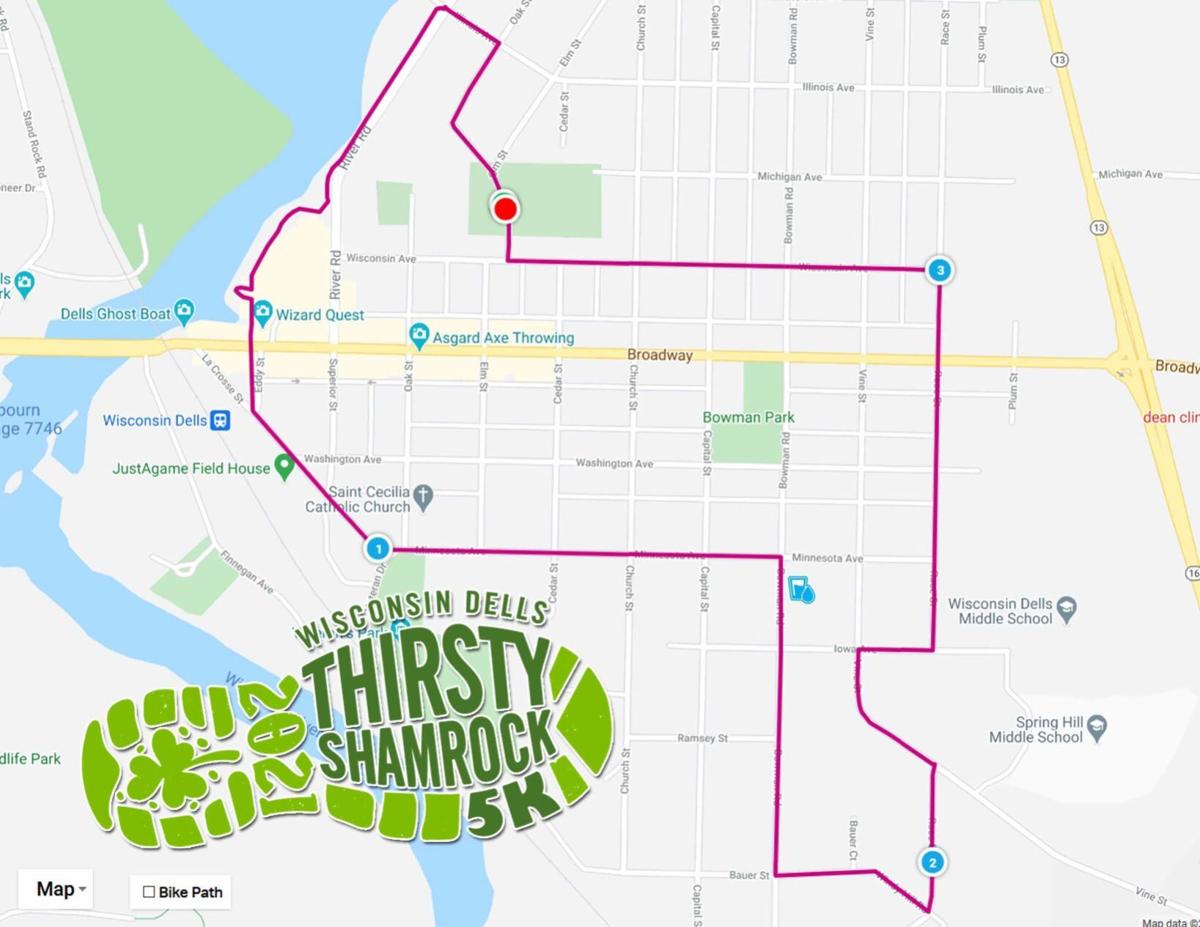 The route for the Thirsty Shamrock 5k run/walk will take participants throughout downtown Wisconsin Dells starting on North Elm Street. The event is scheduled for March 13.

Wisconsin Dells Festivals Inc. Festival and Events Manager Jenifer Dobbs said it’s the first time the city has hosted a run to commemorate the Irish holiday. The event is hosted by the Business Improvement District Committee, who approved the route for the run at its Feb. 3 meeting. The run is scheduled for March 13.

“We didn’t have anything planned for the spring events this year so they decided to add something in,” Dobbs said of the committee’s decision to host the run. The city thought it also might attract runners from other areas since many spring events in larger communities, like Madison and Milwaukee, are cancelled due to COVID-19.

Green beer donated by Wisconsin Dells Brewing Company will be available in a 12 ounce cup for runners 21-years-old and over to indulge in after they complete the 3.1 mile route, along with green donuts donated by Dunkin’ Donuts, according to Dobbs. Bottled water will also be available for those who don’t want to drink or is not of legal drinking age, she said. All runners will receive a dry fit long-sleeved shirt and a winter hat. No other snacks will be available.

The 5K run/walk is open to any runner of all ages. While it’s what Dobbs called a “fun run” it will be timed for the serious competitors. She said the run is hoping to reach its goal of 250 racers at the event.

After the run, participants can take their bib to participating downtown Dells businesses for discounts. Those who show their bib will receive 15% off purchases at bars and restaurants and 10% off purchases at shops. Showing the race bib at these locations is good for multiple uses, Dobbs said.

Registration will open at 9 a.m. at the start of the race in the parking lot on North Elm Street. The run will start in “waves” at 10 a.m. for social distancing, Dobbs said. Other COVID-19 precautions include race coverings and gloves will be provided to staff and volunteers working the race, along with runners. Runners will need to wear a face covering at the start and end of race, but will not need to wear one while running and are social distancing. Additional COVID-19 protocols are listed on the event’s website.

If inclement weather is an issue, the city is looking at March 14 as a potential makeup date. Any date changes due to weather will be announced the week of the event on the visitor and convention bureau website or Downtown Wisconsin Dells Facebook page. Registrants will also get an email.

Early registration cost is $25 until March 5 and increases to $40 afterword. Participants can register at the event’s website www.runsignup.com/Race/Info/WI/WisconsinDells/thirstyshamrock. Cost for day of registration will be noted later, she said.

Anyone with questions can call the visitor and convention bureau at 608-254-8088 or send a message to the Downtown Wisconsin Dells Facebook page.

Runners take off for the start of the four-mile Wo-Zha-Wa run at Just A Game Fieldhouse in Wisconsin Dells in this file photo from the 2019 Wo-Zha-Wa Days Fall Festival. Downtown Wisconsin Dells will host its first ever Thirsty Shamrock 5K run/walk March 13.

The route for the Thirsty Shamrock 5k run/walk will take participants throughout downtown Wisconsin Dells starting on North Elm Street. The event is scheduled for March 13.