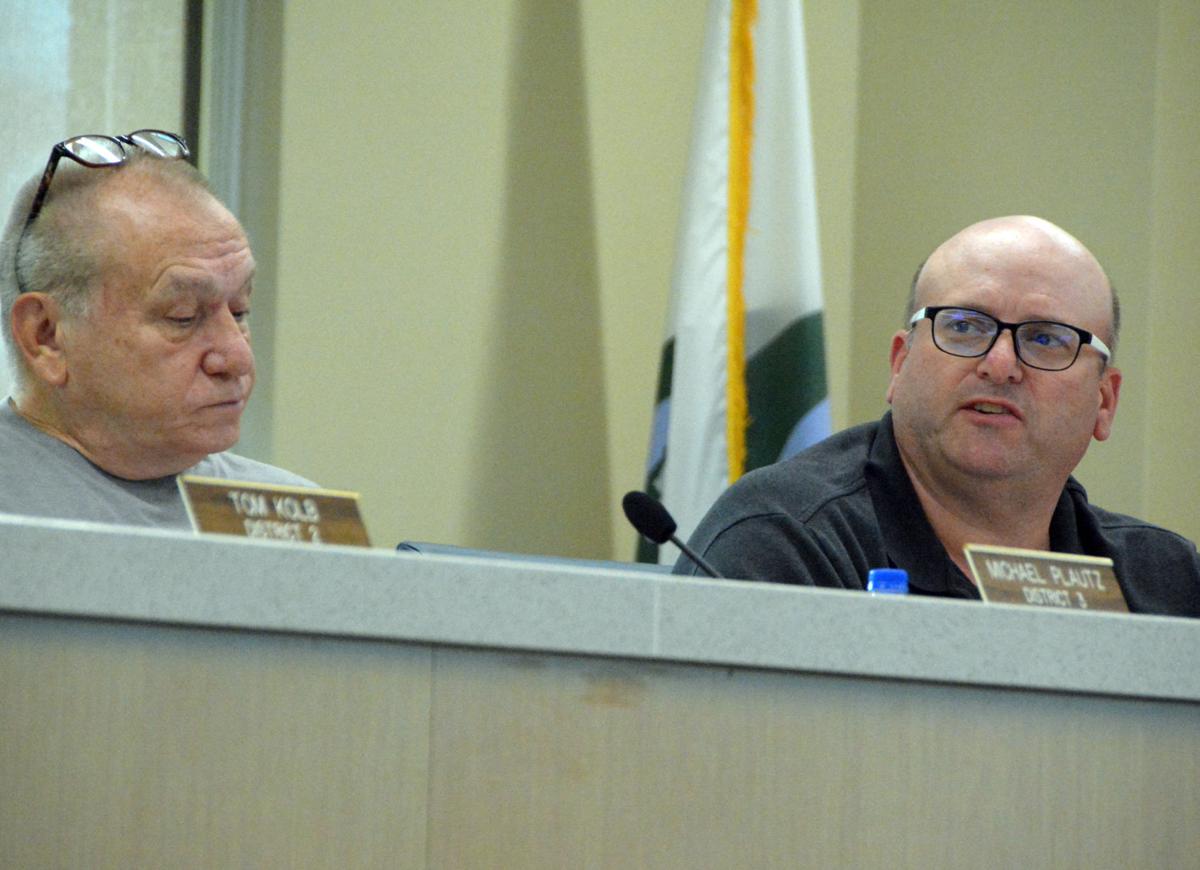 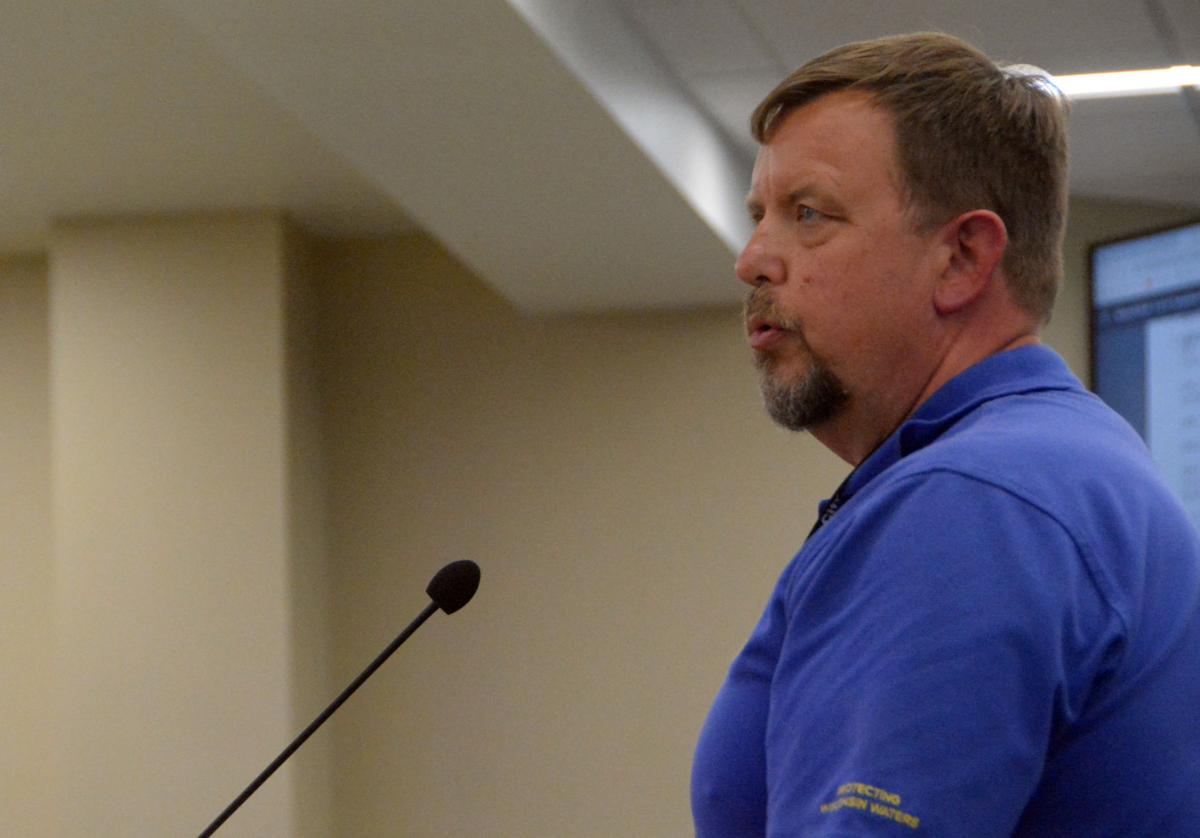 Utility Superintendent Wade Peterson outlines the new water fees for residents Tuesday to members of the Baraboo Common Council. When LSC Communications shut down its plant in 2020, the city lost 20% of its revenue, which prompted the request for an increase to the state Public Service Commission, Peterson said.

The Baraboo Common Council unanimously approved the new numbers after council member Jason Kent expressed that they had little choice in the face of recommendations from the state Public Service Commission.

“It sounds like the PSC determines this and we’re kind of bound to it,” Kent said. “I know, in doing some research, other communities have tried to fight this and the PSC in the past; bigger cities than Baraboo, without much success.”

An updated fee schedule dictates that homeowners will see their costs rise from $1.68 per 1,000 gallons of water to $3.11. Utility Superintendent Wade Peterson said the average home uses about 10,000 gallons of water per quarter. The bulk water fee applies to the first 37,500 gallons.

The city filed an application for conventional water rate increases Aug. 25 after the loss of longtime user LSC Communications, a printer company headquartered in Chicago which filed for bankruptcy in April. City officials had talks with commissioners and the PSC issued a final decision May 12 with changes scheduled to go into effect June 24.

Through the application process, the city asks the PSC to study its rate structure. The commission evaluates revenue and expenses. Baraboo has roughly 200 line-item expenses, Peterson said.

“With the loss of LSC Communications, we’ve had several conversations about the loss of revenue and water usage from that facility,” Peterson said. “They were about 50% of our daily flow and about 20% of our revenue.”

According to the application, the city sought a 53% rate increase.

The annual revenue for the utility before the loss of the business was $1.48 million. The request for a change in rates was the first since 2012. Two times since then, the city received a simplified 3% inflationary increase, but this time the PSC required a full rate filing.

“In years past, we’d been able to negotiate and to help lighten the load on some of this,” Peterson said. “When we met with them this time, they were very rigid. There wasn’t much room for conversation of trying to make changes to the rate structures. We had some discussions and they pretty much said this is how we understand, this is how we feel we should move forward with this.”

The rate of return for the city is 4.9%, Peterson said.

Peterson said the city is still in “good standing” for attracting companies which may use large quantities of water to the city, going from the second-lowest in its market to about “35 or 36 on the list.”

“We’re still going to be extremely competitive if there are companies that want to come to town and are significant water users,” Peterson said. “But by far this is going to be painful for our customers. When they see their first bills come Oct. 1, they’re going to be significant.”

He said the biggest impact will be on homeowners. Numbers will vary depending on the user, with some quarterly bills going up about $10 to $12, while others will see an increase of $50. Businesses could see increases from $200 to $5,000.

“We have been blessed with LSC being part of our community for 35-plus years as far as our water rates,” Peterson said. “They theoretically subsidized everybody else’s water rates because of their use, so we were very fortunate. Unfortunately, now that has come to an end.”

Utility Superintendent Wade Peterson outlines the new water fees for residents Tuesday to members of the Baraboo Common Council. When LSC Communications shut down its plant in 2020, the city lost 20% of its revenue, which prompted the request for an increase to the state Public Service Commission, Peterson said.