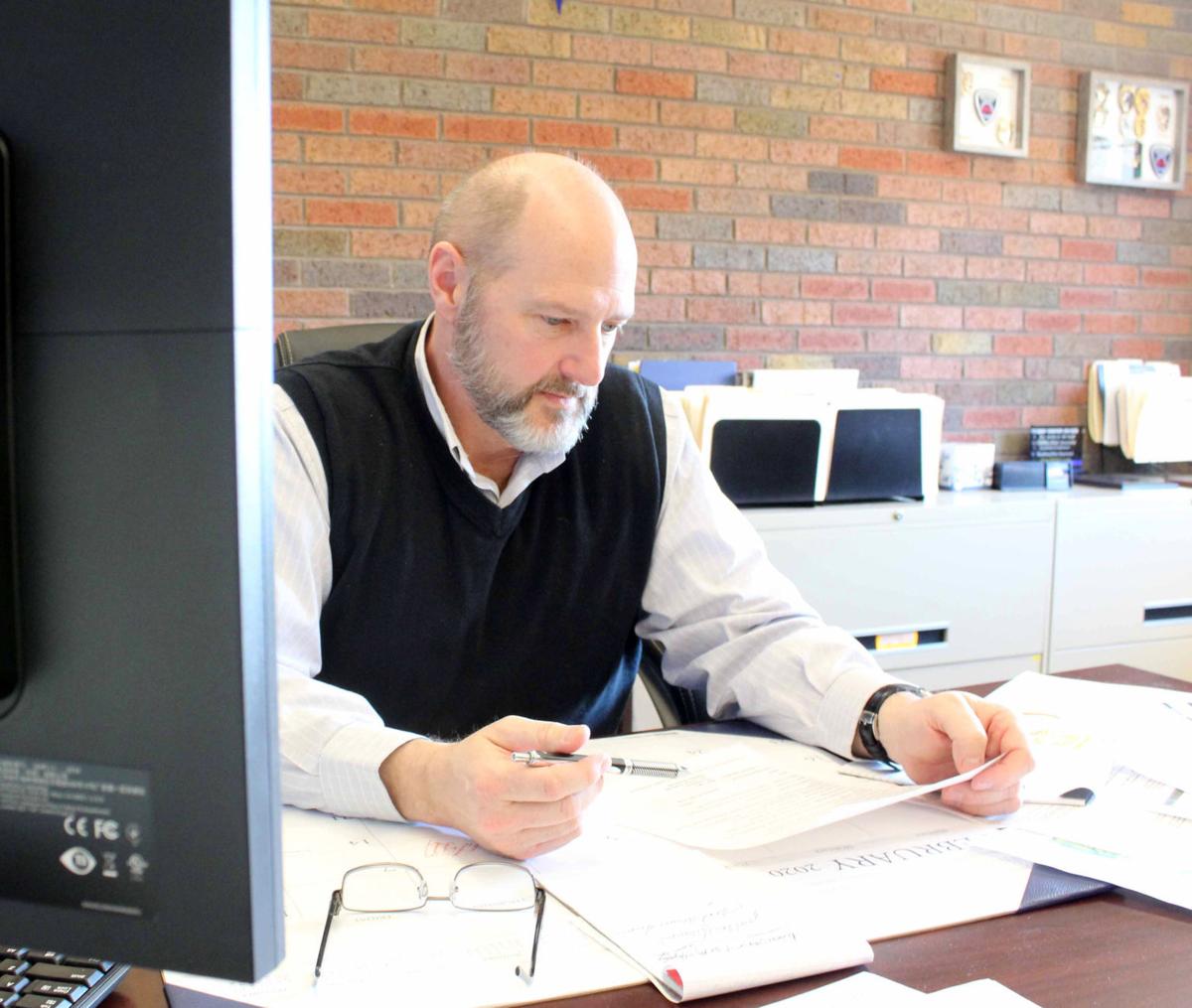 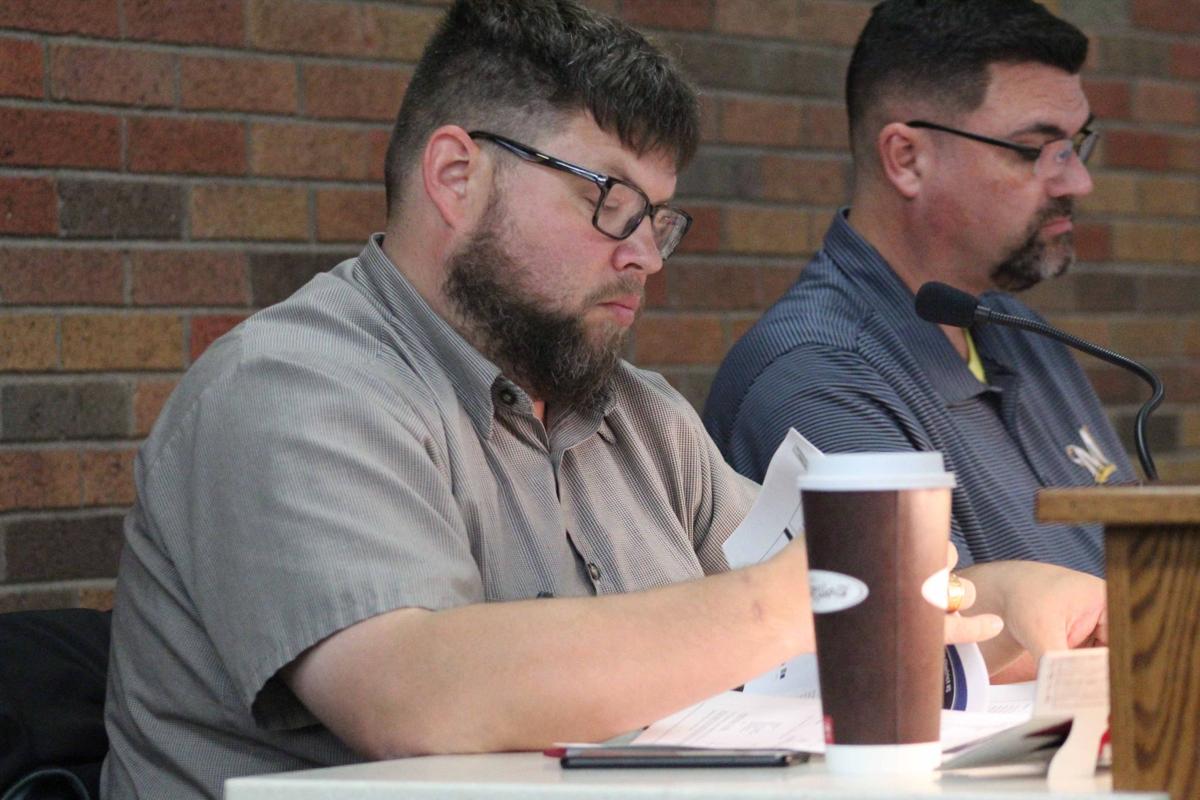 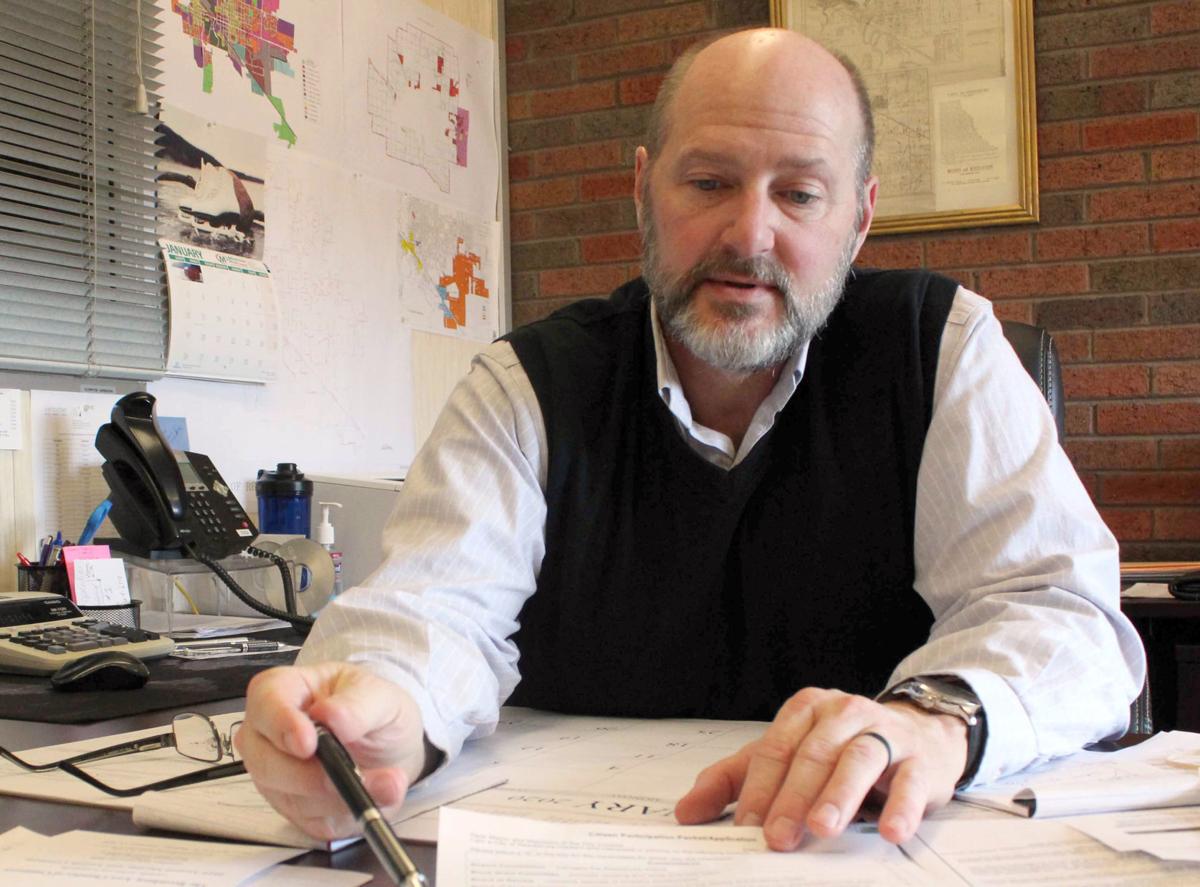 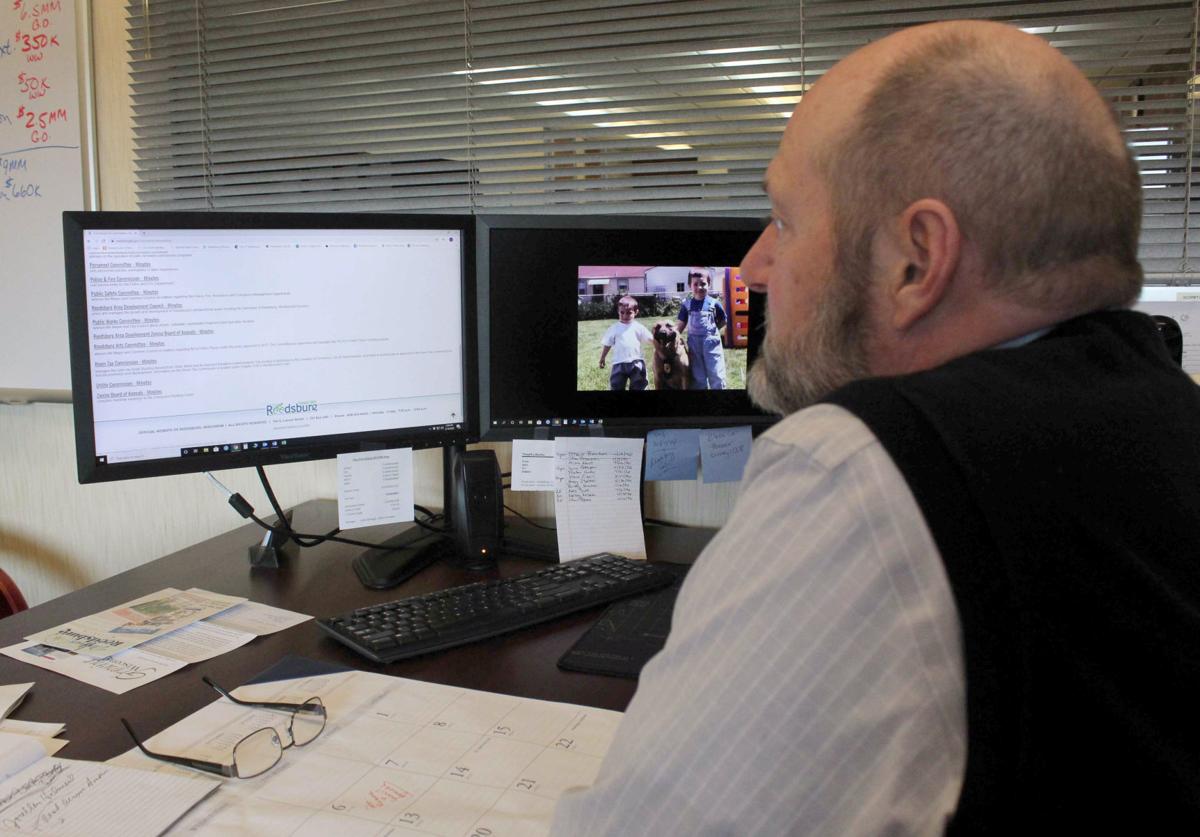 He said Reedsburg is in good shape and all the advisory committees, boards and commissions are filled, with the exception of four positions on the ethics committee, but recruiting people is still an ongoing battle.

“If one guy leaves and he’s on three committees, all of the sudden I’m down three spots,” Becker said.

While the Wisconsin League of Municipalities doesn’t have any data regarding citizen participation, Executive Director Jerry Deschane said the challenge of filling citizen advisory committees is an issue he’s seen around the state.

The problem extends beyond the advisory committees as most small communities will have challenges recruiting candidates to run for elected positions, like the city council or village board.

“In my travels around the state, I have never been to a city or village that doesn’t have at least some challenge finding enough citizen volunteers whether it’s to serve on the advisory board, library board, you name it,” he said.

If quorum isn’t met at an advisory committee, board or commission level business at the council level is delayed by either weeks or even months. That could result in projects or other important business for the city being put on hold.

All around the state, municipalities around are working out a plan to keep recruiting citizen participants or take action to combine committees as a solution so work gets done.

Deschane said the issue of finding people to serve on government bodies, especially advisory committees, starts because of the business of everyday life for people with other commitments, like family and activities. The population of many rural communities has stagnated or declined, which can make finding people a challenge when half the villages and cities in the state have 1,400 people or less, he said.

“Those two forces just sort of overlap with one another,” he said.

While there isn’t a one size fits all solution, Deschane said he’s seen success in recruitment in two ways, reschedule meetings to fit schedules or municipal officials dedicate themselves to recruiting people or accessing the needs and work of multiple committees.

“What we encourage our communities to do is see what works for your community,” Deschane said. “You have to honestly look at the work that your committee is doing in your community and make an honest evaluation whether it is possible to merge that or not.”

Recruiting people to serve on municipal government works two ways, either reviewing applications and try to match that person’s interest with any available openings or through a network of people.

Becker said he will receive names of those interested in serving on local government from current council and committee members or city department heads and will reach out to the person to speak with them directly. He then has the interested person fill out an application with a short biography to present to the council, so members have more of a background knowledge of the applicant before making a final decision to appoint the person.

He said applications can also be submitted for future openings, either picking up a form at city hall or visiting the city’s website.

The process of networking is the same at other municipalities, where referrals are made to a higher ranking official. An appointment is listed on the agenda at a public meeting for potential approval by the governing body.

Prairie du Sac Village Administrator Alan Wildman said recruitment happens by people stopping in village hall or someone may send a letter to the village stating their interest in serving. In Prairie du Sac, the library board, police commission, plan commission, joint extraterritorial commission and zoning board of appeals have citizen members, he said.

Lake Delton Village Board President John Webb said it takes a good network of people to get citizen participants to serve. While all vacancies are filled now, it could take up to 30 days to fill an open spot on an advisory position and hope they continue to serve for a while, Webb said.

“You ask people if there is somebody else that might be interested and word of mouth is the only way we’ve done it so far,” Webb said. “The networking has proved, in our case that it has worked and got people to fill the position.”

If a trustee isn’t running for reelection, it could also create a challenge filling someone to take that seat, along with the other advisory bodies the person served on, Webb said. While he said the village hasn’t taken any action or discussed the matter at a public meeting, it has discussed indirectly expanding the opportunity to serve those outside of Lake Delton.

“You have a lot of business owners that don’t live in the village limits,” Webb said. “That’s one reason and it makes your circle bigger. Your pool of people to choose from if your area is bigger.”

Members of committees, commissions or boards are usually volunteer, though some might receive a small financial compensation for their service.

Mauston Mayor Brian McGuire said he’s fastidious in who he appoints as citizen members. McGuire, who is not seeking re-election in the spring, said when he’s considered citizen participants to fill vacancies he wants a diversity of people to apply, from those who have business and administrative experience, to those who have education, are involved in other ways in the Mauston community and women to bring a different perspective and ideas to the table.

One tough position to recruit and appoint citizen members for is the police and fire commission, he said. While he didn’t know why, he thought the position demands is related to it.

“It’s a position that has some stress related to it I think,” McGuire said. “There’s a lot of responsibility going on there… All the hiring and firing (of law enforcement officials) is handled by them with the exception of the police chief.”

Because meetings can range from 15 minutes to hours depending on the list of items on the agenda sometimes the time and dates of meetings are altered to attract more people to serve and provide more convenience, Becker said.

In February, the Reedsburg common council discussed the possibility of forming a committee of the whole in lieu of topics going to certain advisory committees to reduce the need to rely on finding citizen members. The appeal board process for the ordinance committee is still intact to review cases. A committee of the whole means the council members become its own advisory committee. The powers are still the same, but it doesn’t require the super majority that needs to be present by state law, Becker said.

The council later adopted a six-month trial suspension of the ordinance, finance and public safety meeting and have topics from those meetings report to the council.

Becker said the finance committee didn’t have a quorum during a finance meeting July 8 to start the process of preliminary discussing what direction to take the 2020 budget, to increase or decrease the mill rate and tax levy.

“We just sat around and waited for the meeting but we didn’t have a quorum so no business could be discussed,” Becker said.

It lead to Becker starting to build the 2020 budget without direction from the finance committee and discussing the budget with them later at a separate meeting when quorum was held. The finance committee and the council later approved a decrease in the mill rate from $10.82 to $10.69 per $1,000 of assessed value in the $6.8 million budget, setting the tax levy at $5.6 million tax levy.

Reedsburg resident Adam Kaney, who serves on the zoning board of appeals, industrial commission, commercial development authority, and board of review, also served on the finance committee. He first served because he “wanted to get involved” in the community and was appointed as a member of the industrial commission and kept throwing his name in the hat to serve on other government bodies. He decided to serve on the finance committee because it risked possibly not meeting quorum last fall to discuss the 2020 budget.

When asked about the finance committee suspension, he thought it was the right decision the council made. The challenges of not being able to find enough citizen members to is also something he’s seen as the chairperson of the zoning board of appeals. While zoning board of appeals is full now, in previous years the board’s had to cancel meetings because it wasn’t able to meet quorum.

“We’ve had meetings that have had to been cancelled because there’s not enough people on the committee,” Kaney said. “If somebody needs to build a fence it will delay it anywhere from a day to a month.”

“It’s like an hour per month because they meet once a month,” he said.

Sauk City Village Administrator Vicki Breunig said the village hasn’t had any issue recruiting citizen participants to serve on its local government and all its committees and commissions are full.

“I guess residents are interested in being in their community government and they volunteer to be on the committees and commissions,” she said, adding she didn’t know why the village isn’t seeing the same issues as others.

Prairie du Sac Village Administrator Alan Wildman said all of its boards, committees and commissions are full. The village board isn’t having any issues filling spots, but it may take a little longer to fill a vacancy than 10 to 15 years ago. While he hasn’t seen the lack of people to fill vacancies, he’s noticed other communities have had similar struggles.

He contributes the fact that Prairie du Sac government bodies are full because of the strong community involvement.

“We’ve been pretty fortunate I think that we’ve had individuals who are willing to serve on different committees and boards,” Wildman said.

Two new parks are beginning to take shape in Reedsburg.

Due to the ongoing COVID-19 pandemic, changes are coming to Riverside Campground and the opening of the New Lisbon Community Pool is delayed.