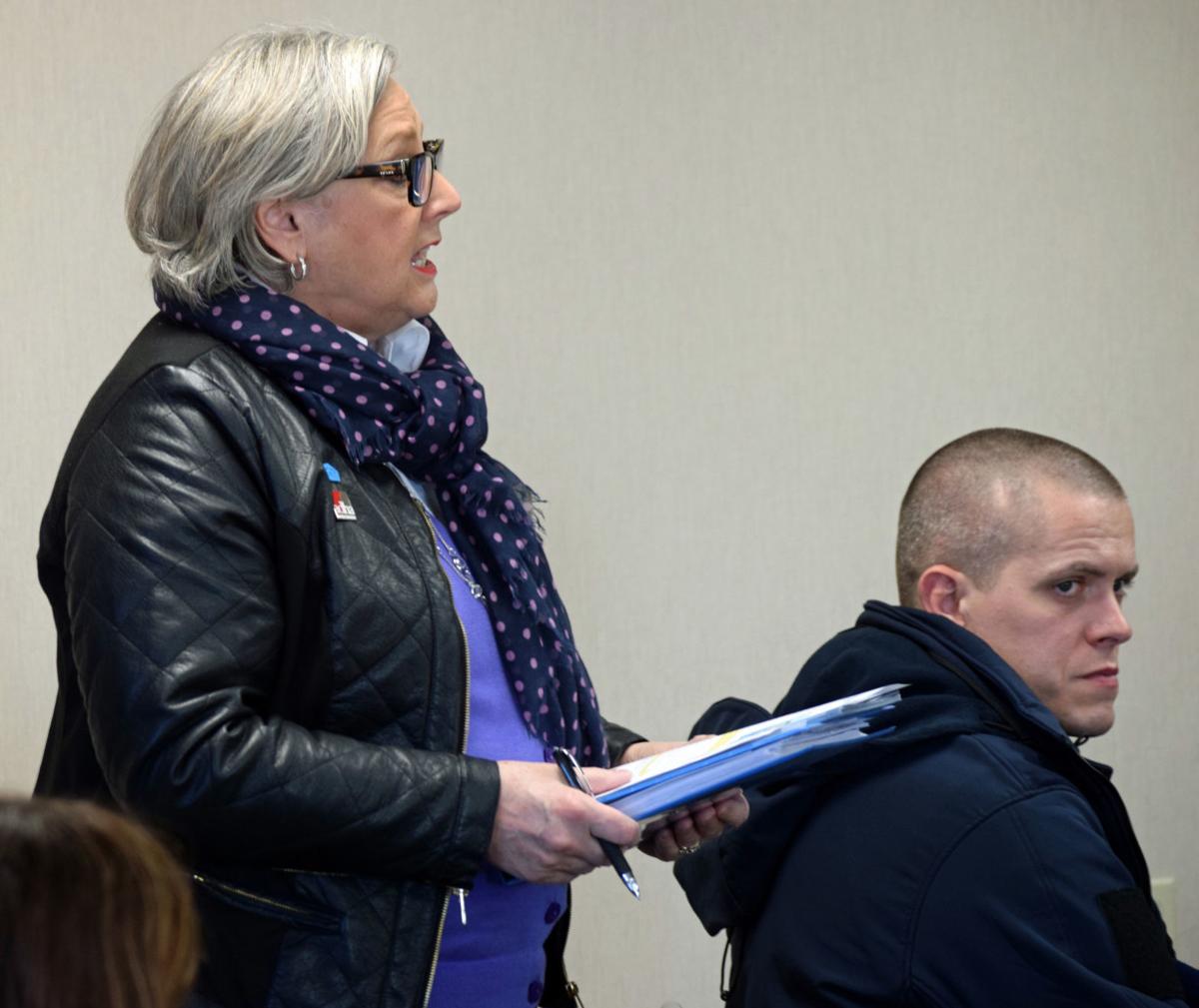 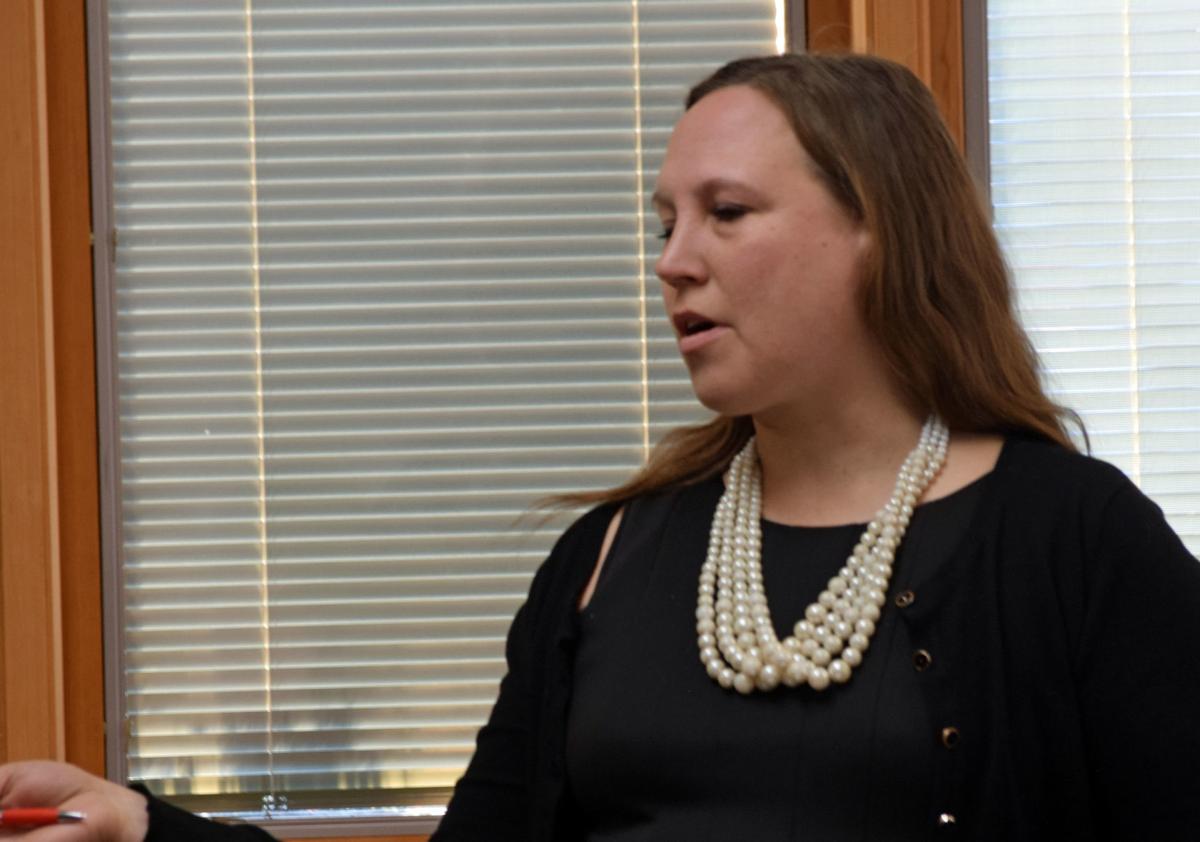 Brenda Staudenmaier of Food and Water Watch presents her case at Monday's Lake Delton Village Board meeting for the removal of fluoride in drinking water.

The Lake Delton village board officially voted to suspend fluoridation of the village’s drinking water at its Feb. 10 meeting, preempting an April circuit court suit that could end the practice nationwide.

Brenda Staudenmaier, one of the plaintiffs in Food and Water Watch vs. US EPA, which will be heard in Berkeley, California on April 20, attended the meeting to present the organization’s case against fluoridation. Despite the fact that it has been an active practice in the United States for 70 years, fluoridation has become a hot-button issue recently.

“Most of the world does not fluoridate,” Staudenmaier said. “I think there’s 10 countries, there’s 170-some that don’t. So we’re kind of an oddball country for adding this to our water.”

One of the main points in Staudenmaier’s argument was that the fluoridation process is not held up to any level of pharmaceutical scrutiny across the country. According to her, the compound used to fluoridate drinking water is refined fluorosalicylic acid, a waste product of phosphate fertilizer production.

“It comes out of the smokestacks of the industry,” Staudenmaier said. “It can’t be released into the environment because it causes damage to the crops and animals. So the EPA banned it from being directly dumped into our water or put into the atmosphere. They capture it and sell it to the water utilities… it’s not pharmaceutical-grade.”

Staudenmaier expects her lawsuit to be successful, as the court has already collected a wide range of expert depositions on the matter. She said that when the decision comes down later this year, the US will be moving away from fluoridation.

However, the points did not go uncontested. Linda Jorgenson, advocacy chair of the Wisconsin Dental Hygienists’ Association, presented an argument for the retention of the process, saying that fluoridated water helps protect kids from cavities. According to Jorgenson, fluoridation has been stopped in other communities in the past, and the results have not been ideal.

When Antigo, Wisconsin stopped fluoridating, a local dentist recorded a 200 percent increase in cavities among second-grade students in the area. A statewide study in Alaska found a 32 percent higher rate of cavities among children without access to fluoride-treated water.

Alongside those example, Jorgenson stated that children’s teeth harden substantially thanks to fluoridated water, and that the majority of cases where excessive fluoride harmed a child were due to the child swallowing too much fluoride toothpaste.

The board voted to suspend the village’s usage of fluoride. The vote was not unanimous, as trustee Mark Whitfield voted against the measure. Whitfield was passionate about declining the measure.

“It’s a terrible thing to do,” Whitfield said. “Fluoride in your water has been proven, for 70 years, to be effective in reducing dental decay.”

In other business, the board:

Approved the 2020 village board consent form for the Adams-Columbia electric cooperative.

Dentist from Portage placed on probation in prescription drug case

MADISON — A Portage man, who used his dental practice employees to fill oxycodone prescriptions for his own use, was placed on three years’ pr…

When the current COVID-19 pandemic reached across the world, Bridget Haima felt a spark of recognition.

Brenda Staudenmaier of Food and Water Watch presents her case at Monday's Lake Delton Village Board meeting for the removal of fluoride in drinking water.