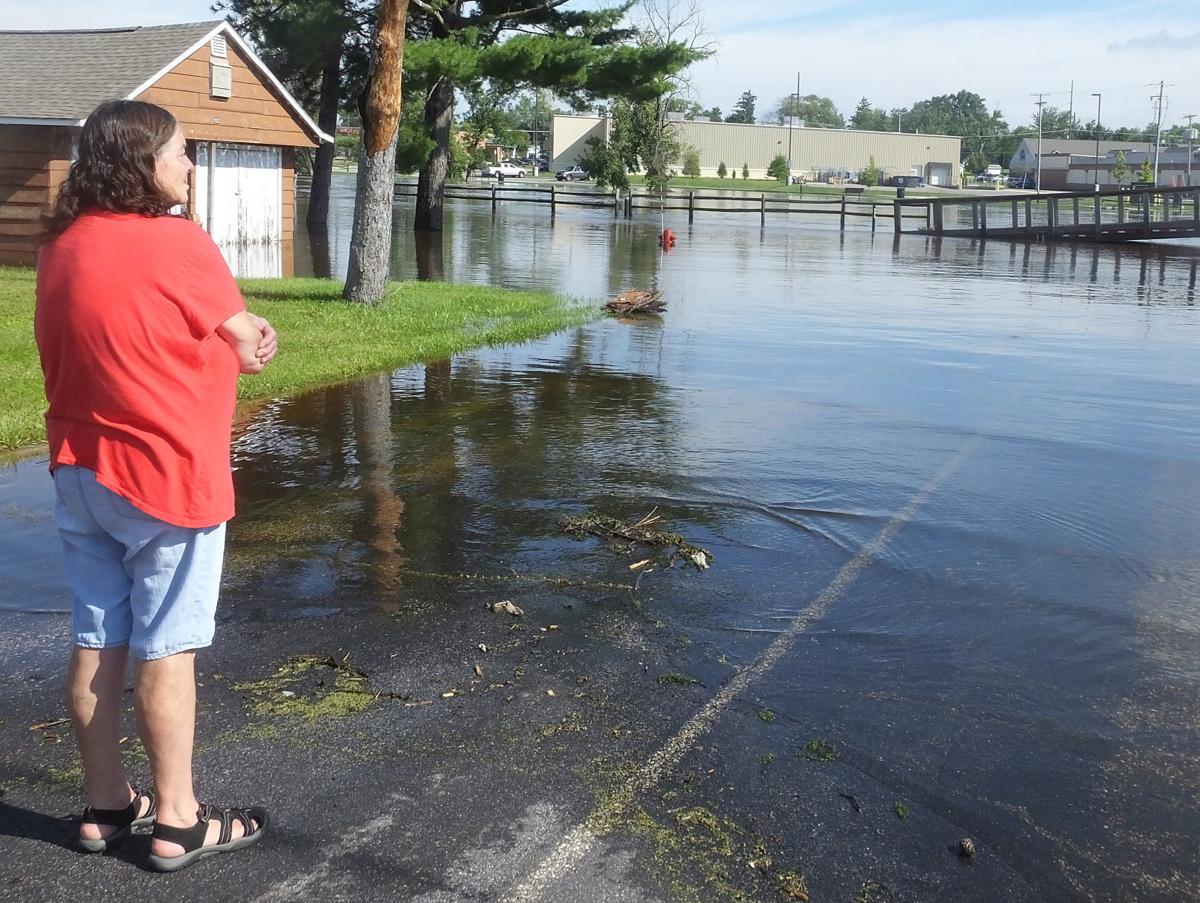 Maria Diaz looks out at the flooded walkway behind her Mansion Street home in Mauston Sep. 4. 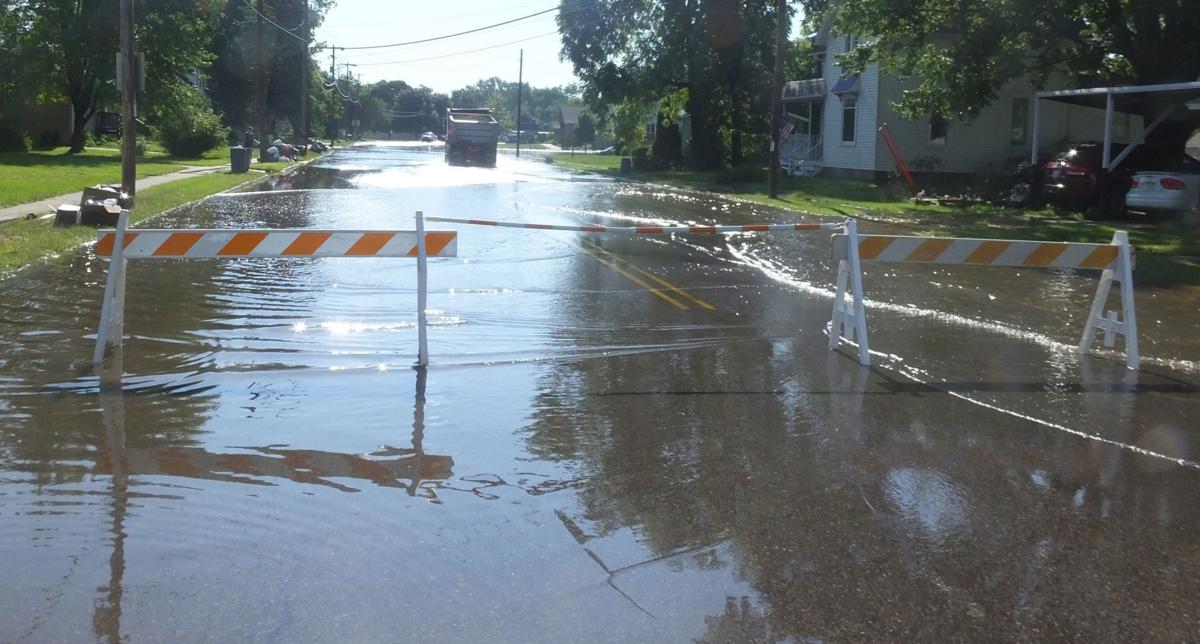 A section of East State Street in Mauston is shut down due to flood water Sep. 4. 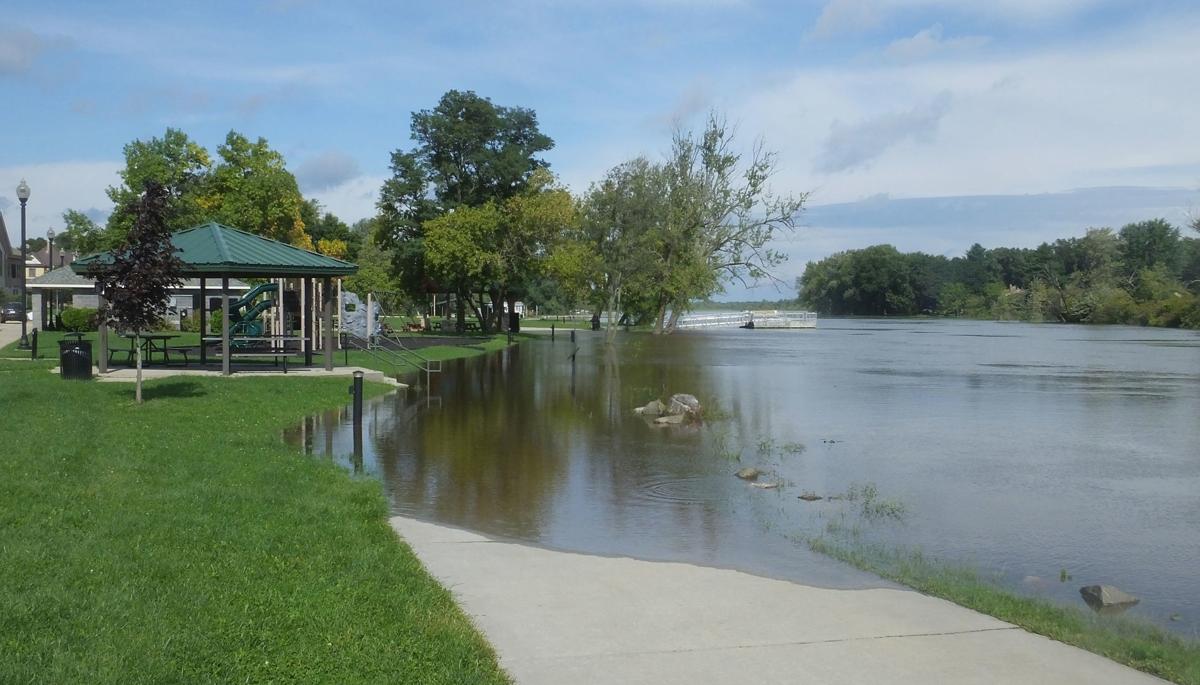 Water from the Lemonweir River flows onto the walkway at Riverside Park in Mauston Sep. 4. 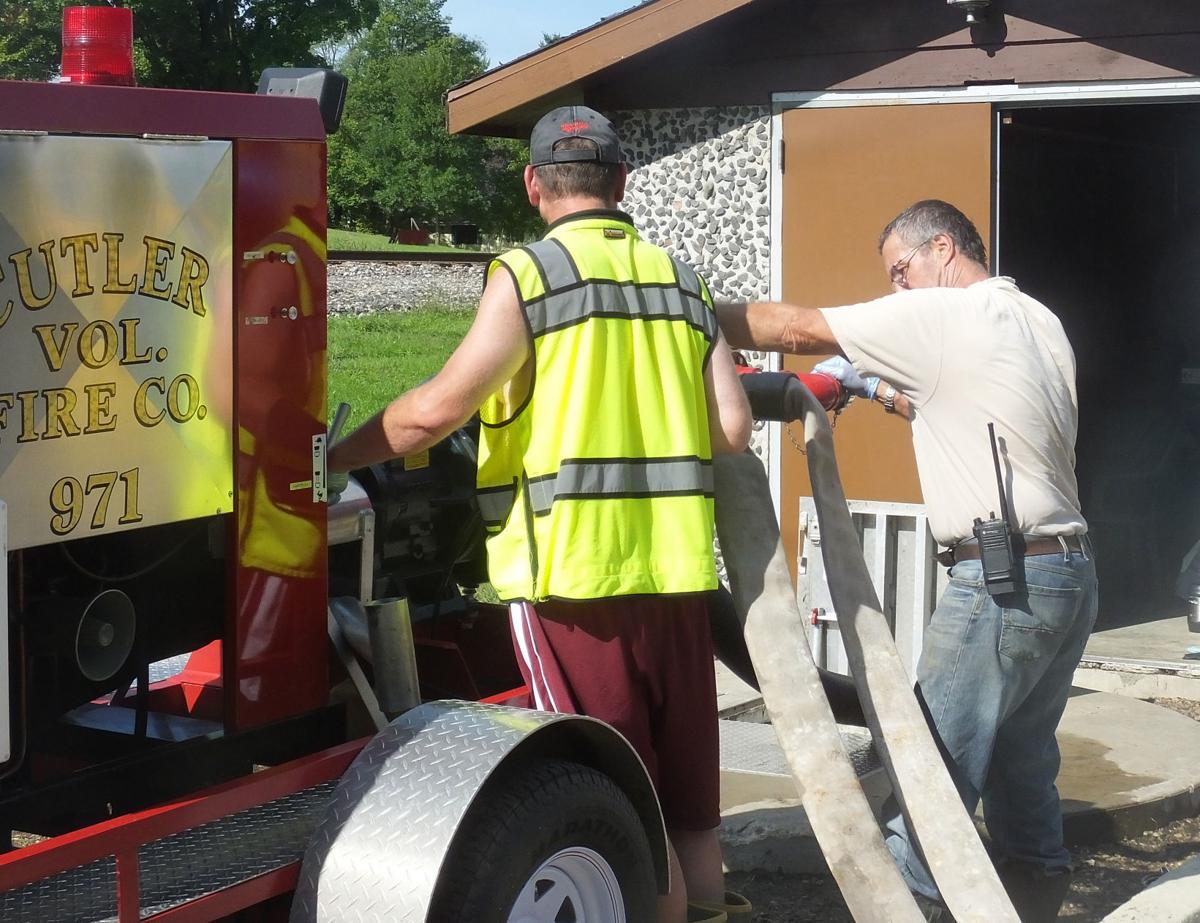 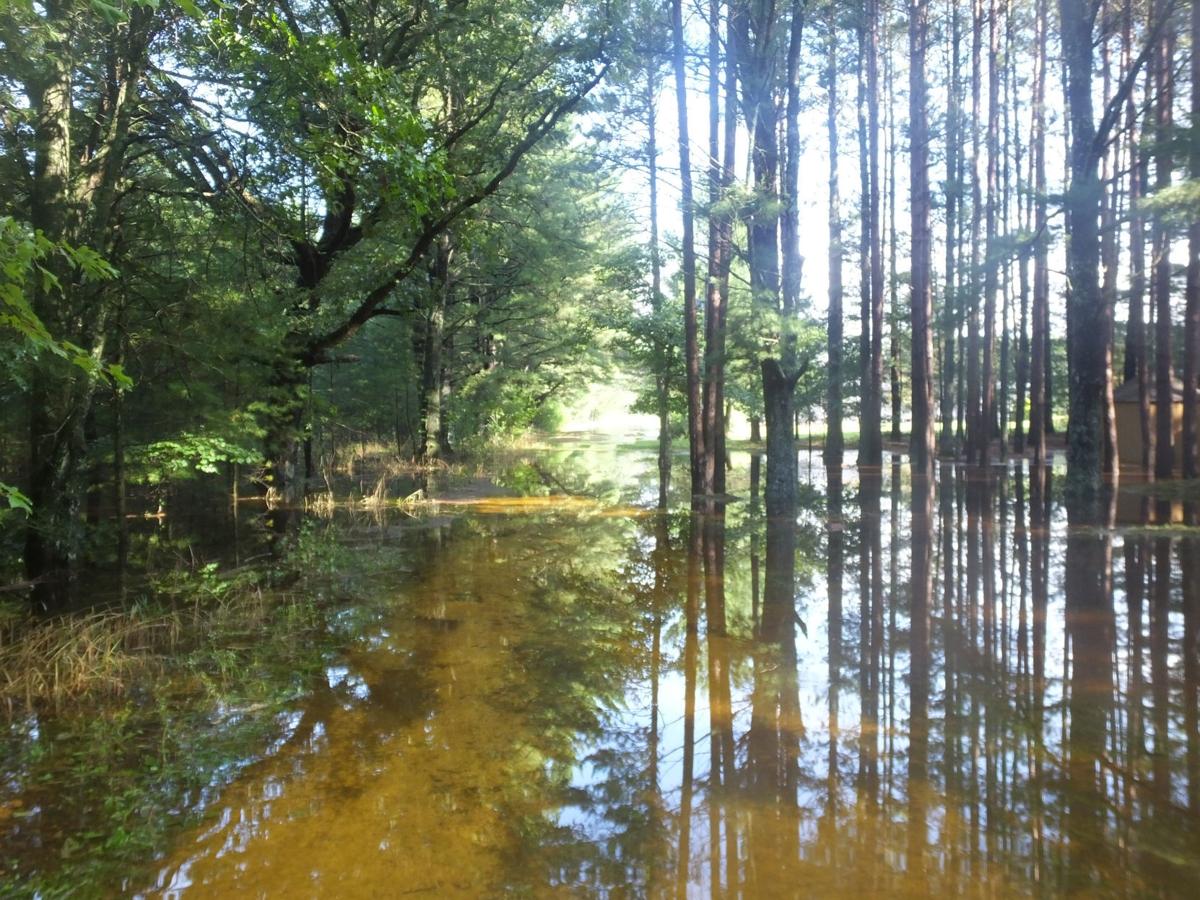 Juneau County and its surrounding area was hit with several inches of rain Sep. 3 and early Sep. 4 causing flooding throughout the City of Mauston. The rainfall comes on the heels of major flooding last week, giving the city little time to recover before water began to rise again.

“I’ve never seen the water this high,” said Maria Diaz, who has a home on Mansion Street with a backyard overlooking the Lemonweir River.

Diaz usually walks to work at Festival Foods using the bridge behind her home over the Lemonweir River. With that route obstructed by floodwater, she plans to take the Mauston Taxi to work today.

Water found its way into her home during last week’s flooding. She said the more recent rainfall has made the problem worse.

“Water is in my basement again,” Diaz said.

Efforts are being made “to get the wells running again,” Hale said.

Hale urges everyone to stay out of high water and avoid traveling across roads made perilous by the flooding.

“They pulled power and gas out,” Zilisch said.

A shelter opened at Mauston High School at 1 p.m. Those seeking to make use of it are asked to use door 12 on the south side of the building on Highway G. Mauston residents in need of shelter may also contact City Hall at 608-847-6676 option 4.

“Public works crews worked through the night and will continue to work,” Hudack said. “Lift stations and pumps are running at full capacity, but may not be able to keep up. Portable emergency pumps are being delivered from other municipalities to assist. Please take precautions to protect your property.”

“Both and federal agencies are using the same site to receive and compile flood damage reports,” Hudack said. “Anyone with flood damage should report the damage by calling 2-1-1 or go online to 211wisconsin.org … The online form is the preferred way to report damage; it takes less than 5 minutes to complete and submit.”

The Juneau County Health Department has provided free well testing kits for residents with private wells. They are available at city and town halls throughout the county including Mauston City Hall.

Maria Diaz looks out at the flooded walkway behind her Mansion Street home in Mauston Sep. 4.

A section of East State Street in Mauston is shut down due to flood water Sep. 4.

Water from the Lemonweir River flows onto the walkway at Riverside Park in Mauston Sep. 4.