Don was born on Sept. 29, 1930, in Oxford, the son of Ervin and Nellie (Smith) Droste. He proudly served his country in the U.S. Army as a sergeant in the Korean War. From 1947 to 1951, he was a paratrooper in 37 RCT 82nd Airborne. He married Deloris Schultz on March 13, 1954, in Merrimac, Wis. For over 42 years, Don and Deloris owned and operated Droste Trucking Company until Don’s retirement in 1991. At that time, Don continued to drive for Skinner Trucking until 2009.

He is survived by his daughter, Koren (Mark) Palecek of Marshfield; son, Dennis (Kristin) Droste of Portage; grandchildren, Brad (Sarah) Droste of Reedsburg, Matthew (Jenna) Palecek of Neenah, Becky (Brent) LaFrenz of Bloomington, Minn., Donna (Jeff) Denny of Anoka, Minn., Lexi Krueger (Alonso Aranda) of Portage and Alyse Krueger of Portage; brother, Robert (Grace) Droste of Pardeeville; eight great-grandchildren; other relatives and many friends. He was preceded in death by his parents; and his wife, Deloris.

Funeral services will be private with the Rev. Jen Johnson officiating. Private burial will follow at Oak Grove Cemetery. Military honors will be provided by the Portage Area Veterans Honor Guard.

The family would like to thank the staff and special friends while at Tivoli, as well as Brightstar Care, for their care and support at home.

In lieu of flowers, memorials may be made in Don’s name to the charity of the donor’s choice. 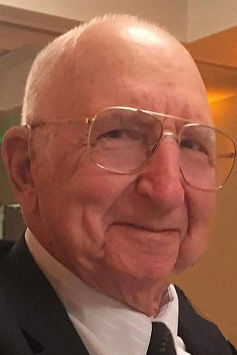