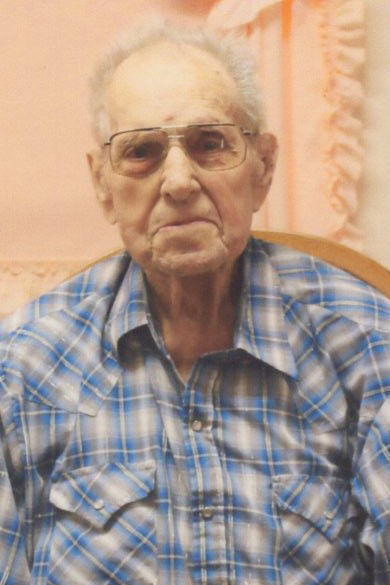 CAMBRIA—Raymond Thomas Oft entered his eternal rest on Sept. 10, 2021 at the Columbia Health Care Center in Wyocena, Wis. at the age of 96.

Ray was born the youngest of two sons to John and Anna (Liebich) Oft in Blue Island, Cook County, Ill. on May 26, 1925. As a young boy, Ray worked at many jobs to help out the family including work at a grocery store, caddie at a golf course, cutting asparagus, and enjoyed going to the race track and playing baseball. He grew up and attended school in Blue Island, Ill. At the age of 18, Ray hitchhiked up to the Cambria area from the city and worked as a hired man at Gerhardt Tessmann’s farm, where he met the love of his life, Erma Esther Tessmann.

At the age of 18, Ray enlisted in the United States Navy and served in WWII as a Ship’s Service Man (L) Second Class on the aircraft carrier USS Hoggatt Bay in the South Pacific and along the coast of Spain.

After serving in the Navy, Ray was married to Erma on Nov. 9, 1946 at Trinity Lutheran Church in Friesland. They went back and lived with family in Illinois for a short time and then returned to the Cambria area, where they spent a lifetime farming on their farm near Cambria, Wis. They were happily married for 70 years. The Lord blessed them with five children.

Ray and Erma bought their farm on State Highway 33 and worked the farm together with their family milking cows, growing crops, selling seed corn, and doing custom crop work. In 1990, they also bought their small farm on Roberts Road, built a new house, and spent the rest of their years together there until Erma became a resident at Columbia Health Care Center in May 2011, where Ray went to visit her every day until she passed away in 2017 and still continued to visit friends there long after.

In his spare time, Ray enjoyed hunting, fishing, traveling, and spending time with family and friends. Another treasured highlight was his trip on the Honor Flight with his sponsor Berwyn Westra and other veterans to visit the memorials and capitol in Washington, D.C. He was a member of Annunciation Catholic Church of Fox Lake, Wis.

Ray was preceded in death by his wife Erma; his parents; his brother, Robert, one infant grandson; one infant great-grandson; as well as four sisterf-in-law; a brother-in-law; nieces, nephews, other relatives, and friends.

Services will be held at the ANNUNCIATION CATHOLIC CHURCH in Fox Lake, Wis. on Friday, Sept.17, 2021. Burial will be in the Cambria Cemetery. Kratz Funeral Home is assisting the family.

Harvest Moon to rise on Sept. 20, days before changing season

Harvest Moon to rise on Sept. 20, days before changing season