BARABOO/MERRIMAC—Richard A. Roznos, 88, passed away at the VA Hospital, Madison, Wis., on Oct. 7, 2021. He was a resident of Greenfield Township, where he had lived and retired after 40 years of farming in the Town of Merrimac. He was born June 19, 1933, the son of Emil and Harriet (Wittbrod). He married Sheila (Hayes) Roznos on April 21, 1956, at St. Joseph Catholic Church, Baraboo, Wis.

“Dick” had many interests: his hunt for and extensive collection of Indian artifacts; with old friend Walt Meisel, his love for Belgian horses, which he bred and trained; reading the National Geographic; detective stories; fishing and hunting locally; and trips to western states and Canada.

He served seven years in the 322nd CML Co. U.S. Army Reserve, gaining rank to SP5. His work and career in construction brought him to proud membership in the Wisconsin Carpenters Union #314. He was a lifelong and the last founding member of the Badger and Steam Engine Club, annually operating the clover huller at the show.

Following a portion of the family farm being sold to the Alliant Co, which has now been developed into the Merrimac Preserve, Richard consulted and served as a guide for the preserve. The remaining acres of the family farm became part of Devil’s Lake State Park, with a designation of an area named Roznos Meadow.

As wished, a private family service will be held on Sunday, Oct. 24 at 10 a.m., followed by a celebration of life for friends and family to be held at the MERRIMAC CONSERVATION CLUB, Merrimac, Wis., from noon to 4 p.m.

Memorials may be made to the Badger Steam and Gas Engine Club.

Online condolences may be made at hooversonfuneralhomes.com. 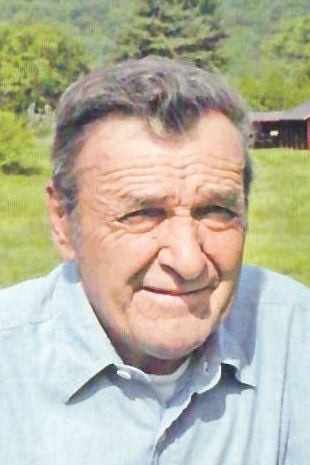