During a second public input session Monday, a group of residents seemed more concerned about the quality of general pool maintenance and supervision than the need for a revamped Campbell Park pool facility.

Based on the feedback and other information, Baraboo Parks, Recreation and Forestry Director Mike Hardy said the parks commission had decided to pursue smaller projects to improve the pool, rather than selecting from three proposed plans ranging in cost from $600,000 to $8 million to renovate the facility.

MSA Professional Services Inc. architect Carter Arndt has worked with the city on the proposals and was directed to create a “menu of items” for possible pool upgrades after the public input session at the Baraboo Civic Center.

Ten residents attended the session held by the city’s Parks and Recreation Commission. A majority spoke about their preferences for the pool, like resident Laurie Stout, who called on the department to do a better job keeping up with the daily operations of the pool rather than focusing on a big project.

“Baraboo’s historic stewardship of the pool has been very little, in my view,” Stout said, adding that her family has used the facility since it opened in the 1930s.

Others cited examples of unhelpful pool staff and continually empty soap dispensers. The dark conditions in the bath house are a cause for concern, attendees noted, not whether children need a splash pad or if there should be additional parking.

Hardy said he received three emails from people who could not attend the session, which called for a more accessible pool entry point, like a ramped side rather than the ladders on the walls, and locker room upgrades.

Denise Schreiner questioned what the cost of acquiring four properties — included in a proposal for more parking — would be to the city. Aaron Diers raised concern over the added traffic to residential areas if parking was greatly increased at the pool. Both are residents who live near Campbell Park, the site of the city’s public pool for more than 80 years.

“We travel to a lot of the different pools, and they are definitely maintained a lot better than the Baraboo pool,” Hamm said. “My opinion, I think it’s just a lack of adult supervision daily at the pool.”

He said a weekly cleaning crew would likely be helpful as well, and said he doesn’t “see the daily maintenance being done that’s required.”

The pool was last upgraded in the early 1990s, Hardy said during the session.

There were three possible renovation options proposed by Arndt through the evaluation submitted to the city.

Option A, at an estimated cost of $600,000 to $1 million, is referred to as keeping the status quo. It would include some maintenance updates and is the least expensive, though without “significant” upgrades, could prove more costly over time.

Option C outlines an opposite plan, with a complete replacement of the 82-year-old facility in favor of more parking, a zero-depth entry point to a leisure pool in one section and a deeper lap pool adjoining it. The most expensive choice at an estimated $7 to $8 million, it includes a completely rebuilt and bigger bath house with restrooms accessible both to pool and playground users at the park.

A medium of the two extremes, Option B calls for expansion and renovation for up to $5 million. The facility would stay, but parking would be added and the pool would be renovated for a zero-depth entry and added deck or green space. The existing bath house also would expand with additional space on each end.

However, none of those plans will be approved, Hardy said. Instead, members of the parks commission decided Monday that they would like to consider smaller projects. The focus will be on costs for the requested zero-depth access point, improved ventilation and plumbing within the locker room facility and possibly creating bathrooms for all users of the park, not just pool users.

Hardy said the city’s pool is one of the oldest in the state. He agreed with attendees that there were better building standards decades ago, but added that it now costs more to maintain those facilities.

In response to criticism that the facility has not had “adult supervision,” Hardy said the department plans to evaluate its staffing in the spring and possibly assign one person to check in on the pool when it’s open to ensure everyday needs are met.

He said in the last eight years, the city hasn’t had anyone apply for the supervisor position who wasn’t in their early 20s. And while keeping locker rooms stocked and floors clean is important, he said the highest priority for the teenage lifeguards should be to ensure there are no drownings or injuries.

Baraboo is set to pay a local consulting firm nearly $18,000 to identify options for improving its outdoor pool.

Baraboo’s Parks Commission will pay a consulting firm to help the city decide whether to repair or replace its aging outdoor pool.

Looking to dip a toe into the water rather than dive in, the Baraboo Parks Commission will seek a consultant’s help in determining whether to …

Every municipal swimming pool has a story, and apparently no two are exactly alike.

The Baraboo Parks, Recreation and Forestry Department has been seeking individuals to serve on a newly created advisory committee focused on m… 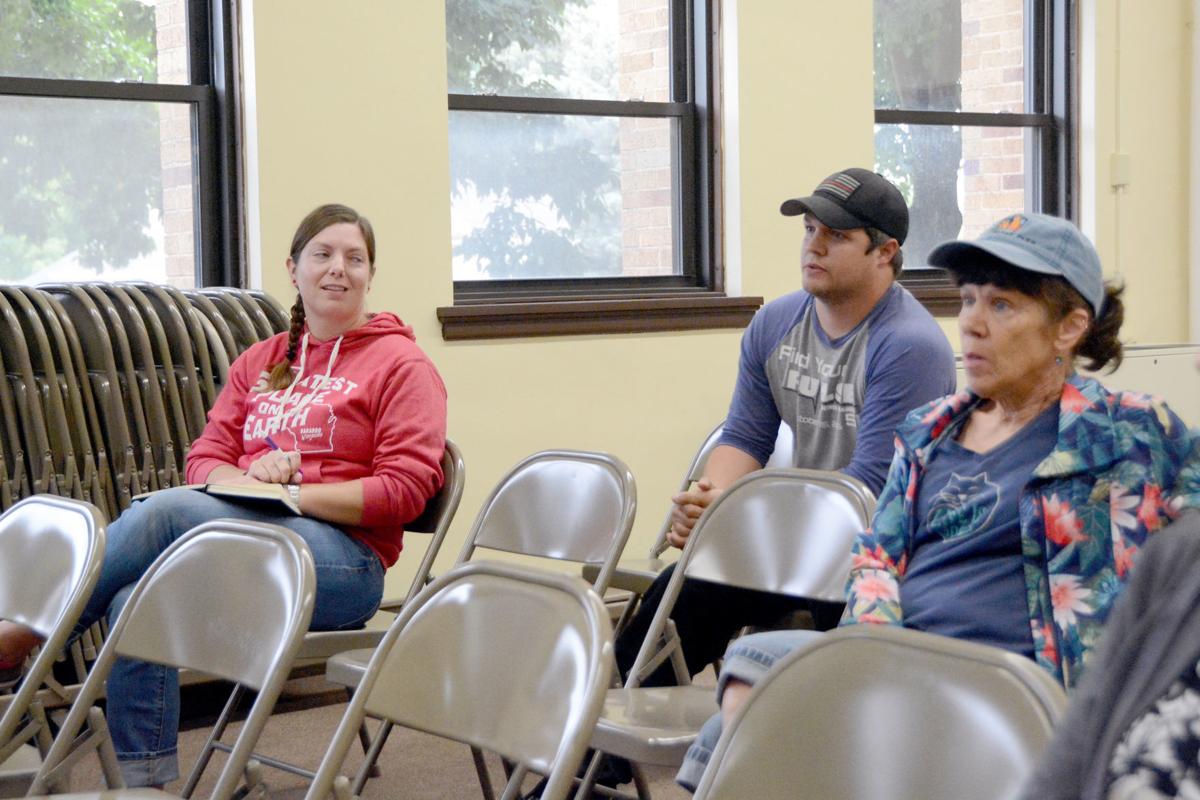 Denise Schreiner of Baraboo listens as Aaron Diers expresses concerns about the potential for added traffic on residential streets if more parking is added at the city's public pool Monday at the Baraboo Civic Center. 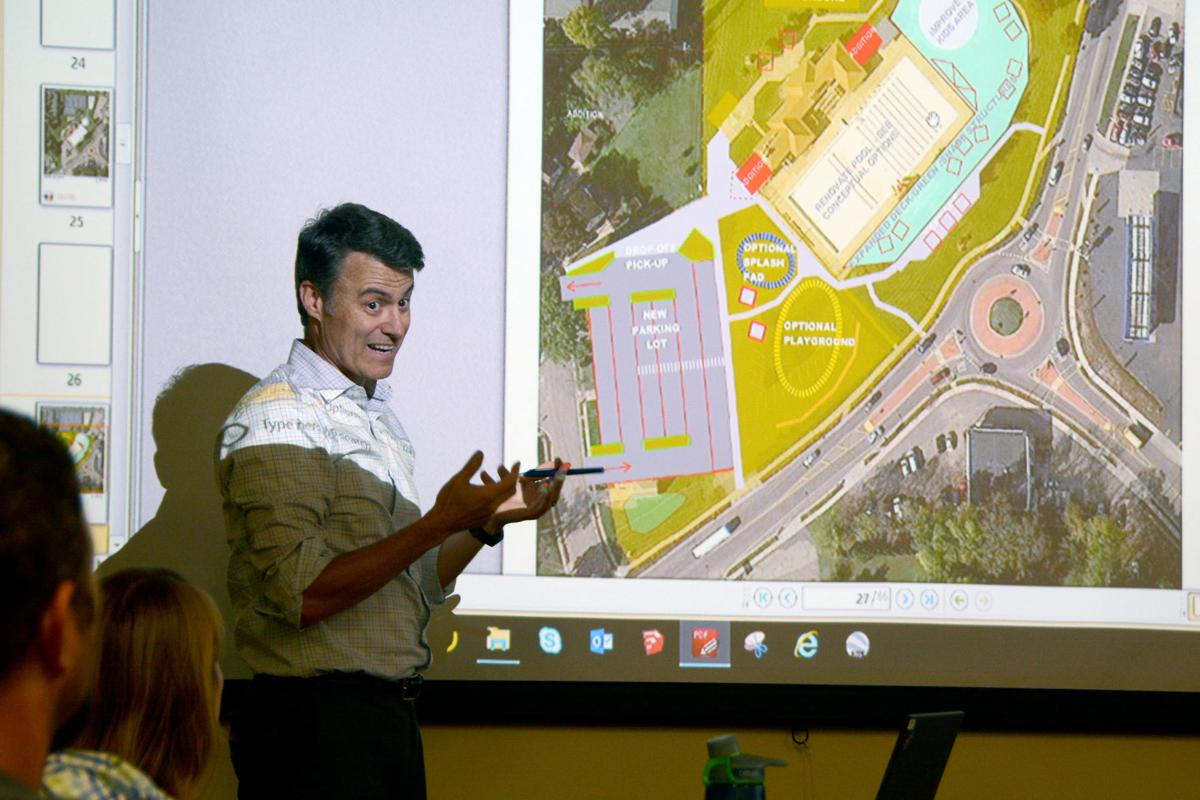 MSA architect Carter Arndt outlines Option B from the 2019 Acquatic Facility Evaluation during a public input session Monday at the Baraboo Civic Center. 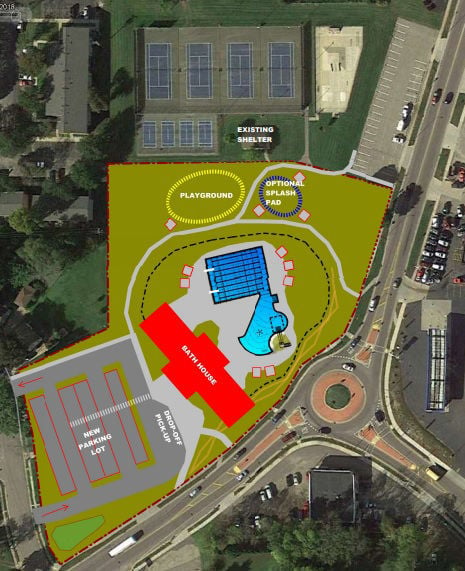 Option C for the city to consider would have replaced the current 82-year-old pool facility at Campbell Park by acquiring roughly four properties to the west for additional parking, the construction of a new bath house and a pool with leisure and lap swimming sections. Parks, Recreation and Forestry Director Mike Hardy said Tuesday that the city parks commission decided to table decisions regarding updates at the pool. 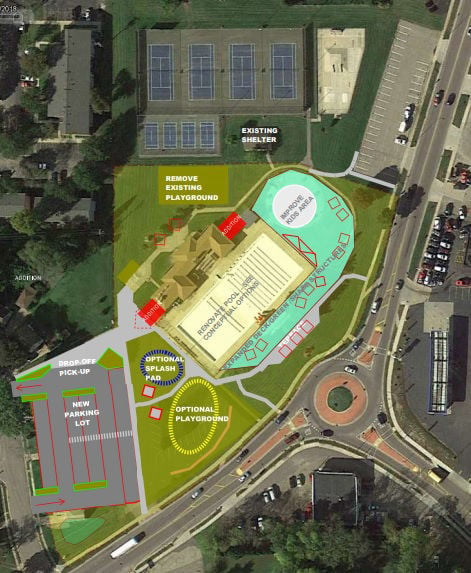 Option B from the acquatic facility evaluation report calls for a compromise between Option A to keep the status quo with maintenance upgrades and Option C, which calls for a completely new facility, by expanding and updating the site of the city's public pool.