A familiar face, both locally and nationwide, is now a featured part of downtown Beaver Dam.

Zieman was a fiber artist, author, designer and sewing educator who grew her business, Nancy’s Notions, in Beaver Dam. She gained fame as the host of television show “Sewing with Nancy,” which ran for 35 years on public television.

Former BDACT president Scott Eberle took the lead on the mural project. He, along with a volunteer crew, adhered the colorful tiles last Thursday to a 12-foot by 12-foot frame made by Breuer Metal Craftsman.

Deanna Springer, a longtime colleague of Ziemans, said she was overwhelmed and cried watching the mural go up. She said the mural is similar to the art of quilting.

“Different tones of fabric – lights, mediums and darks – can be put together to form kind of a pixelated picture,” Springer said. “It (the mural) uses paint in a cool way. It’s not just a billboard, it was made by the community, and to Nancy everything was about building community connections and relationships.”

The public is invited to a mural dedication ceremony Friday at noon. In addition, the new Nancy Zieman Sewing Studio will hold a store opening event Oct. 14—16 from 9 a.m. to 2 p.m. each day. The store is located at 120 Front St. and has a rear entrance directly across the alley from the mural.

When: Friday at noon 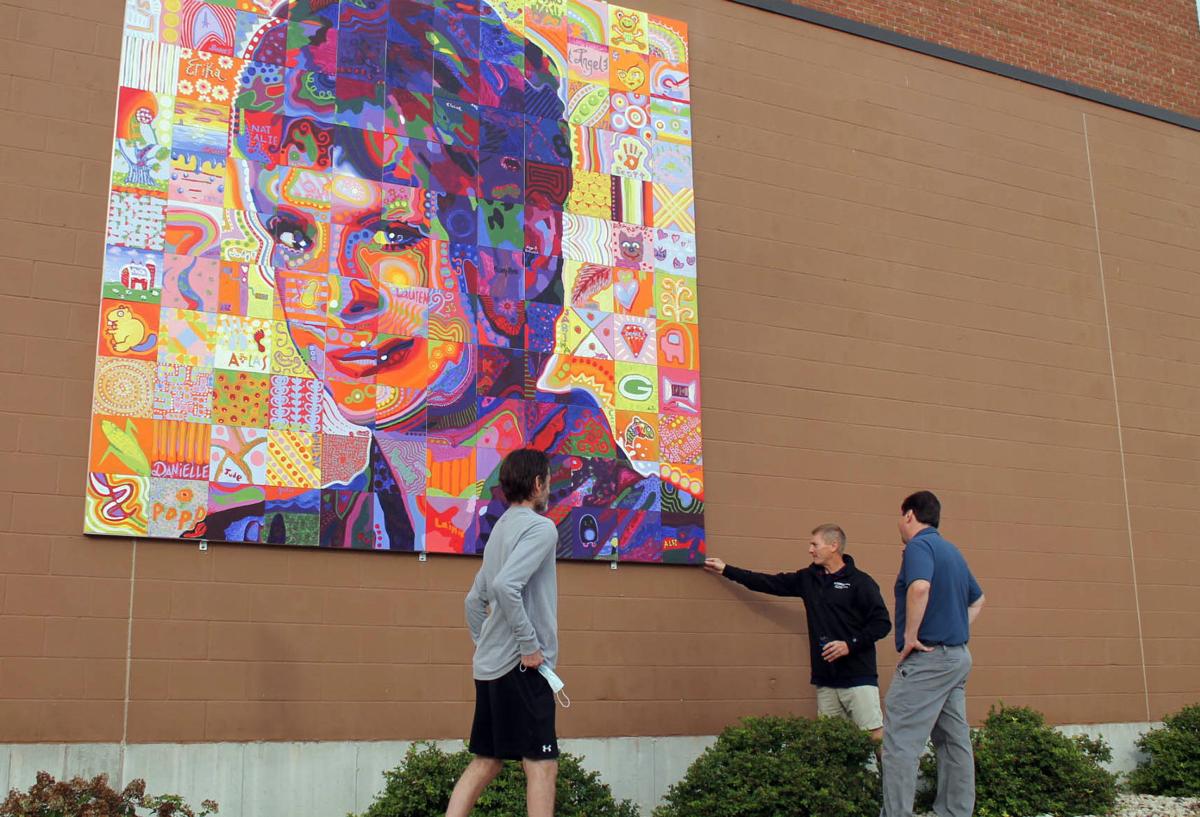 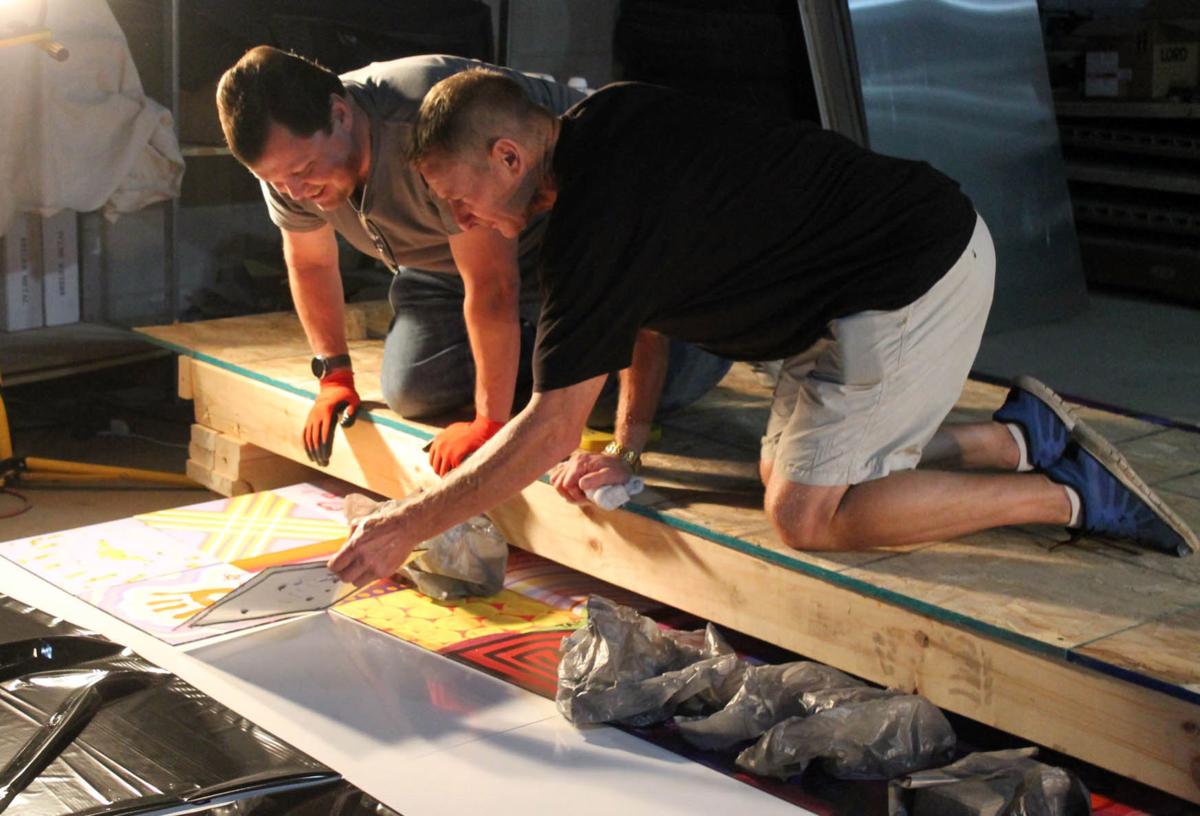 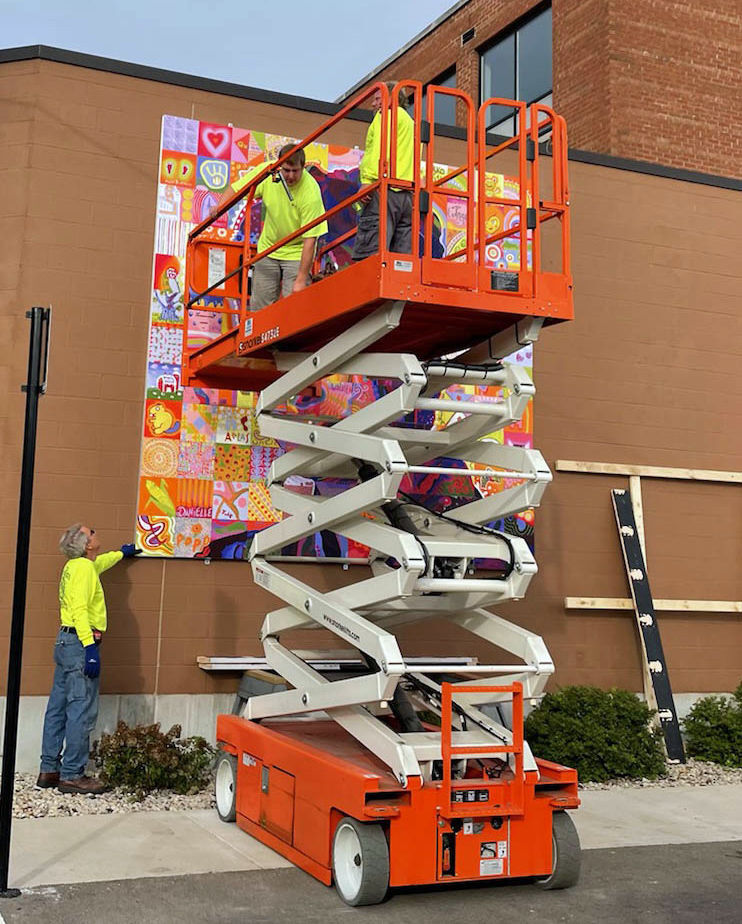