Here are today's top stories, celebrity birthdays and a look back at this date in history:

WASHINGTON (AP) — Homicides in the U.S. in 2020 increased nearly 30% over the previous year, the largest one-year jump since the FBI began keeping records, according to figures released Monday by the agency.

Homicides and non-negligent manslaughters climbed an estimated 29.4% to 21,570, an increase of 4,901 over 2019, FBI data showed. It is the highest estimated total since the early 1990s, when homicides stayed above 23,000 a year as drug wars played out in many places in the U.S.

Violent crimes in 2020 went up by a more moderate 5.6% over the previous year while property crimes continued a nearly two-decade decline, falling 7.8%. Robbery and rape dropped 9.3% and 12% respectively.

They were mostly young Black women. And Black girls.

And that, say accusers and others who have called for him to face accountability, is part of what took the wheels of the criminal justice system so long to turn, finally leading to his conviction Monday in his sex trafficking trial. That it did at all, they say, is also due to the efforts of Black women, unwilling to be forgotten.

ARLINGTON, Texas (AP) — Dak Prescott ran toward the tunnel, raising his arms to the fans and tossing them souvenirs after the Dallas Cowboys manhandled the Philadelphia Eagles in prime time.

The scene was a stark contrast to almost a year earlier, when the star quarterback was in tears as he rode on a cart through the same spot after the gruesome ankle injury that ended his season.

Prescott threw for three touchdowns in his first home game since the injury, Trevon Diggs returned an interception 59 yards for a score and the Cowboys beat the Eagles 41-21 on Monday night.

Click on the links below for full version of today's top stories. Keep scrolling for a look back at this day in history and today's celebrity birthdays:

WASHINGTON (AP) — Homicides in the U.S. in 2020 increased nearly 30% over the previous year, the largest one-year jump since the FBI began keeping records, according to figures released Monday by the agency.

WASHINGTON (AP) — The top U.S. military officer called the 20-year war in Afghanistan a “strategic failure” and acknowledged to Congress on Tuesday that he had favored keeping several thousand troops in the country to prevent a collapse of the U.S.-supported Kabul government and a rapid takeover by the Taliban.

NEW YORK (AP) — The nation's largest school district can immediately impose a vaccine mandate on its teachers and other workers, after all, a federal appeals panel decided Monday, leading lawyers for teachers to say they'll ask the U.S. Supreme Court to intervene.

WASHINGTON (AP) — Seventy-eight-year-old Joe Biden and 79-year-old Mitch McConnell got their booster shots Monday, the Democratic president and the Republican Senate leader urging Americans across the political spectrum to get vaccinated or plus up with boosters when eligible for the extra dose of protection.

WASHINGTON (AP) — President Joe Biden is nominating nine lawyers to run U.S. attorney’s offices across the country, a diverse group of candidates in the latest round of picks for the top law enforcement positions.

NEW YORK (AP) — In a story published September 28, 2021, about reactions to the R. Kelly verdict, The Associated Press erroneously reported the name of a television news program. It is now called “CBS Mornings,” not “CBS This Morning.”

ANNAPOLIS, Md. (AP) — Selene San Felice said she often questioned how or why she survived the shooting that left five others dead at a Maryland newspaper. Montana Winters Geimer described the grievous loss she and the community suffered when her mother, longtime local journalist Wendi Winters, was killed in the attack.

ARLINGTON, Texas (AP) — Dak Prescott ran toward the tunnel, raising his arms to the fans and tossing them souvenirs after the Dallas Cowboys manhandled the Philadelphia Eagles in prime time.

IMAGE OF THE DAY

Top pics from the weekend: Germany Election and more

In 1976, Muhammad Ali wins a unanimous 15-round decision over Ken Norton at Yankee Stadium in New York to retain his world heavyweight title. …

The Latest: Australia's capital: 99% with at least 1 dose

CANBERRA — Australia’s capital Canberra has come out of lockdown with authorities reporting more than 99% of the population aged 12 and older having at least one dose of a COVID-19 vaccine.

""They set out to do it, and they did it," the superintendent said. "It has no place in high school athletics."

An Indiana man inaccurately told police his 2-year-old son shot himself with a .40-caliber handgun, "because he just wished it wasn't the rifle," authorities said.

The mother told police the 4-year-old was kept in the basement for days at a time and that food was also withheld from the boy, according to the documents.

It wasn't clear if the determination might lead to additional charges against Brian Laundrie, who is considered a person of interest in her disappearance and remains unaccounted for.

After several attempts, wildlife officers remove tire that was around elk's neck for over 2 years

The mystery remains to how and when the Colorado elk got the tire stuck.

Millions of retirees on Social Security will get a 5.9% boost in benefits for 2022, the biggest cost-of-living adjustment in 39 years.

An Indiana family of four says it was mistakenly given COVID-19 vaccines instead of flu shots at a Walgreens, according to an attorney and local reports. 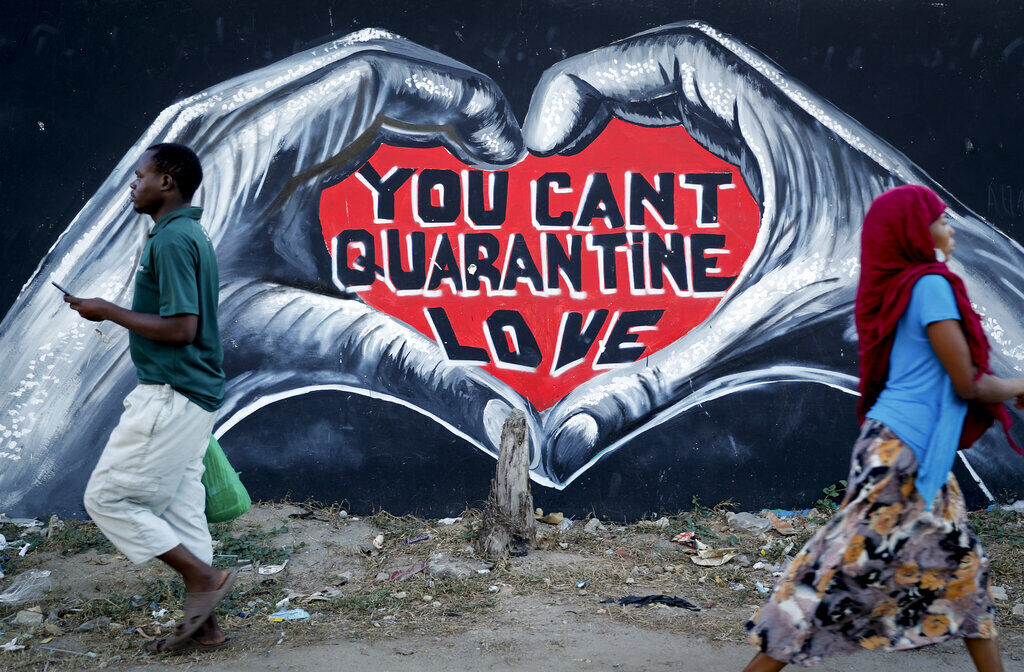 Pedestrians walk past a coronavirus information mural on a street in Mombasa, Kenya Monday, Sept. 27, 2021. 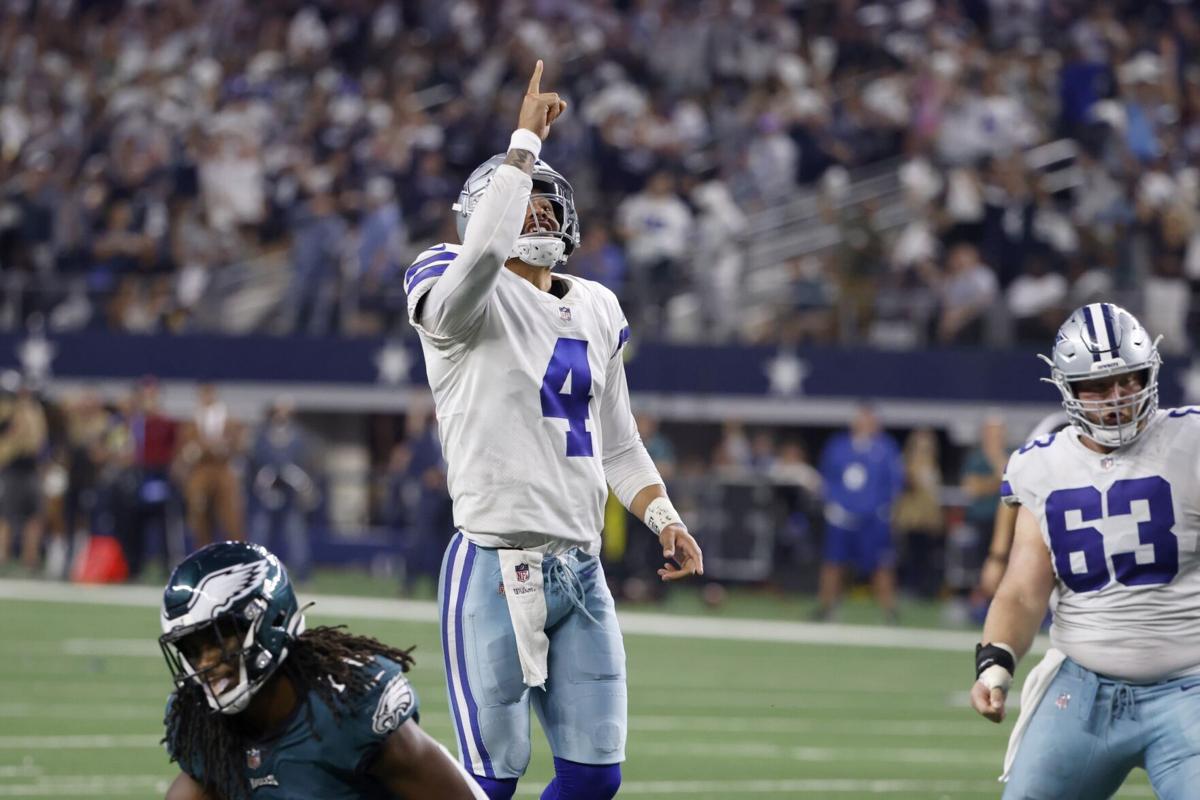 Dallas Cowboys quarterback Dak Prescott (4) and center Tyler Biadasz (63) celebrate a touchdown scored by Dalton Schultz in the second half of an NFL football game against the Philadelphia Eagles in Arlington, Texas, Monday, Sept. 27, 2021.

Accusers and others demanding accountability for the R&B superstar over allegations that he was abusing young women and girls for decades say it took so long to get to a guilty verdict in part because his targets were Black. 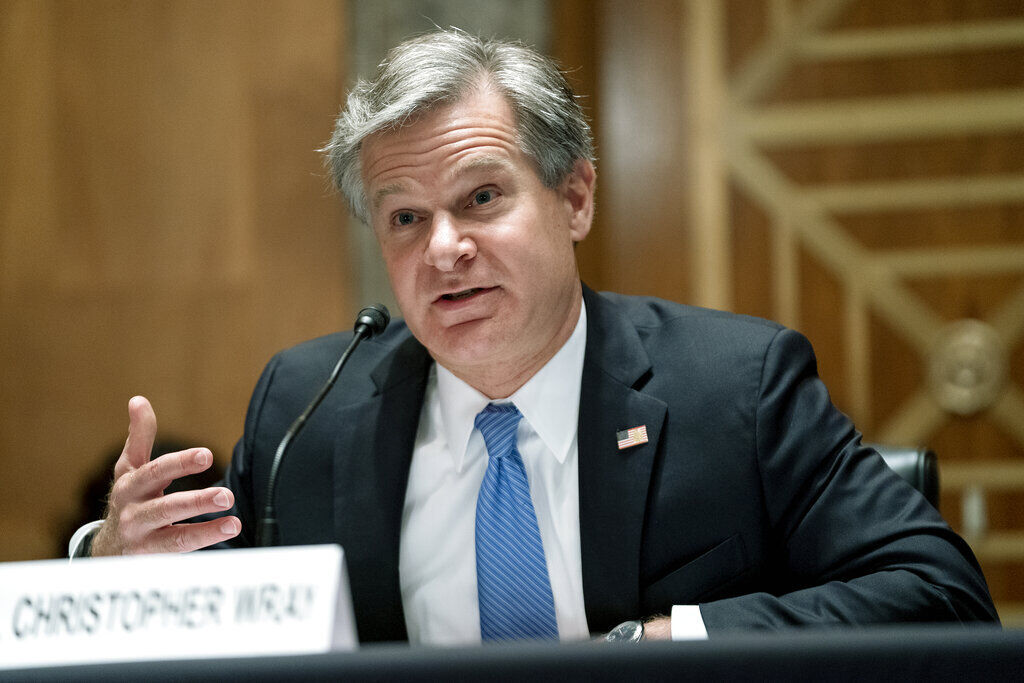