CROWN POINT, Ind. — An Indiana boy killed Sunday while he was trick-or-treating in his grandmother's neighborhood had just turned 13 and was "the best son in the world," mother Jasmine Anderson said.

Thomas DeLaCruz Jr. was killed and another 13-year-old boy was wounded when several men opened fire on a group of trick-or-treaters about 7:30 p.m. in Hammond, Indiana, according to court records.

A 23-year-old Gary, Indiana, man charged Wednesday with murder and attempted murder in DeLaCruz's slaying told police he was handed a gun and felt like he had to shoot at the trick-or-treaters when his companions opened fire, according to court documents.

Desmond L. Crews, of Gary, was captured by a Hammond police officer after a father of one of the trick-or-treaters began chasing him from the scene of the shooting, Lake Criminal Court records state.

Crews has not yet entered pleas to the charges. An investigation into other possible suspects was ongoing, police said.

Anderson said she was preparing Wednesday evening for her son's body to be released to a funeral home and didn't know "where to start or begin."

"He was the best brother, the best cousin, the best friend in the world," Anderson said. "He danced, he was happy, he was a kid.

Thomas was out trick-or-treating in Hammond's Hessville neighborhood, where his grandmother lived for more than 15 years, she said.

"He was being a kid out with his aunt trick-or-treating, walking with a group of kids," she said. "And some ignorant, sick person decided to shoot at kids."

According to court records, one of the trick-or-treaters, who was wearing a clown mask, told police he exchanged words with a man wearing shorts about 30 to 45 minutes before the shooting.

Before leaving the area, the man in shorts "threatened to get a .38 and shoot them," documents allege.

The group of trick-or-treaters traveled several more blocks before noticing a silver car occupied by five or six people, who appeared to be staring at the teenagers.

The teen in the clown mask told police the driver of the silver car parked, the people inside got out and one of them was the man in shorts. When another man from the silver car took a "shooting stance," the boy told his friends to run and gunshots rang out, records state.

Crews, who admitted he was wearing a yellow sweatshirt, was seen running with a gun before he was caught by police, documents state.

Crews allegedly told detectives he was among those riding in the silver car. The man in shorts, who was seated behind Crews, "kept saying a group of people could have rolled him and someone was going to die tonight," documents state.

When the man in shorts pointed out a kid in a clown mask, Crews realized the trick-or-treaters were "just little kids," records state.

Crews told police others in the car handed him 9mm firearm and extended magazine. When he heard others from the car start shooting, "He felt like he had to shoot," records state.

Crews claimed he shot over the children's heads, but he wasn't confident he missed them because he saw a child collapse, according to court documents.

'Everyone is going to know'

Anderson said her son was taken too soon from his family, including his 10-year-old sister.

Thomas was a protector to his little sister and was his father's pride and joy, according to a statement issued on behalf of the family.

Anderson said several funds were started to help the family pay for funeral expenses for her son. Donations can be sent via Zelle to delacruz3884@gmail.com or via Cash App to $JasmineAriel91.

Anderson was planning a vigil for her son at 5 p.m. Thursday at the site of the shooting, she said.

"If I have to post his picture in the sky, everyone is going to know what this man did to my child," she said.

"While we are thankful for the community support, which led to the arrest of the person of interest, we are heartbroken that such an event could even occur," Kellogg said. "Our hearts go out to the families of these boys."

More than 50 now dead in coal mine blast; plus other top news today

Finding other survivors is highly unlikely, officials said. In the U.S., weather may make post-Thanksgiving travel tricky, and hundreds of FedEx shipments have been found dumped in a ravine.

The most infamous balloon mishaps from the Macy's Thanksgiving Day Parade

You know what they say, the Macy's Thanksgiving Day Parade is all fun and games until one of the balloons goes down.

'Mama, are you OK?' In Waukesha, minutes of terror recounted

The joyous, mingled bedlam of the parade — the drums of different bands, the cheers of the crowd, the recorded music for various dance groups — seemed to just stop.

Waukesha, Wisconsin, Police Chief Dan Thompson with the latest from the investigation into the incident in which a driver plowed through the city's Christmas parade.

Lawyer: Brian Laundrie fatally shot himself in the head

An attorney for the family of Brian Laundrie said Tuesday that he fatally shot himself in the head.

Eighteen of the more than 40 people injured by an SUV that plowed through a Christmas parade in Waukesha, Wisconsin, on Sunday were children ages 3-16, officials said.

Explainer: What is the Strategic Petroleum Reserve?

A Q&A on what President Biden's plan to tap the Strategic Petroleum Reserve will mean for Americans.

US to require vaccines for all border crossers in January

Target to keep stores closed on Thanksgiving for good

The new standard at Target could push other retailers to follow in its path. See what's behind the decision.

A difficult political atmosphere for President Joe Biden may have become even more treacherous with the acquittal of Kyle Rittenhouse. 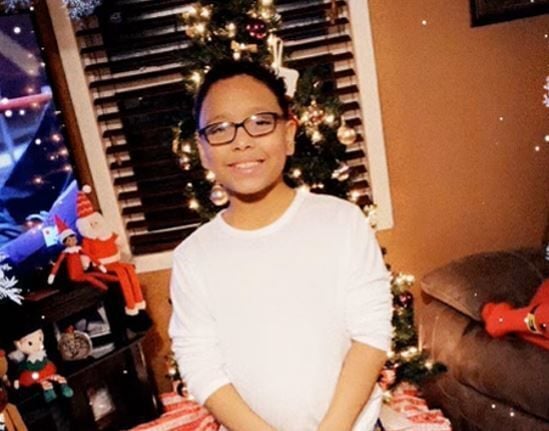 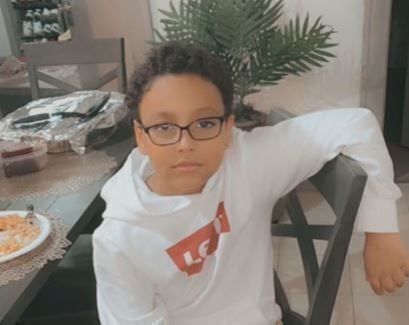 Thomas DeLaCruz Jr., 13, was killed Oct. 31, 2021, when a group of men opened fire on teenage trick-or-treaters in Hammond following an "exchange of words," according to court records.