RACINE — Two youths who were pulled from Lake Michigan Saturday have died.

A 17-year-old boy who drowned Saturday at North Beach, and was last reported in critical condition, has died, according to a 3 p.m. press release from the Racine County Sheriff's Office.

The boy was identified as Yadyinder Singh, of Franklin. Singh was unresponsive when rescued from Lake Michigan and died during the early morning hours of Monday from injuries consistent with drowning, authorities said.

"We also extend our condolences to the family and friends of Yadyinder," the sheriff's office said.

A young girl who drowned Saturday at Zoo Beach, and shortly after died, was also identified Monday by the Racine County Sheriff's Office.

She was Eisha N. Figuereo Colon, from the City of Racine. She went by the name "Naomi."

She was also previously identified as being 9 years old, but the sheriff's office clarified she was actually 10 years old.

"The Racine County Sheriff's again extends our condolences to the family and friends of Naomi," the press release said.

The investigation into both incidents is ongoing and no further information is currently available, authorities said.

Pages from the past, June 21: Fire perils Racine industrial plant

Barn collapsed the day after being installed on property, killing Iowa father and son

“What everybody needs to know is that Andy was so overly cautious with anything with his kids,” a neighbor said. “There’s no way if there was any danger that Andy saw that he would have had his kids anywhere near it.”

Triple homicide under investigation near Holmen; no suspects in custody

A triple homicide in town of Hamilton is under investigation after three bodies were discovered early Friday morning.

Detecting Lynch syndrome — which increases the risk of colon, endometrial, ovarian, stomach and other cancers — can involve testing by Fitchburg-based Promega.

The Madison City Council is expected to vote on a resolution Tuesday calling on leaders to halt construction of two Enbridge pipeline projects.

"I wouldn’t run if I don’t think I could win," said Johnson, who is undecided on a re-election bid.

Jim Polzin: Andrea Nelson's extended boxing family has helped her just as much as she’s helped them

The sport helped Nelson turn around her life to the point where she’s now making an impact on the boxers she coaches — just as they continue to stand in her corner. 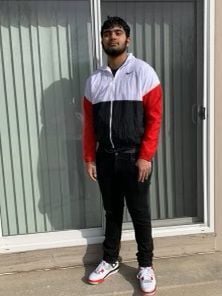