EDGERTON — What started out as a food pantry is taking another step in its impressive evolution.

Since its founding in 1989 by local residents with support from the local Methodist church, what ultimately grew into Edgerton Community Outreach has helped transform this Rock County city, its historical past rooted in the tobacco industry, its future buoyed by the organization’s support and programs.

They include free meals on Thanksgiving and Christmas Eve that serve hundreds in this city of 5,952 people. There’s a giving tree to help those struggling to provide presents to their children at Christmas, a school snack program and the food pantry that serves scores of families each month.

Edgerton Community Outreach, housed in a renovated tobacco warehouse, also provides assistance with utility bills, pharmacy prescriptions and transportation paired with case management. One of its most visible programs is a giant thrift store that generates more than $200,000 in annual sales.

But housing is a large component of the organization’s mission, and that effort is getting another entity, this one to help homeless veterans while at the same time providing meeting space for the local VFW and restoring this city’s oldest commercial building.

“My dad served in Vietnam and I just think honoring our veterans and creating housing and making sure they don’t get lost in the shuffle is huge,” said Sarah Williams, Edgerton Community Outreach’s executive director since 2002 and a lifelong resident of the city.

The $2.1 million project at 210 W. Fulton St. is ambitious, as most of the building is uninhabitable and in dire straits. The exception is the space occupied by an Edward Jones office. That business will relocate next month to a spot a block away before crews from Bachmann Construction arrive and begin hollowing out all three stories of the building.

Half of the first level was home to a former silk-screening business that closed years ago, with some of the now dilapidated and rusting equipment left behind. The ceiling is caving in, there’s water damage, while plaster and wood fragments litter the musty floor. The second and third floors are in a similar state, with old appliances left behind and only a skeletal framework of studs remaining that provides a clue to its most recent past as a series of apartments that shared a single bathroom.

But by about this time next year, the building, constructed in 1854 as a hotel, will have a new look and use both inside and out.

Six apartments — an efficiency, a one-bedroom and a two-bedroom apartment on each of the second and third floors — will be constructed along with the addition of an elevator. A long, narrow, single-story building at the rear of the property that once housed a bowling alley, and in the 1980s and 1990s a video arcade where Williams played Pac-Man, will be removed to create a parking lot for the tenants.

Below the apartments will be 3,000 square feet of office and meeting space, while the exterior will take on a cleaner look but one that pays homage to its historical past. Rents are expected to be $460 per month for an efficiency apartment, $535 for a one-bedroom and $625 for a two-bedroom. Those not rented to veterans could be occupied by women with children.

“I just love to save old buildings,” Williams said. “Sometimes it’s not practical, but this is a cool building. We don’t need to knock them all down.

“I just cannot wait to see it completed.”

The project has been a true community effort.

The city purchased the building for $100,000 and then sold the property to Edgerton Community Outreach for $1 and awarded the project a $400,000 tax incremental financing grant. Rock County and the Wisconsin Economic Development Corp. have each kicked in $250,000, while an anonymous donor has gifted $100,000 to the project in addition to other smaller donations from the community.

“They’re solving a bunch of challenges,” said Sam Rikkers, deputy secretary and chief operations officer for WEDC. “I don’t know of a project with more community than this one. When you have an alignment of all these folks coming together, that’s what you need.”

VFW Post 2708 has contributed in a huge way. It donated $100,000 and then in June hosted Hike for Heroes, a 24.6-mile walk from Beloit to Edgerton involving active duty, reserve and retired veterans. Coupled with a block party, the one-day event raised $175,000.

Williams said Edgerton Community Outreach is now just $300,000 away from covering the entire cost of the project, but could also receive a federal earmark that would send the fundraising effort over the top.

The owner of the building was reticent about selling the property, but when informed that it would help veterans, agreed to the sale, said Fred Falk, a member of the VFW and a retired lieutenant colonel in the Wisconsin Army National Guard.

One of the best examples was the creation of what is now Edgerton Hospital and Health Services.

In 1921, volunteers from the Service Star Legion created a community-owned, non-stock, tax-exempt corporation and raised funds for the construction of the original red brick hospital on a hill west of the city’s downtown. Opened in 1923, it was then called Memorial Hospital in honor of the World War I servicemen and women who would receive free care at the facility, which was constructed for $53,000.

“But for that, we probably wouldn’t have a hospital,” Falk said last week.

And like Edgerton Community Outreach, the hospital — a rarity for a community of Edgerton’s size and proximity to Madison, Janesville and Stoughton — has also evolved. In March, it received a $3.8 million grant from the state that is being used to purchase a building in Fulton Square in downtown Edgerton, where the hospital plans to move its ear, nose and throat, pulmonary, cardiology, podiatry and surgery clinics, which will allow the hospital to increase its capacity and level of care, according to its website.

The Edgerton Community Outreach project is another addition to the downtown and one that will serve the needs of many, said Chris Lund, a lifelong resident of the city who has been its mayor for 14 years. In addition to apartments and meeting space, the facility will include a commercial kitchen and help increase programming and services to seniors in the city.

“I didn’t realize there was so much support for it,” Lund said last week during a tour of the building. “It’s really been amazing.”

A $2.1 million project will transform a history building in downtown Edgerton into housing for veterans, meeting space and offices.

Video 3: Police-issued body worn camera video at a second location, a residential neighborhood. There is no audio for the first minute.

Video 3: Police-issued body worn camera video at a second location, a residential neighborhood. There is no audio for the first minute. 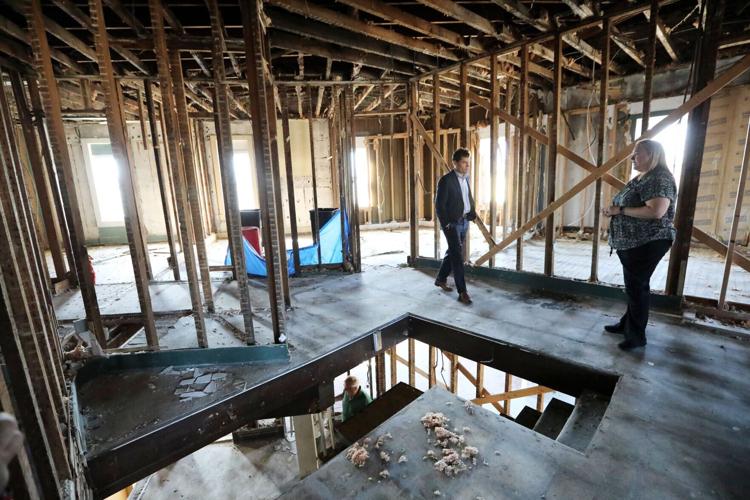 Sarah Williams, executive director of Edgerton Community Outreach, gives Sam Rikkers of the Wisconsin Economic Development Corp. a tour of the space in downtown Edgerton that will be converted to housing for veterans. The $2.1 million project will create six apartments, meeting and office space in the city's oldest commercial building. 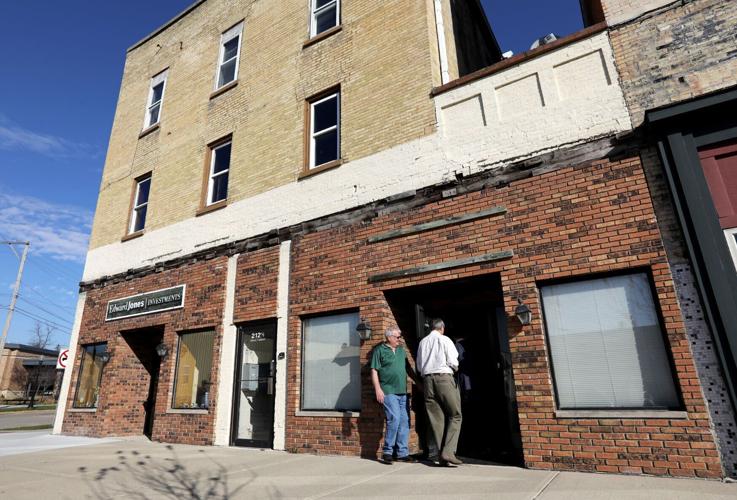 This building at 201 W. Fulton St. in downtown Edgerton was built in 1854 as the Taylor House, but has largely fallen into disrepair. A project to renovate the three-story structure is scheduled for completion in late 2023 and is being funded by a number of community, county and state entities. 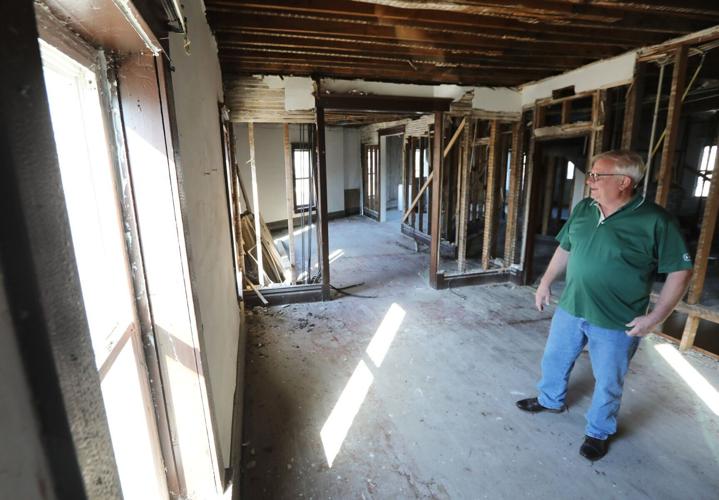 Edgerton Mayor Chris Lund looks over the space that will soon be converted to veteran housing. The city purchased the building for $100,000 and sold the facility to Edgerton Community Outreach for $1. A $2.1 million renovation will bring the building back to life. 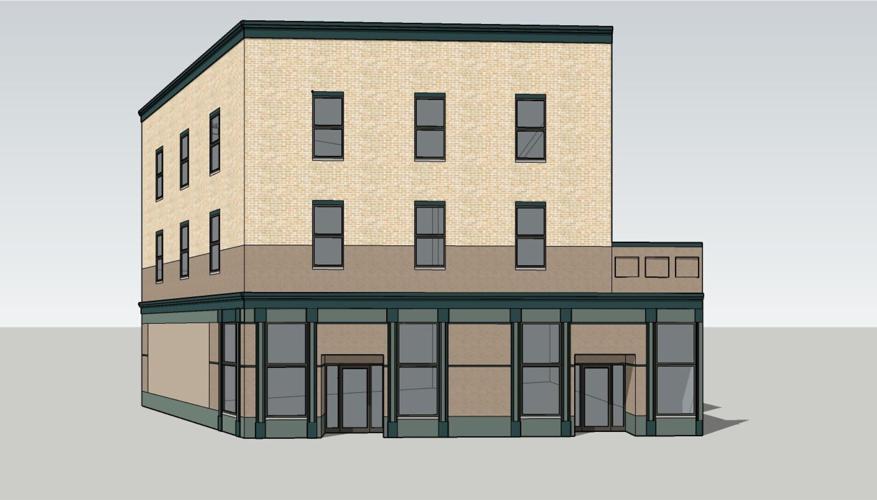 This rendering shows the planned look for the exterior of a building in downtown Edgerton that will be home to six apartments for veterans on the second and third floors and meeting and office space on the first floor. 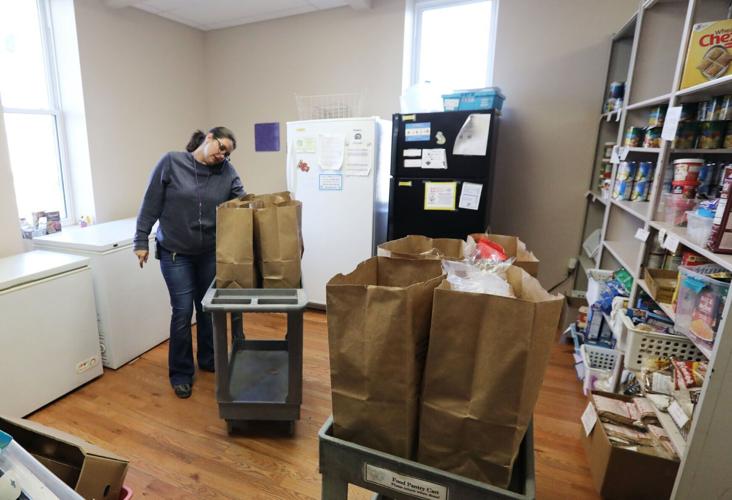 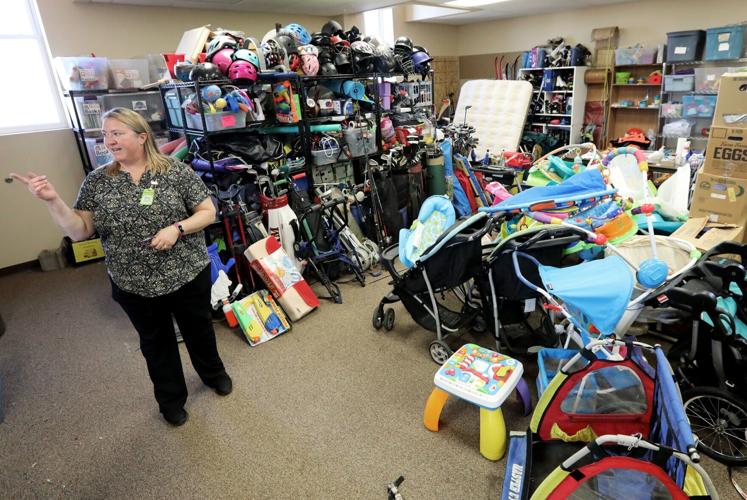 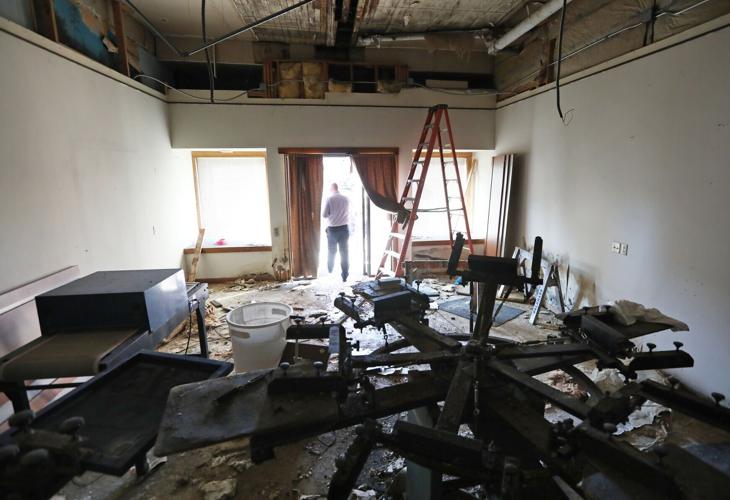 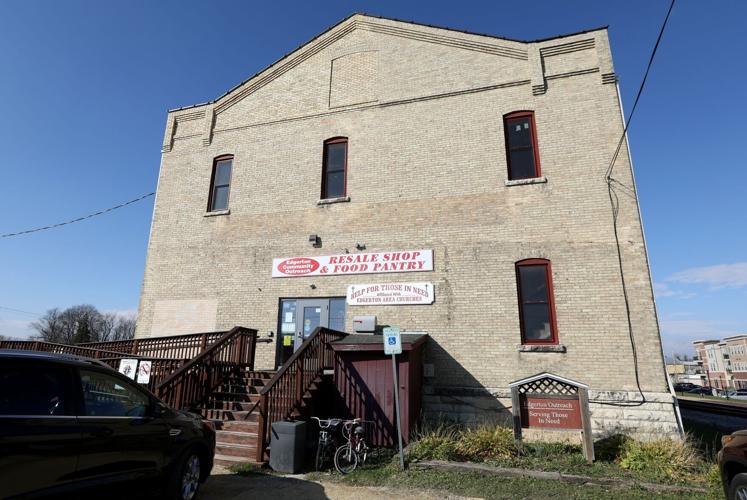 Edgerton Community Outreach is housed in this historic tobacco warehouse in the city's downtown. At one time, the city had 44 such warehouses, but only a handful remain. 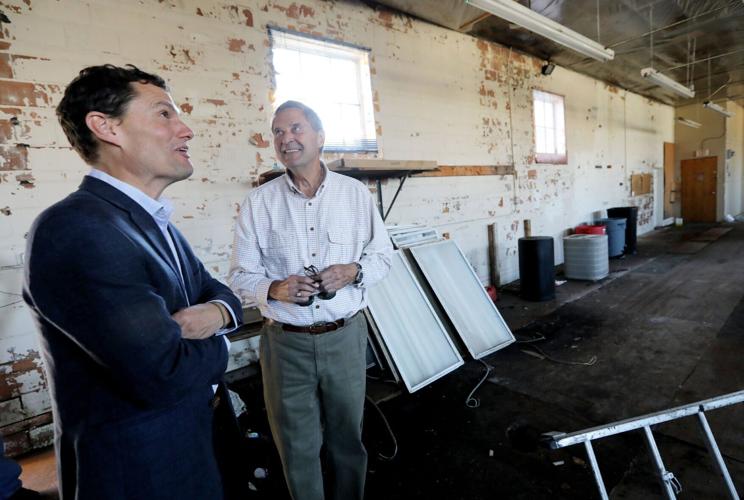 Sam Rikkers of the Wisconsin Economic Development Corp., left, and Fred Falk of the Edgerton VFW visit in a building that at one time was a bowling alley in downtown Edgerton. The building, now in a state of disrepair, will be removed to create a parking lot for the tenants of the adjacent and soon-to-be-renovated historic building owned by Edgerton Community Outreach.