The day after the U.S. Supreme Court overturned Roe v. Wade in June, Wisconsin Democrats convened in La Crosse for their state convention to offer a unified message that reproductive health would be on the ballot come November.

In the months that followed, abortion policy has remained front and center in many statewide campaigns, including for Democratic Gov. Tony Evers, who is seeking a second term in office against GOP challenger Tim Michels, and Lt. Gov. Mandela Barnes, who is vying to oust Republican U.S. Sen. Ron Johnson.

Restoring abortion rights and blocking enforcement of the state’s 1849 near-complete abortion ban was to be the issue that would cushion Democrats against an election many expect to favor Republicans.

But as voters prepare to cast their ballots Tuesday, it’s unclear whether Democrats have enough momentum on their side in the post-Roe landscape to overcome other midterm factors, such as inflation and crime, driving many voters against them.

“Abortion is going to be one of several key issues in this election, and it could play out in a slightly different manner in the race for governor and the race for Senate,” UW-La Crosse political science professor Anthony Chergosky said. “Tim Michels and Ron Johnson have taken different approaches and have followed different strategies in dealing with the fallout from the Supreme Court decision,” which could mean the issue plays out differently in the gubernatorial election versus the Senate race.

After the court ruled, attention turned to whether Wisconsin’s 173-year-old ban would be revived. That suggests the issue may be a bigger factor in the race for governor, who has more of a say in state law than a U.S. senator, Chergosky said.

Michels said earlier this year that the state ban, which has no exceptions for rape or incest, is an “exact mirror of my position.” But in September, he said he would sign a bill providing those exceptions if the ban is upheld in court. Evers, who seeks to codify Roe v. Wade, has said he would not support such exceptions if it means leaving Wisconsin’s 1849 law in place.

While Johnson praised the court’s decision overturning Roe, he has emphasized that he wants states, not Congress, to decide what limits to put on abortion. He has suggested the state hold a referendum asking voters what limits they would place on the procedure, but has not said what limits he supports.

Barnes backs abolishing the filibuster to allow the Senate to codify abortion protections nationwide with a majority vote but shy of the 60 votes required now. But it’s unclear — and increasingly unlikely, according to political forecasters — whether Democrats can pick up two more seats in the U.S. Senate to overcome the two liberals opposed to abolishing the filibuster.

“I know abortion isn’t polling at the top of the issue list right now,” Democratic Party of Wisconsin chair Ben Wikler said on Twitter. “But this isn’t just a political issue. It’s a moral issue.”

But the issue isn’t polling nearly as high with swing voters and Republicans. Abortion policy is seventh from the top in issues that most concern independents, with 47% of respondents saying they are very concerned about the matter, the poll showed. Among Republicans, abortion ranks eighth, with 33% of respondents saying they’re very concerned about the issue.

“The point is, single-issue voting really, virtually doesn’t exist,” poll director Charles Franklin said. “There may be some individuals where it’s the only issue. But when a party has an advantage on an issue, that doesn’t mean they win 100% of the votes from people who agree with them ... it means the people who agree with them on that issue become a little more likely to vote for them.

“In the game of inches, which is politics, getting an extra 3% or 4% from a group that agrees with you on an issue is worth having,” he added.

“I think the issue continues to motivate Democrats, it continues to be a central concern, but it doesn’t look like it has had that same staying power with independents,” Franklin said.

Awareness among respondents of the overturning of Roe v. Wade has remained high, with 78% of respondents saying they’ve heard a lot about the decision, compared with 19% who have heard little.

Still, the time that has elapsed since the decision until Nov. 8 may be a long time for the momentum that the decision generated among liberals to stick.

“It’s all about those irregular voters, those inconsistent voters — Democrats really need those voters who do not show up to the polls consistently to actually show up this November,” Chergosky said. “And I think it is an open question if the effect of the Supreme Court ruling will have faded in those people who vote inconsistently.”

Elections 101: Video series explains how elections are carried out in Wisconsin

The Wisconsin Elections Commission put together the following series of instructional videos and accompanying lesson plans for use in high school civics classes and the general public.

An overview of elections administration in Wisconsin.

Let's take a look at how we maintain security and integrity with all of our elections.

The ins-and-outs of voter processes like registering to vote and requesting a ballot to vote absentee.

A Day at the Polls

See what it is like to go to the polls and vote.

The election is Tuesday. Are you ready?

Get caught up on who's on the ballot, how to vote and when you can expect to see results.

Evers and Michels are in a hotly contested Nov. 8 election that could drastically impact Wisconsin policy for the next four years, including t…

Candidates and advocacy groups have spent more than $114 million, far surpassing the previous record of $93 million spent in the 2018 election.

Staying true to its battleground status, Wisconsin’s hotly contested races for U.S. Senate and governor appear poised to come down to razor-th…

Still undecided? Here is where the candidates stand on the issues

If you're among that most rare of species -- the undecided voter, still wondering where the candidates stand on the issues -- we're here to help. 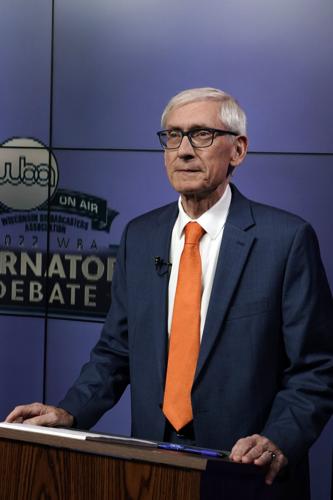 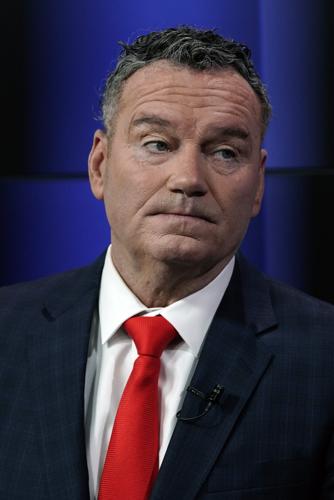