Attorneys in Kyle Rittenhouse's murder trial sparred for a second day Thursday over the technology used to zoom in on video and create enlarged images, with prosecutors alleging the defense was taking advantage of the 75-year-old judge's admitted lack of understanding about current technology.

"I will tell you that I totally agree with your comment about my lack of familiarity with these concepts," Judge Bruce Schroeder told the attorneys without the jury present. "This is a difficult concept for me, yes."

In both cases, prosecutors were arguing for enlarging key images on the night last summer that Rittenhouse shot and killed two protesters and injured a third on the streets of Kenosha. Much of the action that night was captured on sometimes hard-to-decipher cellphone video, as well as by a drone.

The defense rested its case Thursday, but not before arguing with prosecutors about whether an enlarged image taken from a drone video could be admitted into evidence. Schroeder, following arguments held without the jury present, said he would allow the image, while admitting he didn't understand the technology used by a state crime lab employee to enlarge it.

"With all due respect to your honor, I think the defense is trying to take advantage of your lack of knowledge about technology," Kenosha County Assistant District Attorney James Kraus said.

Kraus argued that the way the images were enlarged was the "industry standard" and for the defense to "then try to pretend this is all voodoo magic is preposterous." He said the defense attempt to get the evidence tossed out because it shows "their client is lying ... they are stooping to this level to try to keep it out."

Prosecutors wanted to use the image to rebut Rittenhouse's testimony that he didn't point his gun at protesters just before he was chased by Joseph Rosenbaum, whom Rittenhouse shot and killed. Rittenhouse argues he shot him in self-defense.

Wisconsin crime lab employee James Armstrong testified, under questioning from defense attorney Corey Chirafisi, that the software program adds pixels to the image and he cannot say with certainty what color the added pixels are.

"If it is not the same as the original and colors were added to that, that is a distortion of what, in fact, the original photograph was," Chirafisi said in arguing to keep out the image.

Kraus called that a "canard" and a "dishonest argument."

"This is just not the age we're in," Kraus argued. "We are in an age where software is able to enlarge and do things."

Schroeder used a magnifying glass to examine the image in question and also walked right up to a large screen to get a better look. He ultimately allowed the image to be admitted, but Rittenhouse's defense attorney was also permitted to question the crime lab analyst about the software used to enlarge it with the jury present.

The judge said he was leaving it up to the jury to decide how much weight to give the image.

"The fact that I can blow something up on my phone and it's accurate on my phone doesn't mean that the particular program used by the crime lab is doing an accurate job of increasing the size of the image," he told attorneys.

That disagreement came the day after Schroeder told prosecutors they would have to introduce an expert to prove that images taken from a drone were not distorted if they used the pinch-to-zoom function on an iPad to make them easier to see. Prosecutors opted to show the jury the footage as it was originally taken, with no zoom.

That led almost immediately to a moment in which lead prosecutor Thomas Binger stopped the action at one point and asked Rittenhouse to confirm that his gun was raised. Rittenhouse responded: "I can't see it."

A spokeswoman for Apple did not immediately return a message seeking comment about whether pinch-to-zoom alters an image.

Acquitted and in demand, Kyle Rittenhouse ponders what's next

Some marketing experts say Kyle Rittenhouse, who met with Donald Trump at Mar-a-Lago this week, may be able to leverage his story into lucrative paid appearances and even a book.

Livestreamers have become ubiquitous at protests, seeking to provide an unedited view into movements that often reflect an angry and divided America.

Explainer: Did Kyle Rittenhouse's lawyers do enough to prevail?

With closing arguments set for Monday, here's a look at the defense case presented by Kyle Rittenhouse's attorneys. 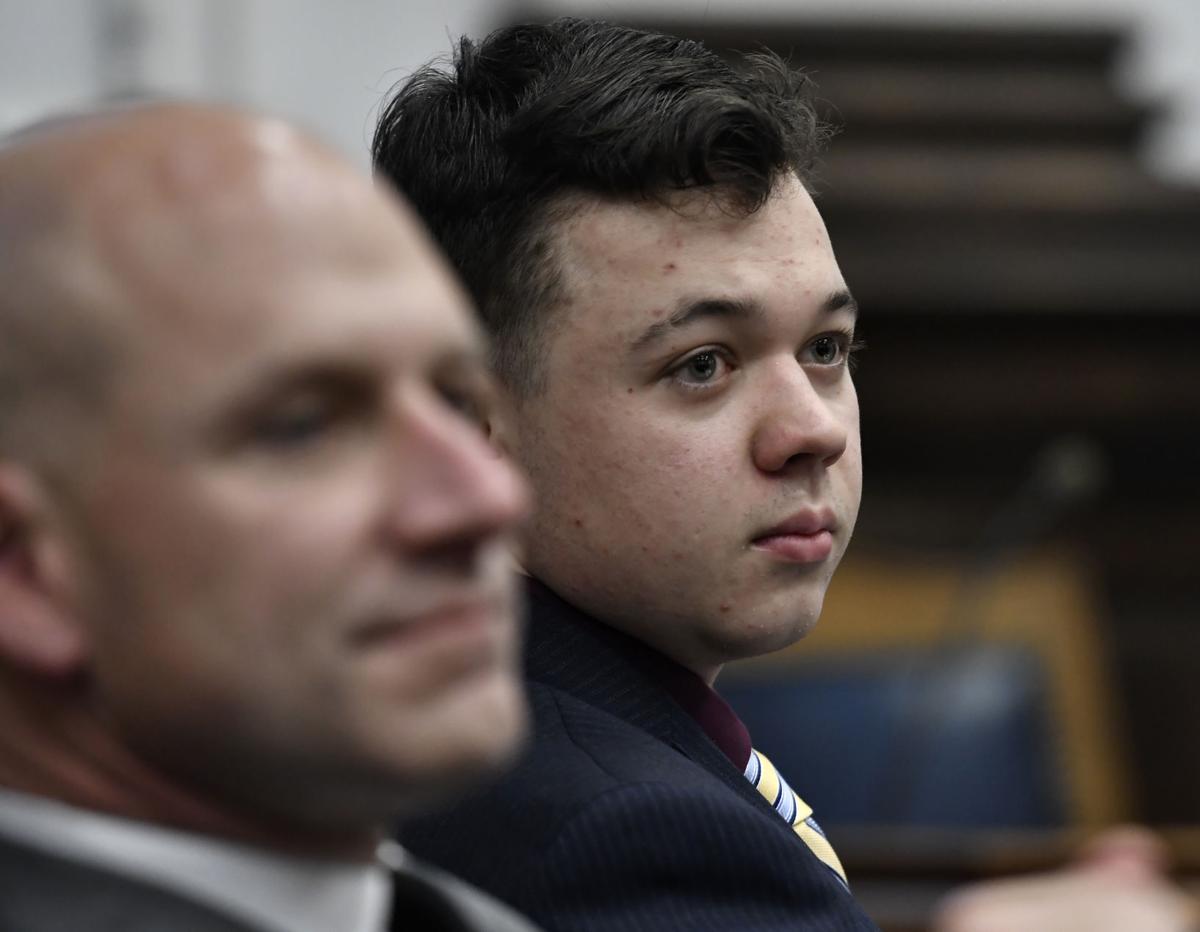 Kyle Rittenhouse, right, and his attorney Corey Chirafisi listen during the trial at the Kenosha County Courthouse in Kenosha, Wis., on Thursday, Nov. 11, 2021. 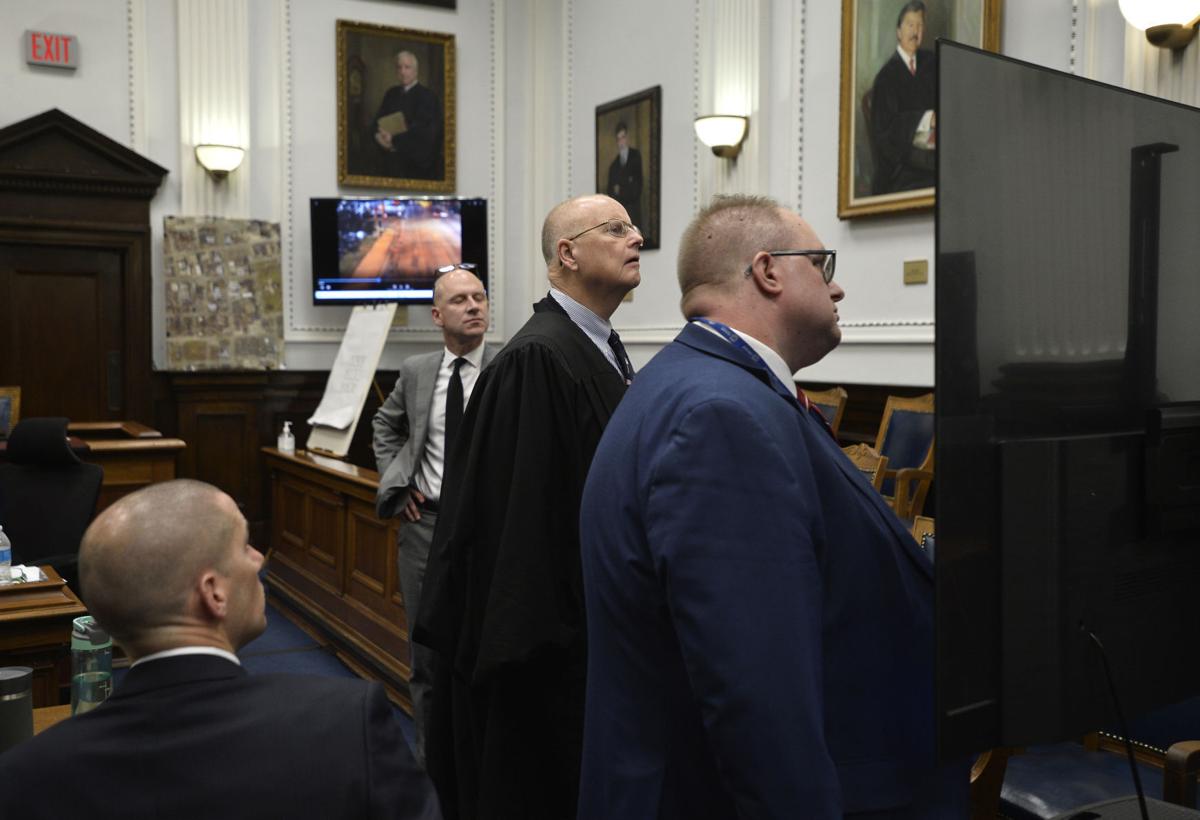 Judge Bruce Schroeder, center, watches a video that has been enlarged along with Assistant District Attorney James Kraus, right, and Corey Chirafisi, an attorney for Kyle Rittenhouse, during Rittenhouse’s trial Thursday at the Kenosha County Courthouse. 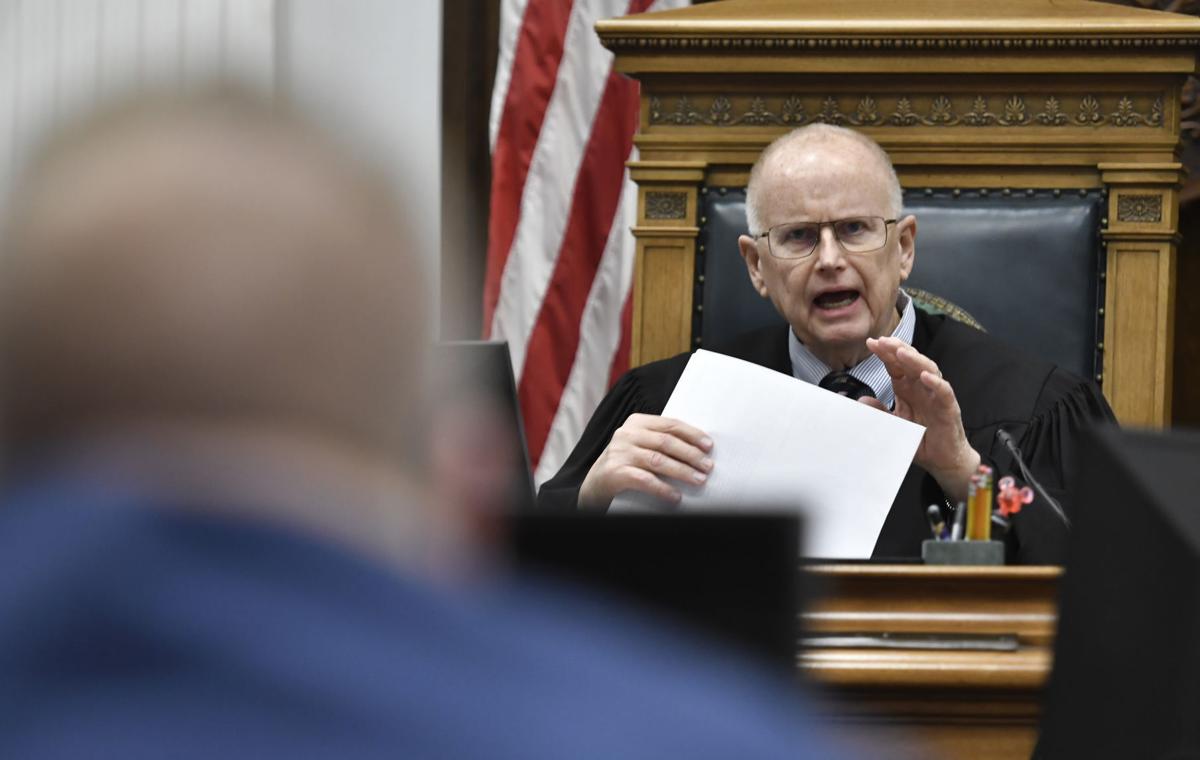