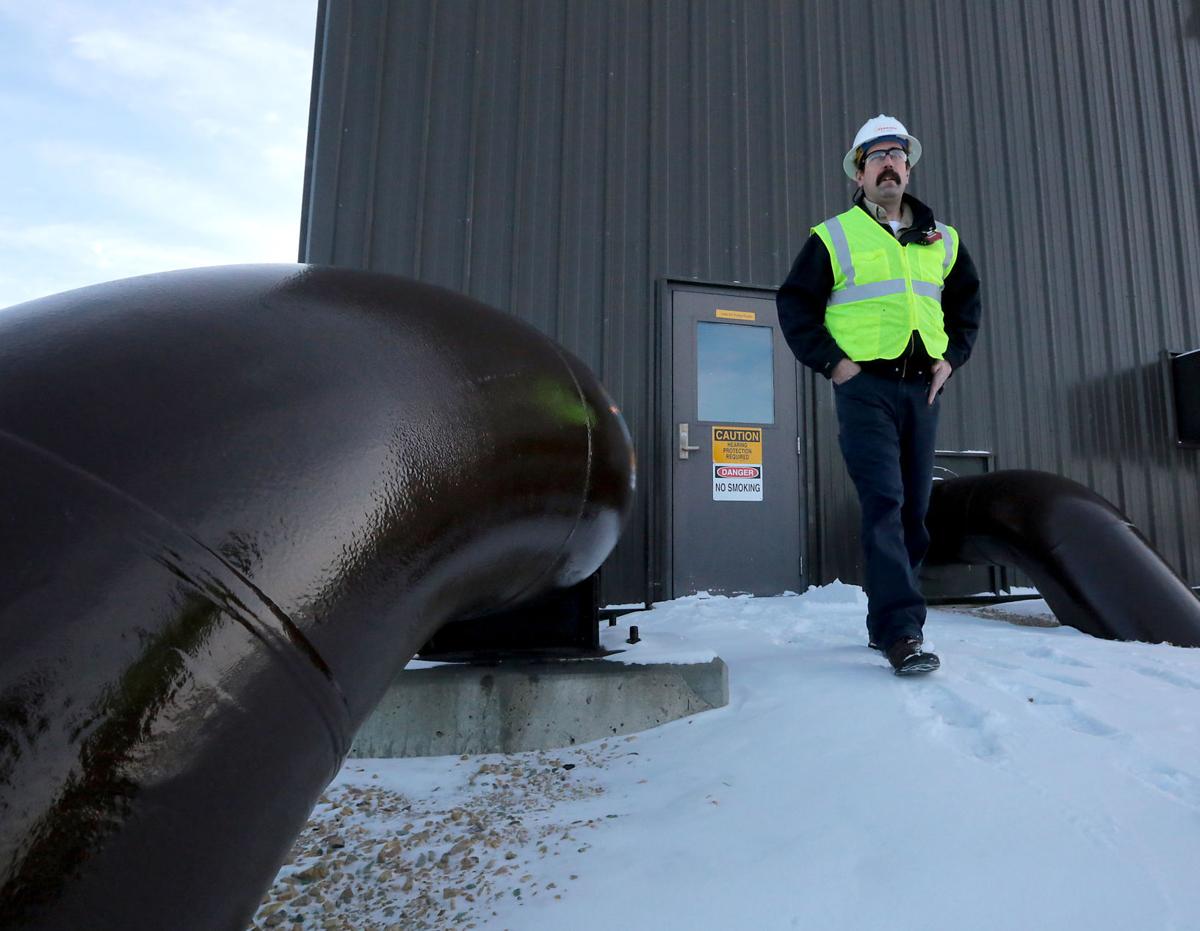 Enbridge Energy is appealing a zoning board decision requiring spill cleanup insurance for a new crudge oil pump station it plans to build next to its existing one in the town of Medina. Above, electrical technician Scott Welter walks between pipelines outside the existing station. Enbridge is tripling the capacity of its Line 61, which carries tar sands crude through Wisconsin. 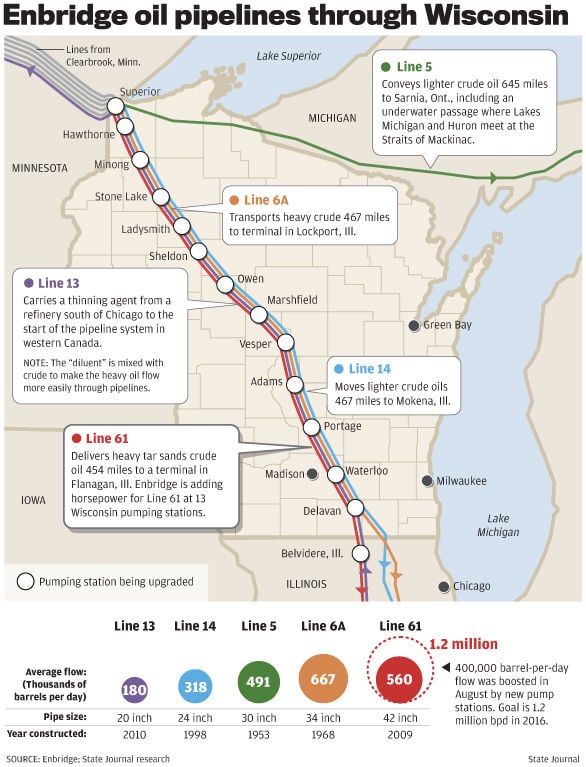 Enbridge Energy pipeline company is asking the Dane County Board to overturn a zoning board decision requiring the company to buy insurance guaranteeing a cleanup in the event of a spill of tar sands crude from a town of Medina pumping station.

The zoning panel last month included an insurance requirement when it approved a permit for increased pumping capacity, part of Enbridge’s program to triple the flow of heavy crude through Wisconsin.

“While Enbridge appreciates the decision, a careful analysis of the CUP (conditional use permit) shows some of the conditions may not be necessary and others could be unsustainable,” Jennifer Smith, a company spokeswoman said in a statement late Monday.

“Enbridge’s current insurance coverage and our existing insurance policies, as well as Enbridge’s overall financial position, are more than sufficient to address the unlikely event of any release on the pipeline system in Dane County,” Smith said.

Federal law governs pipeline safety, and if the company must comply with a patchwork of local regulations, pipeline reliability could be compromised and petroleum prices could be affected, Enbridge said in its appeal.

Enbridge said it has spent $4.4 billion on pipeline reliability and spill response measures since 2012, when it was in the midst of a four-year effort to clean up the largest inland spill in U.S. history, its 2010 release of 20,000 barrels in southwestern lower Michigan.

That spill was part of the reason committee members voted unanimously on April 14 to set $25 million in pollution insurance as a condition on the pump station permit.

Pipeline expansion opponents said that if Enbridge operations are as safe as the company claims, insurance should cost the company very little because insurers base premiums on risk factors.

Tar sands crude is much more costly to clean up than conventional crude because it sinks in water, said Mary Beth Elliot of the Madison chapter of 350.org. As late as 2013 the U.S. Environmental Protection Agency was prodding Enbridge to dredge oil from the bottomof the Kalamazoo River.

A consultant hired by the county reported that a pollution insurance policy would help avert cleanup delays in the event that an insurer claims a general liability policy doesn’t cover a spill. Enbridge is currently in court with an insurer who has refused to pay for part of the $1.2 billion cleanup cost in Michigan.

Enbridge paid part of that cost with reserves. But a report by consultant David J. Dybdahl Jr., an expert on environmental insurance, warned that Enbridge probably won’t al-ways be as cash rich as it was in 2010.

There are federal and state cleanup funds, but they aren’t guaranteed to be in place forever, Dybdahl said. Enbridge is adding pumping horsepower at 13 locations along its Line 61 route, including the station in the northeastern corner of Dane County.

The pipeline, which carries Canadian tar sands crude across Wisconsin on its way to refineries, has averaged a 400,000-barrel-per-day flow since it began operating in 2009. The planned upgrades would triple the flow rate. Other local governments have already approved permits for pumping stations farther up the line. Enbridge said without the Dane County station, it could pump only 890,000 barrels, costing it substantial revenue.

Dybdahl told committee members that spills do not clearly fall under the definition of property damage in general liability insurance policies.

Dybdahl said he recommended $25 million in pollution insurance because it exceeds the cost of cleanup for most on-land spills on record. He said the cost to Enbridge of the policies would be minimal.

County officials said the company's appeal has been removed from Thursday's County Board agenda and they denounced state action.

Republicans wiped out local government's ability to require spill clean up insurance, but there are other ways, advocates say.

A Canadian oil pipeline company that is building a tar sands oil pumping station in northeastern Dane County sued the county on Monday over the continued inclusion of permit language requiring it to buy spill insurance, despite a new state law forbidding that requirement.

Enbridge says its existing policy and state-federal guarantees should be enough despite lingering worries about massive 2010 spill.

Enbridge Energy is appealing a zoning board decision requiring spill cleanup insurance for a new crudge oil pump station it plans to build next to its existing one in the town of Medina. Above, electrical technician Scott Welter walks between pipelines outside the existing station. Enbridge is tripling the capacity of its Line 61, which carries tar sands crude through Wisconsin.