RACINE — A former corrections officer with the Racine County Sheriff’s Office will do time in the County Jail for skimming money from the fees she was supposed to collect.

Barbara Teeling, 40, was sentenced on Tuesday to eight months in the County Jail for two counts of theft in a business setting and attempted misconduct while in office, all misdemeanors.

The charges were originally felonies but were reduced to misdemeanors in a negotiated settlement with the Racine County District Attorney's Office.

However, Judge Robert Repischak told Teeling she could not pay back what she had taken — that is, the public trust.

“This country and society is going to hell in a handbasket,” Repischak said. “And you know why? Because people do not trust government institutions, and we have whole swaths of the community that don’t trust law enforcement.”

He continued and said people who were “ripping off the taxpayers” made things worse — especially for those still employed in law enforcement.

“Honestly, ma’am, if you had pled to a felony I would have sent you to prison,” Repischak told her.

Teeling is to report to the Racine County Jail on Nov. 4 to begin her sentence; however, she will be allowed to leave the detention center to work as allowed under the Huber Law.

On Jan. 13, investigators were dispatched to the Law Enforcement Center for a reported case of embezzlement from the Day Reporting Center at the Racine County Jail, which Teeling managed for four years prior to her arrest.

The program monitors inmates who are on release but wearing an electronic monitoring device.

Inmates on release are required to report to the 24-hour window on a daily basis where they are tested for drugs and alcohol and must pay a weekly fee of $105.

According to the criminal complaint, Teeling collected the $105 as part of her duties.

An investigation revealed that on multiple occasions Teeling collected and kept the $105, rather than putting it in the safe, per protocol.

Supervisors became suspicious when a program participant came to the 24-hour window and questioned why he had a balance when he had paid — as evidenced by the receipt he provided, signed by Teeling.

However, the Finance Department had no record of having received the payment.

On Tuesday, Teeling was emotional in court. Given the opportunity to speak on her own behalf, she could only say, “I am sorry.”

She was represented in court by attorney Laura Ann Walker, who told the court her client had pressures in her life and, as a result, she made bad decisions.

According to the criminal complaint, Teeling told investigators money troubles led to her skim money from the fees she was supposed to collect.

Walker asked the court for fines and probation, as opposed to incarceration, noting the defendant paid back the money she took.

“She has made the victim whole,” Walker said.

Repischak disagreed the victim was made whole, saying: “Not even close.”

“While you have paid back the money you stole from the taxpayers, you have not made the victim whole,” he said.

He asked what the community was supposed to think of the Sheriff’s Office, law enforcement and the administration of the jail when they see someone “ripping people off to the tune of $11,000?”

The judge declined the defense’s request for mercy.

A leaked list of "Dangerous Individuals and Organizations" banned by Facebook includes three that mention Kenosha by name and five that include Wisconsin in their names.

"Everything I have suffered is for nothing because the city of Seattle believes that the defendant is the victim," the alleged victim said, calling the deal "utterly thoughtless."

The Dane County Sheriff's Office has recommended charges that include homicide by intoxicated driving against a Madison man who rear ended the teens' vehicle in the town of Middleton earlier this month.

The project, announced Wednesday at an event in Sauk City, would create a “recreational, scenic gateway” that would allow users to pedal from the Madison area to Devil’s Lake State Park and beyond.

The bill is intended to address ambiguity in state statutes over who is considered a public utility, which has allowed utilities to refuse to connect leased systems to the grid.

Over 10,000 Deere workers brace for strike

Deere and Co. workers are expected to walk out if no deal is reached Wednesday. 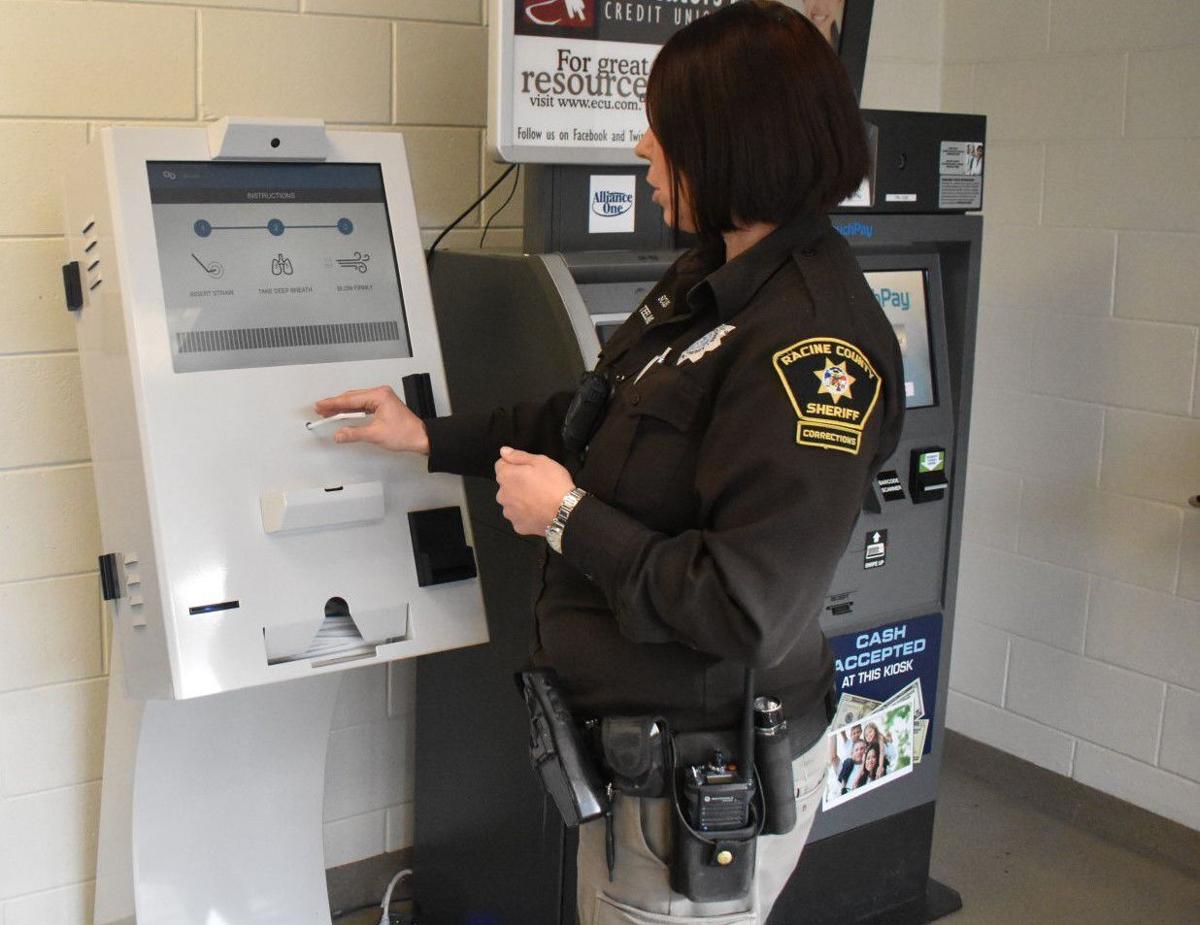 Barbara Teeling demonstrates an automated alcohol-screening kiosk that the Sheriff’s Office implemented in 2017; it ensures that offenders who are ordered not to drink alcohol are compliant. Teeling was sentenced on Tuesday to eight months in the County Jail for two counts of theft in a business setting and attempted misconduct while in office, all misdemeanors; she was found guilty of skimming money from fees she was supposed to collect. 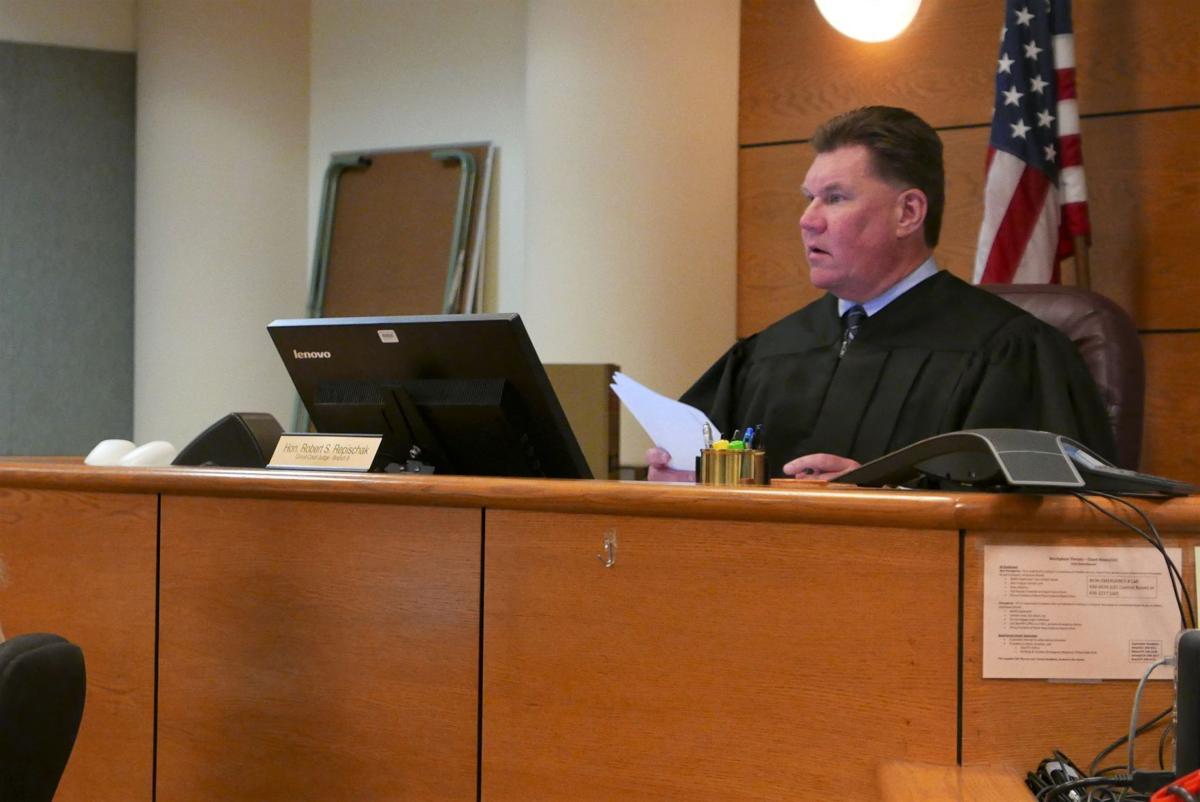