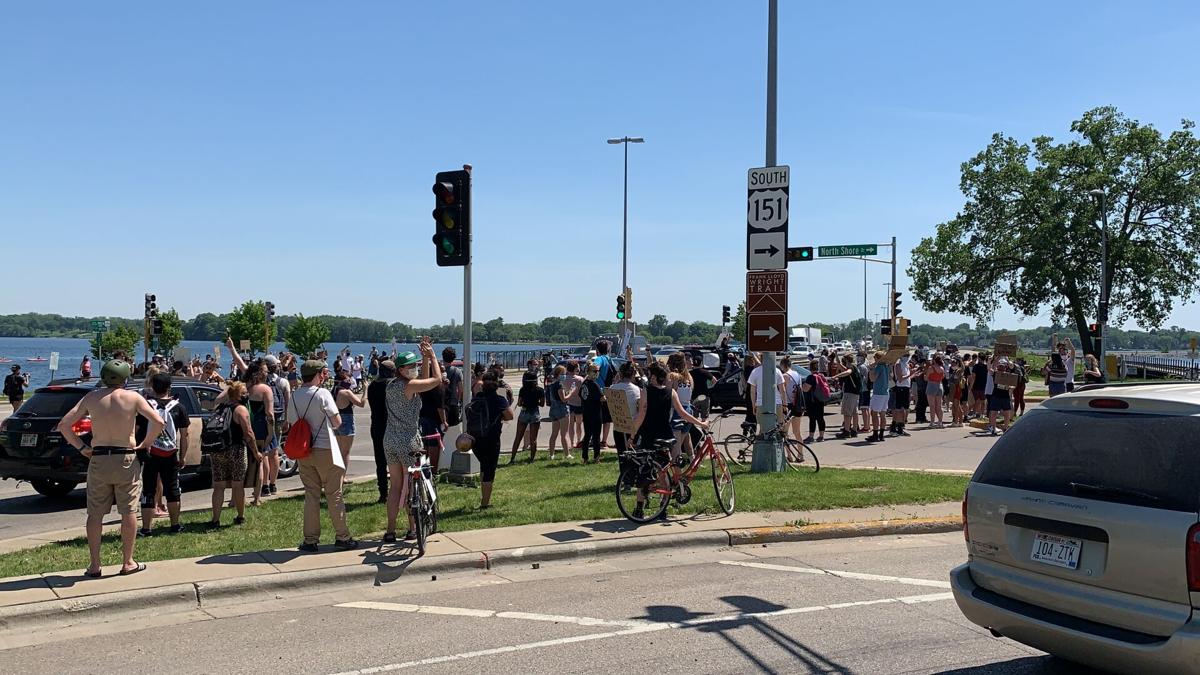 Protesters again blocked John Nolen Drive on Tuesday, this time at North Shore Drive, but only for a short time before letting a protest caravan through, along with other traffic. 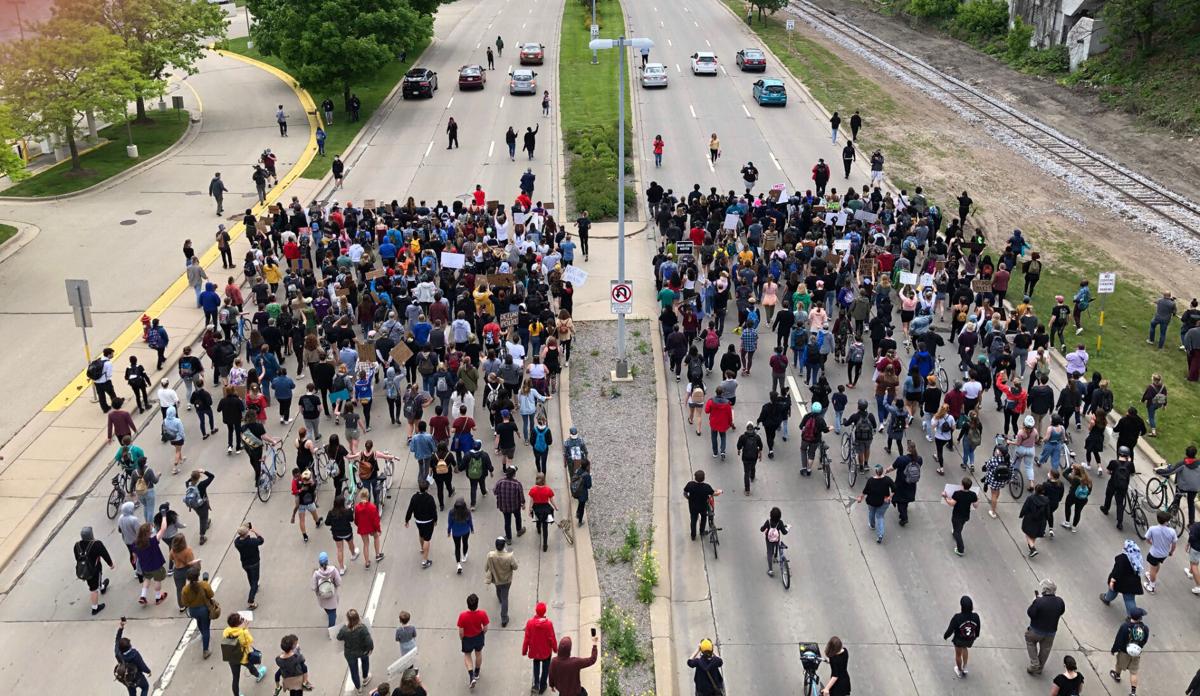 People protesting the death of George Floyd shut down all six lanes of John Nolen Drive in Madison Monday. On Tuesday, they shut down the Beltline.

Activists on Tuesday again shut down a major thoroughfare in Madison to call attention to what they allege is an epidemic of violence by police against black people, this time shutting down the Beltline in both directions between Stoughton Road and John Nolen Drive.

Local social-justice group Freedom Inc. and its supporters met at the Dane County Jail Downtown just after 1 p.m. and then made their way to the Beltline, where traffic was blocked beginning around 2 p.m.

Madison police spokesman Joel DeSpain said police don't have any idea how long it will last.

"What they're planning on doing, they don't tell us," he said.

The group did not obtain a permit to march on the Beltline, which is a state highway, and DeSpain said that for the moment, police are monitoring the situation rather than trying to break up the protest.

On Monday, marchers with Freedom Inc., Urban Triage and the Party for Socialism Liberation, shut down John Nolen through the evening rush hour.

The caravan and march from the Dane County Jail, held to honor those who died at the hands of police, again ended up on John Nolen Drive on Tuesday afternoon, blocking it entirely for a short time while the group shouted slogans, before letting traffic through again, starting with the caravan of vehicles.

While many of the vehicles carried the Black Lives Matter message, others carried messages asking to defund police departments, and some memorialized George Floyd, Breonna Taylor, Tony McDade, and Tony Robinson.

With temperatures in the upper 80s, several people handed out water to marchers, and two men handed out oranges. Police stayed back but blocked some streets to give the caravan and marchers a clear berth.

Face masks will be required indoors except at home in Dane County starting Monday as a response to a recent increase in COVID-19 cases especially among young adults and those who have attended large gatherings.

Despite a recent uptick in positive COVID-19 cases in Wisconsin, it remains unlikely that any sort of statewide public health order is in the cards for state health officials and Gov. Tony Evers.

The Crawford County Sheriff Department has located the Prairie du Chien man who fled Friday morning after the death of a toddler.

Acting Madison police chief Vic Wahl said the investigation "remains an open case and we are actively investigating with the assistance of the FBI.”

State employees will be required to wear face coverings “at all times” inside state buildings — including the Capitol — “regardless of the number of additional people present or physical space between individuals.”

“Congressman Grothman’s cough was due to a dry throat and a need for a drink of water,” Grothman’s campaign manager Alec Hanna said in an email. “It has not persisted and he is exhibiting no other symptoms associated with COVID-19. He previously took a COVID-19 test, with a negative result.”

Wisconsin's 964 new positive cases on Tuesday marks the most logged in a single day since the pandemic began. Six new deaths were recorded Tuesday, bringing the total to 826.

"Bruno" the black bear may have set a record with his trek from Wisconsin to Missouri, biologists say.

Several instructors are fighting for reinstatement, bolstered by a national group's letter outlining problems with the process through which they were terminated.

More severe weather on the way for Midwest

More severe weather on the way for Midwest

Protesters again blocked John Nolen Drive on Tuesday, this time at North Shore Drive, but only for a short time before letting a protest caravan through, along with other traffic.

People protesting the death of George Floyd shut down all six lanes of John Nolen Drive in Madison Monday. On Tuesday, they shut down the Beltline.