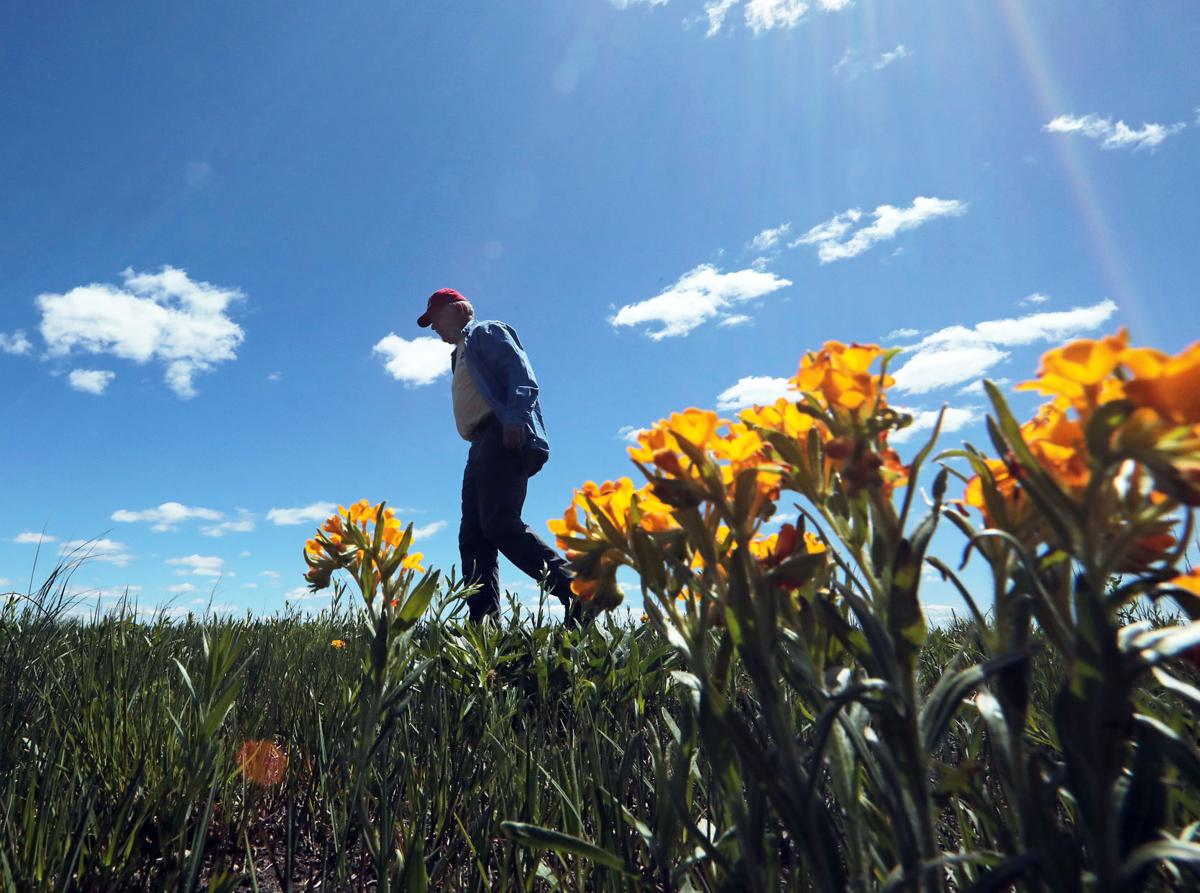 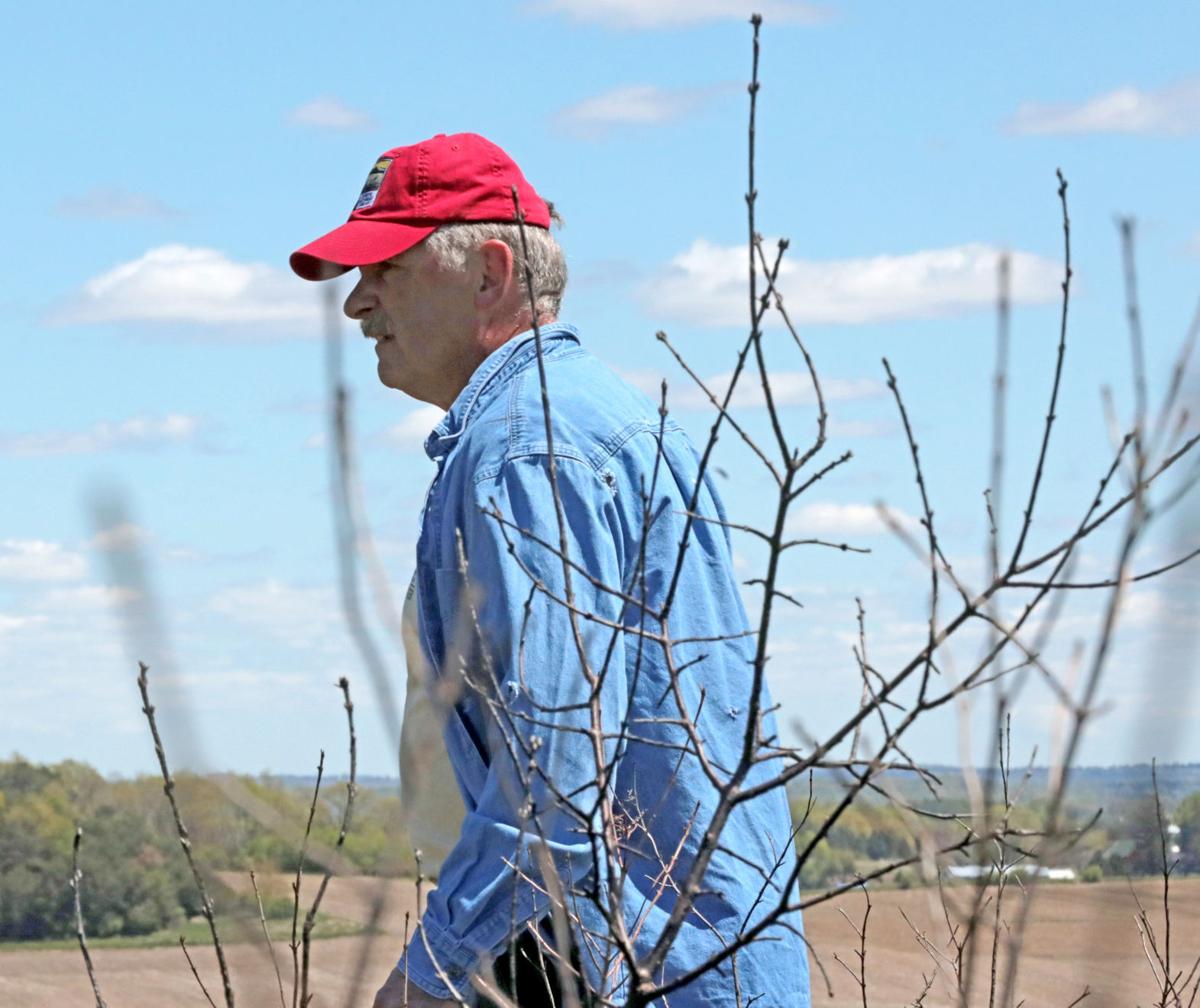 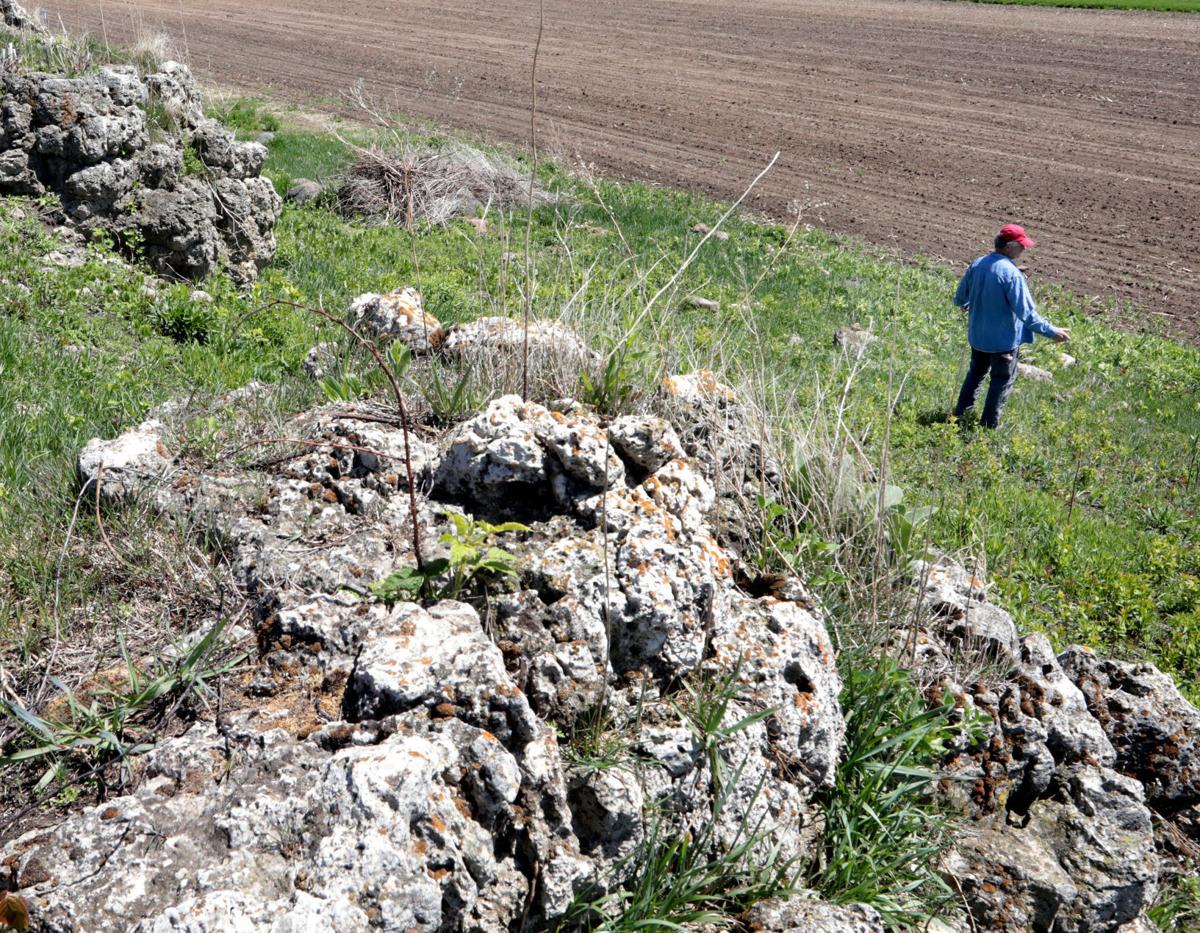 With steep slopes and shallow bedrock, the Ashton Unit has never been farmed. A relic of a vast prairie that once covered Dane and Columbia counties, it now sits in the middle of farm fields.

ASHTON CORNERS — Chances are you’ve seen it, though you’ve probably never been there.

Situated in the middle of a farm field just off Highway 12 north of Middleton, the Ashton Unit of the Empire Prairies is a 12-acre state natural area with no public access.

But a couple of times each week, John Kessler drives his Ford F-350 up a dirt road to tend the hilltop, a remnant of a vast prairie that once spanned much of Dane and Columbia counties.

“It’s original soil that’s never been tilled before. Because of that it has a rich assemblage of native plants and several rare plants,” said Jared Urban, state natural area coordinator for the Department of Natural Resources. “It’s kind of like old-growth forest, except old-growth grassland.”

Kessler, 70, has served as a volunteer caretaker for the site since 2018. He’s cut buckthorn and honeysuckle to expose the dolomite outcropping on this drumlin left by glaciers some 10,000 years ago. He’s battled weeds and collected seeds to help re-establish some of the more than 100 native grasses and flowers present at the site.

“It’s pretty soul-satisfying to know that stuff has been there just about forever and it keeps going,” he said. “The tenacity of the plants is just amazing.”

With thousands of acres and limited staff, the Department of Natural Resources relies on hundreds of volunteers to help tend State Natural Areas such as the Ashton Unit of the Empire Prairie. Volunteers contributed nearly 5,800 hours in 2020 in spite of COVID-19 restrictions.

No prior experience is required, and the DNR provides training and equipment on site. For information on how to sign up, visit go.madison.com/dnr-volunteer or call volunteer coordinator Jared Urban at 608-228-4349.

For information on the Wisconsin Master Naturalist program, go to wimasternaturalist.org.

This month, the former mail carrier and sheriff’s deputy was named state natural area volunteer of the year for his efforts, improving the site and extending the reach of the DNR’s state natural area crews, who are responsible for maintaining sites across six to eight county regions.

“John has made a big impact at Ashton in 2020 as a do-it-all volunteer, finding different projects to work on no matter what the season,” Urban said. “He is always looking to learn and figure out how to improve the site.”

What is the Ashton Unit?

It’s a remnant prairie, which means it hasn’t been farmed. It’s a little drumlin in the middle of ag fields. (Because it) hasn’t been tilled or plowed or anything, the native species are still there. They’ve been there for hundreds of years. And probably even longer than that. It’s kind of close to a very urban area. And most people don’t know that.

Every time I’d drive out (Highway) K, I’d look at those rock faces and say it’s amazing: The glacier decided to dump it right there. I knew it was there, but I didn’t know what it was. It’s gone by several names: Ziegler, Koch, now it’s been incorporated into the Empire area.

What types of plants are there?

Starting in the spring, the pasqueflower and prairie smoke, the hoary puccoon is just starting to bloom. Then the violets will start coming, and the phlox. The Seneca snakeroot. Then there’s the rattlesnake master, spiderwort. The various sunflowers, rosinweed, lead plant. Then grasses: I mean, there’s little bluestem and side oats grama, prairie dropseed. There’s just hundreds of varieties out there.

It’s amazing, the diversity out there. There’s still all kinds of plants that I don’t know. It’s continually a learning experience for me.

What sort of work have you done there?

There was a lot of brush on the prairie and especially on the north side, it was fairly thick and stuff. The brush was out-competing all the natural plants. I started with just the chainsaw and cut it all and stacked it and burned it. And, of course, after you cut brush the next spring you immediately get a flush of weeds and stuff in there. So then that becomes the next step — pulling and cutting the weeds, and I’m trying to use as little herbicide out there as I can.

For the most part, it’s pretty enjoyable for me.

It’s just nice to get outside, especially on nice sunny days. In the spring now the spiderwort will be coming up and it’s just pretty awesome to go out there in the morning, a sunny morning, and see it all blooming on the side of the drumlin. It’s a reward just for going out there and seeing that. I feel pretty fortunate to be able to do that.

How did you become a state natural area volunteer?

My late wife (JoAnn Kessler) was an avid gardener, and she spent hours, and I mean hours — there were many days I thought she was avoiding me. For her that was a release from work. It was pretty spectacular.

After she died (in 2016), she left a letter encouraging me to go and try new things. I was kind of moping around for a while. I’d always enjoyed nature. I saw a thing for the Master Naturalist program through UW Extension.

I took the naturalist course and finished it in June 2017. And then I started looking for volunteer opportunities. I went out collecting seeds with Jared (Urban) and asked him about volunteering there. And he sent me some paperwork. I filled it out, and he said tag, you’re it.

How does it feel to be named volunteer of the year?

EDITOR'S NOTE: This story has been updated to correct the spelling of phlox.

Know Your Madisonian 2021: a collection of profiles from our weekly series

“It's pretty soul-satisfying to know that stuff has been there just about forever and it keeps going. The tenacity of the plants is just amazing.”

The tallest cliff in the Solar System is one steep drop

The tallest cliff in the Solar System is one steep drop

WH turns focus to getting under 30 vaccinated

WH turns focus to getting under 30 vaccinated

Psaki: The fight for voting rights 'is not over'

Psaki: The fight for voting rights 'is not over'

A Ford F350 was heading west on County Road MM around 12:40 p.m. when the driver failed to stop at the intersection with State Hwy. 67 and was struck by the southbound truck.

Ann Hraychuck was elected to the Legislature in 2006 and served two terms representing the 28th Assembly District. She was the first woman to represent the district.

The woman reportedly described her ex-boyfriend as someone who tried to start fights and said that “he is often armed with a firearm because he doesn’t fight fair.”

Burlington High School Teacher Jeff Taff “has clearly shown he needs to improve his overall judgment and professionalism as a teacher,” investigator Saveon Grenell wrote in a report to the district.

RACINE — Two youths who were pulled from Lake Michigan Saturday have died.

Nearly a month after being asked to resign by the Diocese of La Crosse, a controversial priest has received nearly $700,000 from supporters to mount a legal defense.

The Wisconsin Department of Health Services is now tracking the Delta variant as a "variant of concern" in the state because of its increased transmissibility and potential to be more resistant to vaccines than COVID-19.

“Based on this bill, we can’t bring or introduce any of these concepts into what we teach. That’s really scary."

MILWAUKEE — U.S. Republican Sen. Ron Johnson from Wisconsin joined in a Juneteenth Day celebration in his home state only to see his speech dr…

With steep slopes and shallow bedrock, the Ashton Unit has never been farmed. A relic of a vast prairie that once covered Dane and Columbia counties, it now sits in the middle of farm fields.