But most of those that failed were in rural and smaller communities, leading some to worry that the gap between richer and poorer school districts may widen.

Including the spring elections, 133 school referendums passed this year, just behind 2018 when 140 were passed, according to the Wisconsin Policy Forum.

Just over 80% of the referendums on the ballot this year passed, continuing a trend of popular support for the local initiatives. In 2020, nearly 86% of referendums were approved, and in 2018 that number was nearly 90%.

In dollar terms, voters approved up to $506.1 million in new taxes to help fund school operations, the second-highest amount in the last 22 years, and they gave districts the authority to issue up to $2.1 billion in debt, the highest since 2000.

“I see it as a very positive sign that the public is still willing to support public schools,” said Dan Rossmiller, director of government relations for the Wisconsin Association of School Boards. “I see the glass as half-full, or even more than that.”

More and more school districts have been relying on referendums to fund operations over the last decade, as state-imposed limits on schools have not kept up with inflation.

In the latest state budget, the Republican-controlled Legislature chose not to increase the revenue limits and essentially gave schools no new money to spend. Instead, districts were left to use one-time federal COVID relief funds to balance their budgets. As those funds run out, and inflation reaches new highs, the financial picture for schools grows more distressing.

In response, more and more school districts are relying on referendums to fund operations, leaving it to property taxpayers to pick up the slack.

But what happens when districts can’t pass referendums?

Of the 17 questions that failed last week, most were in rural and smaller communities. Every referendum held in a suburban school district passed, and the only urban referendum to fail was in La Crosse, where its $195 million referendum was met with steep opposition.

Many of these rural communities are facing declining enrollment and population, Rossmiller said, leaving them with a smaller tax base and less funding from the state that is tied to enrollment. Wealthier communities tend to pass referendums more easily because they have a community that can afford it.

“I think we’ve always had a problem in the state, under revenue limits and the referendum system, in that the rich tend to get richer and the poor tend to get poorer,” he said.

The most expensive operational referendum approved last week was a $65.5 million question in the Middleton-Cross Plains School District. The relatively well-to-do community has regularly held referendums. Since 2000, voters there have passed 11 of 18 referendums, five of those in the last decade, and approved up to $315.7 million in new funding.

Most recently, voters approved a set of referendums in 2018, which helped fund a massive renovation of Middleton High School that was completed this fall.

“Our community has a long history of supporting (Middleton-Cross Plains School District) schools and the support is much appreciated,” Superintendent Dana Monogue said.

“Passing this referendum means our district will continue to provide ongoing educational and extracurricular programming, keep class sizes lower or near the average in Dane County, address competitive compensation to attract and retain highly qualified staff to our district and address operational needs across all departments and schools,” she said.

The Waunakee School District, which is a similarly prosperous community with increasing enrollment, passed two referendums, including the largest construction referendum for $175 million, on top of a $10 million operational referendum.

All 10 referendums passed in Dane County, an area that has accounted for a third of the state’s net population growth since 2020.

Meanwhile, the Adams-Friendship School District is going back to the drawing board.

“It’s very disappointing, obviously. The ‘no’ vote from the public in November doesn’t mean that our financial issues go away,” said Superintendent Tom Wermuth.

The rural district that enrolls about 1,376 students, about 66% of whom are economically disadvantaged, asked voters to approve a $12.6 million referendum to help fund operations.

Voters turned it down by 228 votes. Now, the district is looking at two paths for the future: Holding another referendum in the spring, or making cuts to staff and programming.

A big issue the district faces is its demographics. Located in north-central Wisconsin, Adams-Friendship’s only demographic that is currently growing is residents ages 55 and up, Wermuth said.

Since 2007, the district has held eight referendums and passed five of them, totaling to $10.3 million in potential new funding.

Fort Atkinson was among a few school districts that saw split results on Tuesday.

Voters approved a $22 million construction referendum for maintenance and renovations but turned down two operational referendums totaling $16 million — leaving the district with many of the same problems it had before the votes were cast.

“After the results were announced, several residents asked: ‘Now what?’ The simple answer is that the needs of our schools will not go away,” Kory Knickrehm, president of the Fort Atkinson School Board, said in a statement after the election.

The district relies on local funding for nearly half of its budget, so it plans to hold another referendum in April.

“In the School District of Fort Atkinson, when an operational or capital referendum is put before the voters, it is not ‘nice to have,’ it is ‘need to have’ funding in order to do what is best for our students,” Superintendent Rob Abbott said.

Mount Horeb Superintendent Steve Salerno was worried going into Tuesday’s election that if the district’s $4.8 million operational referendum failed, it would fall behind its fellow Dane County schools. But it ultimately passed.

He added, “While weighty decisions remain, today we are far better positioned to continue our district’s tradition of excellence — a tradition that has been built by our loyal and loving community.”

Asked if he was worried that smaller school districts would get left behind if they’re not able to pass referendums, Wermuth said, “Oh, without a question.”

The school funding formula currently set by the state hurts schools with declining enrollment, he said.

“I don’t necessarily believe that, on a personal level, referendums are stable or sustained ways to fund schools,” Wermuth said.

In its study, the Wisconsin Policy Forum said that as more communities turn to referendums, but fewer low-income communities pass them, “That raises a crucial question: Will this trend toward more local referenda add to the disparities between wealthy communities and those of lesser means?”

And as for the solution?

“The Legislature needs to take a good hard look at the course it’s been on,” Rossmiller said. “I would argue that it has been strangling public education slowly for more than a decade.”

Elections 101: Video series explains how elections are carried out in Wisconsin

A deer hunter was unloading a firearm went it went off and shot the boy.

A utility worker was killed when he was struck by a passing vehicle in Sauk County on Tuesday morning, the Sauk County Sheriff’s Office reported.

At least some of the 11 surgeons who planned to resign at the end of the year to start an independent practice are already gone.

The state attorney general filed the lawsuit against Didion Milling. An explosion at the company's Cambria plant killed five workers in 2017.

Pleasant Prairie police indicated on Saturday that the children, a 4-year-old boy and a 9-month-old girl, had died from their injuries sustained in the crash Friday.

The Richland Center campus has an enrollment of 60 students this fall. Enrollment has plummeted since 2014, when there were 567 students enrolled.

Authorities have not said what caused the driver's death.

A deer hunter whose kayak capsized Saturday morning in an eastern Wisconsin wildlife area was rescued after spending about an hour in icy waters.

A Racine man accused of "victimizing" women for financial gain through online dating is now a "person of interest" in the death of a woman in South Milwaukee. 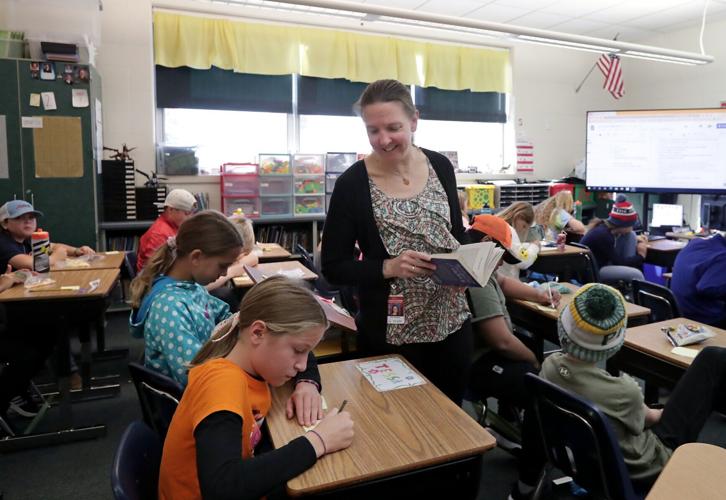 Molly Aschauer works on a reading lesson with her fifth-grade students in the classroom at Mount Horeb Intermediate Center. The district's $4.5 million operational referendum was approved on Nov. 8, which will partially help support staff pay. 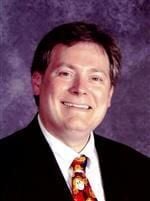 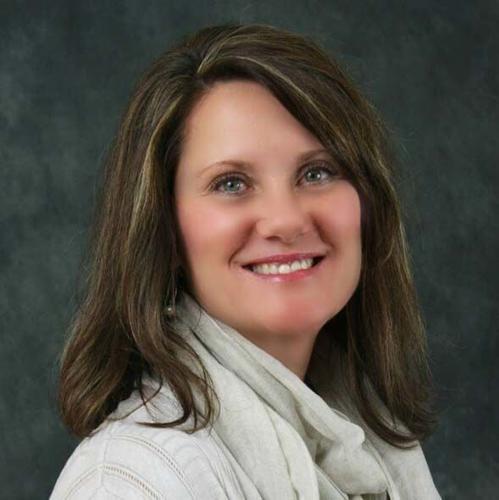 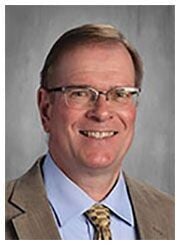