MOUNT PLEASANT — They were willing to move out until they were shut out.

Jack and Colleen Erickson own Erickson Trucks-n-Parts, located at 4707 SE Frontage Road, just north of Highway 11 (Durand Avenue). They’re among the few property owners remaining in the area after the Village of Mount Pleasant cleared it to develop a tax incremental district specifically created to facilitate Foxconn in 2017 — back when promises of a massive factory that would employ upwards of 12,000 people was at least still being publicly considered and promoted.

Like other property owners who were relocated to make space for Foxconn, despite owning a business versus a home, the Ericksons were willing to consider an appropriate offer to move their business.

The Ericksons said they met with village officials in 2018 to discuss what the offer would look like.

“They painted such a pretty picture for us — they were going to pay for moving stuff, find us something along the interstate. We came out of there with a good feeling it was all going to go the right direction and be fair,” Colleen said.

Fast forward to now: Jack was issued a ticket for trespassing on the property he owns. Cement barriers have been put up, blocking the Ericksons’ access to their own property. The village is claiming their property is in violation of several ordinances. The Ericksons said that the village has not found a parcel of land for relocation suitable to the current property. Mount Pleasant officials have also allegedly stopped responding to phone calls; they declined to comment on this story.

“In Catch-22 fashion, my client has been directed to clean up its property, but its owners and employees are not allowed on the premises,” an attorney representing the Ericksons wrote in a letter to a Mount Pleasant official.

Erickson Trucks-n-Parts makes up about 12 acres of land on Frontage Road, facing Interstate 94. The business sells truck parts and doubles as a salvage and scrap yard; it’s been around for over two decades, with additional locations in Minnesota and Texas. The Ericksons currently reside in Minnesota.

In March, the Ericksons received a ticket from Mount Pleasant. The ticket said Trucks-n-Parts was in violation of a public nuisance ordinance. Specifically, Village Ordinance 62.7, section A, subsection No. 13: blighted buildings and premises.

The village is claiming Trucks-n-Parts’ property is “blighted because of faulty design or construction, failure to maintain them in a proper state of repair, improper management or due to the accumulation thereon of junk or other unsightly debris, structurally unsound fences and other items which depreciate property values and jeopardize or are detrimental to the health, safety, morals or welfare of the people of the Village,” according to the ordinance.

After receiving the ticket, the Ericksons met with village officials — including Alan Marcuvitz, an attorney who often works for Mount Pleasant — to discuss what could be done to improve the state of the land. The Ericksons said they were asked to “come up with a time estimate needed to complete removal and cleanup.”

Sometime in March, cement barriers were placed in front of the Truck-n-Parts’ access point on Frontage Road — blocking the only way the Ericksons could get in and out. The only way they could continue to improve their property to not be in violation of the public nuisance ordinance.

In April, Jack made several attempts to connect with the village to come up with that time estimate and what all needed to be done; those attempts resulted in no calls back. So, Jack headed to Trucks-n-Parts to assess on his own. Shortly after parking, Jack said a police officer arrived and issued him a ticket for trespassing.

Jack said that the police officer knew he was the owner of the business, and was ticketing him anyway.

According to a police report obtained by the Journal Times, on April 15, a Mount Pleasant police officer was directed by a sergeant to “go to the old Erickson Trucking Company,” the officer wrote. “I was told that information was received that somebody might be trespassing on the property. I was told that if anybody was located on the property, a citation should be issued for trespassing.

“I made a call to Sgt. (Eric) Giese, notifying him that the person out here was the old property owner. However, I was still instructed to issue a citation for trespassing.”

The Ericksons said they paid that ticket.

By this point, before even being issued any ticket, the Ericksons were cleaning up their property.

“They told us, we had to get anything we wanted out. We had 100 semi-trailers in there. We either needed to cut them up for iron, try to sell them, or try to haul them out in Minnesota, 450 miles away,” Jack said. “We sold what we could, hauled some back. We cut 2.3 million pounds of scrap iron.”

“It was very hard,” Colleen added. “We always told (the village) that it would take a minimum of two years to move out of there, and that was without COVID being involved.”

On June 22, the Village Community Development Authority held a hearing for “recommendations and public comment on whether the property located at 4207 and 4707 East South Frontage Road ... owned by Erickson Truck Sales & Salvage, Inc., is a blighted property” under Wisconsin Statute No. 66.1333, the Blight Elimination and Slum Clearance Act.

The Ericksons and their attorney, Dan Bach, were present at the hearing to contest the claim the Trucks-n-Parts property is blighted.

In a letter dated June 21, Bach wrote to Sam Schultz, the village’s community development director. In it, Bach wrote: “Given that the property is currently inaccessible, it does not impose any threat to public safety nor does it obstruct passage on any street, alley or other public way. It is not offensive to public morals and its condition is not life threatening.”

The letter also acknowledged the village gave the Ericksons two time period extensions to clean up their lot, but “unfortunately, that extended time period occurred during the pandemic.”

“Scrap lots were closed,” Colleen said of the delays.

“My client has attempted to ‘clean up’ the property to the satisfaction of the Village over the course of a challenging year,” Bach said in the letter.

Bach also affirmed the cement barriers blocking entrance to the Trucks-n-Parts property means it’s landlocked: There’s no direct, legal way to access it through a road.

According to the Wisconsin Realtors Association, a landlocked property isn’t illegal in the state. However, Bach said, “The parcel is left with a diminished economic value.”

The village did offer some severance dues to the Ericksons, Bach said in an interview, “but it’s an amount we’re not agreeing with.”

“The Ericksons are willing to go in there. … They’re willing to do it, they just need to get access to it,” Bach said.

The Ericksons said they believed the village is pushing them out of the land to accommodate Foxconn, or any new redevelopments.

“One hundred percent, there’s no question that they want to get us out of that land,” Jack said.

The CDA is set to make a determination on whether the Trucks-n-Parts property is blighted on July 12.

The Ericksons’ case is not the first time properties have been deemed “blighted” as an indirect way to allow for redevelopment of land.

In June 2018, the village declared four square miles — about 2,800 acres — as blighted, in one of the largest (and most unprecedented) designations eminent domain attorneys had ever seen.

Sara Beachy — an eminent domain lawyer with Axley Attorneys in Waukesha — wrote in an article she published a month after the designation: “Redevelopment and blight designations allow a municipality to finance a redevelopment project by issuing bonds. The bonds, exempt from state and federal taxes, could save a municipality millions. In addition, these designations pave the way for the use of eminent domain to acquire the properties needed for the Foxconn project.”

She noted when public outrage arises, municipalities often times give up on eminent domain attempts.

Beachy pointed to the case of Farmer Earl Giefer in the City of Oak Creek. In 2010, city officials sought to declare Giefer’s farm blighted “out of concerns it would hamper development on neighboring land.” The city unanimously dropped their efforts after receiving swaths of public criticism.

Beachy also referenced a 2009 case in Greenfield where business owners and homeowners were concerned their properties would get seized under blight designations for Greenfield Commons/Crossing, a mixed-use redevelopment project. An auto service company was in jeopardy when the entire area it was housed in was declared blighted. Public outrage halted that project, too.

What makes Foxconn different, in that it has withstood years of criticism?

“Foxconn was never an ordinary redevelopment,” Beachy said in an interview. “I’m not aware of any other proposed redevelopment — anywhere — that involved so much overpromising by an international corporation, such massive state subsidies and such overwhelming outside influence.”

Beachy continued: “The train left the station when Scott Walker made this deal back in 2017. Local officials at all levels made decisions in reliance on that deal, and it’s hard to turn the train around now.”

Jack said of the village, “They want to bully us until they own that land. And that’s exactly what they’re doing, bullying us ‘til they get their way.”

In 2017, the Ericksons wanted to expand their business on Frontage Road. They spent about $100,000 of approved preplanning development and “countless hours” of their time, they said.

UPDATED: Bird's-eye view photos of Foxconn as it develops, as of March 2020

Detecting Lynch syndrome — which increases the risk of colon, endometrial, ovarian, stomach and other cancers — can involve testing by Fitchburg-based Promega.

Barn collapsed the day after being installed on property, killing Iowa father and son

“What everybody needs to know is that Andy was so overly cautious with anything with his kids,” a neighbor said. “There’s no way if there was any danger that Andy saw that he would have had his kids anywhere near it.”

The Madison City Council is expected to vote on a resolution Tuesday calling on leaders to halt construction of two Enbridge pipeline projects.

Two women face felony charges after being accused of breaking into a La Crosse apartment on July 6 and stealing the tenant’s dog.

Costs mount in effort to save Wisconsin recreational spot

BURLINGTON, Wis. (AP) — The cost of saving Echo Lake has climbed into the millions, stirring a debate about whether the popular but deteriorat…

"I wouldn’t run if I don’t think I could win," said Johnson, who is undecided on a re-election bid.

Racine police have issued an Amber Alert for help locating a 23-year-old mother and her four children, who have not been in contact with family or friends since Monday afternoon. 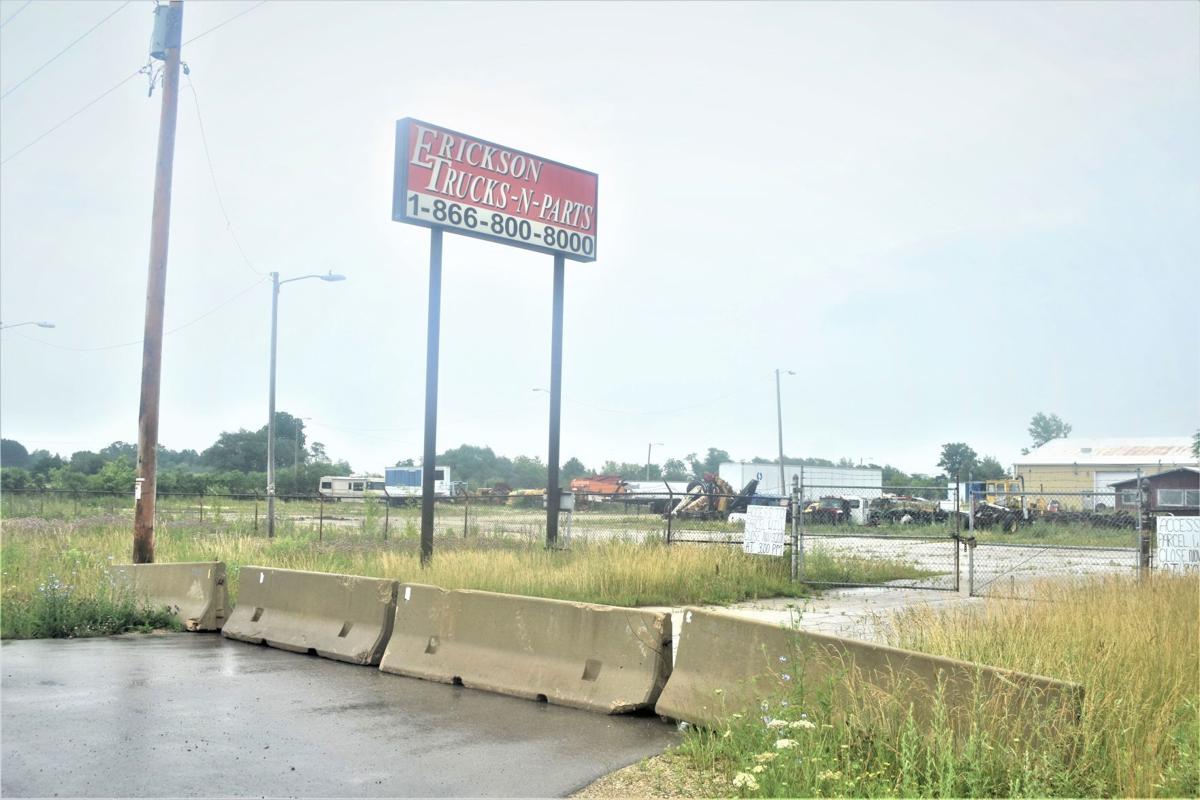 Cement barriers are seen blocking off the only road in or out of Erickson Trucks-n-Parts, 4707 SE Frontage Road. The property is near the Foxconn area in Mount Pleasant. One of its owners was cited for trespassing as the Ericksons claim Mount Pleasant failed to fulfill promises it made. 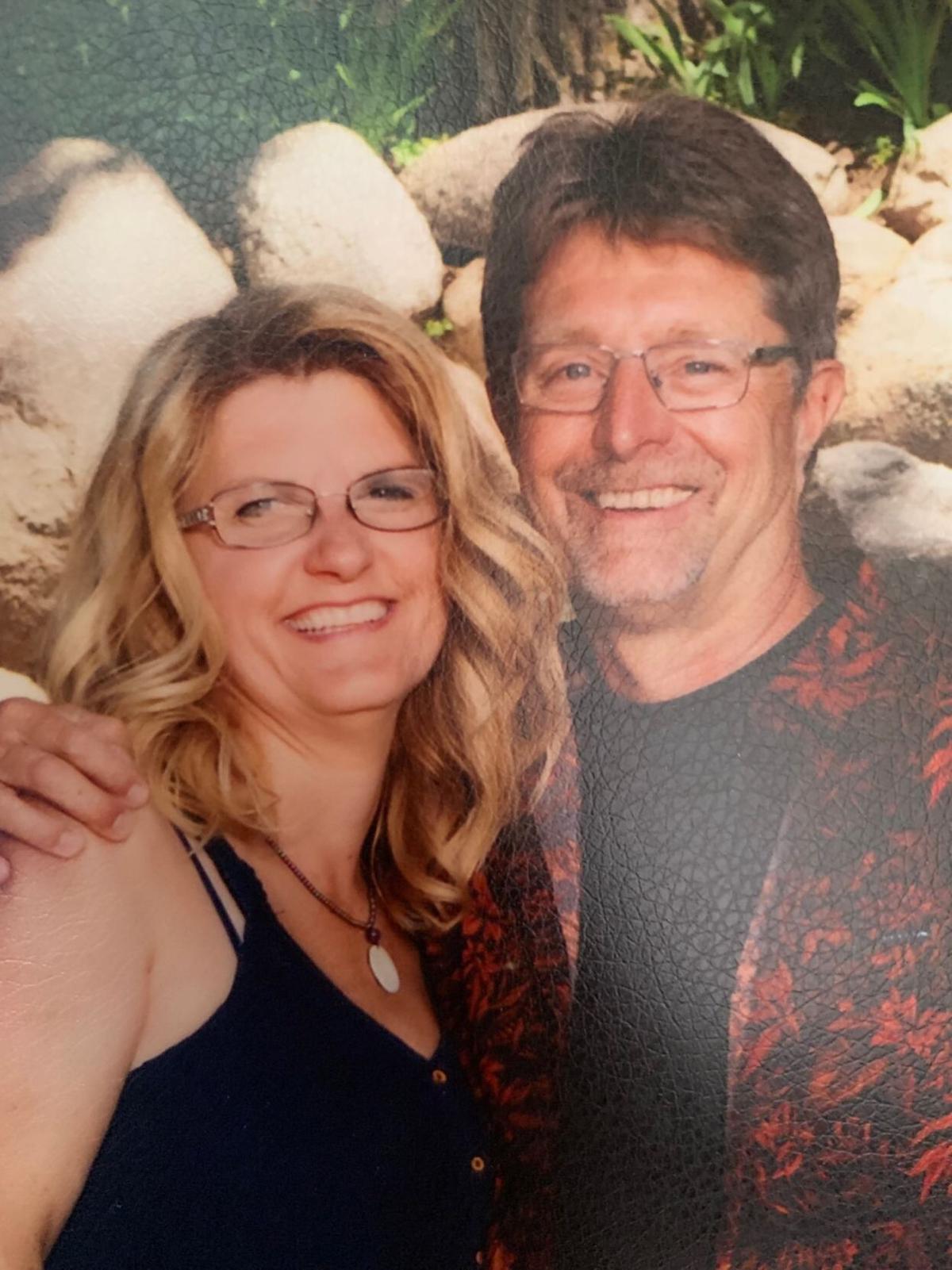 Colleen and Jack Erickson are the owners of Erickson Trucks-n-Parts, 4707 SE Frontage Road. 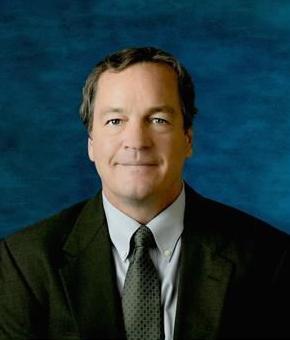 Sara K. Beachy is an eminent domain lawyer with Axley Attorneys in Waukesha.