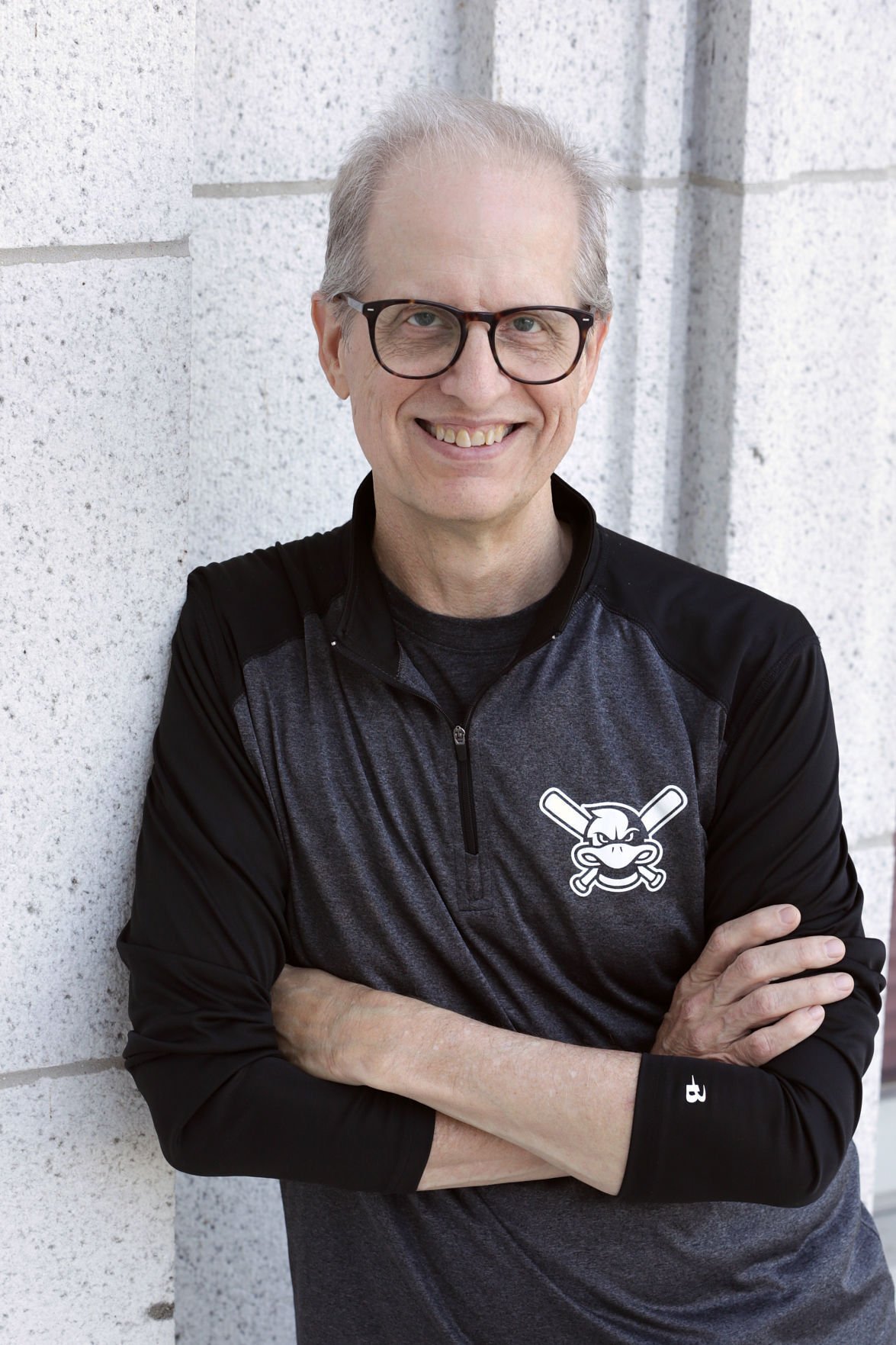 Reid Magney is leaving his role as spokesperson with the Wisconsin Elections Commission after 12 years, and is joining VoteRiders.org as communications director. 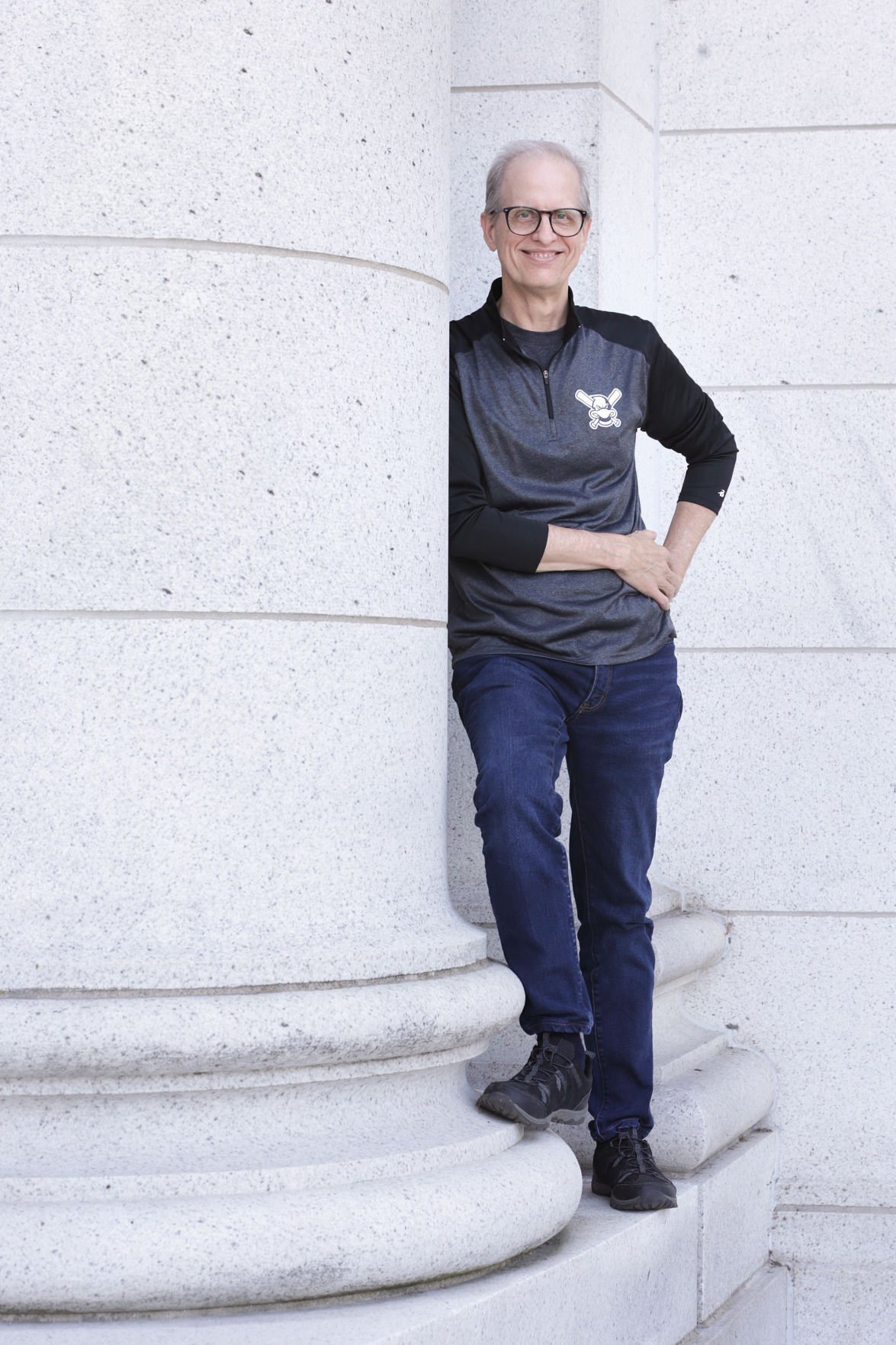 "We prepared for 2020 thinking our biggest challenge during the election year would be misinformation about election security, but it turned out to be dealing with the pandemic," says Reid Magney, who is leaving the Wisconsin Elections Commission to join VoteRiders.org.

As spokesperson for the Wisconsin Elections Commission for the last 12 years, Reid Magney has seen just about everything — including recall votes in 2012 following former Republican Gov. Scott Walker’s passage of Act 10, which effectively eliminated public sector unions; the implementation of voter ID laws; and recounts in 2016 and 2020.

Most recently, the Elections Commission has been at the forefront of an ongoing audit of the state’s 2020 presidential election results. Despite questions raised by Republicans over several aspects of the election, there has been no evidence of widespread fraud.

Through it all, Magney’s primary goal has been simple: Avoid the partisan rhetoric that so often accompanies local, state and federal elections while ensuring every eligible voter in Wisconsin knows where, when and how to exercise that right.

After 25 years in journalism, which included roles with the Cedar Rapids Gazette, the Pioneer Press chain in the Chicago suburbs and several reporting jobs with Lee Enterprises’ newsrooms in Iowa, Illinois and Wisconsin’s La Crosse Tribune, Magney — like many journalists at the time — was laid off from the TV station he was working for during the 2008 recession.

About one year later, Magney was hired as public information officer for the now-dissolved Government Accountability Board. The GAB was dismantled by legislative Republicans in 2016 and split into the Wisconsin Ethics Commission and Wisconsin Elections Commission, with Magney joining the latter organization.

This month, Magney announced he will be leaving the Elections Commission to join VoteRiders, a nonpartisan nonprofit organization with the goal of ensuring that voter ID laws don’t prevent qualified citizens from voting.

Why did you decide to leave the WEC?

After 12 years, including three gubernatorial and three presidential elections, I realized it was time for a new challenge for myself, and to make way for someone with new ideas. But it was a really hard decision because I have so much respect for the people I worked with. Wisconsin is a leader in so many areas of election administration because of their dedication and innovation, which made it really hard to leave.

Can you tell me about VoteRiders?

The organization is small — my hiring brings us to 11 people — but has been able to reach millions of voters through partnerships with thousands of local grassroots groups in states where we’re active. One of the things that attracted me to join VoteRiders is that they’re nonpartisan, which is what I was as a reporter and as an elections agency staff member. The other thing that attracted me is that I can work remotely, so my wife and I can continue to live in Madison.

What has been the most rewarding part of your last 12 years with the GAB and WEC?

The most rewarding — and at times most frustrating — part of the job has been helping voters, reporters and elected officials understand how elections really work. Our election laws and systems are so complicated and ever-changing in the Legislature and the courts. And Wisconsin runs elections differently than many other states, so there was always something that needed to be explained to someone who didn’t understand, or who was making assumptions about Wisconsin or their local polling place based on something that happened somewhere else, or in a fictional TV show.

What has been the most challenging aspect of the role?

Getting people and politicians to understand that the staff of the elections agency doesn’t care who wins or loses an election. We just want to make sure that everyone who’s qualified to vote knows when, where and how to exercise that right, and can do so safely and successfully. We do that by making sure that the real heroes — the municipal and county clerks and the election workers — have the training and tools they need to run their elections successfully and securely. Unfortunately, some politicians view everything through partisan lenses and see conspiracies where there are none.

Looking back on the 2020 elections, how do you feel the state handled such unprecedented challenges amid the COVID-19 pandemic, and what sort of lessons do you see carrying forward into future elections?

We prepared for 2020 thinking our biggest challenge during the election year would be misinformation about election security, but it turned out to be dealing with the pandemic. So in the winter and spring of 2020 we had to pivot and change our plans to focus on ensuring voters could participate safely — whether that was in person at the polls on Election Day, in-person absentee in the clerk’s office before Election Day, or absentee by mail. I’m still amazed at how hard local clerks worked to process more than a million absentee ballots in such a short time in March and April of 2020.

Were there problems? Absolutely, but we learned from them and made changes to have very successful and secure elections in August and November of 2020. We anticipated there would be questions about the election results and did our best to educate voters by showing them how the numbers are triple-checked and accurate, even if there is a delay in reporting them. I think most people understand this, but there are still people who are skeptical, so the election security education piece that never really got finished in 2020 is now needed. I’m not sure we’ll ever be able to convince some people, which is sad, because the process is actually very transparent if people will bother to take the time to look at it.

Want to steal an election in Wisconsin? It's harder than you think

The state has multiple, overlapping safeguards aimed at preventing ineligible voters from casting ballots, tampering with the ballots or altering vote totals.

The WEC and GAB have been at the forefront of several high-impact changes and storylines, including the dismantling of the GAB, the board’s investigation into Walker’s recall campaign, 2016 and 2020 recounts, voter ID and, most recently, ongoing audits and questions into state elections. What sort of impacts have those issues had on Wisconsin elections?

Wisconsin is a “purple state,” which means that some very important statewide elections here are going to be very close. And that means partisans on both sides are going to be fighting over the details. And unfortunately, the venue for many of those battles is a relatively tiny, independent state agency. In that kind of environment, it’s hard to retain the qualified staff members who support and serve Wisconsin’s 3.6 million registered voters, 1,849 municipal clerks and 72 county clerks, as well as our appointed commission. That kind of scrutiny is also hard on local election officials, many of whom are part-timers with very few resources, so we’re going to continue to see significant turnover rates.

It can be easy to get caught up in the partisan rhetoric surrounding elections, results, etc. Is there anything regarding the WEC, or Wisconsin’s election process that you would want the average voter to know?

There are no easy answers in elections, so anyone who tells you there’s an easy fix to a problem should be viewed skeptically. Also, elections in Wisconsin are very, very secure thanks to the work done decades and decades ago in the Legislature. The same laws that protected us from old-fashioned ballot box stuffing back in the day are still protecting us today from computer hacking and other kinds of mischief because they require election officials to count votes and triple-check the results publicly.

Unfortunately, over the last two decades, under both Democratic and Republican governors and legislatures, there has been a failure to address some very basic yet important issues with elections that would give the public greater confidence in their elections and make life much easier for local election officials.

Finally, I’d just like to thank the people of Wisconsin for the opportunity to serve them the last 12 years. It’s a feeling that I know my co-workers share. If you have questions about how elections work in Wisconsin, please don’t be afraid to ask your local clerk or someone at the WEC. We’ll happily talk your ear off.

Eleven Racine residents, plus three others from Franksville, Kenosha and Milwaukee, have been charged with moving and selling large amounts of cocaine and crack cocaine.

Driver had 'more drinks than I should have had' before crash that killed 3, complaint states

Homicide charges were formally filed against Eric N. Mehring, for the Oct. 2 crash.

None of the injuries appeared life-threatening, authorities said.

Five people were shot — three killed — in a home in a quiet residential neighborhood on Kenosha’s north side late Tuesday, the second mass shooting in the county this year.

The nonprofit Conservation Fund said the land, located east of Rhinelander between blocks of national and county forests, was the largest unprotected block of privately-owned forest in the state.

A missing Onalaska 3-year-old has been found dead in Milwaukee.

Milwaukee police were searching for a 3-year-old boy after his mother was killed and the man who was a person of interest in her slaying was found dead from an apparent self-inflicted gunshot wound.

Reid Magney is leaving his role as spokesperson with the Wisconsin Elections Commission after 12 years, and is joining VoteRiders.org as communications director.

"We prepared for 2020 thinking our biggest challenge during the election year would be misinformation about election security, but it turned out to be dealing with the pandemic," says Reid Magney, who is leaving the Wisconsin Elections Commission to join VoteRiders.org.