Wisconsin needs to attract and retain more out-of-state families to address the state’s ongoing workforce challenges, which could soon be exacerbated by impending retirements in an aging labor pool, according to a new report.

The report, titled “Moving In? Exploring Wisconsin’s Migration Challenges” and released by the Wisconsin Counties Association’s nonpartisan research arm Forward Analytics on Wednesday, notes that increased migration from out-of-state employees will be necessary to offset gaps left by retirements over the next decade. That gap is due in part to Wisconsin’s ongoing challenges with attracting young people to the state, the report said.

“If nothing changes, if we just sort of continue with how it’s been going, our 25- to 64-year-old population is going to decline by almost 130,000 people over the next decade,” Forward Analytics director Dale Knapp said. “Just a few years ago, we were talking about just staying even, but now we’re looking at a big decline, which is why migration becomes so critical.”

Federal income tax return data from 2012 to 2020 found Wisconsin lost more than 105,000 tax filers identifying as families under the age of 26 while gaining fewer than 89,000 from other states. Typically, such filers are single individuals, the report notes.

All told, more than 460,000 families left Wisconsin over that nine-year span, compared with just under 430,000 individuals moving into the state.

More than one-third of the families that left Wisconsin between 2012 and 2020 moved to a bordering state. Of the nearly 160,000 Wisconsin residents to move to a neighboring state, more than 62,000 moved to Illinois while more than 65,000 moved to Minnesota.

“The big losses in the youngest adults, recent college graduates — and we’ve known about this, but we now have the data to really identify where they’re going, and it’s no surprise — it’s the big cities,” Knapp said. “That’s going to be difficult to change.”

Knapp said addressing Wisconsin’s migration issue will require a multipronged approach to better attract talent by showcasing the state’s strengths in education and the cost of living while also bolstering amenities that appeal to young adults. Those efforts could help attract young families who grew up here or went to school in Wisconsin but later left for employment or other opportunities, Knapp added.

“That 25-to-44 age group has to be our target because they’re going to be in the workforce for a long time and they’re hopefully having kids, which helps us long term,” he said.

Other options being kicked around by the Legislature to attract more talent to the state include tax breaks, addressing the high cost of child care and easing local government levy limits to help communities generate more revenue for amenities and services.

Wisconsin had a 3.1% unemployment rate in August, compared with a 3.7% national rate, according to preliminary data from the state Department of Workforce Development.

Art of the Everyday: A recap of August in photos from Wisconsin State Journal photographers

More than 17,600 individuals left the Wisconsin Retirement System's active employee list last year for reasons other than retirement, death or disability — the most in a single year since at least 2002.

Evers also vetoed GOP bills aimed at breaking up Milwaukee’s school district into up to eight smaller districts, creating a "Parental Bill of Rights" and expanding private school vouchers in the state.

DWD reported Thursday that Wisconsin's unemployment rate for March dropped to 2.8%, according to preliminary estimates. February's finalized rate came in at 2.9%.

Signs in the northeastern Wisconsin community of Oconto advertise job openings at LeTourneau Plastics. Such signs are not uncommon, as numerous employers struggle to find workers. 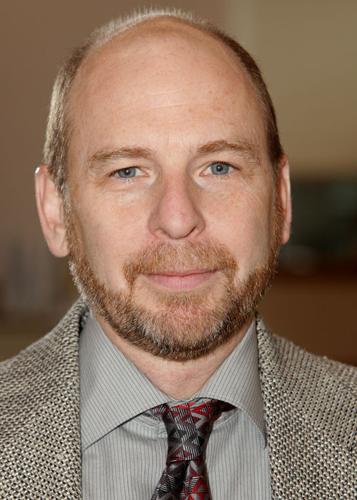