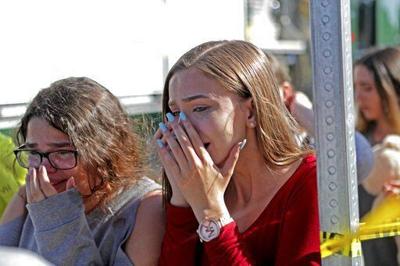 Gun owners and hunters, your state and nation need you.

You need to speak up.

Not for gun rights. The Second Amendment isn’t going anywhere. You can relax about that. Nobody is going to take away your ability to harvest deer, protect your family or fire powerful weapons in safe ways for fun.

Just the opposite is at risk: Too many in the state Legislature and Congress, mostly Republicans, are seeking looser restrictions on buying and carrying lethal firearms, or they’re resisting modest public safety precautions against the wishes of police. They’re doing so despite rising gun violence and mass shootings. That includes the horrific killing of 19 students and two teachers May 24 at Robb Elementary School in Uvalde, Texas. Seventeen others were injured.

Responsible gun owners have a powerful voice to influence those GOP lawmakers who kowtow to the most extreme interests. Those politicians seem to think their political survival depends on pandering to anything-goes gun groups.

It doesn’t. Most hunters in Wisconsinunderstand that constitutional rights are not absolute. They need to make that clear to their leaders, because the message isn’t getting through.

Please call and write your elected officials in support of sensible gun laws today. Urge them to pass legislation to protect your schools, churches, offices, streets and parks.

Just say what you believe and think is best.

For example, three-quarters of gun owners in Wisconsin favor universal background checks on all firearm purchases, including private and online sales, according to a statewide Marquette Law School poll.

If every responsible owner of a gun in Wisconsin who supports consistent background checks contacted their lawmakers with that message, the loopholes at gun shows and on the internet would close.

Buying a firearm shouldn't be easier than voting

So please call your leaders today. Remind them that a proper background check could have stopped the man in 2012 who fatally shot three women, including his wife, at a Brookfield spa. The shooter couldn’t legally buy a gun, yet he purchased a .40-caliber semi-automatic pistol from an online seller who wasn’t required to run a check. If the seller had, a lengthy restraining order would have prevented the sale.

If you are among the majority of gun owners who support “red flag” laws, speak up. These laws allow police to temporarily disarm people if judges agree they pose imminent danger.

With bipartisan support, Florida legalized risk protection orders following the 2018 school shootings that killed 17 and wounded 17 others at Douglas High School in Parkland.

Florida also raised the age for legally buying firearms from 18 to 21. The Parkland shooter was 19.

The shooter in Uvalde last month was 18 years old. He legally purchased an AR-style rifle and more than 1,600 rounds of ammunition to terrorize and kill students and staff at Robb Elementary.

Never accept the epidemic of gunplay

Gun limits, of course, are only part of the solution. They won’t stop every shooting. Lots of other issues such as emotional trauma, mental illness, the pandemic, broken families, abuse, social media and security lapses contribute to chronic violence.

Yet firearms are central to America’s epidemic of mass shootings. They cannot be ignored.

Responsible gun owners in this hunting state must stand up and say something before the next unthinkable tragedy occurs. Their voices have significant pull with the politicians stalling reasonable laws to keep incredibly lethal weapons away from immature and unstable people.

Penny Rosenberg: How to regulate our uninfringeable rights

Imagine if you will, a new amendment to the U.S. Constitution that protected such liberties as the right to travel and move about. Technically, the Constitution doesn’t spell out these freedoms. So let’s codify them.

Stop bashing the judiciary for doing its job

STATE JOURNAL VIEW: It's fine to disagree with court rulings, but not to intimidate and obstruct

Watch Now: Disney caught in the middle of political firestorm over Florida law