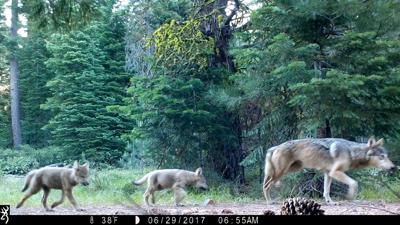 The state’s bag limit was 119 wolves for state-licensed hunters and trappers, while 81 wolves were allocated to several Ojibwe tribes.

But the tribes, who consider the wolf sacred, chose not to hunt their allotted animals. That means the state should have limited non-native hunters to 119 wolves.

Instead, 218 were killed — around 20% of the state’s estimated wolf population — by the time the state stopped its hunt after just three days. The state-sanctioned hunters, in effect, used up their quota and the tribes’ (and then some) by the time the DNR halted the season.

That wasn’t the fault of sportsmen and sportswomen, who paid for licenses to hunt. Let’s acknowledge, too, that it was hard for the DNR to predict how quickly wolves would be bagged after years of the animal being protected (assuming they weren’t attacking livestock).

But last February’s wolf hunt wasn’t fair to the tribes, who sued in court, contending their treaty rights were being violated. Understandably, the tribes are now worried that a wolf season this fall would “nullify their share” of the animals again, according to their attorney.

Chief U.S. District Judge James D. Peterson sounds appropriately sympathetic. He expressed “deep misgivings” last month about a fall wolf season, which a separate court challenge has stalled on environmental grounds, at least for now. The season was supposed to begin this weekend.

It’s important to remember that all of Wisconsin was once the territory of Native American tribes. European settlers persecuted and pushed the tribes off most of their land.

The least Wisconsin can do now is honor the tribes’ treaty rights and a 1983 court decision granting them a portion of natural resources to manage as they wish in roughly the northern third of the state.

At the same time, the state should make sure the wolf population is stable before allowing more hunting and trapping. The DNR and its board have disagreed on an appropriate bag limit for this fall, assuming the courts allow a wolf season to go forward. Wildlife scientists with the agency recommended a kill limit of 130 animals. The DNR policy board increased that to 300. Then Democratic Gov. Tony Evers’ DNR lowered it back to 130, some of which the tribes would control.

However the legal disputes are resolved, the tribes deserve a fair share of the wolves to preserve. They consider the majestic animals their “brothers.” Their rights must be respected if wolf hunting resumes.

A look back at the editorial cartoons of Phil Hands