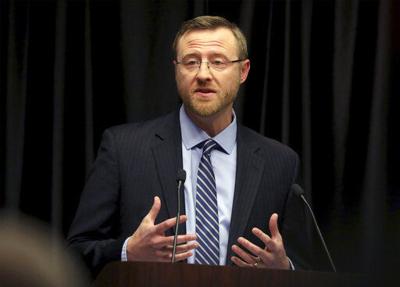 At least one justice on the seven-member Wisconsin Supreme Court is showing flashes of independence.

That’s good to see, and long overdue. We wish more of Hagedorn’s black-robed colleagues would similarly prioritize the law over the interests of their partisan pals and campaign supporters.

Liberal-backed justices on the high court predictably sided with the Democratic governor in the high-profile, partisan-fueled dispute, while most of the conservative justices backed the Republican-run Legislature’s lawsuit.

Hagedorn was the exception. Again.

He stood for judicial restraint. That’s something conservatives often say they believe in — until a Democratic governor is doing something the Republican-run Legislature doesn’t like.

“The Legislature may have buyer’s remorse for the breadth of discretion it gave” to the state Department of Health Services, Hagedorn continued. “But those are the laws it drafted; we must read them faithfully whether we like them or not.”

This is the second time since Hagedorn joined the court in August that he has conspicuously veered from his conservative peers. In January, he refused to speed a decision to purge as many as 200,000 people from voting rolls, a case brought by conservatives.

It only makes sense that a good judge, from time to time, will upset some of the people who supported the judge for election. That’s because Wisconsin’s laws have been drafted over decades by legislatures of varying political persuasions. So if a judge is closely interpreting the intent of those laws — rather than playing politics — his rulings shouldn’t neatly and consistently align with one political party or the other.

Unfortunately, modern judicial elections in Wisconsin have devolved into special-interest spending sprees, with partisans expecting judges to always rule in their favor.

Jarchow confuses the roles of a lawmaker and a judge. A lawmaker is a partisan who represents constituents. Judges are supposed to be nonpartisan and apply the law as written, without partisan consideration.

Hagedorn appears to be doing just that, and we wish more of his colleagues in black robes would do the same.

EDITORIAL: A call for civility amidst protests

Free speech and demonstrations are fine, but not reckless threats of violence

OUR VIEW: Joe Parisi must be willing to ease restrictions if rest of state keeps virus at bay