What could have been a near-perfect deer hunting opener with sighting and safety snow to go along with an overlap with deer mating season, was hampered some by uncomfortable conditions for hunters.

Low and high temperatures were well below normal. Uncombined standing corn gave deer an additional habitat to hide in, too.

How all those factors balance will be determine when the nine-day preliminary scores are posted a few days after the season closes Nov. 27.

Rutting activity was obvious in many location when bucks were seen following does, sometimes the buck standing still for many minutes for no apparent reason until a doe jumped up and began moving again.

Until the season ends, more than 550,000 gun deer hunters are wrapping up their hunt that began about the time several inches of snow fell.

Still, most were pleased with the wintery weather conditions and deer movement most days.

“There were lots of shots because the snow made it possible for all to see one another. The deer saw us, we saw the deer bolt from their beds, and safe shots were taken, albeit some not hitting their marks,” said Wayne Smith, an outdoorsman in Lafayette County, where the Yellowstone Lake State Park and State Wildlife Area provided great deer habitat and hunting.

In addition, one of the DNR’s rifle ranges is within the wildlife area should hunters needed to sight their rifles after too many misses.

“Some hunters hunt from heated huts, similar to those used for the upcoming ice fishing,” said Don Martin, of Martin’s in Monroe. “They can sit in some of those shanties in shirt sleeves, but they’d better have an outer layer of blaze orange on for safety, too.”

How wardens enforce hunting regulations for the safety of all

Wally Banfi, at Wilderness Fish and Game in Sauk City, continues to lament the lack of a celebratory atmosphere that was once common around in-person registration stations.

“Opening weekend and beyond were festive times," he said. "Young hunters would often come in with the mentors to see the deer taken and get excited and ask to go back in the woods. Others, some non-hunters, would stop just to enjoy the atmosphere this super season brings. It was great.”

Registration continues to be required but is and has been done of late by phone or computer, electronically. The process must be completed by 5 p.m. the day following taking possession of a deer in the field. A confirmation number is issued to the hunter in that transaction and no actual tagging of the carcass is required but some hunters still do it to help keep carcasses and hunters connected.

Forget to register? Self-report by contacting a DNR field warden and work it out. Be honest and the process may not be a large pill to swallow.

“When we see the numbers from opening weekend on Tuesday, and then after the season, I believe we’re seeing some impressive totals in part from the safety and sighting snow and a good deer population,” Banfi said.

Smith said some of the younger hunters have really insulating clothing and they can stay at it for more hours regardless of the temperature.

“Others are moving around by 9 a.m. and that causes deer to move, too, but once the shooting started deer hunkered down and have to be pushed,” he said. “I still believe still hunting (walking very, very slowly, stopping often) is possible, even in standing corn but the planting density is so tight now that it’s difficult to walk across rows.”

Smith still gave the weather and conditions a good score.

“Before the season opened I saw more hunters out scouting the public land than normal, so going in there was an increased level of excitement,” he said.

Aside from ammunition, other supplies are more available than in the past.

“One of the hottest items (pun intended),” Banfi said, “is a full sole Grabber Foot Warmer. It’s easy to use, warms quickly, and warms the entire foot.”

“A lot of hunters have had enough after the nine-day gun season,” Martin said. “But some still need more venison and will give those seasons a look-see.

“If hunters were after Mr. Big deer, they may continue to hunt the muzzleloader season because there may be snow and the deer continue to come out earlier in the afternoon to feed. Also the end of the rut may still to ongoing and this gives hunters another chance to get the buck before the antlerless seasons open.”

Some hunters have already noted seeing deer who shed one or both antlers.

The colder weather, snow covering, and windy conditions have brought massive numbers of birds to feeders. Continue to watch for snowy owls and evening grosbeaks that are continuing their irruptions into many parts of Wisconsin, including the southern reaches.

‘Tis the evergreen season in and outdoors

Evergreens offer far more than a decoration for the holiday season. 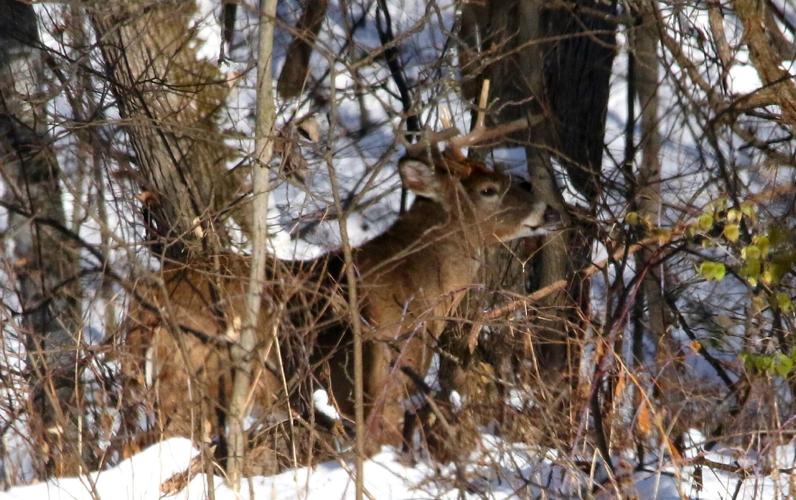 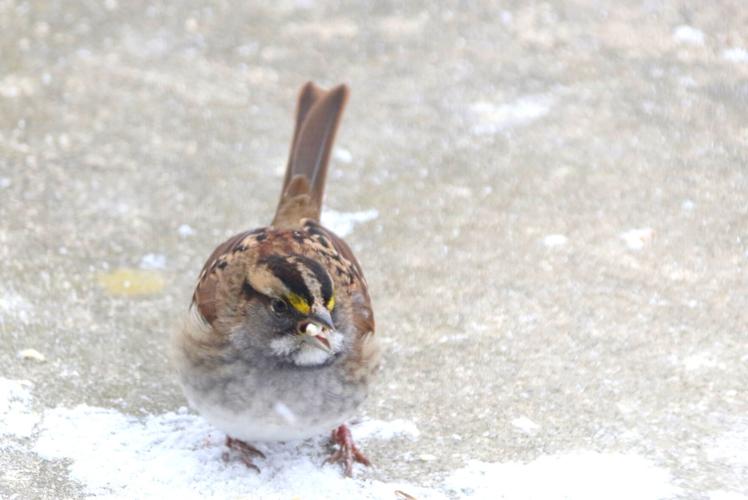