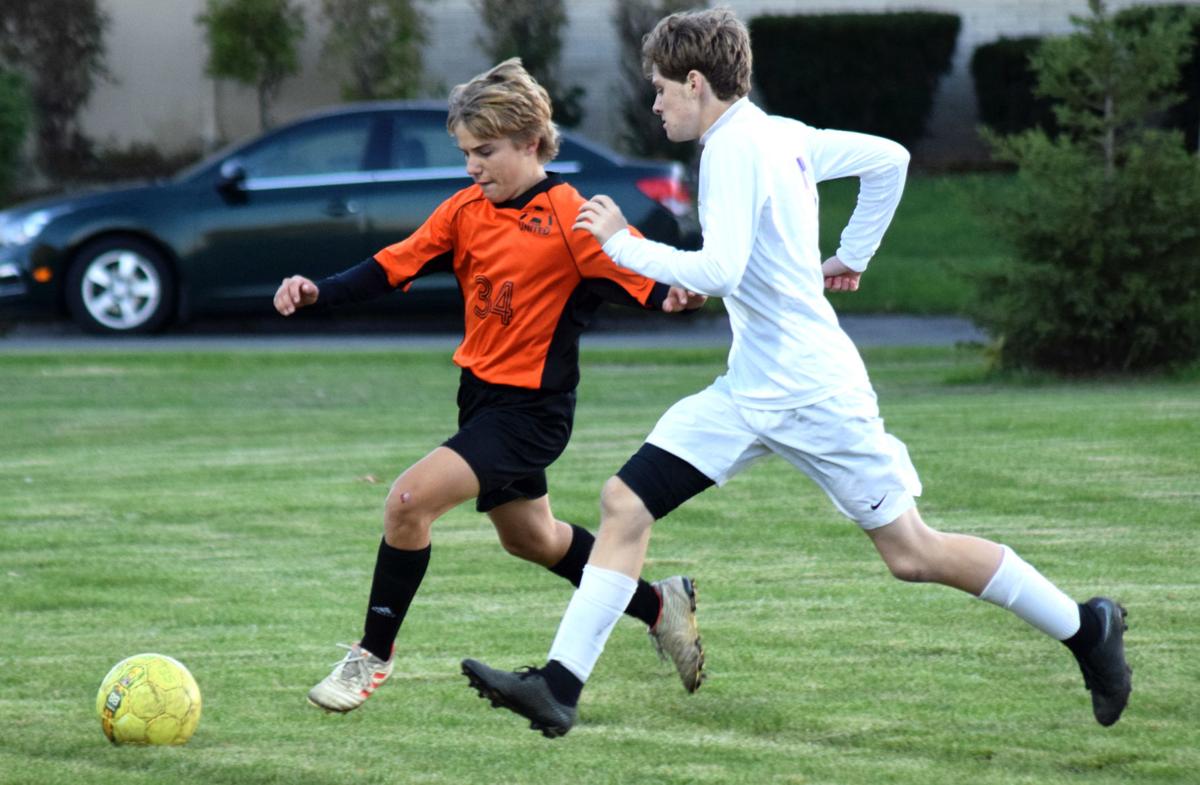 Portage/Poynette freshman Luke Wilson looks to clear the ball past DeForest's Donovan Wendt during the first half of Thursday night's Badger North Conference game at Veterans Memorial Field in Portage. 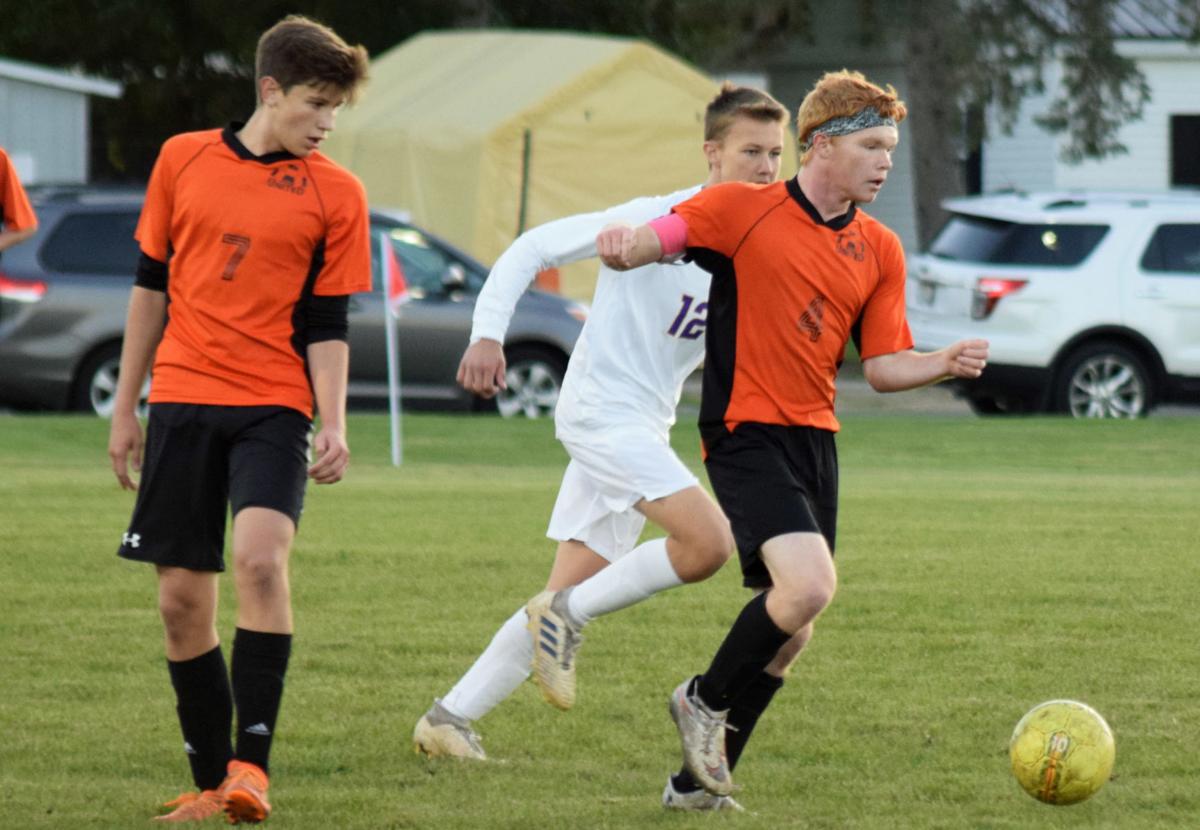 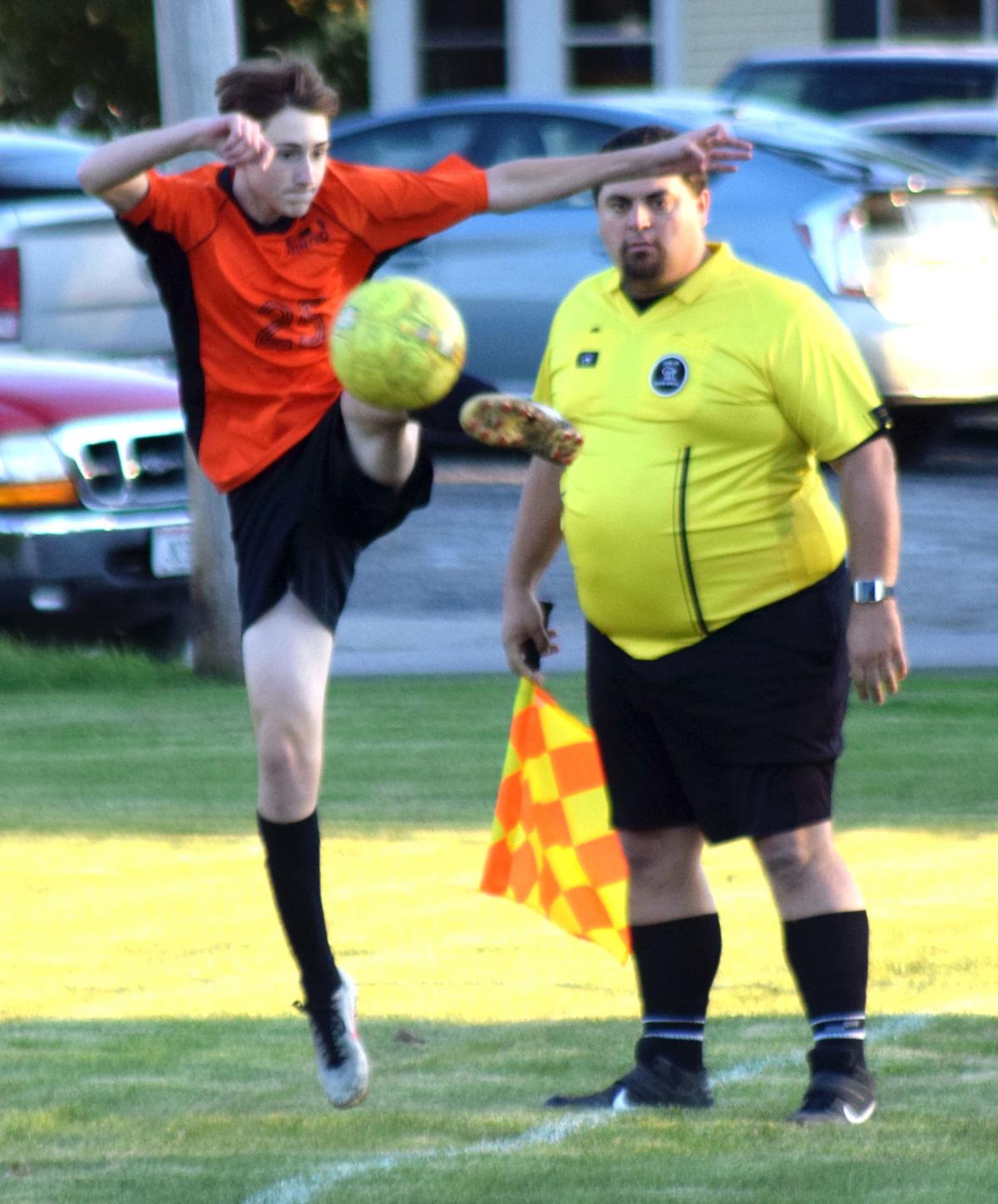 Portage/Poynette freshman Gabe Tobin leaps to keep the ball in play during the first half of Thursday night's Badger North Conference game against DeForest at Veterans Memorial Field in Portage. 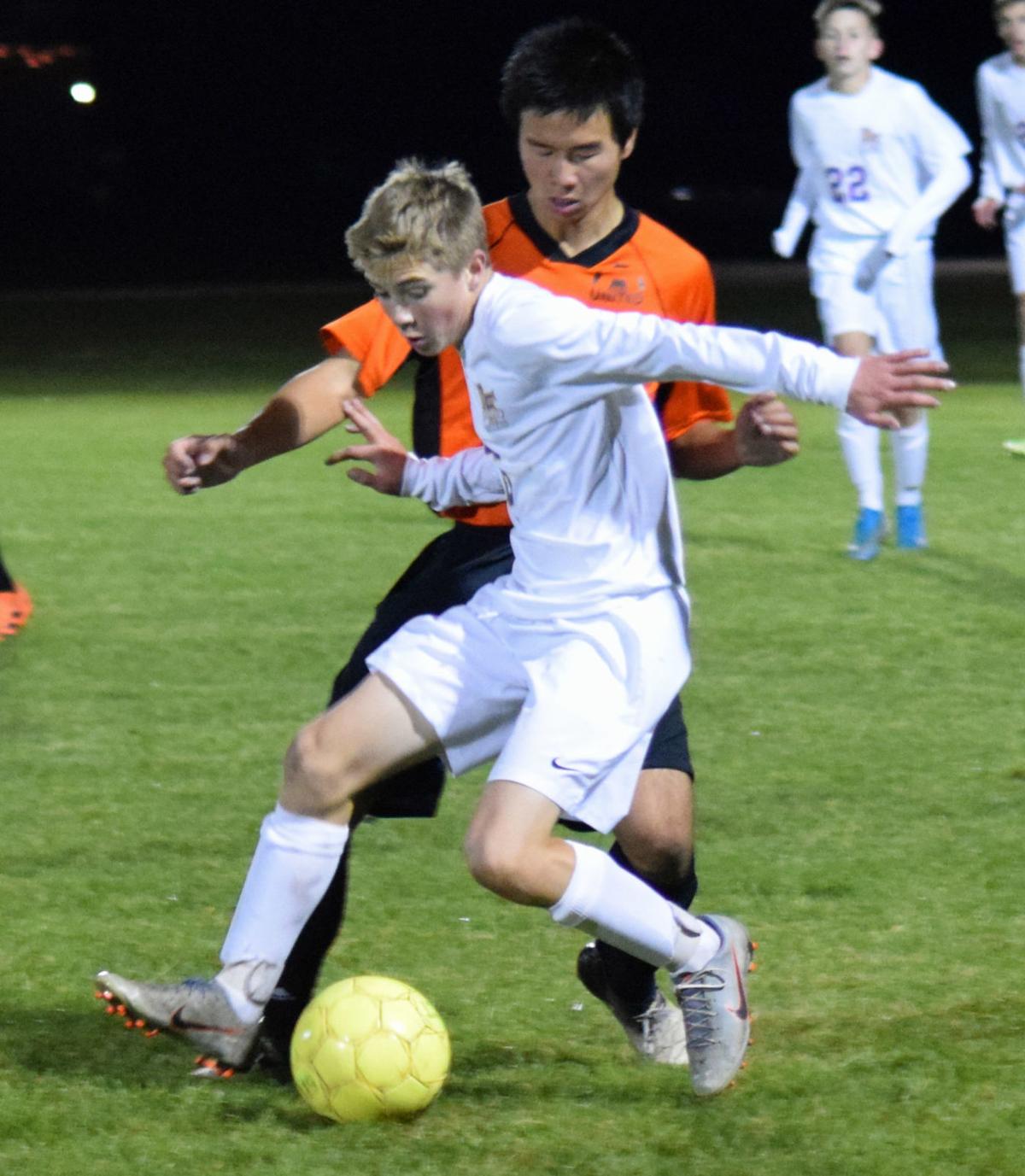 Portage/Poynette senior Nelson Lu tries to steal the ball away from DeForest sophomore Blake Olson during the second half of Thursday night's Badger North Conference game at Veterans Memorial Field in Portage.

In its brief time in the Badger North Conference, a goal against DeForest had eluded the Portage/Poynette boys soccer team.

While the United was able to finally pierce the Norskies’ defense Thursday night, it could only find the net once en route to a 5-1 loss in a Badger North Conference finale at Veterans Memorial Field in Portage. Junior Tyler Milewski scored the lone tally while junior goalkeeper Garrett Lynch made 10 saves in the loss for the United, which again struggled on offense.

“They had us panicking; they took it to us hard, didn’t give us time to think and they made it really tough for us to connect passes,” Portage/Poynette coach Mike Collins said. “We showed a lot of panic on the field and that’s something we need to work on.”

After getting outscored 19-0 in its last two league matches against the Norskies, the United fell into a 2-0 halftime hole and quickly fell behind 4-0 within the first 15 minutes of the second half. Portage/Poynette (6-10-2, 0-6-1 Badger North) persisted and finally after a three-hour plus scoreless stretch in league play, found the back of the net.

Struggling to move the ball all night, the United sprung junior Hunter Collins loose in the Norskies’ defensive half. The forward surged into the 18-yard box but DeForest goalkeeper Phillip McCloskey was on cue to stymie the breakaway chance.

The Norskies’ senior netminder was able to keep the ball however as a mad dash developed leading to a shot by junior Grayson Metzler. McCloskey again was tall enough to thwart the attempt, but ultimately a third opportunity presented itself to Milewski, who fired it into the net to cut the lead to 4-1 with 63 minutes, 39 seconds played.

Looking to build off the goal, the United generated two more chances but missed the frame of the goal both times. Minutes after the Milewski tally, a ball broke for junior Cole Limmex inside the 18-yard box, but the defender fired wide right.

A similar opportunity presented itself for Jacob Zajicek in the 78th minute but the junior followed suit as he skied his shot over the goal. Mike Collins said he “doesn’t care if the ball goes through the net, I just want it to go in the net,” however, keeping players from fully putting their laces through the ball is a challenge.

“Unfortunately, some of the competition we play, we don’t get a lot of scoring opportunities,” he said. “So when a kid gets his chance on the big stage, it’s easy to miss that opportunity because of the excitement presenting itself.”

Following the United’s missed chances, the Norskies (10-6-1, 3-4-0) put things to bed with just over five minutes remaining. After driving deep into the United third, DeForest sophomore Blake Olson curled in a right-footed shot from the left corner of the 18-yard box past Lynch and inside the far right post for a 5-1 lead at 84:18 before the final whistle sounded.

It was a rough start for the United as the Norskies struck first just under five minutes into the first half. After earning a corner kick, senior Evan Ridd curled in a cross that found its way through the 6-yard box and into the far right side of the goal for a 1-0 lead at 4:59.

DeForest continued to press the United and doubled its lead just past the midway point of the half on a goal by Jacob Roesel off an assist from Owen Thoms at 28:29. After riding out the 2-0 cushion to the break, the Norskies struck twice quickly in the second half as Drew Ciesielczyk and Kennedy Wallace scored within six minutes of each other for a 4-0 lead just before the hour mark.

Even with the four-goal loss, it was the fewest goals the United has given up to the Norskies in three league contests. Mike Collins lauded the defense’s effort, especially from junior Cole Limmex and freshman Luke Wilson, as the United was without standout junior defender Ben Labarge after he received a red card in Tuesday’s 3-3 draw with Reedsburg.

“We don’t have a lot of big guys playing defense, but they were fast, kept up with them for the majority of the night and they did a fantastic job,” Mike Collins said.

The United and Beavers each scored twice in the second half for their second straight tie.

PREP BOYS SOCCER: Baraboo starts slow but pulls away for 6-2 win over Portage/Poynette

The T-Birds scored twice in the final five minutes of the first half to seize momentum and never looked back against the United.

Portage/Poynette freshman Luke Wilson looks to clear the ball past DeForest's Donovan Wendt during the first half of Thursday night's Badger North Conference game at Veterans Memorial Field in Portage.

Portage/Poynette freshman Gabe Tobin leaps to keep the ball in play during the first half of Thursday night's Badger North Conference game against DeForest at Veterans Memorial Field in Portage.

Portage/Poynette senior Nelson Lu tries to steal the ball away from DeForest sophomore Blake Olson during the second half of Thursday night's Badger North Conference game at Veterans Memorial Field in Portage.