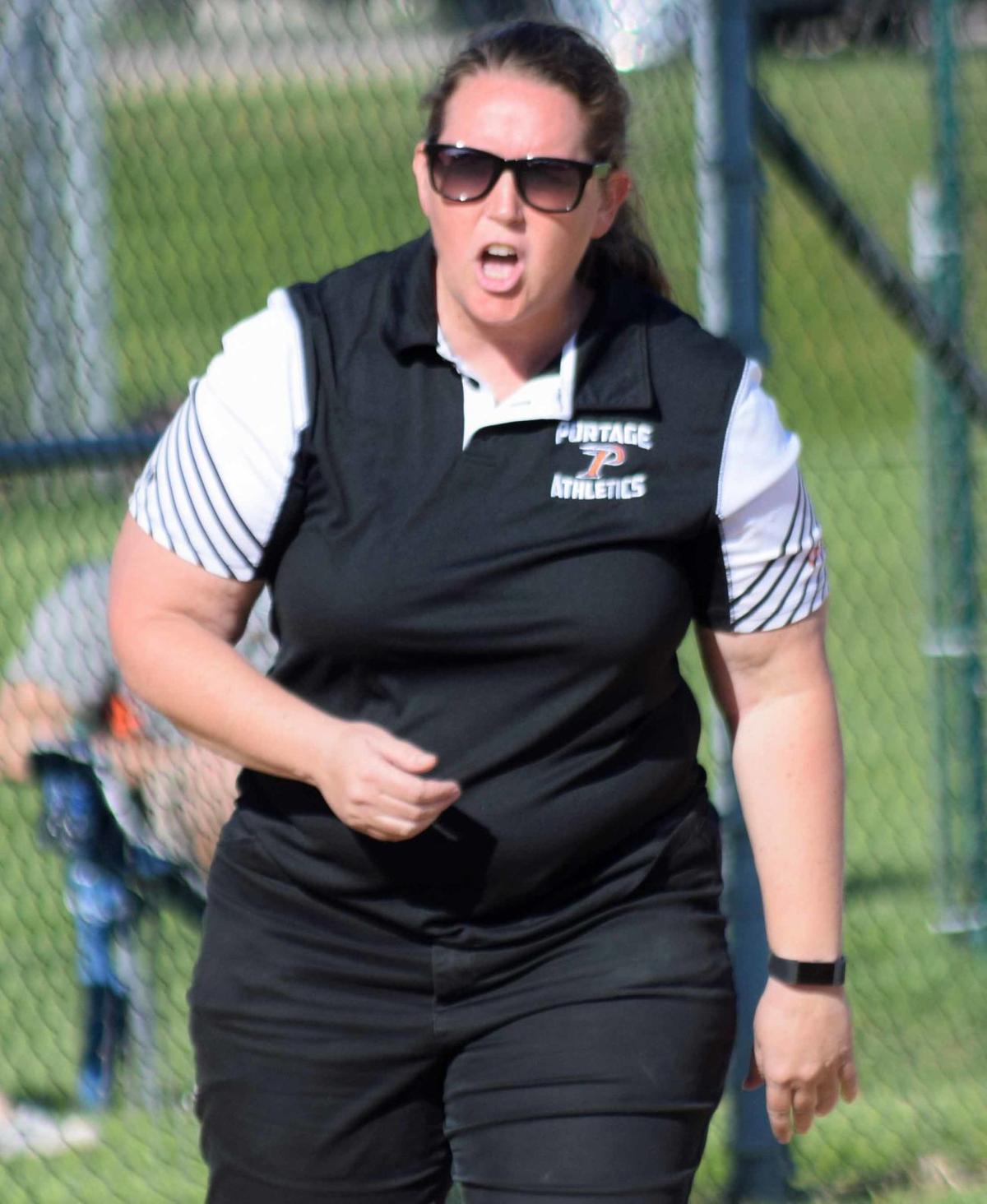 Portage softball coach Connie Wampler encourages a batter during a Badger North Conference game last season. The Portage School Board is one of five area schools to honor its spring coaching salaries in-full. 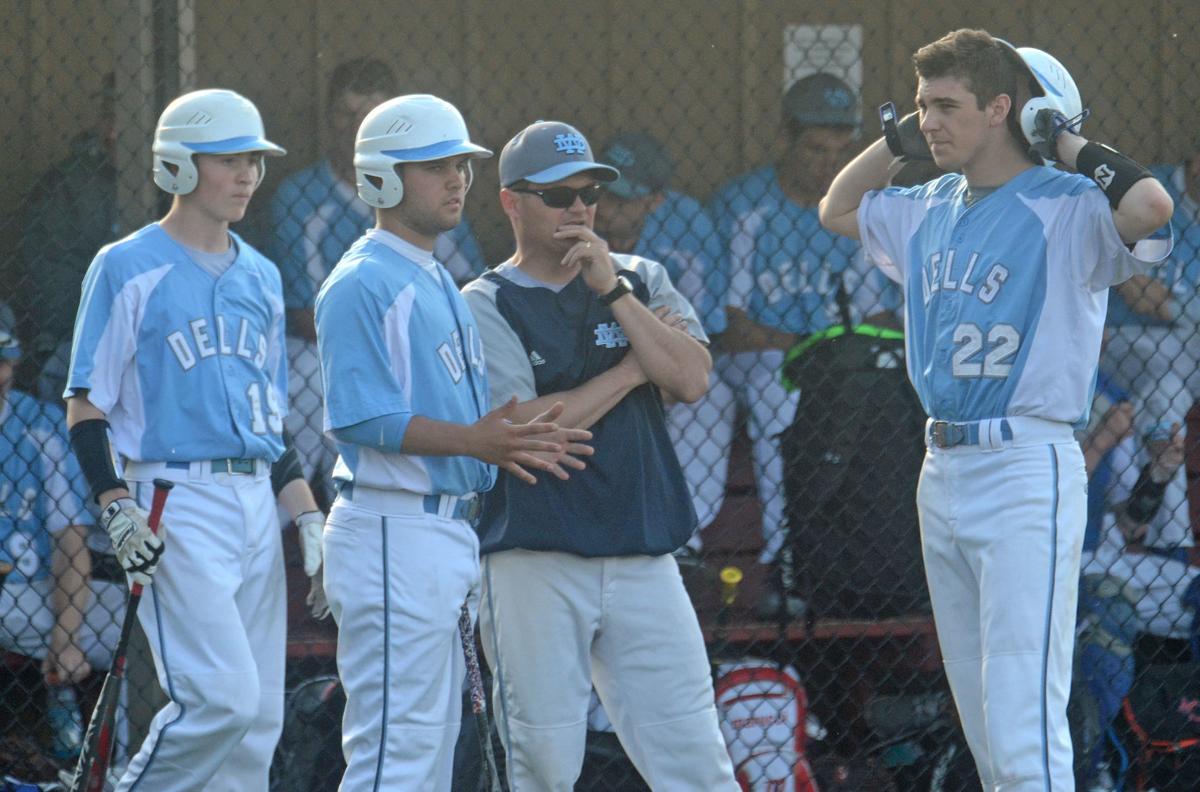 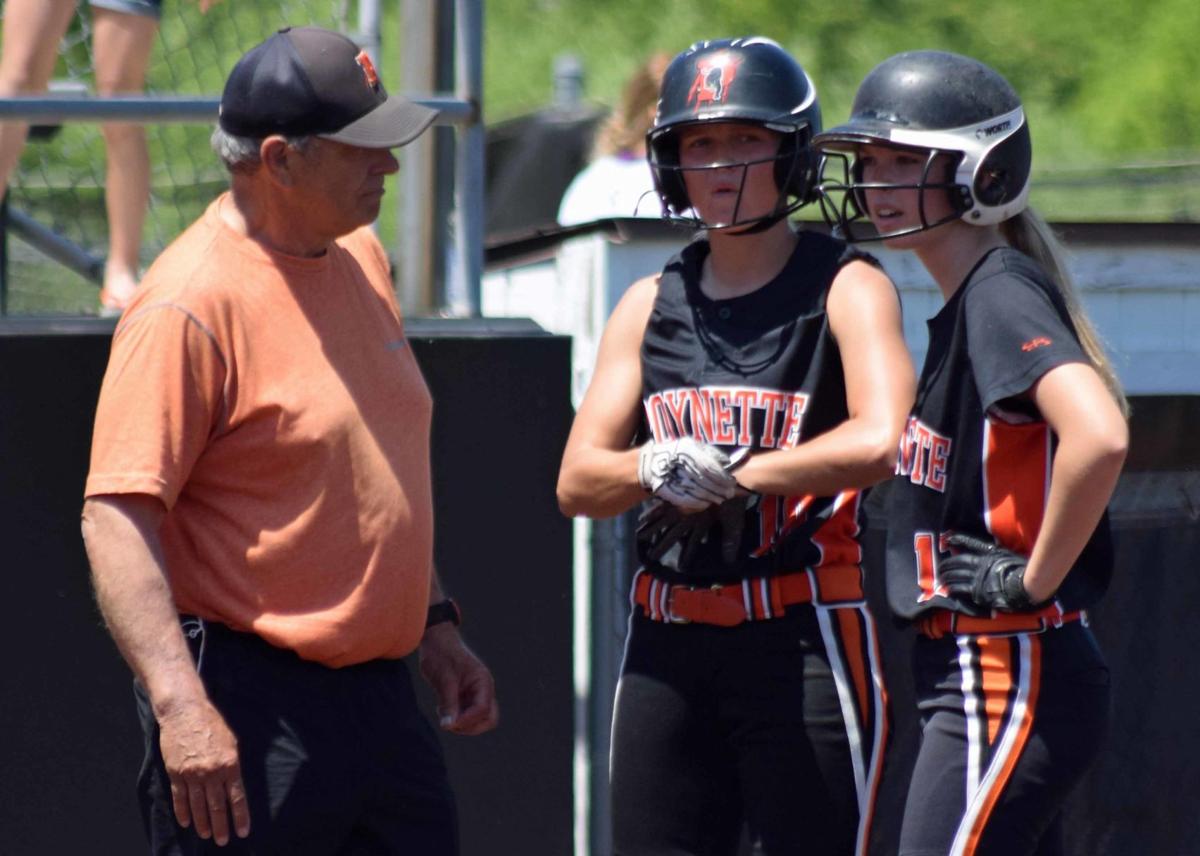 The Poynette School District elected to honor a portion of its spring coaches salaries "to compensate for time put in for season preparation and the practices that had already taken place. According to athletic director Jessica McCracken, should the Pumas participate in the WIAA's 30-day extra contact period, coaches' stipends would be honored in-full.

Like most high school coaches, Lodi athletic director Sue Meffert knows nobody gets into the coaching field “to get rich and make money.”

While the COVID-19 pandemic forced the WIAA to cancel its spring season, coaches have continued guiding their teams despite not being able to gather under Gov. Tony Evers’ Safer-at-Home order. That work hasn’t gone unnoticed, as six of nine area schools have elected to honor at least some portion of their high school coaches’ salaries.

Portage, Cambria-Friesland, Pardeeville, Lodi and Rio’s respective School Board’s approved paying coaches’ contracts in-full, while Poynette is paying its coaches a portion of their salaries. According to Poynette athletic director Jessica McCracken, coaches received a portion of their contracts “to compensate for time put in for season preparation that had already taken place.”

Should Poynette participate in the WIAA’s 30-day extra contact period, McCracken said “the full stipend would be paid and would not deduct for time missed.”

For Cambria-Friesland superintendent Tim Raymond, the choice was an easy one.

“We have coaches that are here every year, for our kids, like clockwork,” he said. “We’re fortunate to have them and some of those coaches depend on that coaching check; that’s part of their income, especially with everything going on, it could go to good use.”

“I think our coaches always do a great job building relationships with their athletes, and now more than ever that’s so important,” Portage athletic director Tim Haak added.

Other area schools are still weighing the possibilities. The Montello Board of Education voted on Thursday to table its discussion on coaches’ compensation to its next board meeting on June 11, according to athletic director Mark Hanson.

The Wisconsin Dells School Board is also holding off on its decision as it will not discuss paying coaches contracts at its upcoming board meeting on May 18. School Board president Dr. Jennifer Gavinski said the group is looking “to tackle it as an agenda item” at the following meeting on June 8.

“Everything has been so fluid with the goings on in the state right now, whether it’s coming from the Governor or the State Supreme Court,” she said. “For us as a district and compensating our spring coaches, what I believe the discussion will be is honoring a portion of their salary.”

Gavinski said she believes the board’s discussion will come down to settling on a flat payment for its high school coaches.

“Some coaches may not do as much in the offseason as far as direct work linked to the spring sport that they coach, but we can’t sit there and pick-and-choose,” she said. “We don’t want to pit them against one another by any means; these are just unique circumstances where we’re not running the spring sports session, but we want to honor some of them, if not all of them, if they’ve put in some hours for the district.”

Westfield made the decision early on to not tender its spring coaching salaries.

According to Westfield Superintendent Bob Meicher, Westfield Area School District was one of the earliest districts in the entire state to make the decision to close down its buildings. Given students and staff were set to return from the district’s spring break on March 16, Westfield held a special School Board meeting on March 13 and elected to close all school days ahead of Gov. Tony Evers’ order.

Meicher said the board met again on March 23 “when it became clear we were going to miss a significant number of school days.” During that meeting the Westfield School Board chose to not honor its spring coaches’ salaries.

“We made some hard decisions at the very start by agreeing to pay our staff, including transportation, custodial maintenance, food service, teachers, administration and teaching assistants,” Meicher wrote in an email on May 12.

“We did consider compensation for additional areas such as coaches, drivers and officials for athletics. However, considering the spring sports season had not yet begun we did decide, in lieu of maintaining all regular staff wages that we needed to pull back in these areas. This was done to ensure we had our taxpayers in mind as well.”

While choosing to pay coaches was easy, Rio, Portage and Lodi have enacted parameters for their coaches to meet in order to receive their salary. According to Meffert, she along with Principal Vince Breunig, Assistant Principal Joe Jelinek and District Administrator Charles Pursell came up with a list of requirements for Lodi’s high school head and assistant coaches to meet.

Among those requirements is completing their yearly WIAA rules exam and video, providing regular workouts and drills to student athletes throughout the season and checking in with them to provide support, as well as, updating player/parent handbooks, season evaluations, online inventory and cleaning storage spaces.

Other prerequisites include completing one free course from the National Federation of High School Sports website before the district’s final day of the school year on May 29. Meffert said the district’s goal for these requirements was to give their coaches a reason to coach.

“We wanted it to be positive for the student-athletes, the coaches and our athletic programs overall, so beneficial in more ways than one,” she said. “It’s just finding different ways to still have the camaraderie of sport without gathering together and being in person.”

Similar to Lodi, Rio athletic director Jared Napralla compiled a list of rationale for paying high school coaches. Among the reasoning is that “coaches have continued their responsibilities that parallel that of teaching staff,” and that “in reality, there is no offseason for coaches.”

Coupled with his rationale, Napralla followed Meffert in creating a list of coaching expectations for Rio’s coaches to complete. The Vikings coaches must finish an NFHS course, as well as the WIAA rules meeting and exam per sport, as well as, create workout/training plans for student-athletes.

Napralla said coaches have utilized Google Classroom to get their information to student-athletes and he has access to such information. Vikings coaches must finish their expectations by June 18, what would be the official final day of the spring sports seasons, to be paid in-full, while Napralla and head coaches will collaborate to determine the compensation for assistant coaches.

“We value our employees, I value my coaches and as an athletic director, I know how much they do, so I think they should get paid since they don’t get paid enough in the first place,” Napralla said.

Along those same lines, Portage will pay its coaches in-full as they continue to follow the guidelines Haak laid out to future superintendent Josh Sween. Sween, the current principal at Portage High School, said Haak’s guidelines include completing WIAA sport specific testing, weekly virtual contact with athletes with training suggestions, and participating in professional development opportunities.

In additional to that, Sween said coaches have collaborated to form a “live document” of sources that all coaches can access.

“We have an incredible staff of coaches and they are doing everything they can to be there for our student athletes that have been denied the opportunity to represent Portage during this spring sports season,” Sween wrote in an email.

“That support system is very valuable, and they’ve been doing some workout schedules for their athletes at home,” Haak added. “They’ve really done a good job.”

While the spring season is officially off, school districts are still exploring the possibilities of taking part in the WIAA’s extended contact period in July. The Badger Conference sent out a press release on Thursday stating the 16-team league will not take part in the WIAA’s extra 30-day period.

The Capitol Conference decided to leave summer participation decisions up to individual schools, while Gavinski believes the South Central Conference will not take part. As for the Trailways Conference, a decision has yet to be made, but schools are taking precautions.

Cambria-Friesland athletic director Tyler Lindert said the district’s plans coincide with Gov. Evers’ Badger Bounce Back Plan, while Napralla said he and Rio coaches have also laid out plans of action in the case they do.

“This is such a fluid situation, every single day you get a different piece of information,” he said. “But just because we’re planning for it doesn’t mean we’re going to do it.”

“We’d be very excited if, and when, we could get back to sports. We’re excited to get back to that,” Lindert added.

Portage softball coach Connie Wampler encourages a batter during a Badger North Conference game last season. The Portage School Board is one of five area schools to honor its spring coaching salaries in-full.

The Poynette School District elected to honor a portion of its spring coaches salaries "to compensate for time put in for season preparation and the practices that had already taken place. According to athletic director Jessica McCracken, should the Pumas participate in the WIAA's 30-day extra contact period, coaches' stipends would be honored in-full.