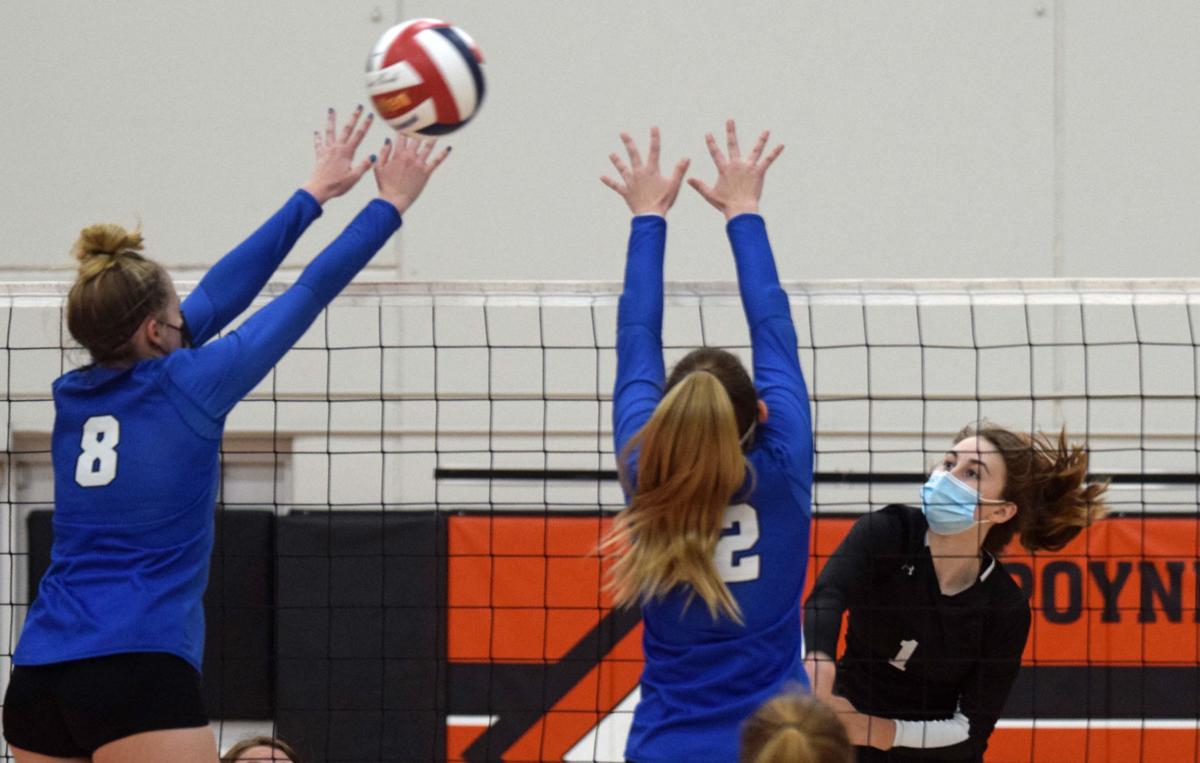 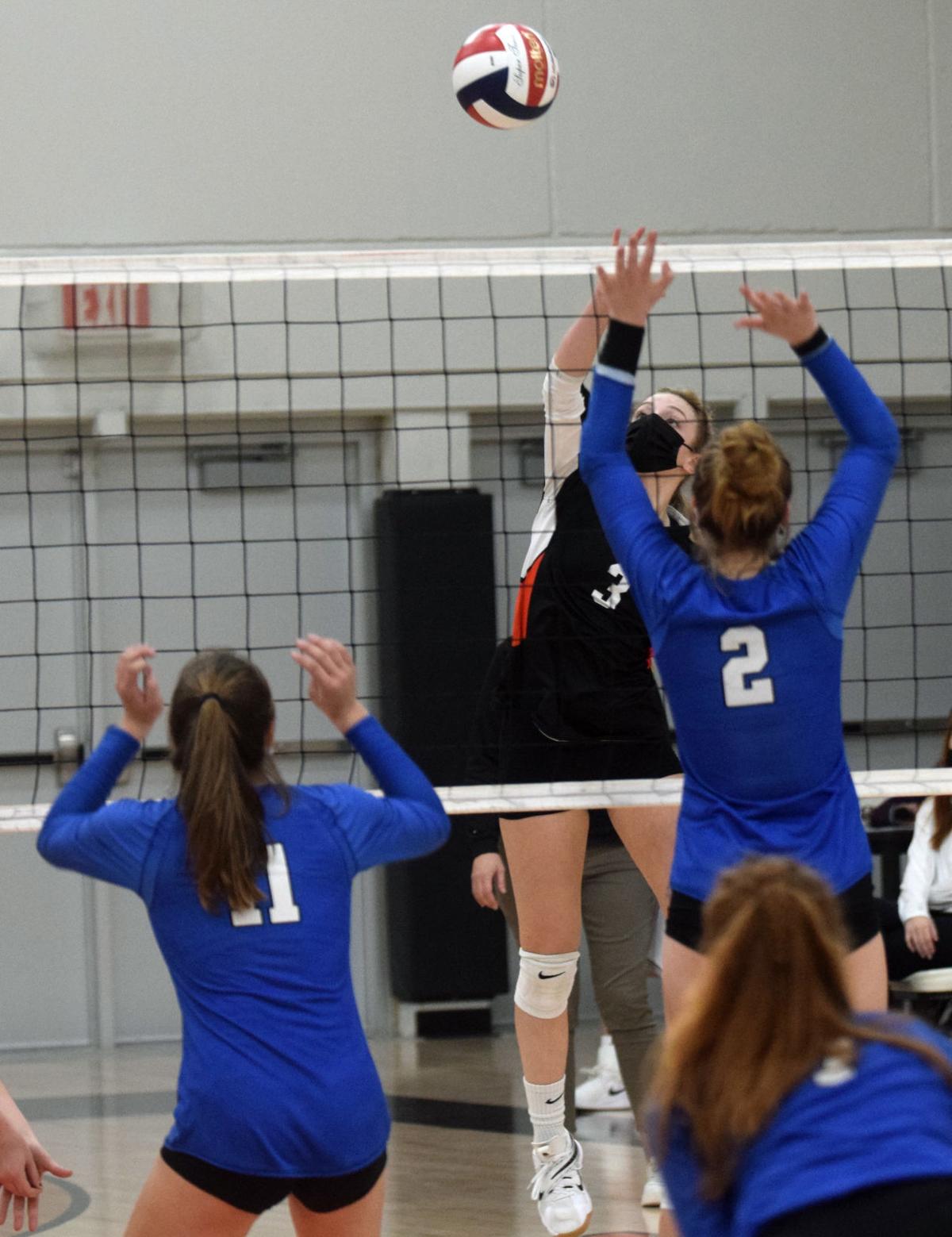 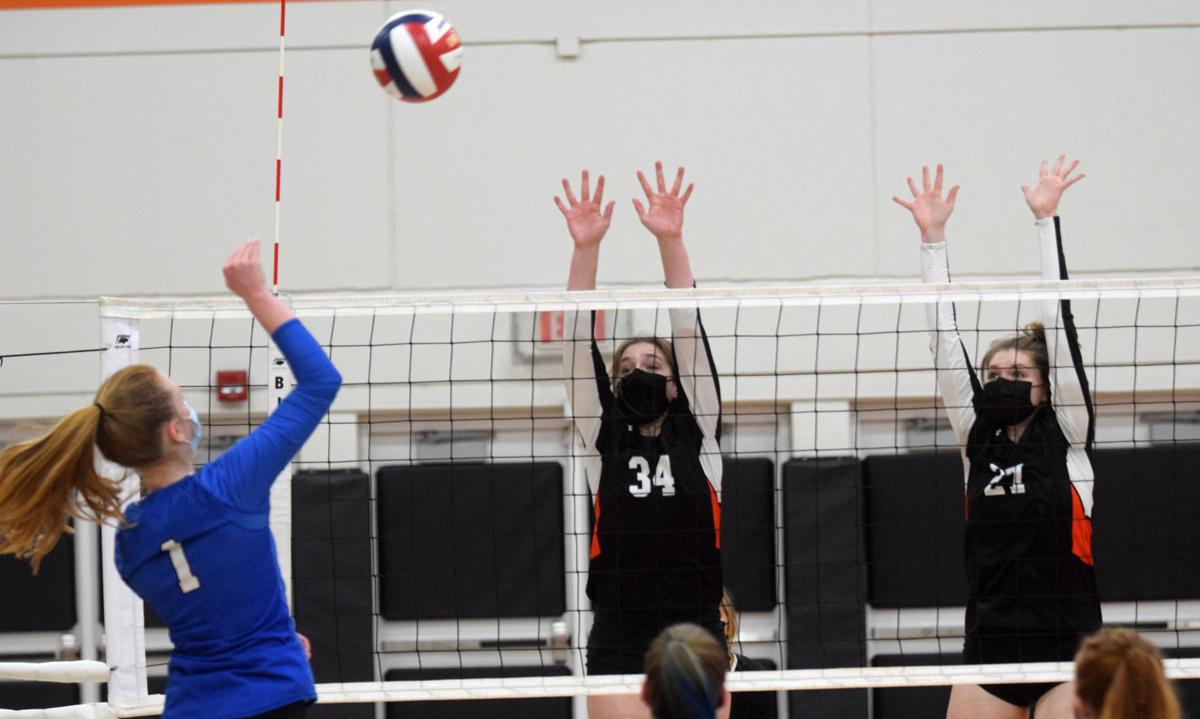 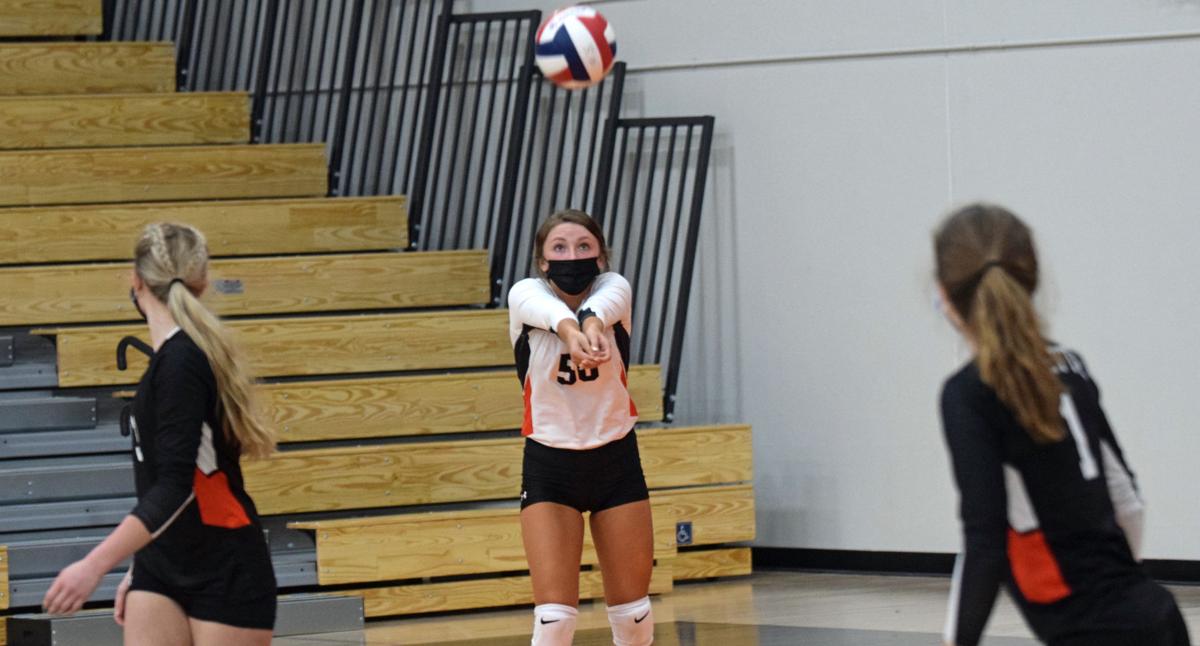 POYNETTE — It’s no secret that when the postseason nears, teams want to be playing at their absolute best.

The Poynette volleyball team gave a clinic on just that Monday night. Coming off three consecutive losses, the Pumas put together their best game of the season, grinding out a 25-21, 25-21, 25-23 sweep over New Glarus in a Capitol Spring Conference game at Poynette High School.

Junior Rachel Yelk notched 14 kills while junior Emma Romack doled out 21 assists to help Poynette finish off a season sweep over the Glarner Knights and pick up their first sweep victory of the season. It was certainly a special way to ring in Senior Night, but nothing Poynette coach Janeen Hutchinson didn’t expect.

“This was big for us, but this is how I know the girls can play when they put it all together,” she said.

The Pumas (6-5, 6-3 Capitol Spring) undoubtedly put everything together to put away the Glarner Knights. Nursing a 2 sets to 0 lead, the Pumas took a 16-11 lead midway through the third set following a pair of Yelk kills and a Glarner Knights hitting error.

New Glarus (6-5, 5-5) didn’t go away quietly however as it responded with a 9-2 run, including a pair of aces by Alexah Mellenberger and kills by Grace Nommensen and Lindsey Schadewalt, for a 20-18 lead. The teams then traded the lead with a Nommensen cross-court kill putting New Glarus in front 22-21.

It was the Glarner Knights’ final lead of the night however as Yelk took over with three of the final four Pumas points, including the game winner after a Poynette service error for the 25-23 win.

“We just had to not think about what they were doing; stay calm on our end, focus on how we can keep them on defense and just go for the kill,” Yelk said.

The Pumas put that persistence on display earlier in the second set as they again needed to rally past the Knights’ advances. After leading by as many as four at 13-9 following a tip kill from junior Aubrey Chalgren, Poynette allowed New Glarus to go on a 10-3 run, including a pair of Mellenberger kills, for a 19-16 lead.

The final surge belonged to the Pumas though as they proceeded to close the set on a 9-2 run. Poynette was aided by some New Glarus errors, but got a kill from senior Peyton Kingsland and aces from Romack and senior Kaitlyn Priske, with the latter’s being the final point of the set.

“The girls really did a great job of staying positive; even though we were down on the scoreboard, they were never down,” Hutchinson said.

The opening set was a precursor to the rest of the match with a seesaw first stanza. Neither team led by more than three throughout the much of the action before tying at 14, 15, 16 and 17. The 17-all deadlock, sealed by a Leah Hutchinson kill, was the final tie of the set as Yelk swung momentum Poynette’s way with three straight aces following the Hutchinson putaway for a 20-17 lead.

The Glarner Knights got as close as two at 22-20, but Kingsland and Chalgren answered with consecutive kills before New Glarus sent a kill attempt out of bounds to seal the win. Along with her offense, Yelk tallied 13 digs and a team-high five aces, thriving in her usual outside hitter role after a spell at libero last week.

“Rachel has really stepped into her role on the outside and she’s really doing a great job at finding the holes in the defense,” Janeen Hutchinson said.

Poynette as a whole found the weak spots in the New Glarus half, something Yelk and Janeen Hutchinson said the team really focused on in the last week. Coupled with Yelk and Romack, senior Liv Radewan had a team-high 19 digs while Leah Hutchinson had four blocks.

The Pumas, who vaulted into first place of the league standings after Belleville’s 3-2 loss to Wisconsin Heights on Monday, will get meet the Wildcats in a rubber match on Thursday. That game will be Poynette’s final tune-up before Saturday’s WIAA Division 2 regional at Madison Abundant Life.

The Pumas received the No. 3 seed and will meet No. 2 Wisconsin Heights (2-3) in the second of the two regional semifinals. The Vanguards got the better of Poynette in the teams’ first meeting with a 3-0 sweep, and while the Pumas aren’t looking ahead, a positive result against the Wildcats would be huge for Janeen Hutchinson and Yelk.

“A conference win for us is huge right now, and hopefully it’s going to keep us on an uphill streak throughout the rest of the week and Saturday, too,” Yelk said.

“We have to go into every single game with the mindset of ‘we’re going to power through.’ That’s what we’re going to need to do against Heights,” Hutchinson added.

POYNETTE — With just two weeks of the regular season remaining, the Poynette and Columbus volleyball teams find themselves in very different p…

The pain of having a season end isn’t foreign to sports.

MONTELLO — After getting in eight games this past fall, the Montello volleyball was forced to cancel the remainder of its season due to COVID-…

MONTELLO — As important as a strong start is, it’s almost doubly vital in how you finish and the Montello volleyball team showed a bit of both…