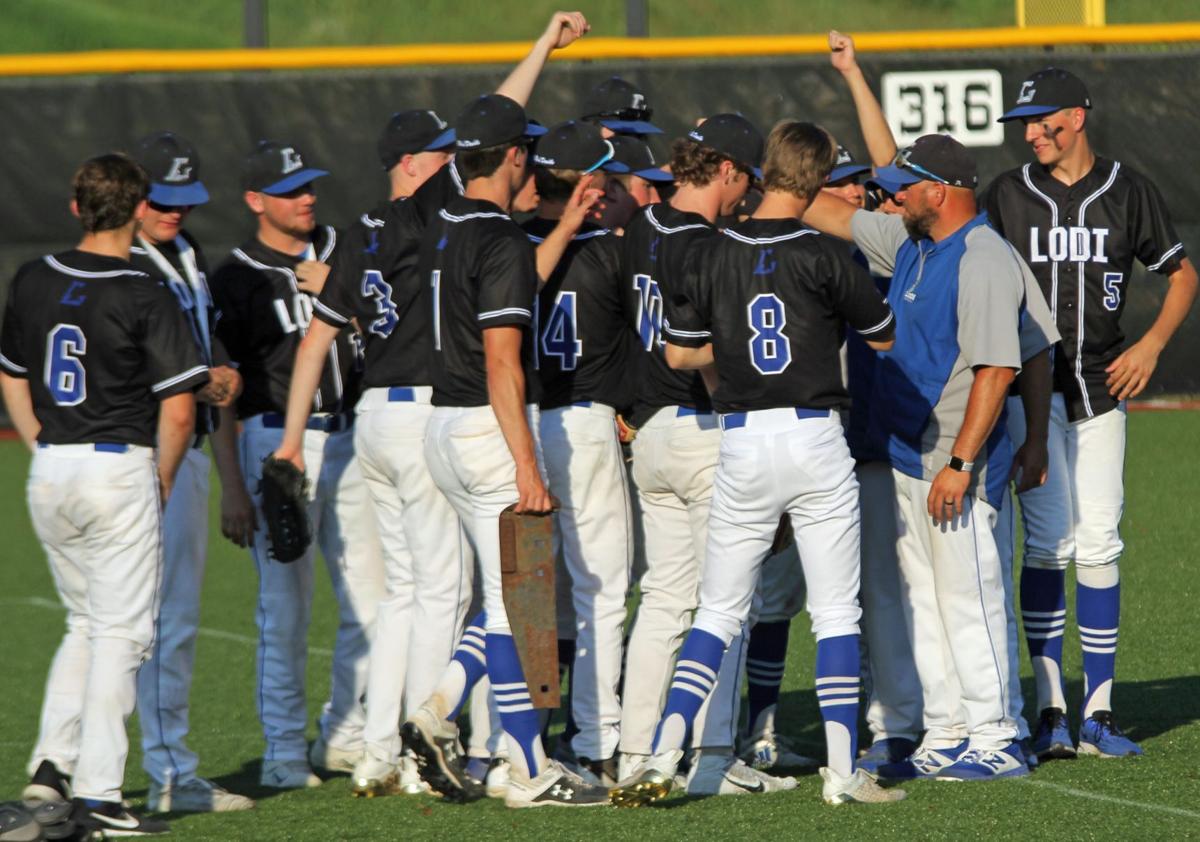 The Lodi baseball team breaks it down after claiming a 3-2 win at Wisconsin Dells in Thursday's WIAA Division 2 regional quarterfinal in Wisconsin Dells. 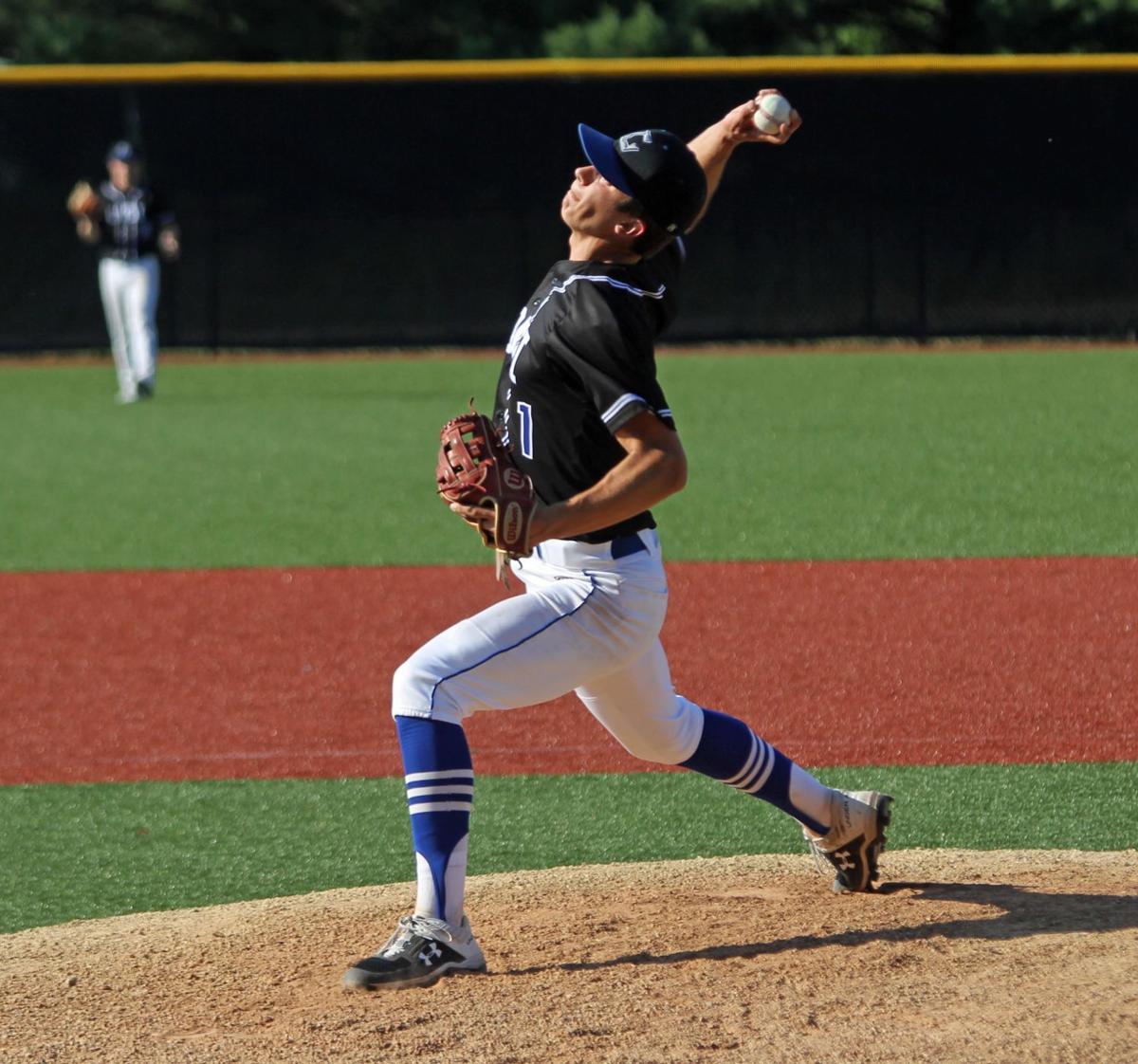 WISCONSIN DELLS — Rodney Curtis is used to pacing up and down the dugout when his team’s in the field.

“Not that long ago, I’d be standing up in the dugout, pacing, wandering, drinking water even if I’m not thirsty,” Curtis said. “Now, I don’t know if it’s me getting older or our pitching staff, but I’m calmer.”

That’s not to say there aren’t tense moments. But Curtis and his players tend to find a way to come out on top in close games.

“I don’t like close games, and I don’t know if they like them, but it’s a situation that we’re going to come out ahead in most of the time just because of our pitching staff,” Curtis said. “And we didn’t even have to use one or two of our guys that also flourish in those situations. I’m not comfortable with it, but I’m confident in that situation.”

That confidence was crucial Thursday night, as Lodi — which averaged 11.0 runs per game in its three-game winning streak to end the regular season — struggled to get much going against Wisconsin Dells starter Matt Getgen.

“Last week we had 13, 12, eight runs, so I didn’t expect three runs tonight,” Curtis said. “But that’s just how baseball is sometimes. A lot of teams are going to struggle in that situation because they don’t have the staff that we do. A lot of teams go into games expecting to give up four, five, six runs. We go into games expecting to give up no more than two most of the time.”

The Chiefs (6-12) got on the board first. Jacob Rockwell got it started by doubling to left-center field with one out in the bottom of the third inning. Rockwell advanced to third on a wild pitch, then scored on Will Michalsky’s sacrifice fly to left field.

Possehl ended the damage there, inducing a groundout to shortstop Brady Ziegler, who fired it to first to end the inning.

Lodi (11-10) immediately answered, as the first three Blue Devils to step to the plate against Matt Getgen in the top of the fourth reached base. Melchior walked and Carson Richter singled to right field to put runners at first and third for Mitchell Lane. The first baseman bunted back to Getgen, reaching on an error that allowed Melchior to score.

Getgen stranded two runners on base, as Wisconsin Dells ended the inning when catcher Brooks Slack picked a runner off at third.

Getgen drew a walk to lead off the bottom of the fourth. He advanced on a Jace Knetter sacrifice bunt, then scored on a Deegan Jensen single to right field.

Lodi broke the one-run pattern by putting up a pair in the top of the fifth. Keegan Fleischman and Ziegler were were hit by pitched before Possehl hit a run-scoring fielder’s choice to the left side of the infield. Wisconsin Dells shortstop Braden Buss secured the out at first, allowing Fleischman to score to tie the game at 2. Melchior followed with an RBI double to right field that gave the Blue Devils a 3-2 advantage.

Wisconsin Dells threatened in the bottom half, putting a pair of runners on as Jared Nevar was hit by a pitch and Rockwell bunted for a single. But Melchior came on in relief and struck a batter out before picking a runner off at second base to get out of the fifth inning.

“That hurt us bad because we had our No. 3 hitter up to bat,” Wisconsin Dells coach Mike Michalsky said. “We had No. 2 and No. 3 up with one out, and then No. 2 made an out so we had two outs and first and second, so getting picked off hurt.”

Both teams went down in order in the sixth, including Melchior striking out the side to get the Blue Devils three outs away from advancing. He faced the minimum again in the bottom of the seventh, ending the game with a strikeout before the Blue Devils flowed onto the field in celebration.

“We’ve just gone through a little bit of a period here where we haven’t been hitting the ball very well the last couple games,” Michalsky said. “But Lodi pitched well, they played well and they made the defensive plays. We needed a few more timely hits.”

Possehl had four strikeouts while allowing three hits, three walks and two earned runs in 4 1/3 innings. Melchior struck out five and allowed one hit in a scoreless 2 2/3 innings.

“We’re five deep, if not six,” he said. “A lot of strikes. Changing speeds. And we have experience. Our top three are seniors, they all started as sophomores, they all understand situations and they’ve all been playing baseball for a lot of years.”

“I would expect to have all the horses in the stable,” Curtis said of his pitching staff as they get deeper in the playoffs.”

The Lodi baseball team breaks it down after claiming a 3-2 win at Wisconsin Dells in Thursday's WIAA Division 2 regional quarterfinal in Wisconsin Dells.