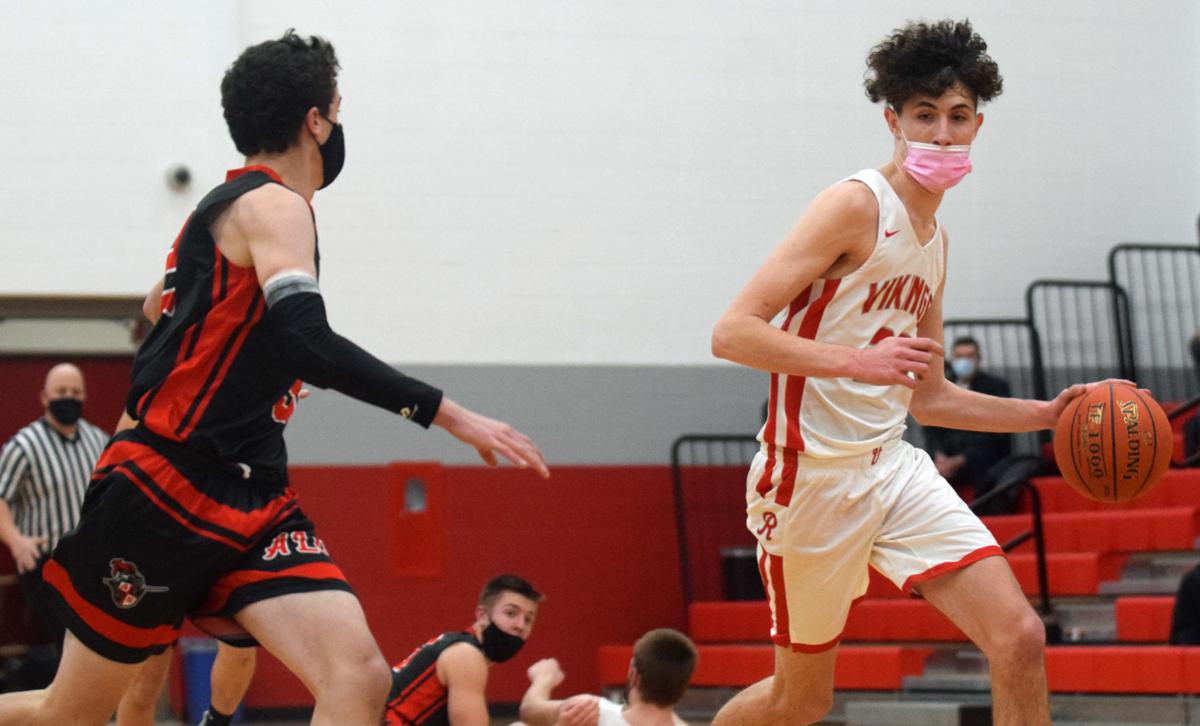 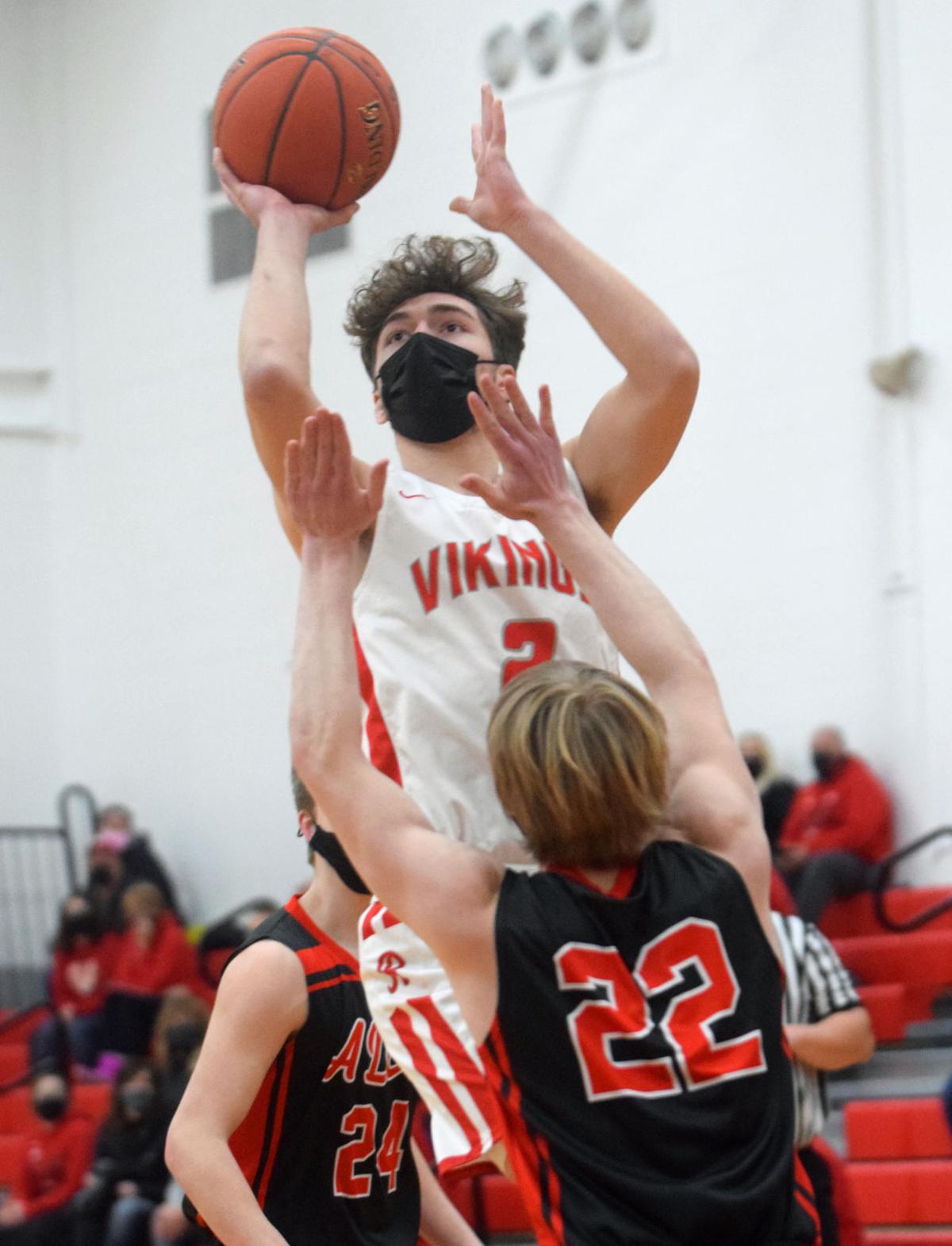 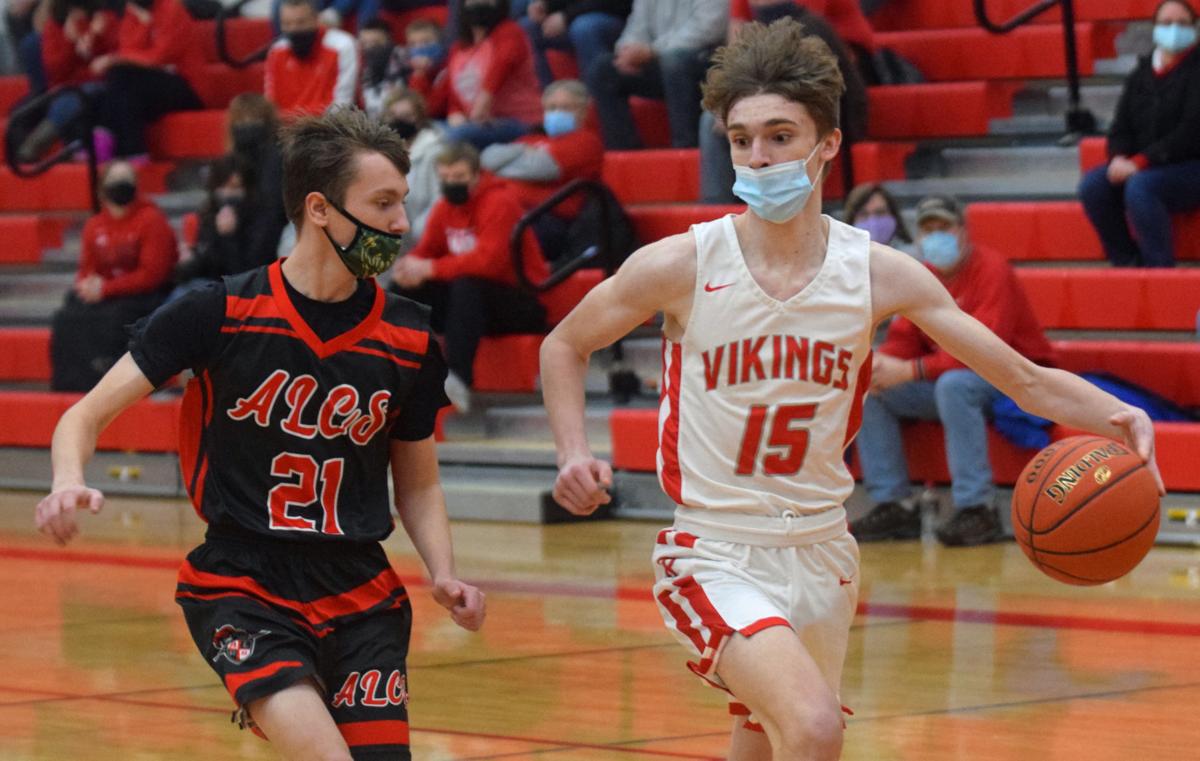 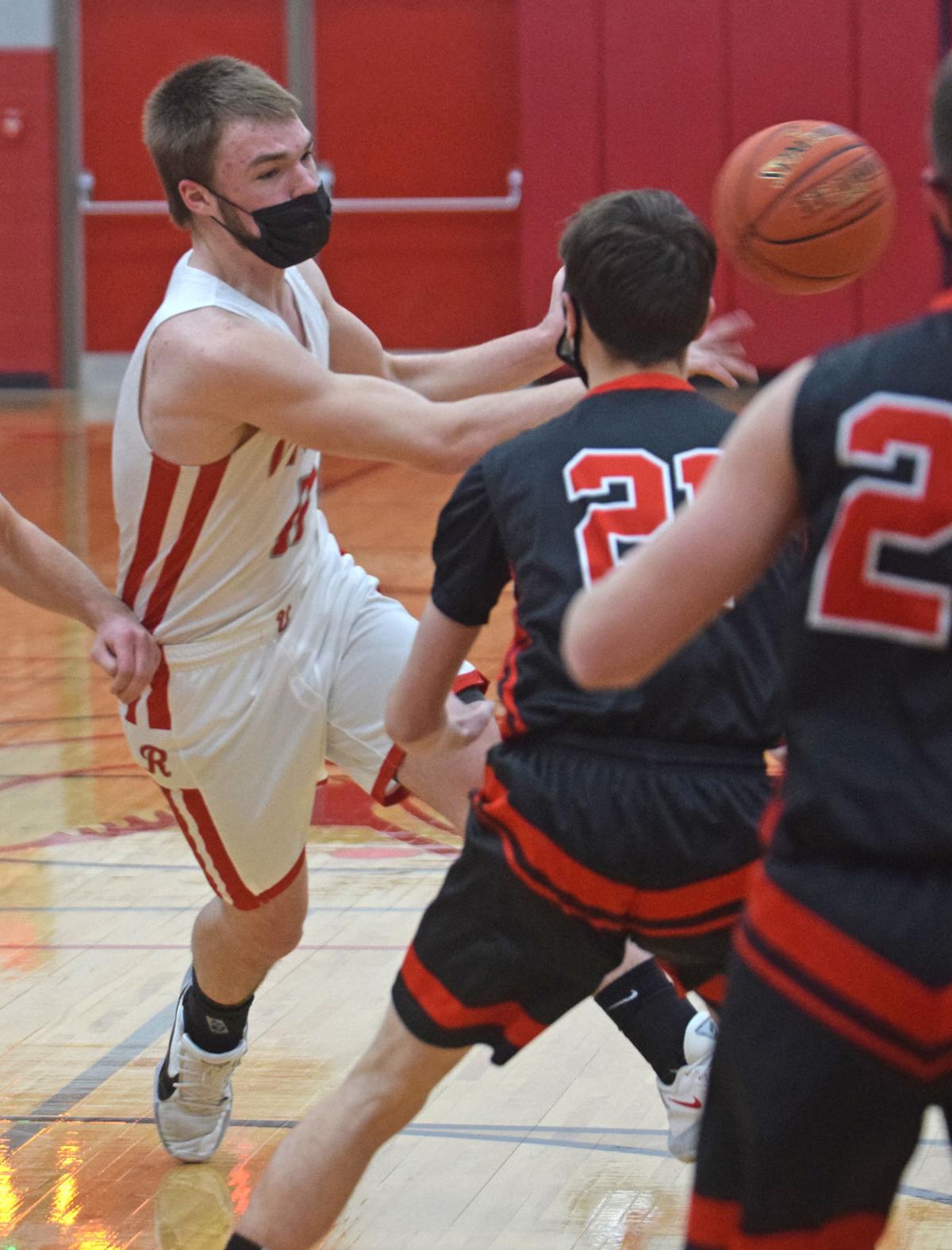 RIO — Down the home stretch of the regular season, Rio boys basketball coach Tim Struck and his staff put an emphasis on “Throwing the first punch.”

It’s a fitting metaphor given the heavyweight fight-like atmosphere that comes in the postseason. In their opening round Tuesday night, the third-seeded Vikings delivered a strong right hook early on and rode it to a 55-37 win over Madison Abundant Life/St. Ambrose in a WIAA Division 5 regional quarterfinal at Rio High School.

Senior Pierson Schneider scored a team-high 15 points to help power Rio past the No. 6 Challengers and into a regional semifinal rubber match with No. 2 Cambria-Friesland on Friday.

“It felt good playing the last game on this court. Hopefully we can go into Friday with some momentum and see how it goes from there,” Rio senior Jacob Rowe said.

“It’s going to be a tough game because they know us so well, we know them and one of our seasons is going to end,” Schneider added.

The Vikings (15-6) extended their season one more game behind a strong start — and later close — to the first half. While not shooting the lights out early on, Rio locked down the Challengers (3-6) defensively during an 11-0 run over the opening eight minutes of the game.

Rowe, who added 10 points, got a putback and layup to fall before Schneider buried a straight-on 3-pointer and a mid-range jumper. Junior Cody Bartelt, who also broke double figures with 11 points, finished off the opening stretch with a runner with 10 minutes, 25 seconds played.

“We haven’t done that all year, not every game, but tonight we did,” Struck said. “Offense starts with getting stops and getting that momentum and rhythm, and tonight, we had energy coming down from the defensive end and it bled into the offense.”

The Challengers (3-6) ultimately found their footing and pulled within 18-9 on an up-and-under reverse layup by Jonathan Loomans with seven minutes to go until halftime. The close to the half belonged to the Vikings, however, as Rio finished the opening 18 minutes on a 12-2 run.

Schneider sparked things with an old-fashioned three-point play while Gavin Grams added three points, including the capping free throw that gave the Vikings a 30-11 lead at the break.

“It was huge going into halftime,” Rowe said of the closing stretch. “We needed the momentum, we got it and it set up the rest of the game.”

That momentum carried over into the start of the second half as Rio opened on a 8-3 spurt, capped off by a triple from junior Dylan Freeman from the top of the key with 14:25 to play. But the Vikings went cold from there, going scoreless the next three minutes before Rowe got a floater to fall with 10:50 to play.

Despite the offensive struggle, Rio’s defense kept the Challengers at bay and the Warriors eventually stretched the lead back out to 50-31 with 4:38 to go behind a Rowe layup. Abundant Life/St. Ambrose kept pushing, ultimately inching within 51-35 with just over three minutes remaining, but it was too little too late.

Brent Schmiesing led Abundant Life/St. Ambrose with 11 points, but Rio’s defense held all but one other Challenger to six points or fewer. Still, the final minutes left Struck with more to be desired.

“We may have looked ahead at times,” he said pointing to the match-up with the Hilltoppers. “But you have to finish games.

“I wasn’t necessarily happy with the moments closing out that game, but you have to learn from it. If it’s easy, it wouldn’t be worth doing; it got tough at times and we had to work, but hopefully that builds into that character.”

“It was a great practice game because Cambria is going to bring the same pressure and energy, so it’ll help us going forward,” Rowe said.

The win also give Schneider another chance to join Rowe in the 1,000 career point club, needing only 15 to do so. Regardless of that comes to fruition, there’s bigger things at play.

“That’s a personal goal of mine, but the main goal is to win and keep the season going,” he said.

The wait was long but the reward was certainly sweet for the Westfield girls basketball team on Saturday.

Madison Edgewood’s Al Deang had just made the first of two foul shots with six seconds left, giving the Crusaders a two-point lead in Saturday…

The Reedsburg boys basketball team didn’t let it go down to the wire this time.

A rivalry game usually brings the best out of teams, especially when something more than bragging rights are on the line.