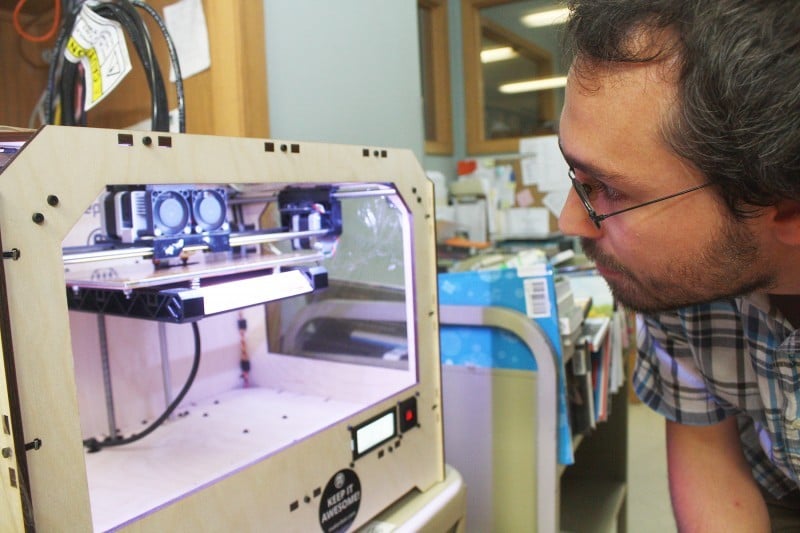 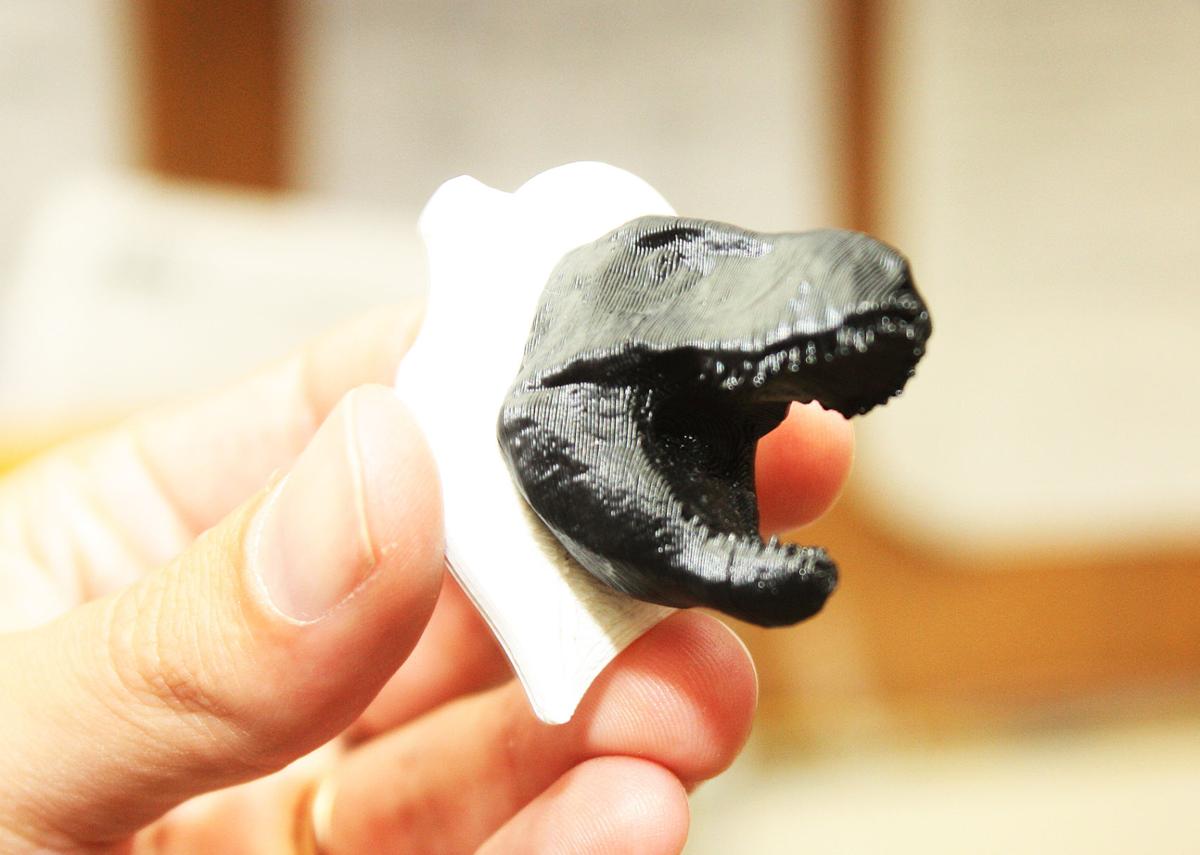 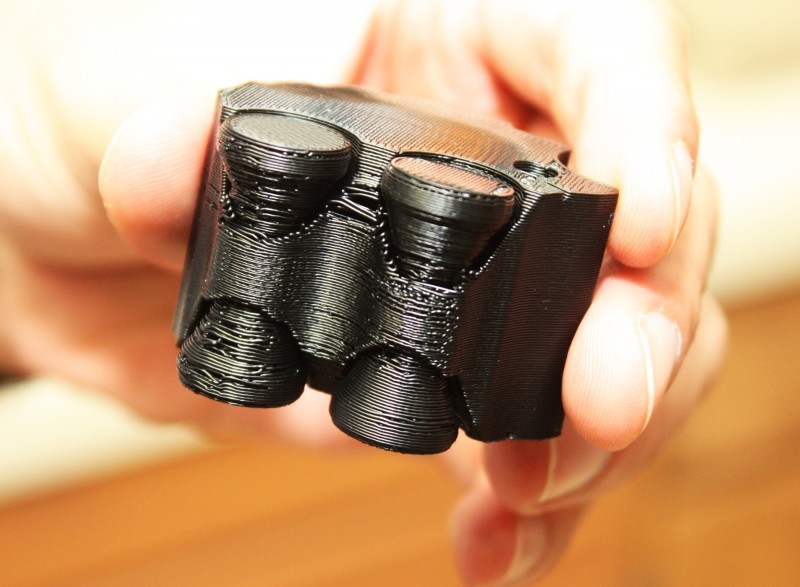 The 3-D printer is capable of making multiple objects, such as this rolling hedgehog.The library’s new 3-D printer soon will be available for public use.

SAUK CITY — When the Sauk City Public Library purchased a three-dimensional printer, the library’s director didn’t envision it as just a cool new piece of technology for the small-town library.

He saw it as an entirely new direction.

“In five to 10 years more people will be reading e-books than traditional books,” said Ben Miller, who took over as Sauk City’s library director in 2010. “We’re looking at moving to across-the-board creation rather than consumption.”

The Sauk City library has had the new 3-D printer for a month and might be the first public library in the state to purchase one. Miller will unveil the printer to the public in a grand-opening display at 6 p.m. Thursday.

He said he wanted to take a month and familiarize himself with the printer, which melts strands of plastic and shapes them into small 3-D objects from a digital model.

Miller said the $2,000 printer is part of the library’s new focus on transforming the library into a community place for people who want to create. One of the first things he did when he was hired as the library’s director was form a community club for people interested in learning to program simple, open-source computer boards.

“The library is not about books. It’s about ideas,” Miller said.

Kristin Eschenfelder, director of the School of Library and Information Studies at University of Wisconsin-Madison, said libraries have always been about more than books.

For small towns in particular, she said, libraries have long been “small development resource centers” where people have access to expensive databases they couldn’t otherwise afford as well as computers, copiers and the Internet.

According to a 2012 report by the American Libraries Association, 62 percent of libraries reported they are the only source of free computer and Internet access in their communities.

“The addition of equipment like a 3-D printer will be an offshoot of that,” Eschenfelder said. “If your public library has one, you get shared use of it just as you would get a shared source of the Morningstar report.”

According to the American Library Association, the number of U.S. libraries lending e-books nearly doubled over the past five years climbing from 38 percent in 2007 to 67 percent in 2011.

In January a poll by the Pew Internet and American Life Project found that 28 percent of Americans own an e-reader or table — up from 2 percent three years ago. At the same time, book publishers have limited the libraries ability to digitally lend books.

Three major publishers, including Simon & Schuster, have refused to sell e-books to libraries for lending. Last year Penguin said it would no longer make its new e-books available to libraries and HarperCollins restricted the number of times libraries can lend e-books to 26 before they have to be repurchased.

While public libraries could still end up being a crucial public repository of whatever shape new media takes, it’s also clear how they look and serve their communities will change.

“We try and prepare (our graduates) to work in an environment of change,” Eschenfelder said. “They’re not moving into an environment where it’s a set routine. It’s much more of an entrepreneurial environment you have to constantly be networking with your community to find what kind of needs might be served.”

Miller said there are numerous applications. The printer is useful for creating miniature knickknacks — Miller is fond of a Tyrannosaurus rex bust he made — and more practical uses, such as replacing small plastic parts that have broken on household items and are difficult to order.

Firefighter Springsteen reported to swear in. Then his dad and mom showed up.

Bruce Springsteen's son was sworn in this week as a firefighter with the Jersey City Fire Department: "We're very proud," said The Boss.

Owen Colley says he is making clay koalas to raise money for Australian wildfire relief because "helping animals is better than watching TV."

With the help of new technology, it was learned that two Amish families' children who died suddenly all had inherited the same genetic mutation.

An opossum, now named Scarlett, was found beaten with injuries "indicative of being struck with a golf club." Warning: This story contains graphic photos.

Carol J. Firari, age 59, of Lowell Township, went to be with her Lord when Heaven gained an angel unexpectedly on Saturday, Jan. 11th, 2020.

The 3-D printer is capable of making multiple objects, such as this rolling hedgehog.The library’s new 3-D printer soon will be available for public use.