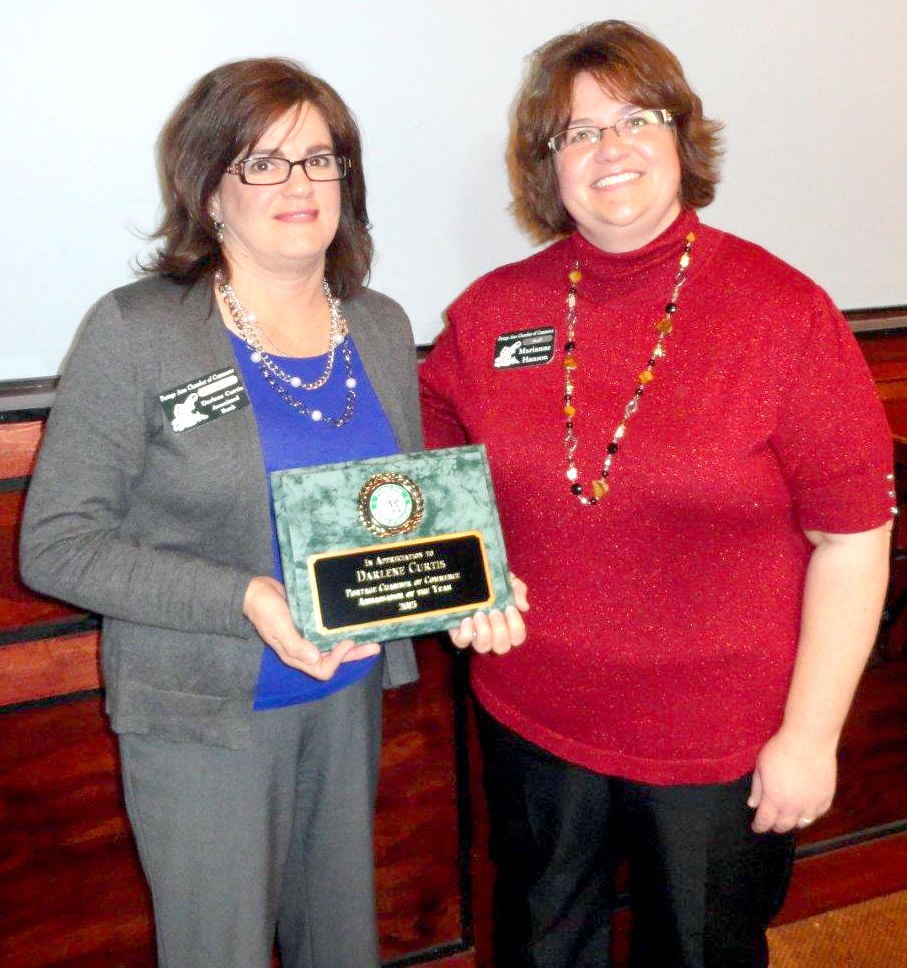 Portage Chamber of Commerce Executive Director Marianne Hanson awarded Darlene Curtis, left, of Associated Bank, with the Ambassador of the Year Award at the Chamber's Jan. 27 awards banquet at The Ballroom in downtown Portage. 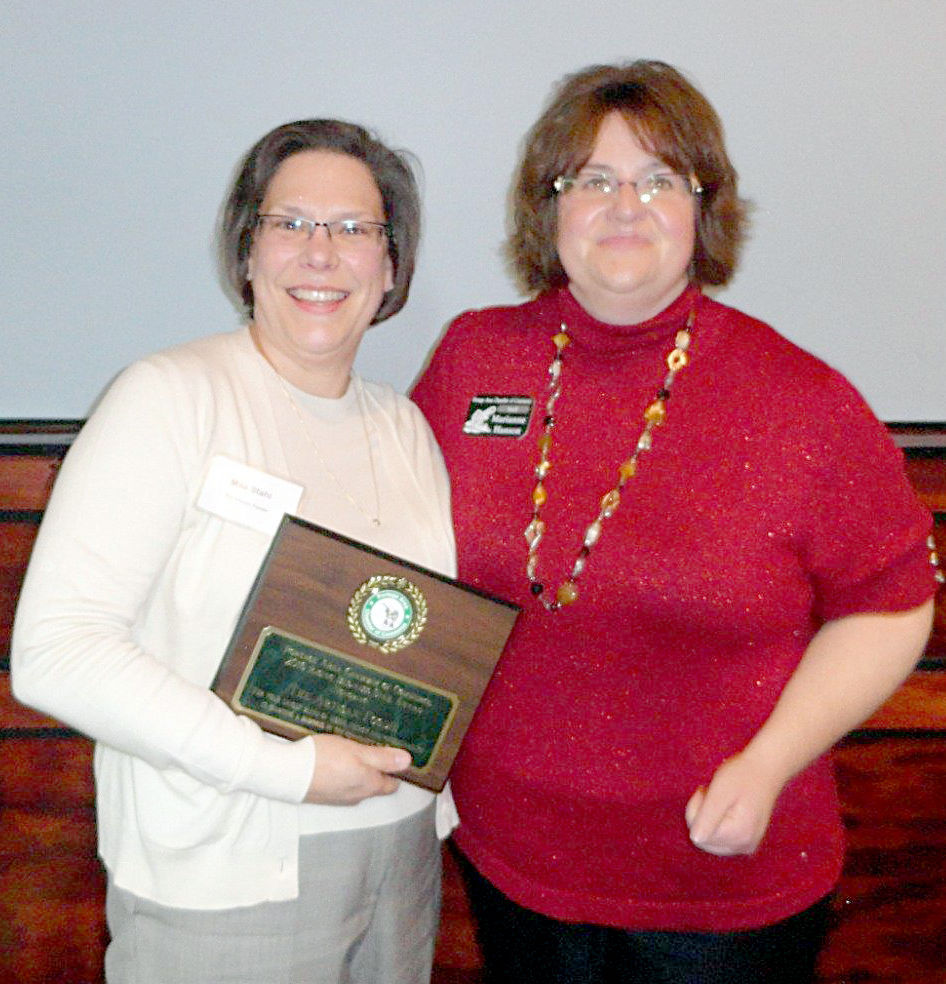 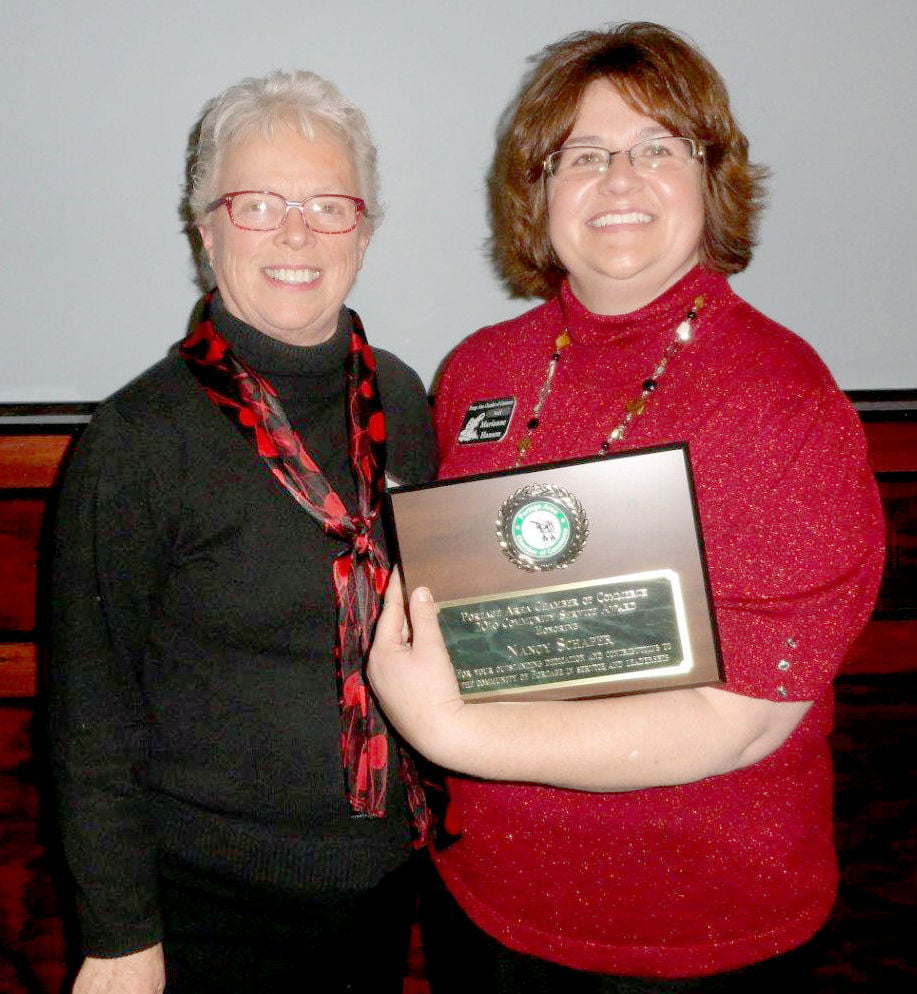 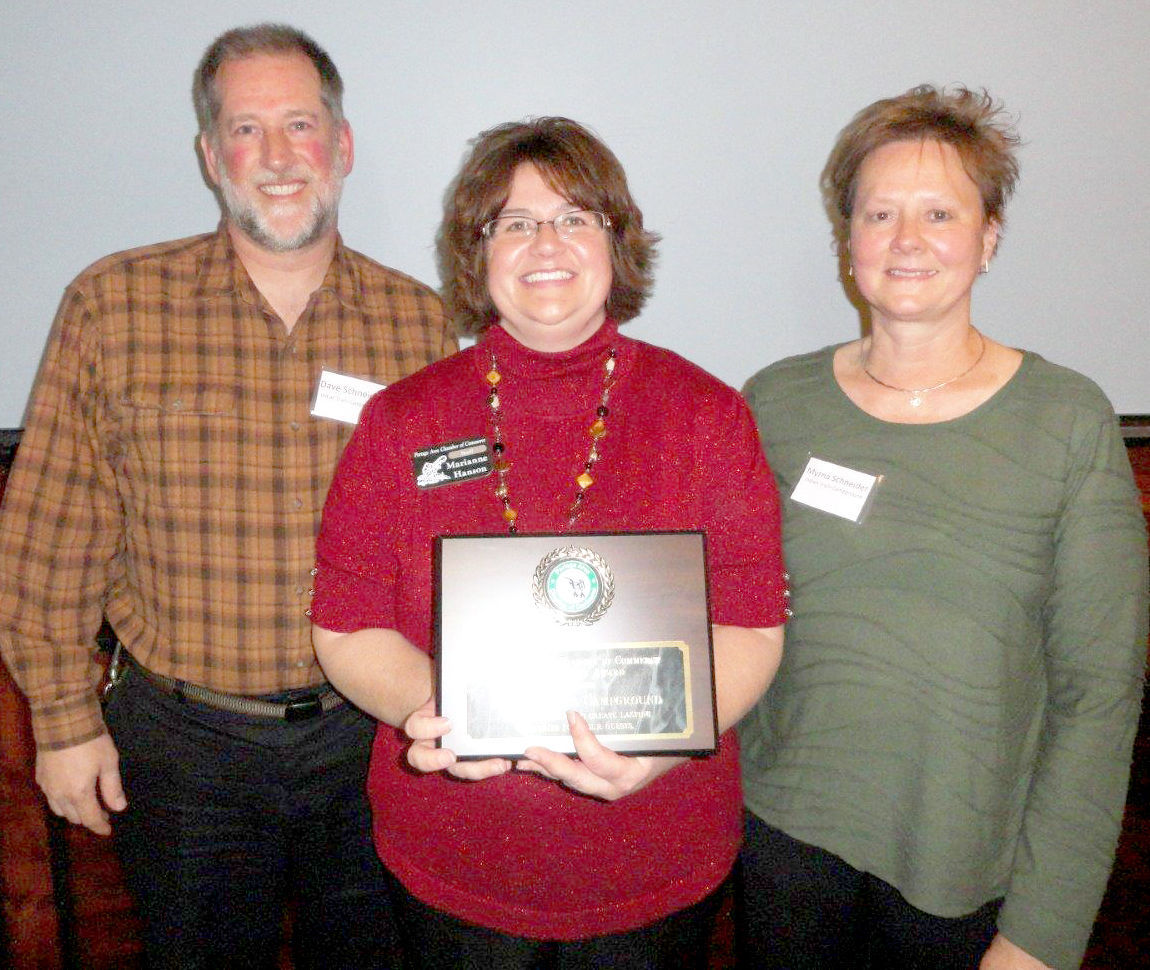 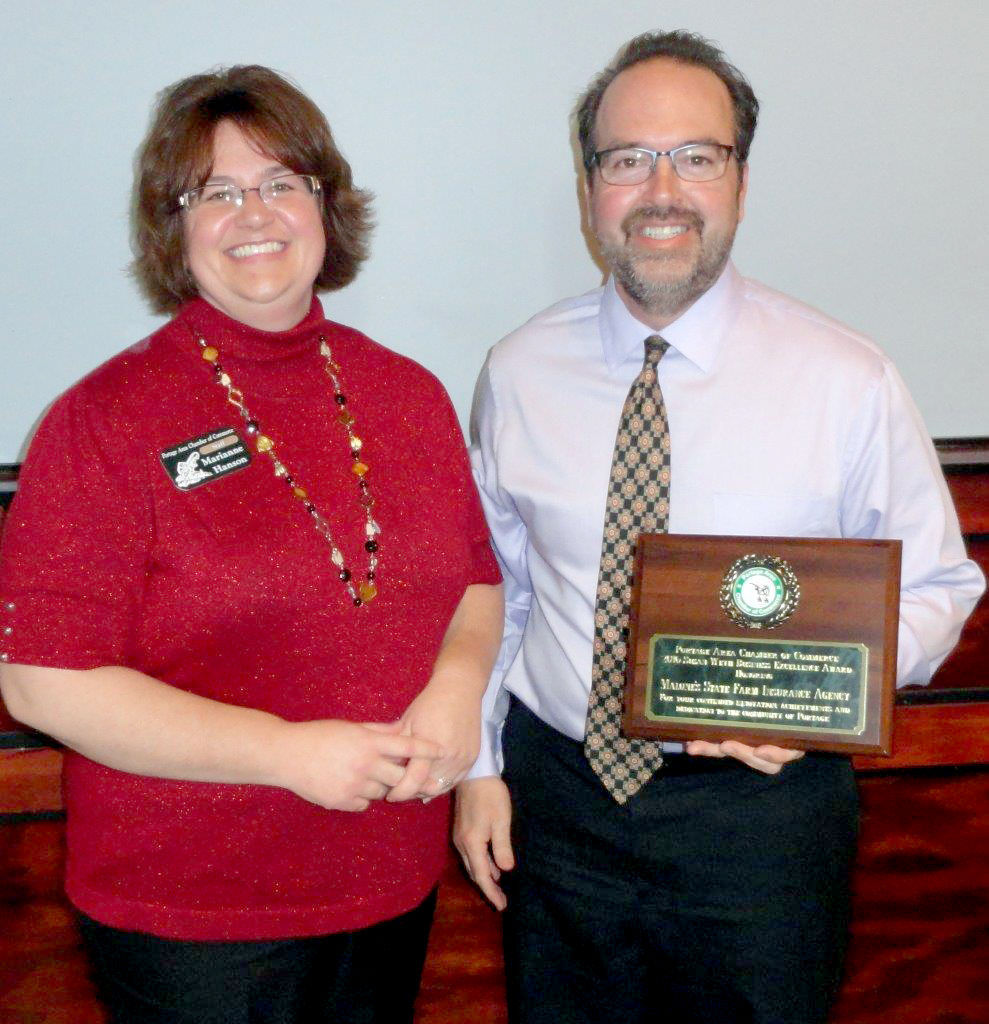 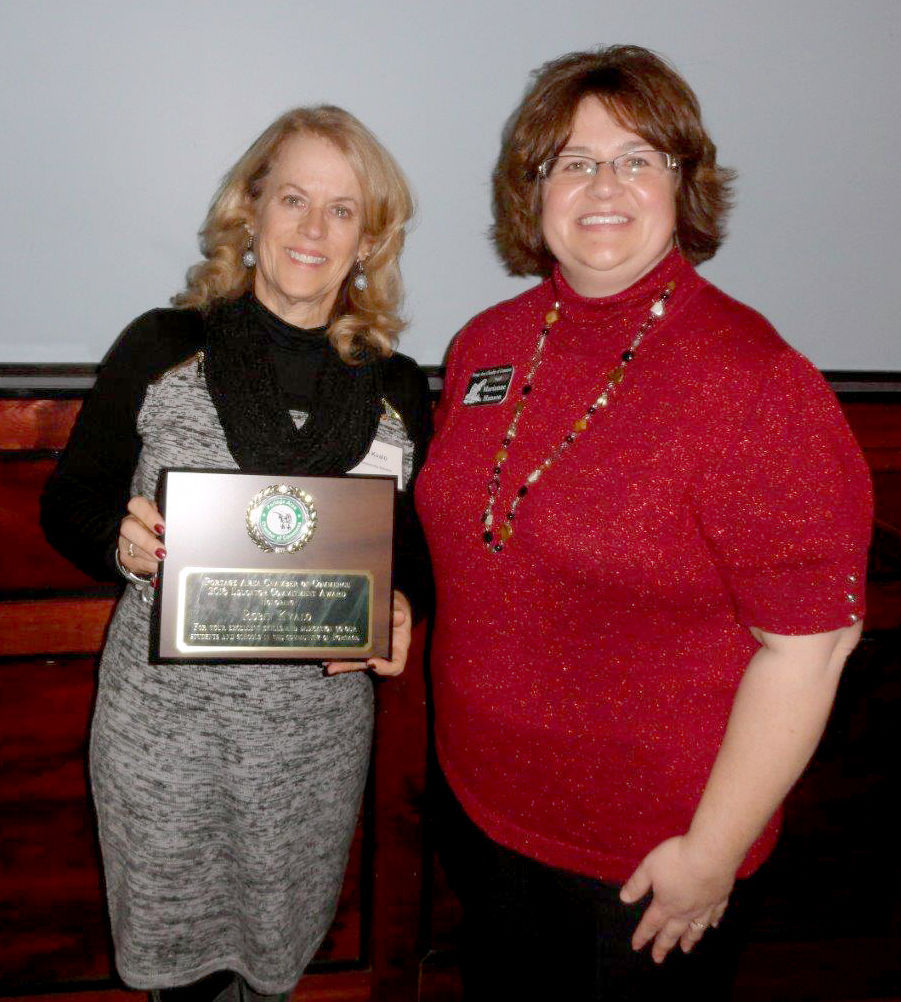 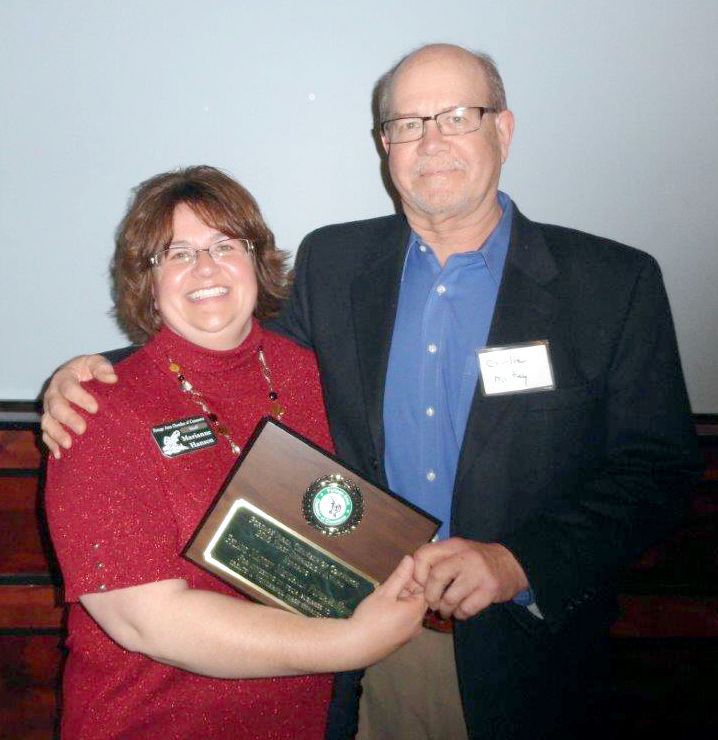 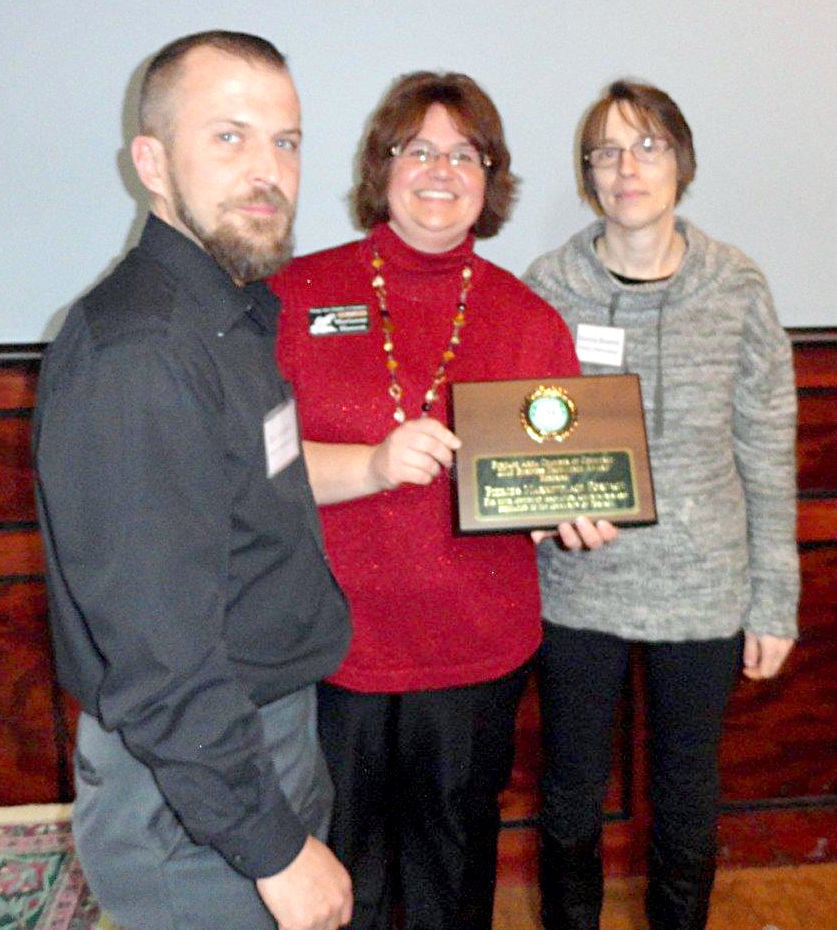 The awards recognized in both large and small business categories exceptional employers, innovative newcomers as well as individuals uniquely devoted to the community.

Pierce's Marketplace received the Business Excellence Award. This award recognizes a business with 20 or more employees. A business can earn this recognition by expanding, making capital improvements, hiring additional people or demonstrating leadership through support of Chamber activities.

The Susan Weyh Business Excellence Award was given to Malone's State Farm Insurance. The criteria for this award are the same as for the Business Excellence Award except that it is for businesses with fewer than 20 employees. This award was named after one of the Chamber’s biggest supporters, Sue Weyh, who died unexpectedly on Feb. 15, 2015, at the age of 45. At the time of her death, she was owner of a business with fewer than 20 employees, Maid Spotless. In addition, she was a presence in downtown Portage, with her party shop Hoop-La, which was open at 118 W. Cook St. from 2006 to 2010.

Mila Stahl of the Artisan Foodie received The Rising Business Star Award, which recognizes Chamber member entrepreneurs who have been in business less than three years but more than one year.

This year, the Community Service Award was given to Nancy Schaper. This award recognizes Chamber member businesses or individuals that have made an outstanding contribution to the Portage community in service or leadership.

Robin Kvalo received the Educator Commitment Award. This award is given to an educator, education program or administrative team in the Portage School District.

The First Impression Award recognizes a Chamber member business that has improved the aesthetic appearance of its property to create curb appeal. The business could have made noticeable improvements to their facade, remodeled and/or painted and updated landscaping. Pflanz Mantey Mendrala Funeral Home received this award.

Indian Trails Campground was awarded the Tourism Award, which recognizes a Chamber member business that excels in offering their visitors a superb experience.

Darlene Curtis of Associated Bank was honored as the Ambassador of the Year. Chamber ambassadors are professional volunteers who act as a liaison between the Chamber and its members. They are, in essence, a goodwill arm of the Chamber.

Portage Chamber of Commerce Executive Director Marianne Hanson awarded Darlene Curtis, left, of Associated Bank, with the Ambassador of the Year Award at the Chamber's Jan. 27 awards banquet at The Ballroom in downtown Portage.