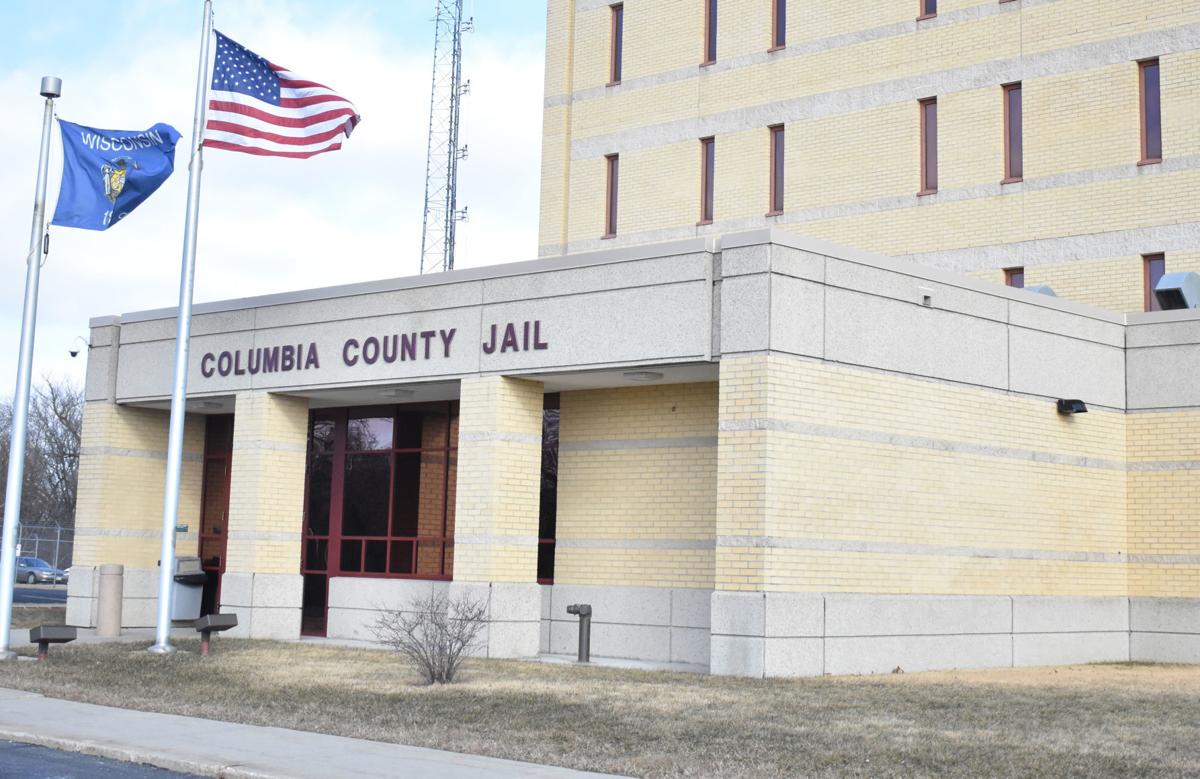 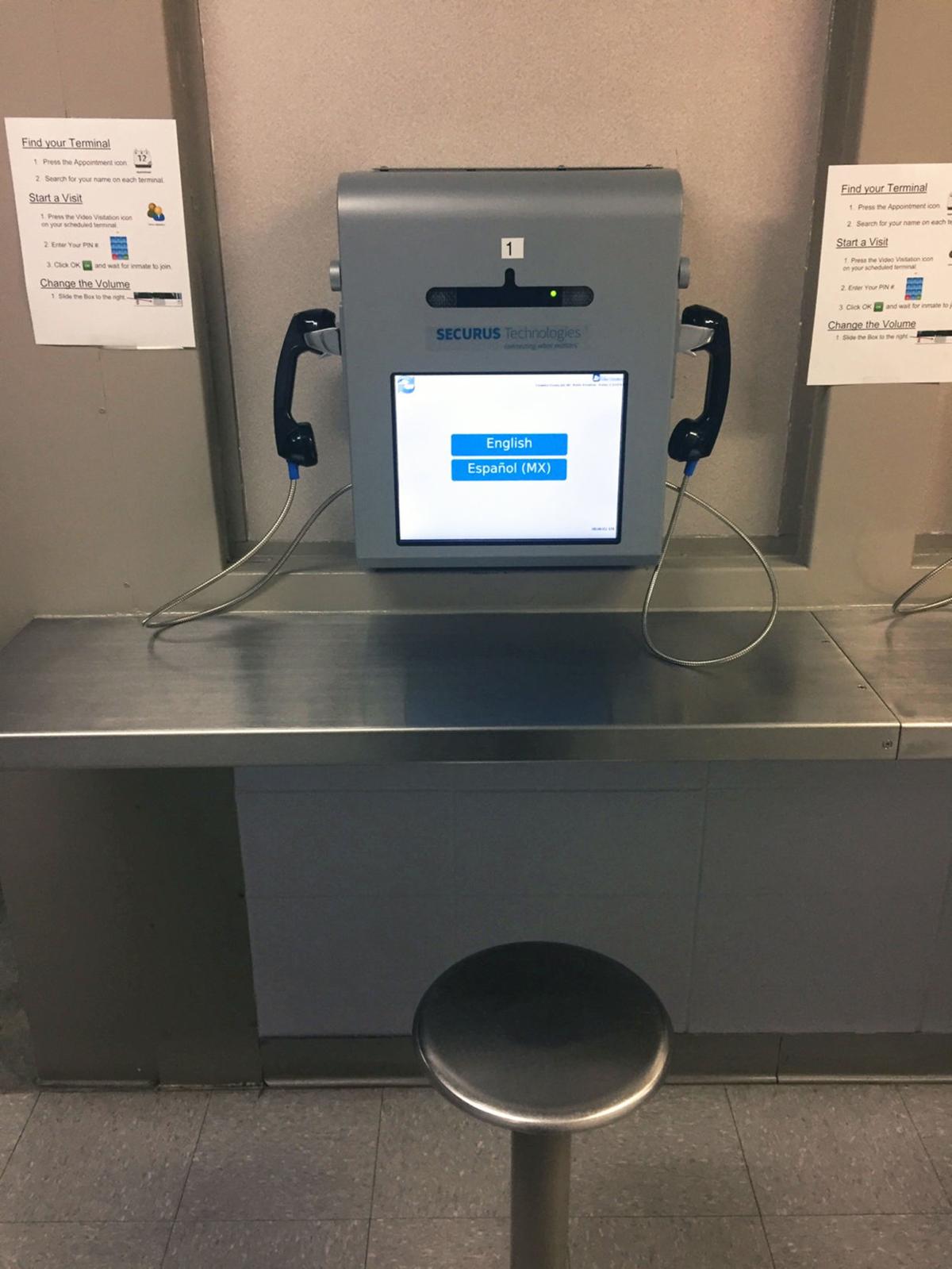 Families of Columbia County Jail inmates can now use their smartphone to contact their loved one and save an expensive trip.

Columbia County Sheriff Roger Brandner said Jail Sgt. Brian Kjorlie was the brains behind researching and implementing a new video visitation system that offers another more convenient method for inmates to speak to their families.

The new system went live last month, Brandner said, noting the jail staff had been looking at additional visitation options for a while.

“This is one of those better options,” Brandner said. “It’s already out there, and it’s pretty easy to operate.”

Families can still make traditional in-person visits to the jail and use the video and phone system there, Brandner said, but this new system offers one more avenue for families and inmates to connect. The new process is subject to the same limits on time and frequency of visits.

“We still allow that (traditional visitation), but we’re seeing more and more people take advantage of this video monitoring service,” he said.

Brandner said brochures with information about the new system were given to all inmates when it launched. 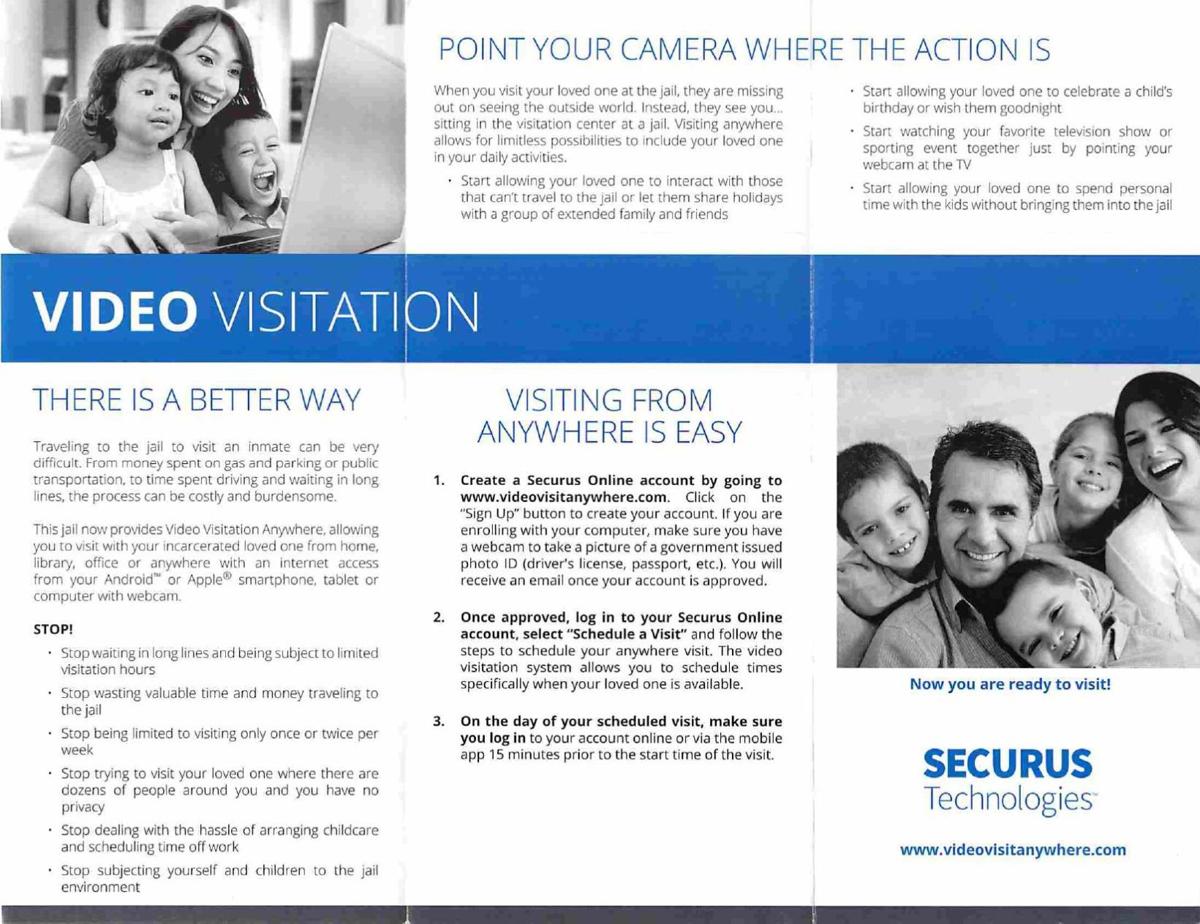 Brandner said a total of 134 inmates were held in Columbia County Jail as of Thursday afternoon.

At least 12,500 people are currently incarcerated in county jails in Wisconsin, according to the American Civil Liberties Union, which seeks a reduction in the number of incarcerated persons. Many people housed in jails have not yet been found guilty of crimes and are awaiting trials.

Video visitation also allows families to communicate more frequently with their loves ones, said Jade Trombetta, a manager for JPay, a company affiliated with Securus Technologies.

“It enables experiences that would otherwise be impossible, such as seeing a child’s first step, helping with homework or watching a best friend blow out birthday candles,” Trombetta said.

Brandner said some families of Columbia County Jail inmates don’t live in the region, and to visit the jail itself could mean a day-long trip.

He said the new video feature will save both families and authorities valuable time and money that would be spent on transportation. He added jail inmates are often held for a short time and that having contact with the outside world is important to them.

“The convenience of that is very helpful to us,” Brandner said.

Trombetta could not disclose the average cost of launching a video visitation system inside a county jail. But she said Securus and various affiliated companies “invest heavily” to conduct maintenance to ensure software and infrastructure at jails and other faculties functions well.

Brandner said his office worked out a deal with Securus to install the new system for free in exchange for letting Securus keep all profits for the first three years. After that term is up, Brandner’s office will use that income to help fund jail operations.

A video visit costs $5.95 and is required to be scheduled at least 24 hours in advance, he said.

In accordance with standard jail policies, all communication is recorded, Brandner said. A notice of this fact is offered to families and inmates who use the service.

Brandner said the jail staff has already heard from some families who say they appreciate the new video visitation service.

“It’s a win-win for everybody,” he said.

Wisconsin has the highest incarceration rate in the United States, according to the ACLU.

For more information or to sign up for video visitation through Securus and reach an inmate at Columbia County Jail, go to videovisitanywhere.com.

JUNEAU – Dodge County reported on Thursday that a third person has died in the county of COVID 19. 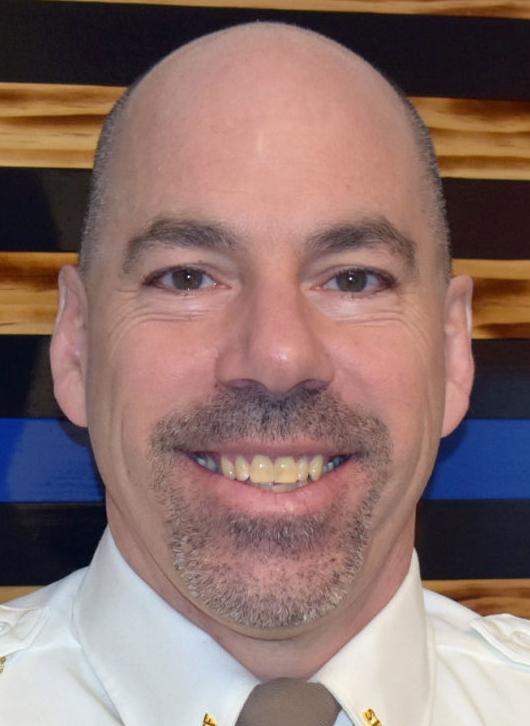