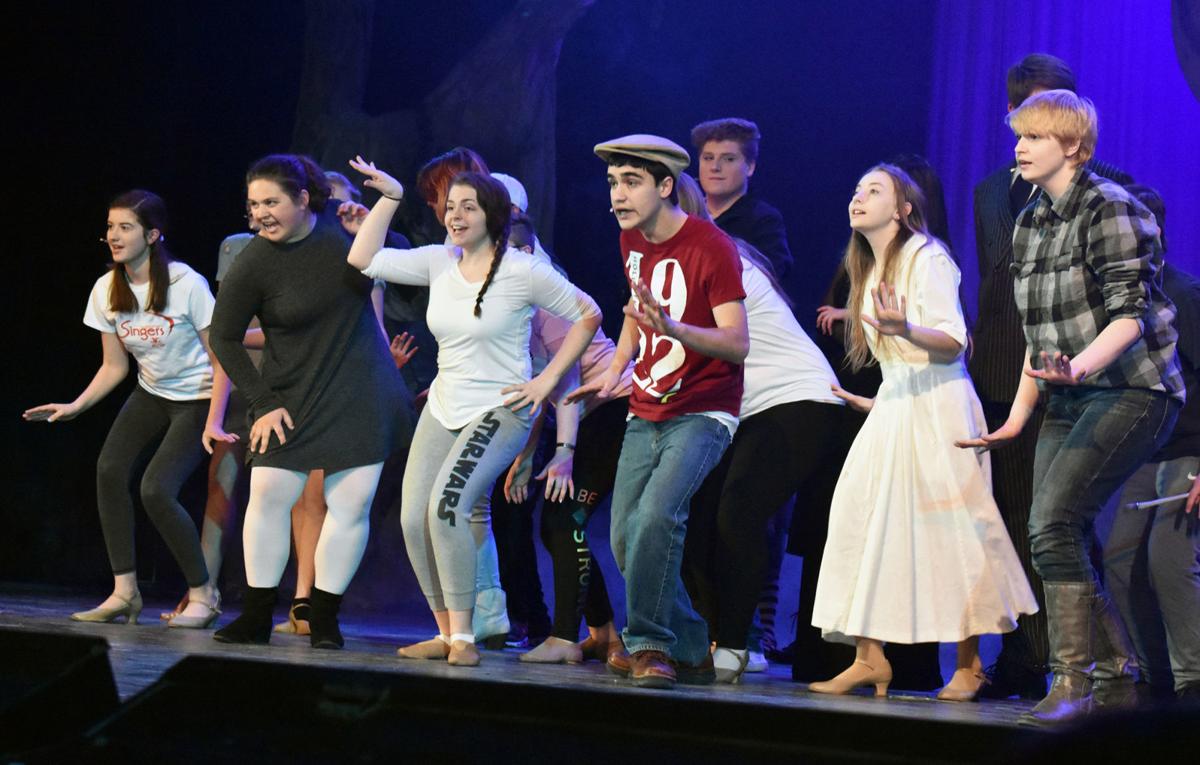 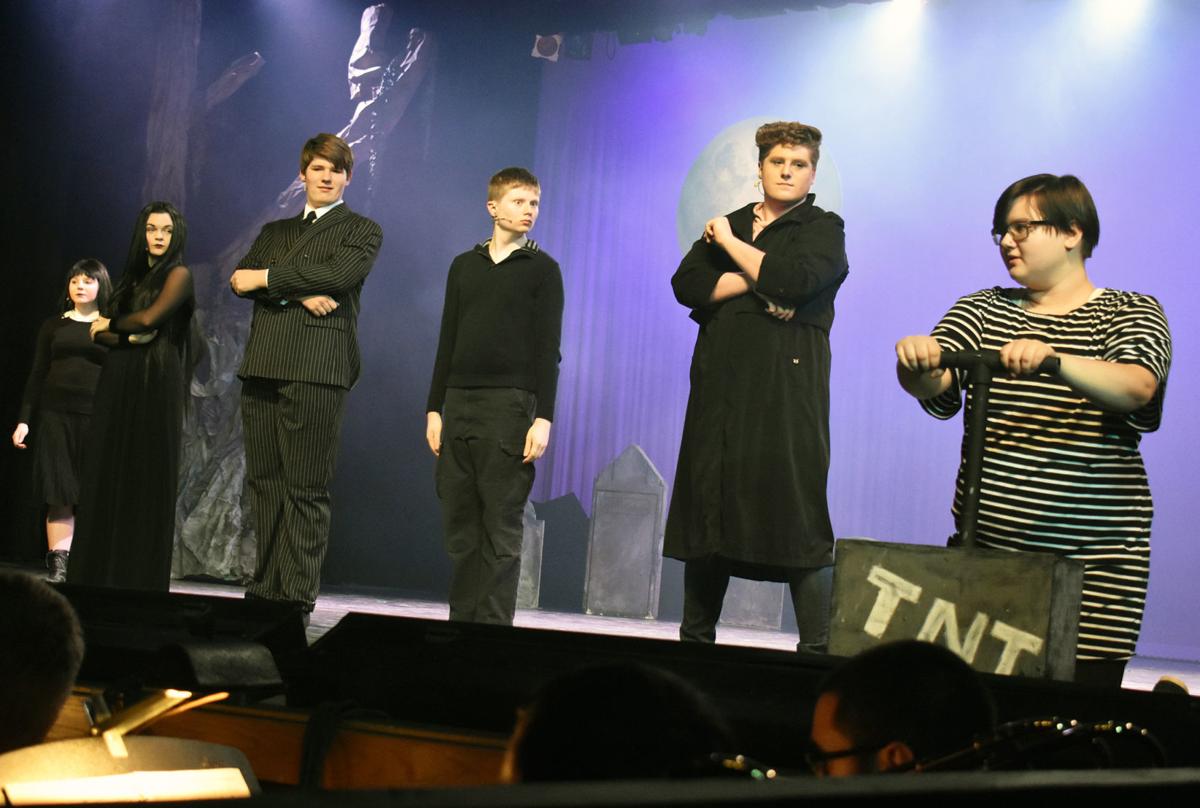 AJ DeSomer had his reasons for playing “Don’t Stop Me Now” by Queen for his classmates Thursday night at Portage High School.

This was one of his favorite songs by his favorite band and DeSomer had blasted it on the radio for his peers who were about to rehearse for “The Addams Family” musical, which would debut at the school in exactly one week.

This wasn’t the time for slowing down.

“I need to pump up myself and everybody around me,” DeSomer said of what it takes for him to get into the character of Gomez, the father in the Addams family.

“He’s a fun-loving character — he’s never really sad or angry,” said the PHS junior. “He always wants the best for his family.”

Senior Rachel Benck employs a quieter approach in preparing for her portrayal of the Addams family’s matriarch, Morticia. It requires a lot of thinking, she said. On Thursday, she served as a coach for her understudy, Adeline Biehl. She shared with the freshman what she’s learned along the way to her fourth and final musical for the school.

“When you’re on stage, you’re no longer yourself: You’re the person you’re portraying,” Benck said a few minutes after wishing Biehl good luck.

Being a mentor gave her more time to reflect on those four years in musical theater — how she hopes to stay involved in them even while she studies law at St. Norbert College in De Pere.

“I spend a lot of time thinking about how characters would react to certain situations, and I so think of Morticia as a person rather than a character,” Benck said. “She’s the woman of the house, she’s large and in charge and she knows her worth and won’t let anyone tell her otherwise.”

“This is when everything comes together,” Edmondson said of Thursday’s rehearsal. “Before tonight we’ve worked on everything in pieces — the vocals, the music, the lighting, and now we’re seeing the big picture.”

Their musical is based on the book by Marshall Brickman and Rick Elice and features music and lyrics by Andrew Lippa — the musical is “quite different” from the popular film released in 1991, Edmondson said.

“It’s also a much more current Broadway show than what we’ve done in the past,” Edmondson said of the production that follows last year’s production of “Cinderella.”

“Everyone wanted something quirkier.”

Said DeSomer: “You should definitely expect a lot of one-liners. If you stop listening for one second, you’ll miss a joke and everyone around you will be laughing.”

But there’s more to “The Addams Family” than funny jokes, DeSomer and Benck said. The action of the story begins after Gomez and Morticia’s daughter, Wednesday, brings home a new boyfriend from a straight-laced family.

The musical ultimately features themes of being yourself, how love conquers all and how “crazy is underrated,” Benck said.

“It really is its own entity,” Edmonson said of “The Addams Family” musical. “Everyone has really stepped into their roles, and it’s really exciting to see.”

What: "The Addams Family," a Portage High School musical

Trish Trinrud is compiling a list of people to thank and it is understandably long.

Timing is everything in Portage High School's 'Unnecessary Farce'

Good timing means everything for the actors in “Unnecessary Farce.”

Trapshooting a 'lifetime sport' for students in Portage

Sometimes the country song “Beautiful Crazy” plays in the head of Emma Ashbrook when she walks to the trap line at the Portage Rod and Gun Club.

20-plus years of musicals honored at Portage High School

It’s not too late for Portage youth to enroll in summer theater programming.

MADISON — Portage High School students took their place in the spotlight June 9 during the Jerry Awards ceremony at the Overture Center in Madison.

'Good for the soul': New seasons begin at Portage Center for the Arts

Making time for the arts is probably easier than most people think.