Columbia County dispatch received a call at 2:22 a.m. regarding the collision near the intersection of Highway 16 and Dunning Road where one of the drivers had fled the scene into a wooded area while law enforcement responded to the scene, Sheriff Roger Brandner said.

The driver of the other vehicle — James Wilkens, 28, of Beaver Dam — was also arrested on a charge of driving while intoxicated, first offense, and he eventually was released to a responsible party.

Investigators determined that Gay was traveling west on Highway 16 when he crossed over the center line and hit Wilkens, who was driving east on Highway 16, Brandner said. Neither man was injured.

The sheriff’s office was assisted by Divine Savior EMS and Blystone’s Towing.

Online court records show Gay was charged with his fifth or sixth OWI in July 2019 in Columbia County and he is scheduled to returns to court on that charge July 30.

A 73-year-old Poynette woman is charged with child abuse for allegedly choking a 12-year-old girl during an argument.

A 54-year-old Middleton man is accused of destroying a yard and stealing more than $2,500 for a landscaping project he never completed in Colu…

A 43-year-old Lodi man allegedly became upset about his roommates attending a protest in Madison and threatened to shoot them in his driveway. 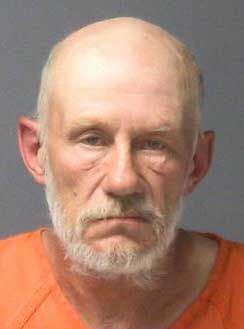