Jason D. Fox, 41, Mount Prospect, Illinois, faces up to three years and six months in prison for the felony attempt to flee an officer and is also charged with misdemeanors of THC possession and drug paraphernalia possession.

In the late evening of Dec. 28, a Wisconsin State Patrol trooper responded to report of a dark-colored pickup truck that had hit a milepost sign on the interstate, where he found Fox weaving heavily across both lanes of traffic, according to the criminal complaint. The trooper observed Fox weaving from the right shoulder to the median shoulder at speeds varying from 30 to 60 mph as it rained outside and the roads were wet.

The complaint states that Fox continued weaving at speeds of about 50 mph when the trooper activated his emergency lights and tried to stop the vehicle. The trooper positioned his cruiser in the left lane and directed a spotlight into the driver’s window as Fox increased his speed to over 70 mph and nearly hit an exit sign at Highway 33.

Due to the rainy conditions, increased speed and dangerous driving behavior, the trooper reportedly turned off his emergency lights and continued to follow Fox until other units could join his pursuit. Fox then nearly hit a semi-truck that was stopped on the right shoulder, swerving at the last moment to miss it by only inches. The trooper reactivated his emergency lights and Fox eventually pulled over at a rest area at mile marker 112 in the town of Dekorra.

The complaint states that Fox would not open his door for the trooper at the rest area. When Fox reached for his center console, the trooper removed him from the vehicle. The trooper smelled a strong odor of intoxicants and observed that Fox could barely walk and was off balance. His eyes were red and glassy and his speech was slow and slurred. Fox swayed back and forth even while steadying himself on the tailgate of his truck.

Fox reportedly sobbed and begged the trooper to “just look the other way this time.” When Fox was handcuffed and seated in the backseat of the squad car, he became agitated and said, “I should fight you just so I can win something tonight.” The trooper observed damage to the truck consistent with striking a milepost sign and inside Fox’s center console found a baggie of marijuana and a pipe commonly used to smoke marijuana.

Online court records show that Fox, in the same incident, also faces forfeiture charges of first-offense OWI, unsafe lane deviation, failing to stop for an emergency vehicle and drinking intoxicants or inhaling nitrous oxide inside a motor vehicle on a highway.

Fox, who is free after posting his $500 cash bond Wednesday, has a pretrial conference scheduled for Jan. 29 in Columbia County Circuit Court. 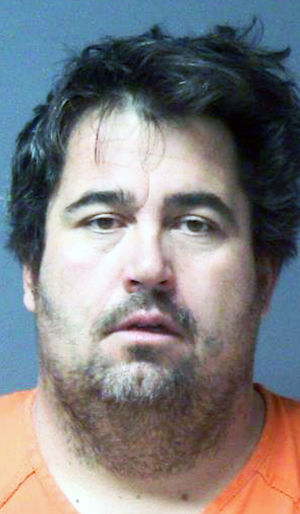